[DOWNLOAD HIGH-RES PHOTO ↓]
// BLURB //
Imagine that. Again? This always happens. The too-fast pitter-patter of hearts too caffeinated to think quite clearly, the gushing that happens after 3 beers and a commonly-shared secret, the pressing of potatoes that happens before they’re fully mashed. Kendall Walton would cry spontaneity, but I’d say that exists next to coincidence in the no-mans-land between the will of consciousness and the dormant desires behind our eyes. Who would have thought that our paths would lead here? Who could have guessed that this small day would be The Day, that this moment would be The Moment? I didn’t know. You didn’t know.
But here we are, and we’re inspired. We’re on top. Our imaginations, hiding until that instant, are now alive and pulsing through this City. J.M.W. Turner painted ships on seas. Monet mimicked water lilies. We imagine Shanghai. We paint it in lights, as it’s meant to be painted. In colors, the way it was born. In dirt and soap and blue-haired denizens who wish only to keep tradition alive atop this beautiful hill.
STATUS
SOLD. Private collection, Woodstock, NY, USA.
EDITION, MEDIA, SIZE & WEIGHT
Unique Edition, Shanghai 2019
RGB LED display, acrylic painting on Plexiglass, paper collage, teakwood frame
65(W)×48(H)×5.5(D) cm // 9.6 kg
TECH SPECS
• 1×SLC SD Card
• 4×MWLPV20-5 (INPUT 100~240VAC@0.55A / OUTPUT 5V@3A)
• 3×RGB P4-L830-8S-1921V3.5 / D180188
CRATE SIZE & WEIGHT
81(W)×61(H)×20(D) cm // 17.5 kg
EXPOSURE
“Perimeters, Edges, and Walls” at island6 Shanghai Main Space​​​​​​​
CREDITS
Gao Lei 高磊 (painting) • Ryan Nimmo (painting) • Zoé Charvériat-Young 杨素儿 (performance) • Thomas Charvériat (art direction & animation) • Yeung Sin Ching 杨倩菁 (production supervisor) • Carlin Reinig (blurb)
CLOSE-UPS 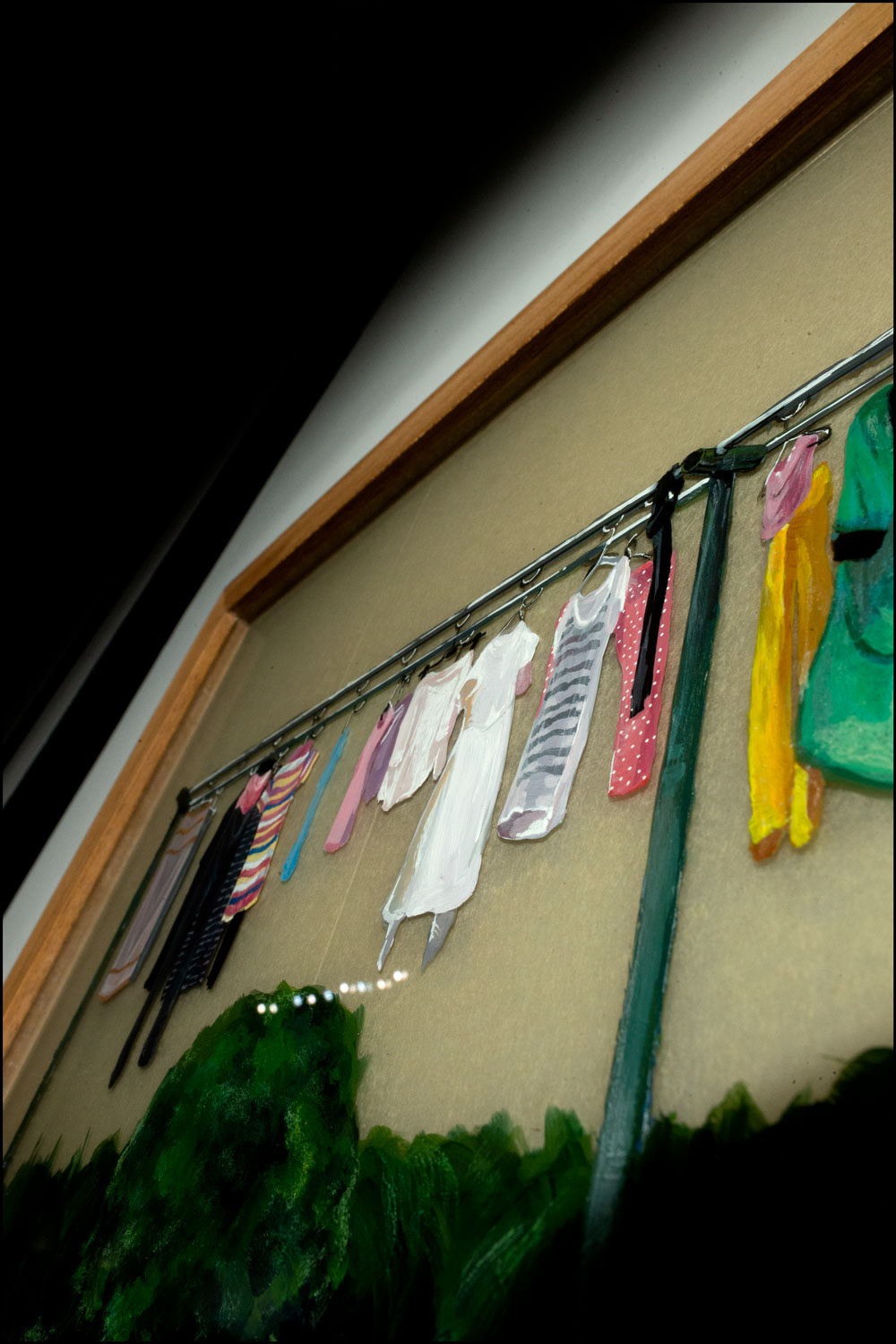 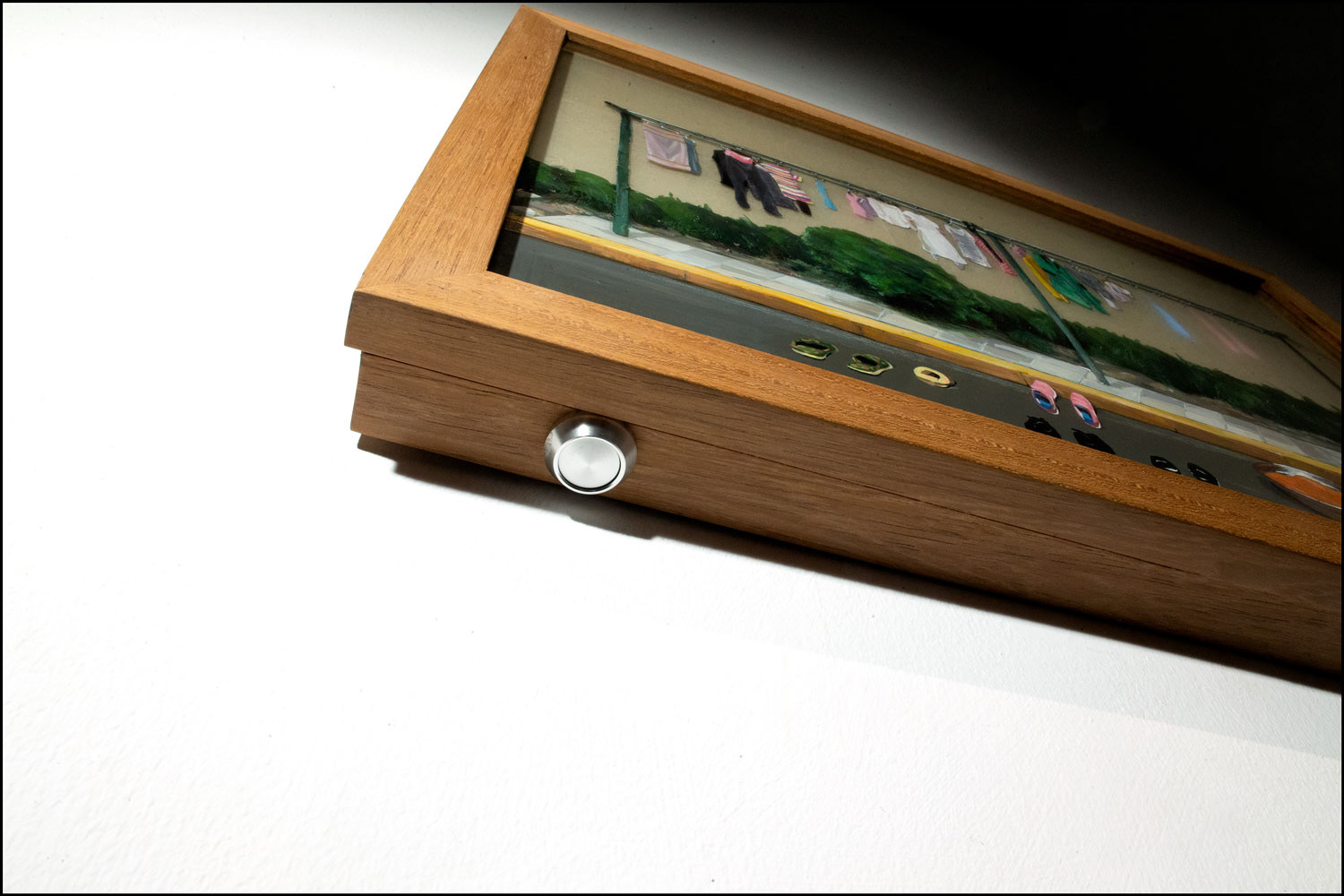 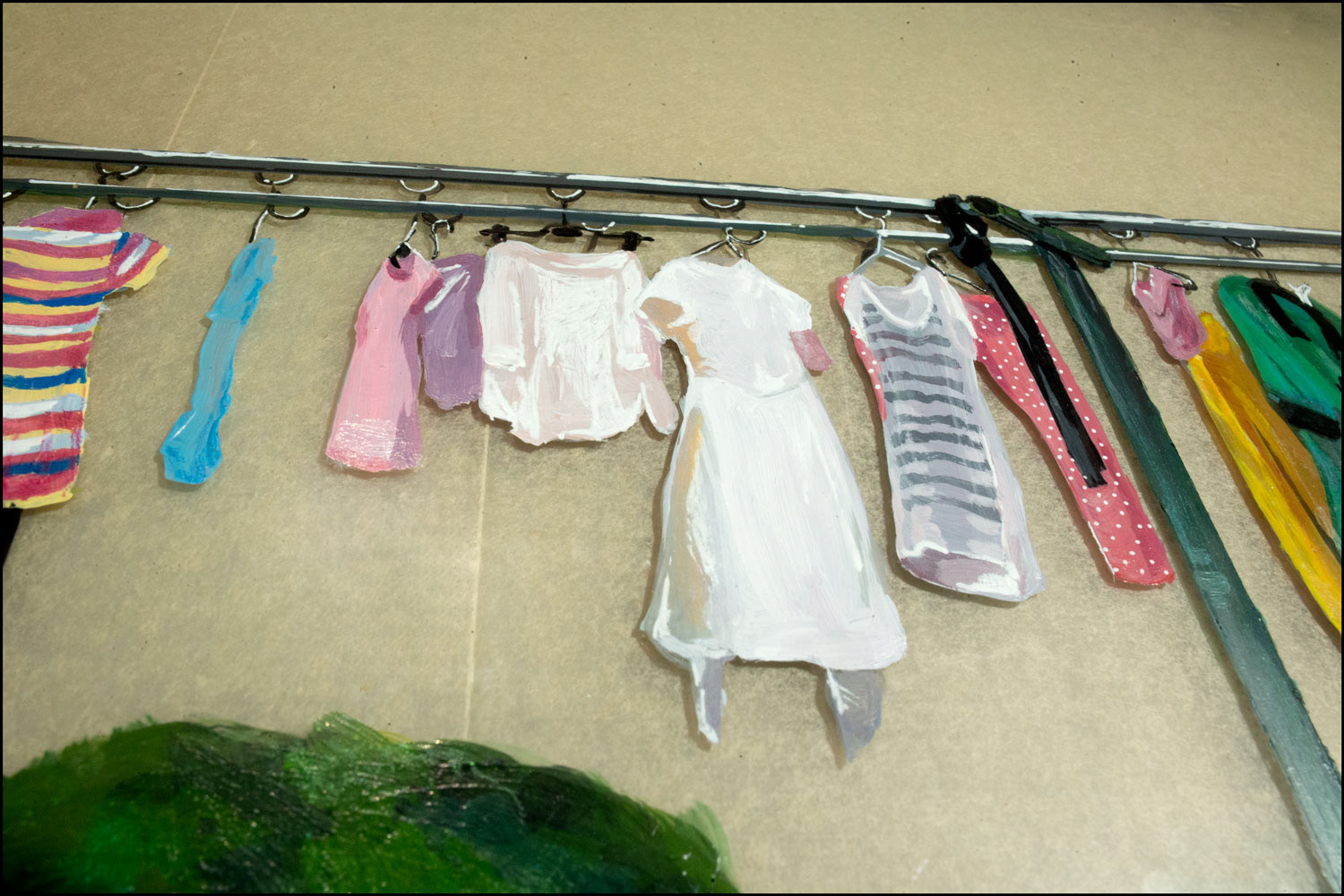 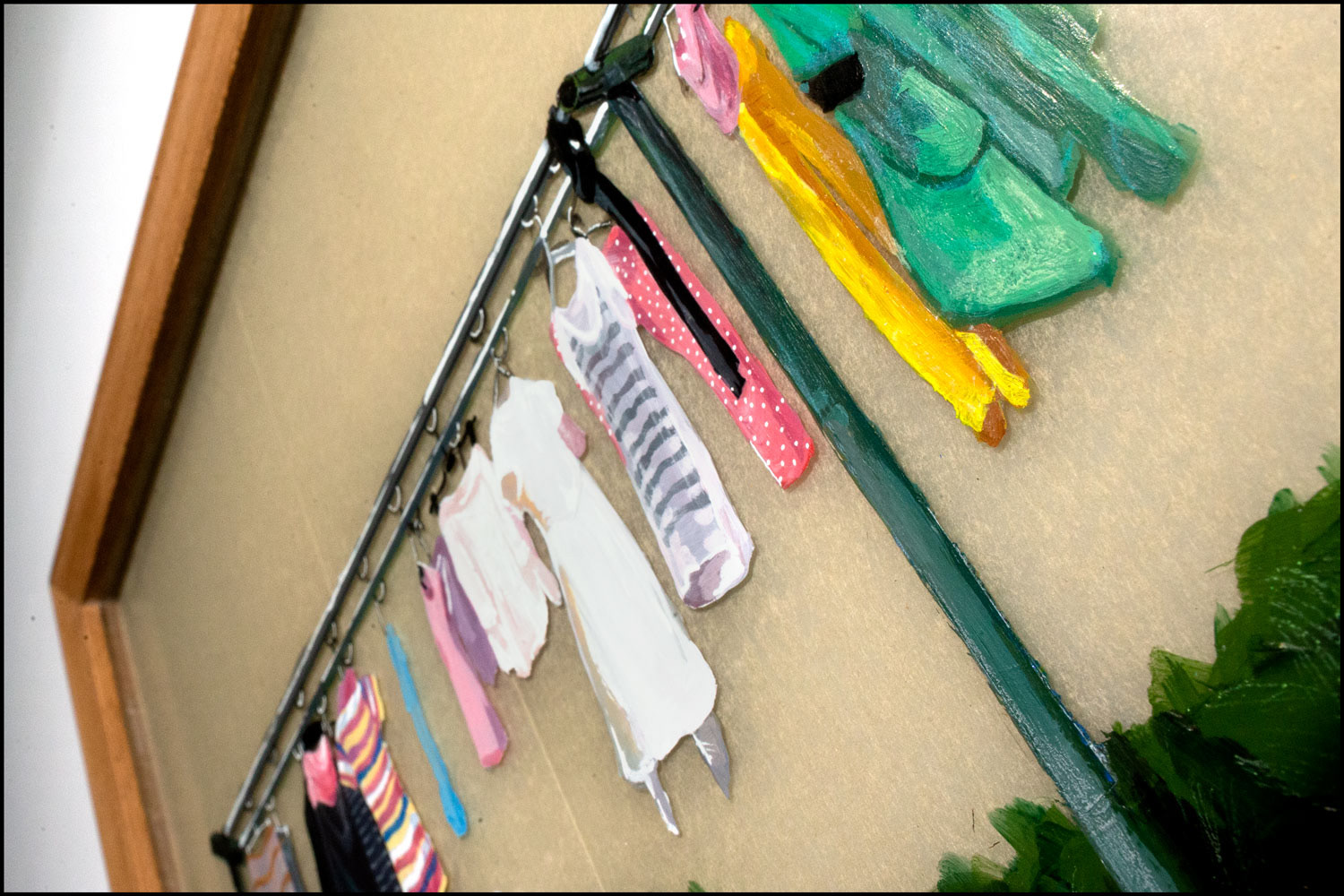 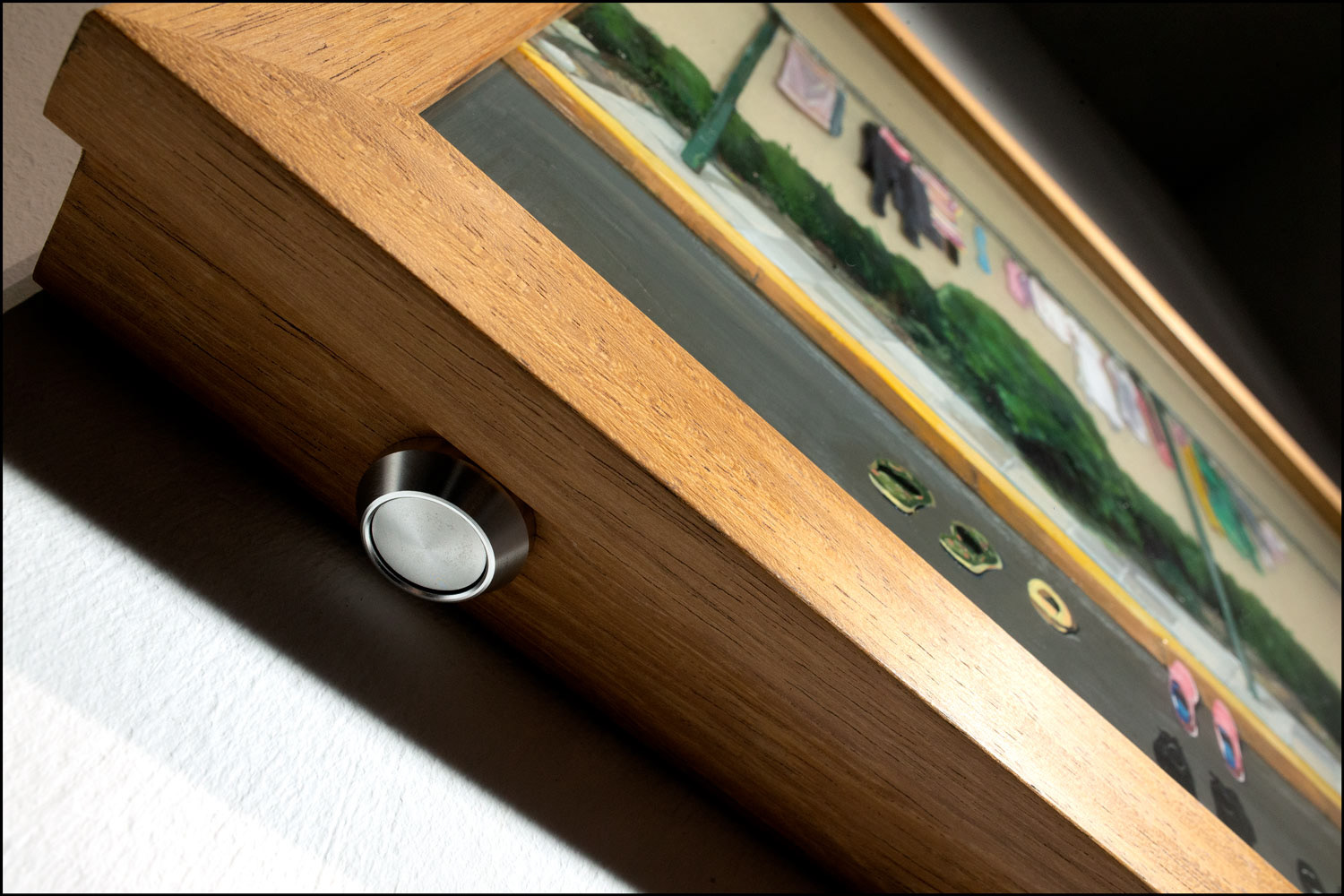 Noise Among The Midnight Green

The Consequence Of Zero

A Sleeping Beauty
↑Back to Top

Insert copy here, which should vary depending on your region. Accept