[DOWNLOAD HIGH-RES PHOTO ↓]
// BLURB //
“Your children are not your children. They are the Sons and Daughters of Life’s longing for itself”—Khalil Gibran, The Prophet
What is your legacy? Better yet, who is your legacy? The things that come and stay until long after their genesis are those things which are revered. In Ancient China, there was an obsession with keeping the “vital energy” within oneself, a sagacity was associated with very carefully not entangling oneself with the world. Ancient Rome had a different notion of preservation, one that revolved around the opposite, of directly entangling oneself to tame nature and barbarians and bend all to your will. The meteoric impact of Roman civilization is what has won out in the West, and by proxies of power structures, in China too. Might makes right? Maybe for the Master. But for the Builder, the concept of rightness-beyond-fact is foreign…the Builder deals in impact, in results. He trades not only in history and literature, but in good humor and good friends. The Builder has the tools and experience to make it happen, and so does. His craft is not about dominion, but about sharing in the pleasures of life. He wins, not because he wants to win but because winning is his nature. He is the recorder of the past and the oracle for a good and kind future. The Builder builds. Then there are those who re-Build, those whose inheritances are insufficient for the problems of the time or those like Joan Fontcuberta who imagine a very different world from the one he got. There are other re-Builders too—Sherry Levine, Richard Prince, Barbara Kruger—whose primary form of building is to question, disrupt, imitate…and who doesn’t love a good imitation? You know what they say: history is written by the winners… and the artists!
STATUS
SOLD. Private collection, Phuket.
EDITION, MEDIA, SIZE & WEIGHT
Unique Edition, Shanghai 2019
RGB LED display, acrylic painting on Plexiglass, paper collage, black-stained teakwood frameframe
120(W)×120(H)×5.5(D) cm // 44.2 kg
TECH SPECS
• 2×SLC SD Card
• 5×MWLPV-60-5 (INPUT 100~240VAC@1.2A / OUTPUT 5V@8A)
• 1×MWLPV20-5 (INPUT 100~240VAC@0.55A / OUTPUT 5V@3A)
• (15+1 spare)×RGB P4-1921-64X32-8S-S1 / SWP4190826XMJF-0238/7112
CRATE SIZE & WEIGHT
131(W)×131(H)×21(D) cm // 86.5 kg
EXPOSURE
“Perimeters, Edges, and Walls” at island6 Shanghai Main Space​​​​​​​
CREDITS
Wang Tie Zhong 王铁中 (painting) • Zhang Tian Yi 张天伦 (performance) • Thomas Charvériat (art direction & animation) • Yeung Sin Ching 杨倩菁 (production supervisor) • Iris Gardener (production assistant) • Carlin Reinig (blurb)
CLOSE-UPS 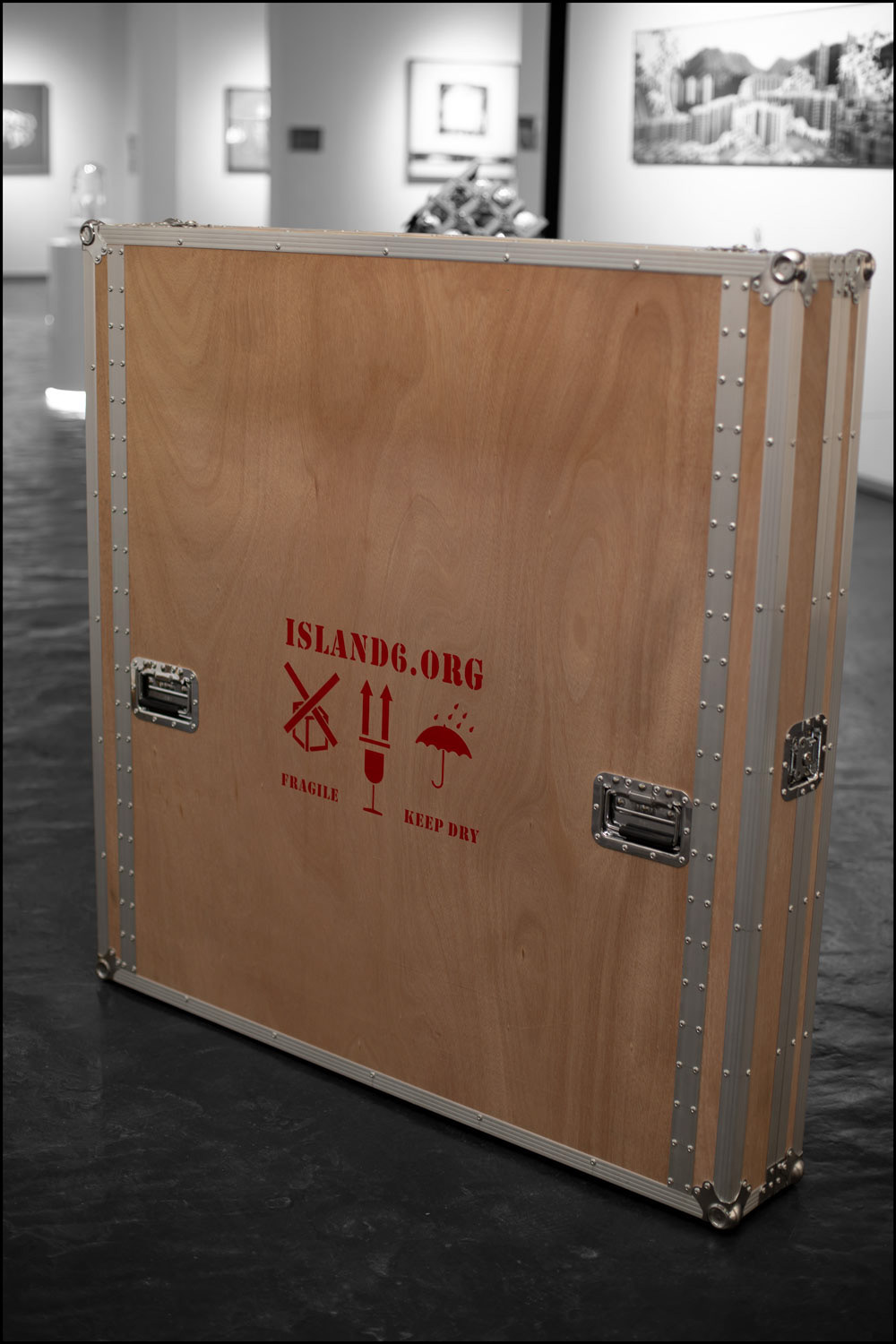 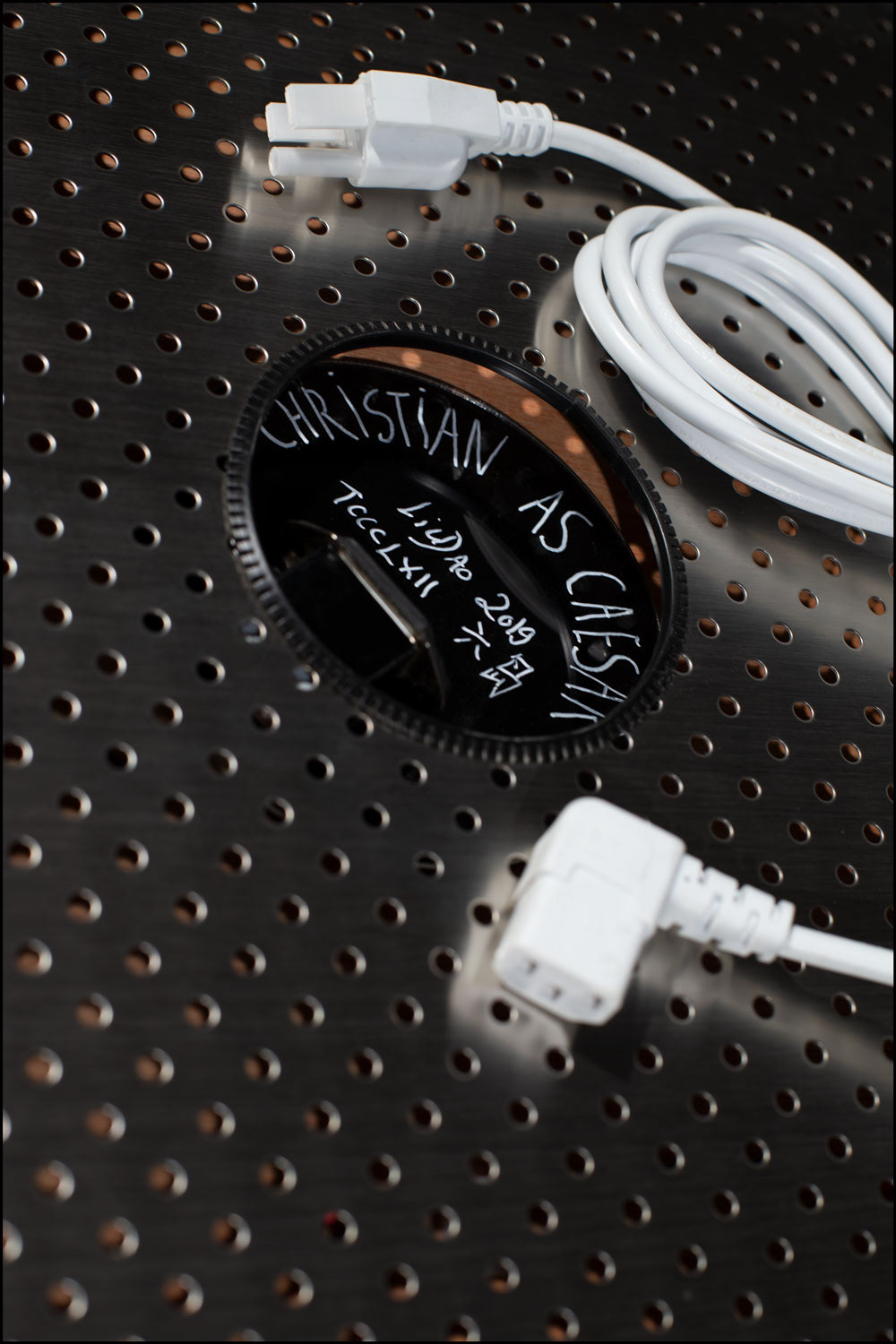 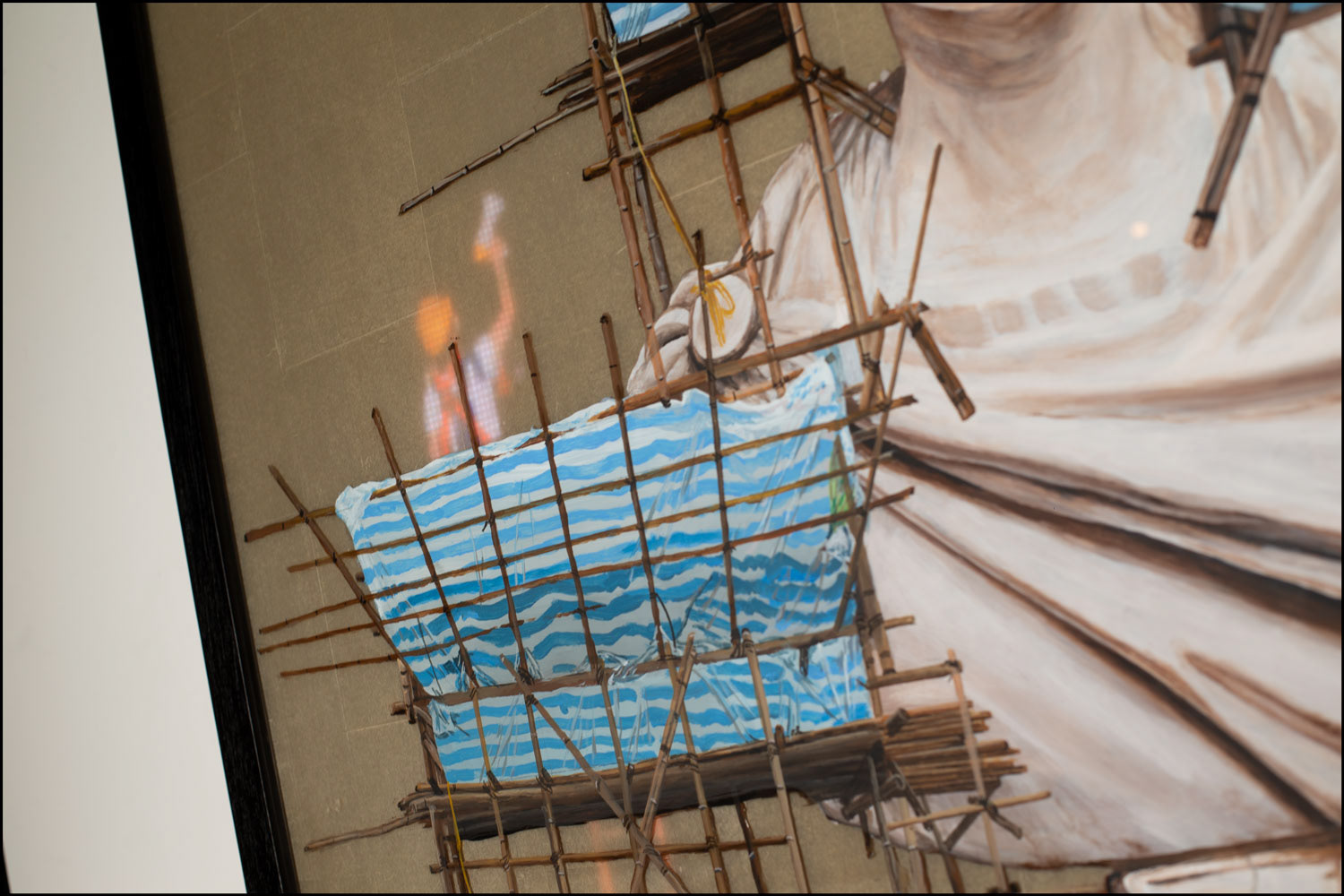 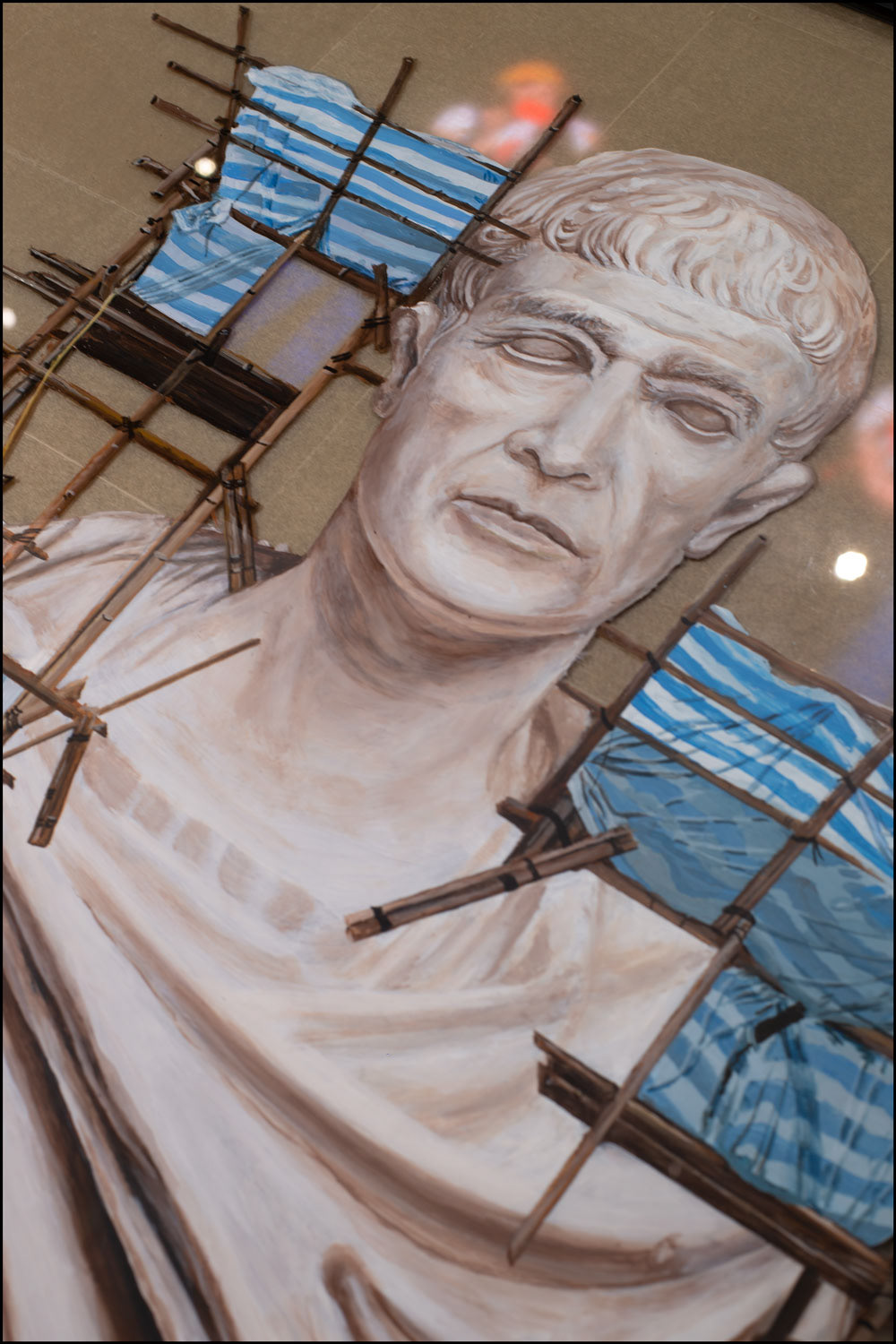 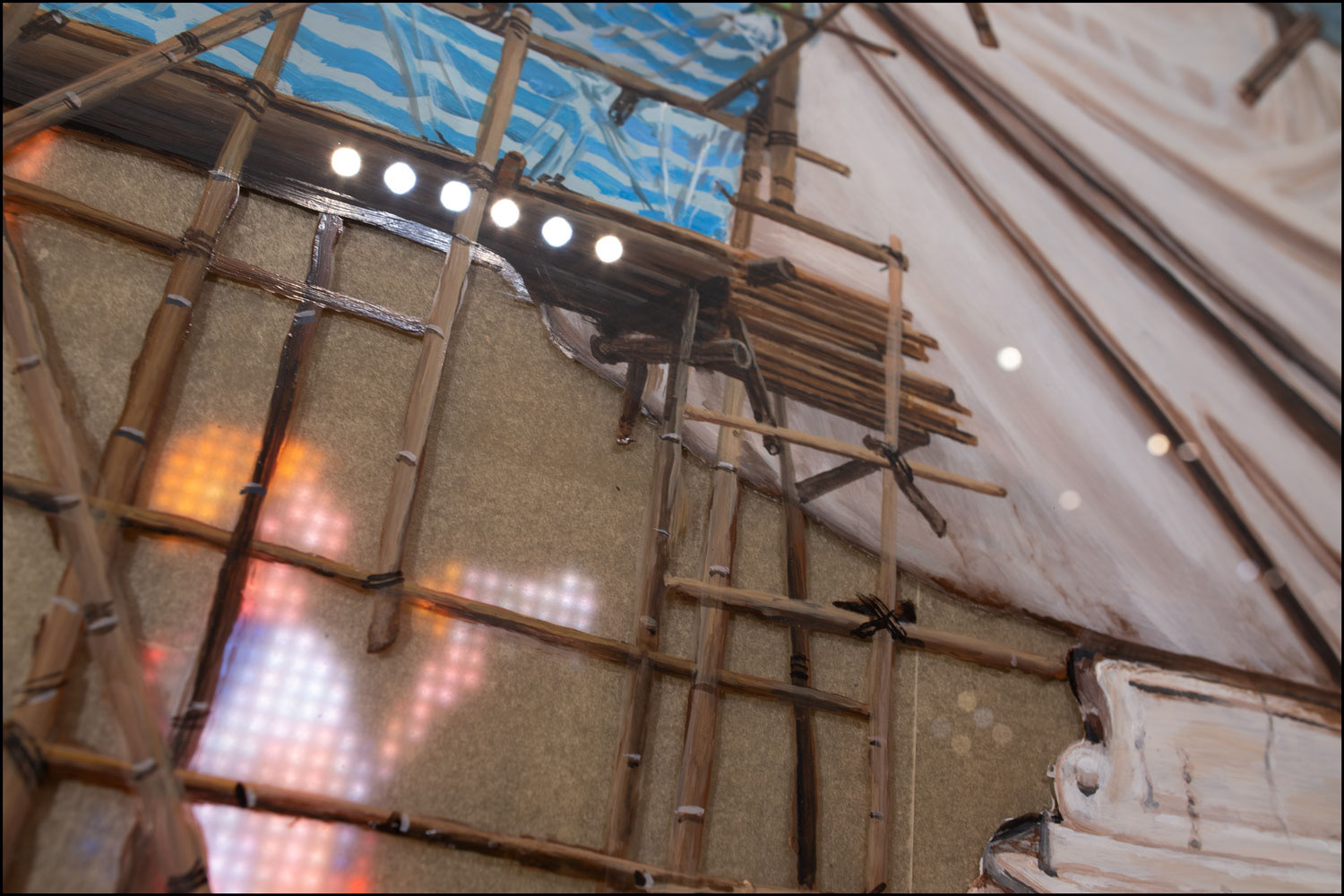 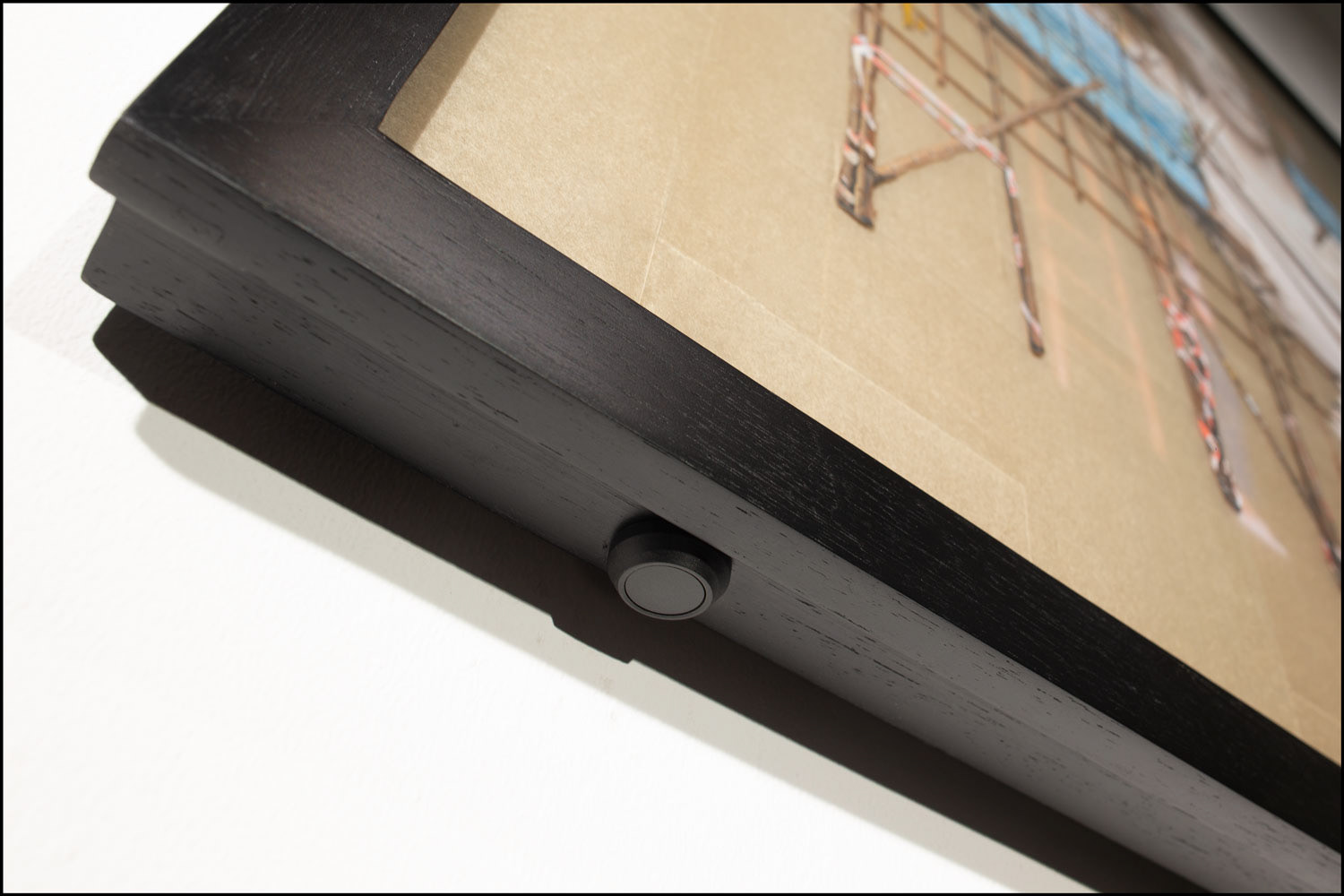 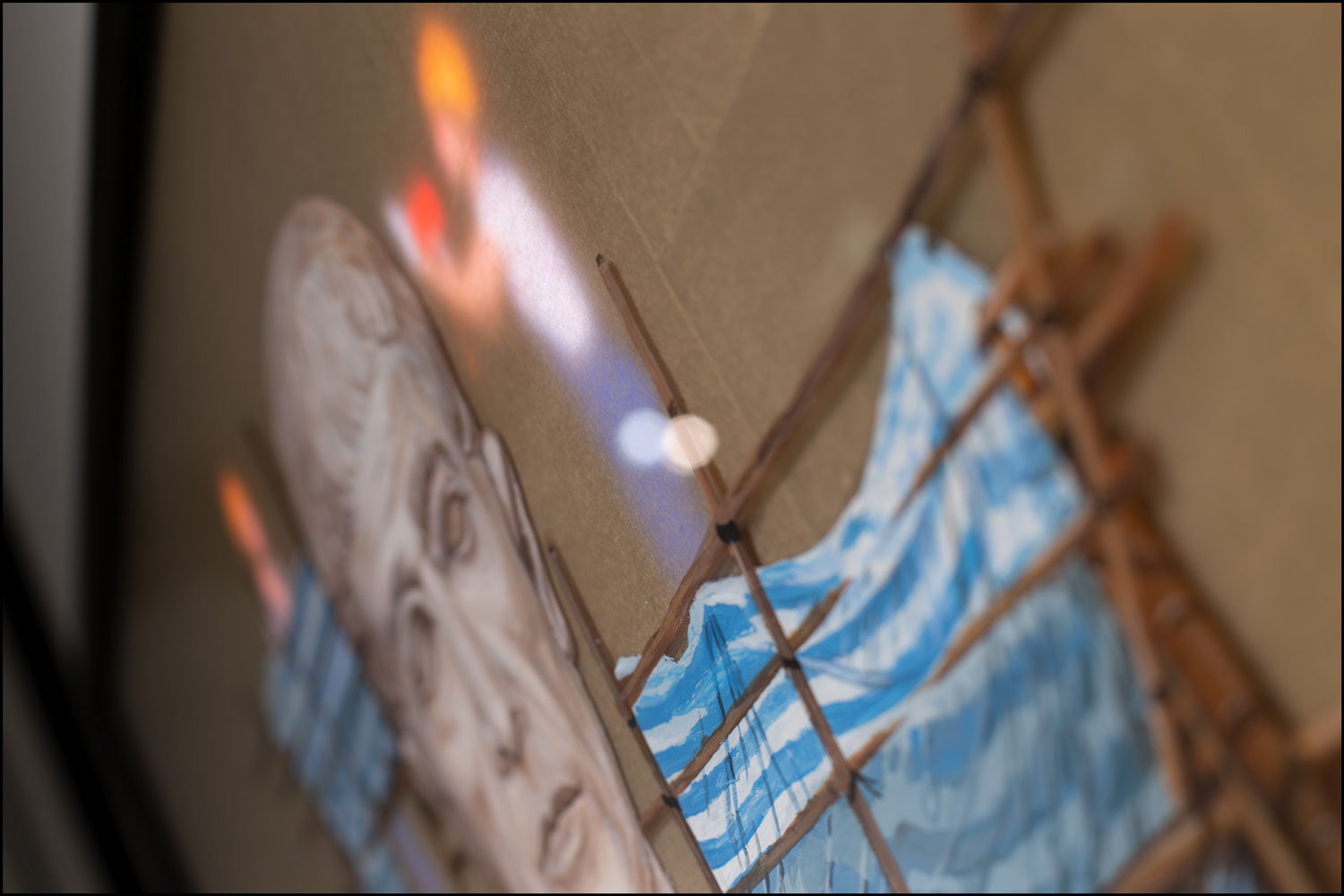 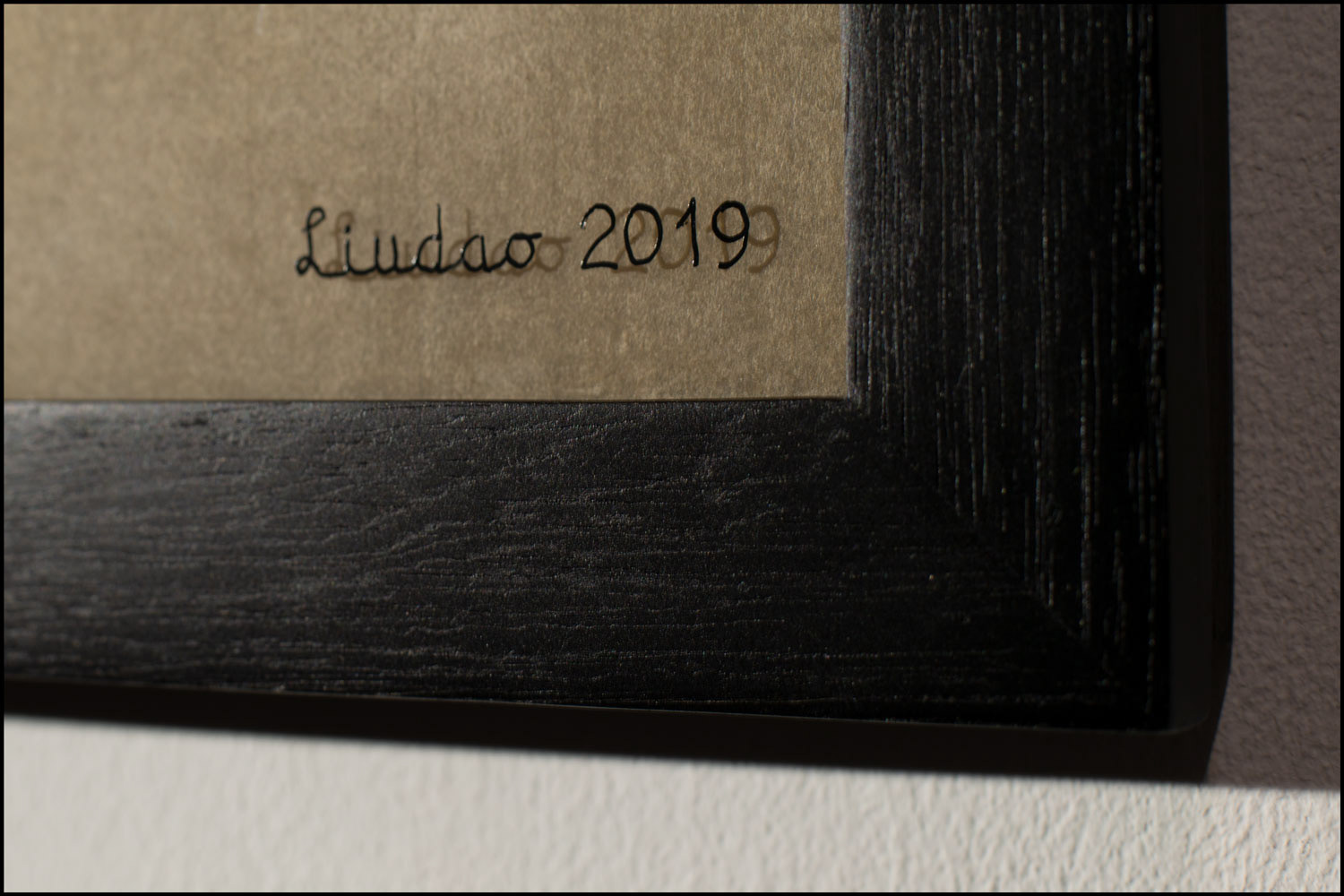 To My Dearly Beloved

Glamour in the Chance

Notice Me, Love Me

In Harmony We Part

Pitter Patter Steps
↑Back to Top