// BLURB //
Edward Bernays changed our world in fundamental and far-reaching ways. Starting as propagandist during wartime in the early part of the 20th century, Bernays saw an opportunity after arriving home to use his skills during peace time. Leveraging his network, he almost single-handedly developed the field of public relations, creating mass desire through mass marketing aimed at the emotional needs of target populations. He did this not just with products, but with public figures and corporations as well. His clients included presidents and mayors, fruit companies and meat companies, and the nation of India. As Sigmund Freud’s nephew, the theory of psychoanalysis was hugely influential to him, namely that human beings should be distracted and suppressed. To him, herd mentality must be engaged and manipulated in order for society to be stable. How excited he must have been with the advent of the television. With this machine you could market all day, every day. The television allowed for a soaking in and reflection of the bottomless emotional torrents of desire. It at once created the conditions for, and also satiated endless hunger. Until the internet, what more could the Bernays of the world ask for?
STATUS
SOLD. Public Collection, Naumi Hotel, Singapore.
EDITION, MEDIA, SIZE & WEIGHT
Unique Edition, Shanghai 2019
TFT display, acrylic painting on Plexiglass, CCD camera, paper collage, black-stained teakwood frame
51.2(W)×51.2(H)×5.6(D) cm // 8 kg
TECH SPECS
• 1×1/3" Sony SUPER HAD II CCD (HS1177) with OSD, 600TVL, 10 mm lens (INPUT DC5~22V)
• 1×TFT 2.4" LCD / (GD24TWD-GTT24P138) - (INPUT DC5V)
• 1×MWLPV20-5 (INPUT 100~240VAC@0.55A / OUTPUT 5V@3A)
CRATE SIZE & WEIGHT
65(W)×65(H)×18.5(D) cm // 21.5 kg
EXPOSURE
“Who Needs Men Anyway?” at island6 Shanghai Main Space​​​​​​​
CREDITS
Owen 欧文 (painting) • Yeung Sin Ching 杨倩菁 (production supervisor) • Thomas Charvériat (art direction & animation) • Carlin Reinig (blurb)
CLOSE-UPS 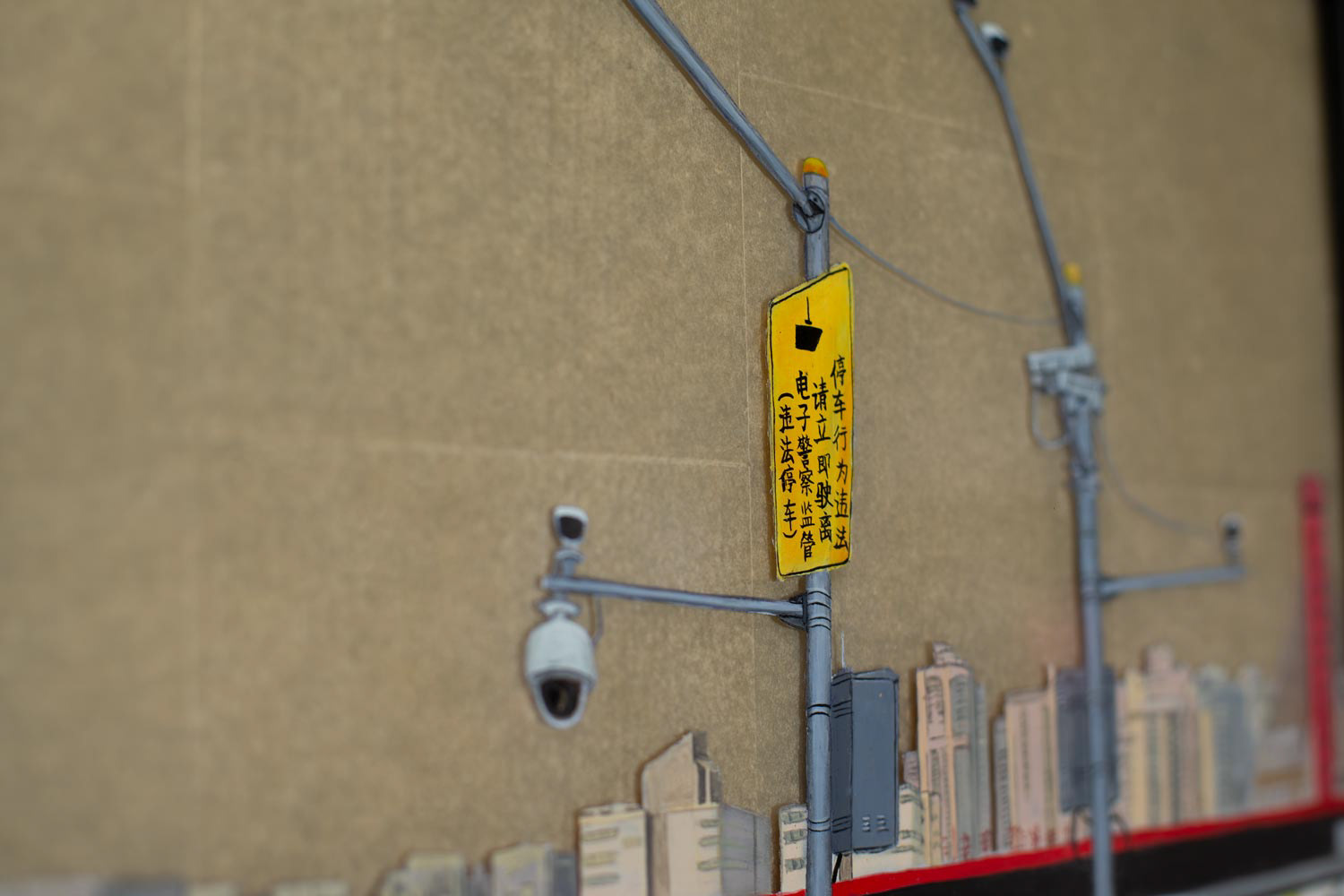 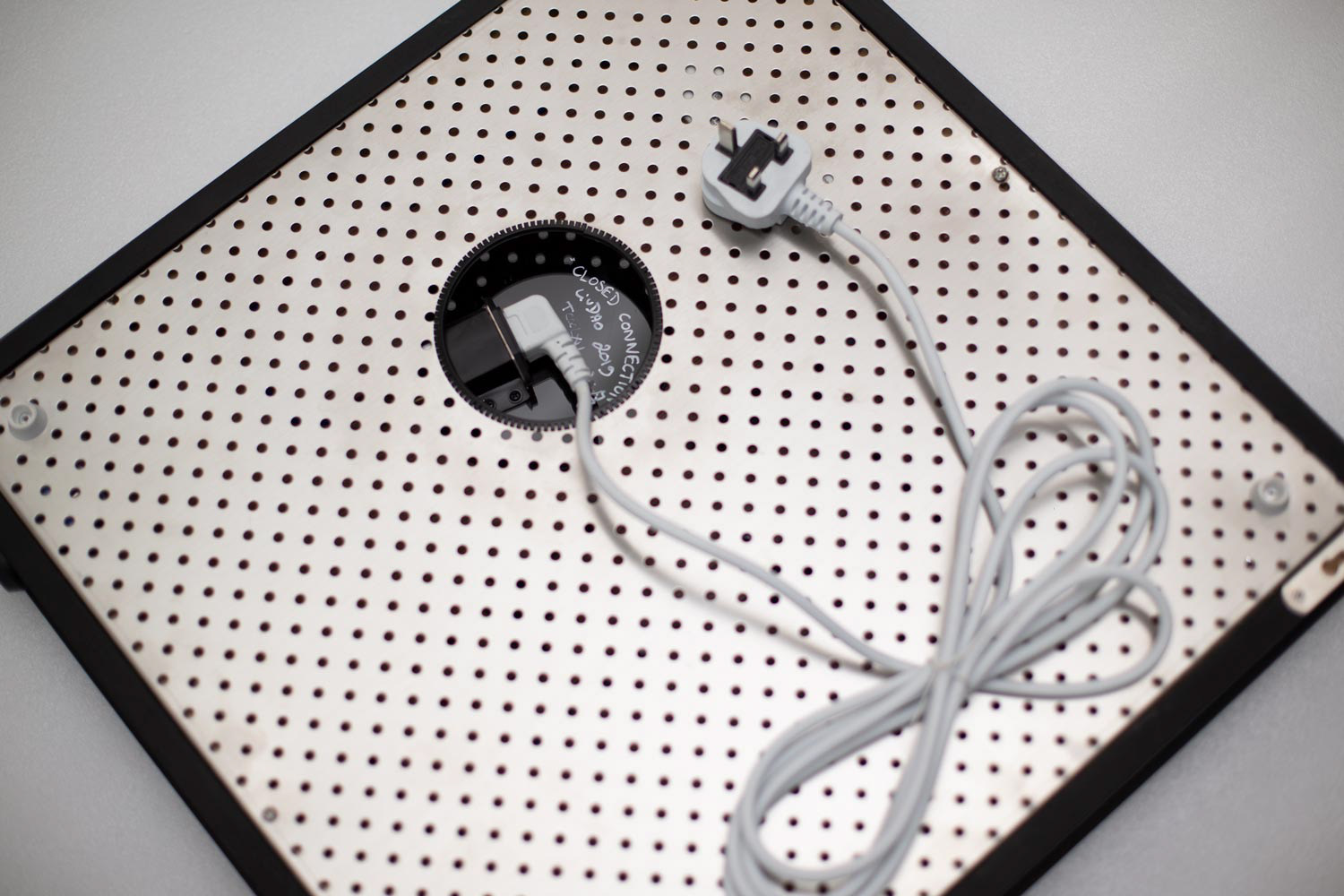 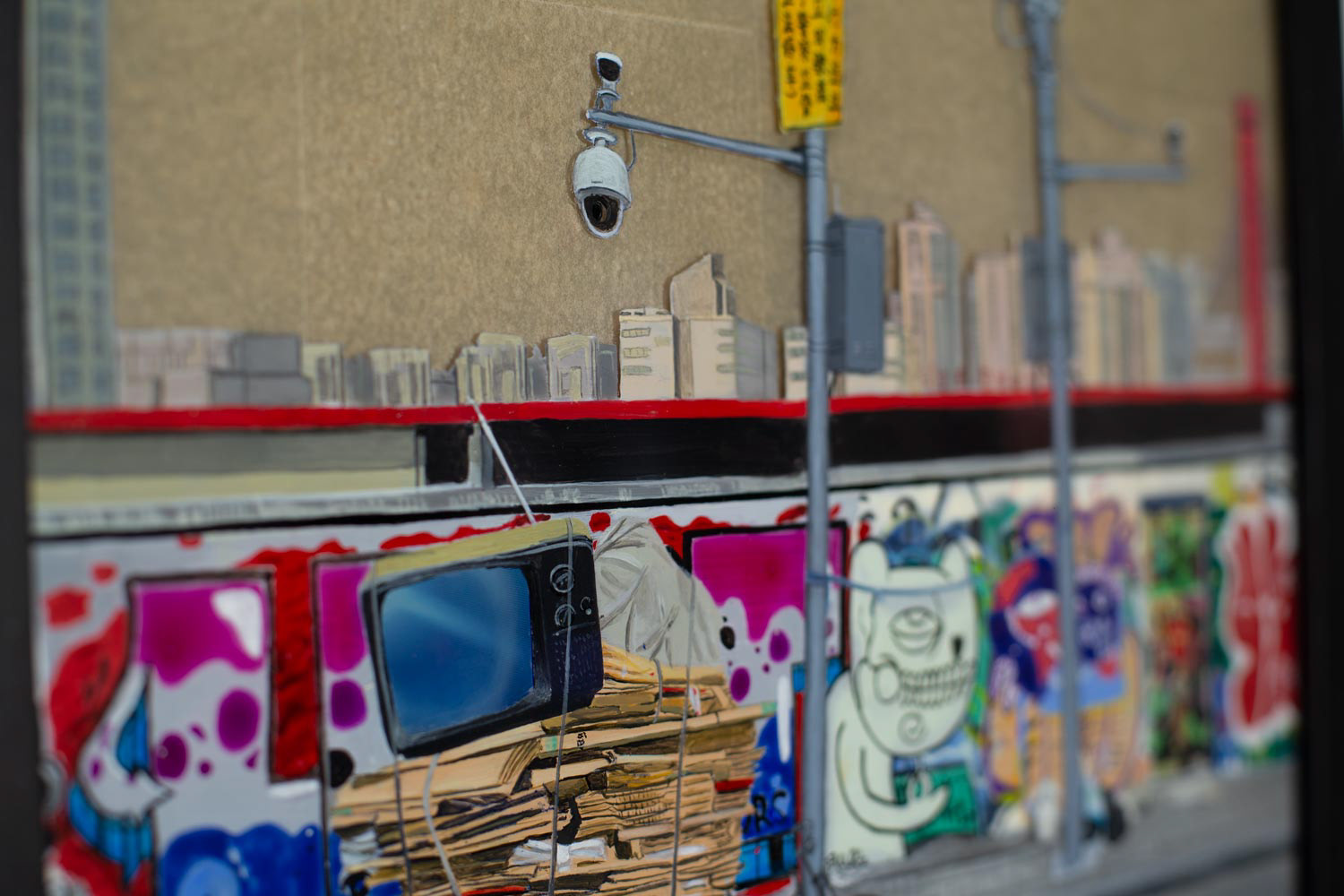 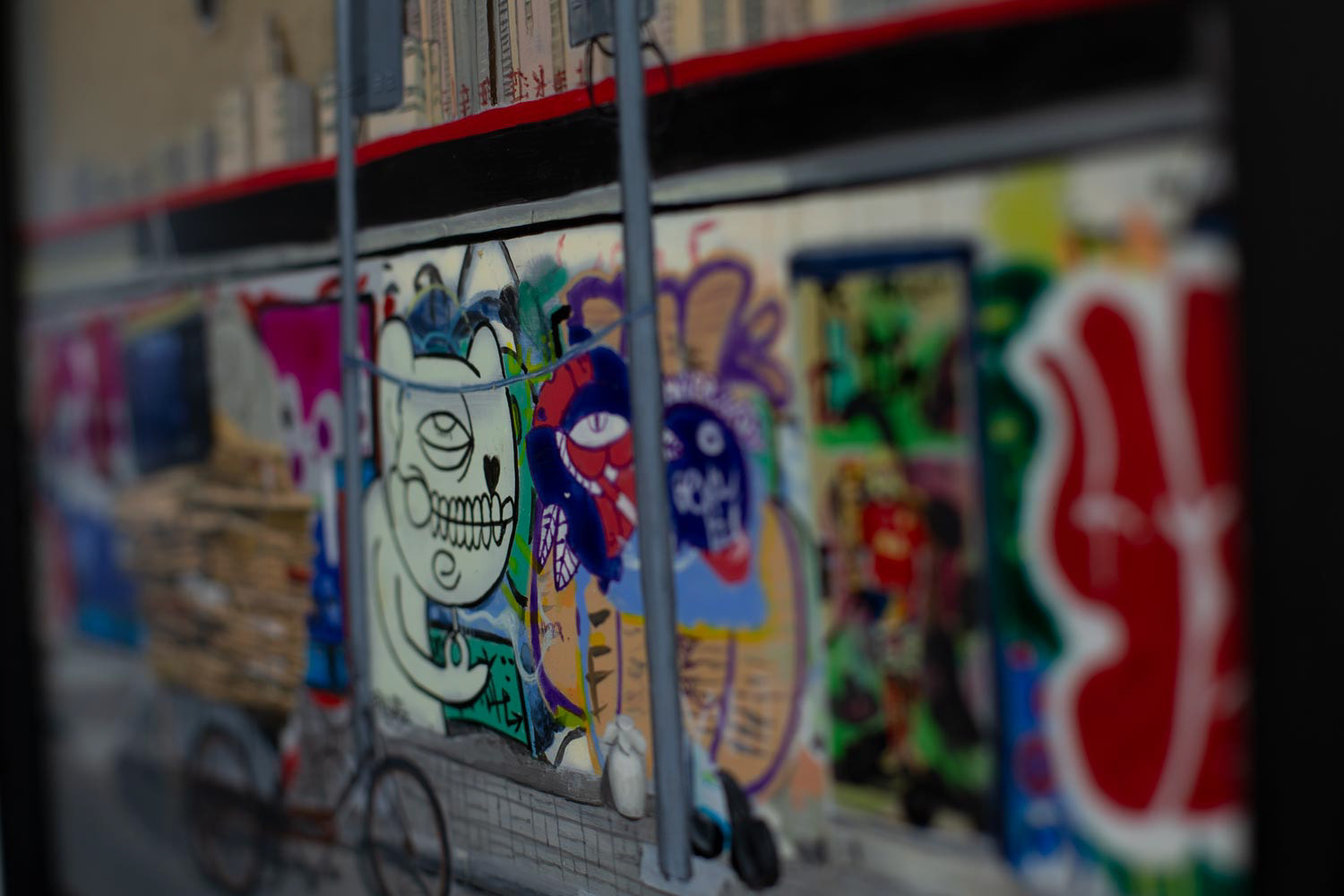 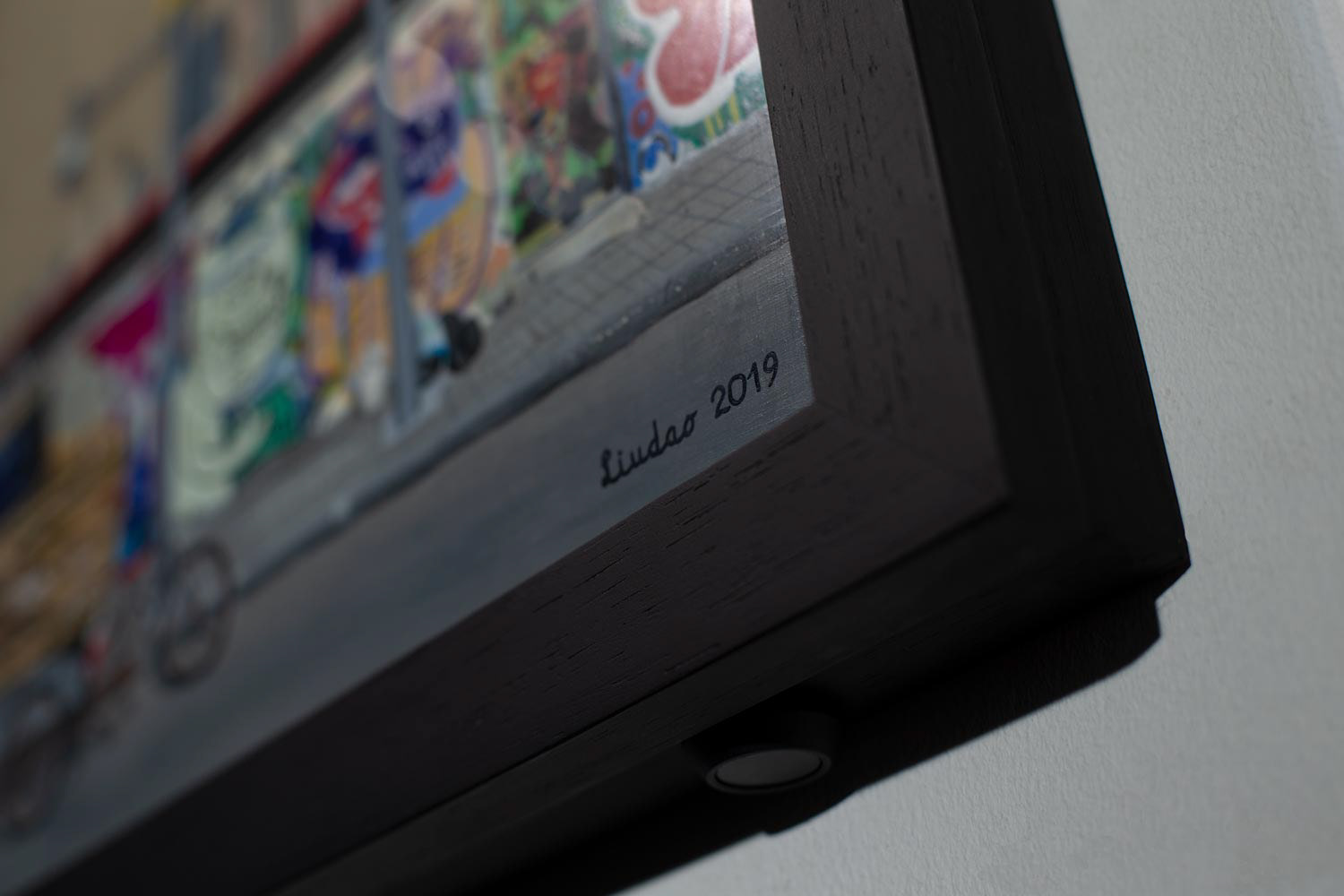 The Curved Shape Of...

Love On The Run

Pajama Jammie Jam
↑Back to Top