// BLURB //
“Green trees against the sky in the spring rain while the sky set off the spring trees in the obscuration. Red flowers dot the land in the breeze's chase while the land colored up in red after the kiss.” - Gayle Forman
Let’s travel back in time to the Tang Dynasty, where legend tells the story of two fortunate lovers. A student was on his way to the capital to take a royal examination. During his journey through a mountainous region, he fell ill and was found by an herbalist and his young daughter. Together they took care of the student until he fully recovered. However, once he regained his strength, it was difficult for him to leave as he had fallen deeply in love. When the time came, she gave him half of a rhyming couplet. He held on to it, clutching it close to his heart and reciting it over and over. Within a few days, the student arrived at the capital and began his examination. The emperor’s final question was for the young man to complete a rhyming couplet, which by chance happened to be the missing half to the girl’s couplet. It was the perfect match for the emperor’s request who declared him the new minister. The student returned to the mountain village and told the story of the two half couplets coming together perfectly as one. Soon, the young couple married and during the ceremony they doubled the Chinese character for “happy” (喜喜) on a red piece of paper and placed it on the walls.
Call it magic or call it fate, some things are just meant to be.
STATUS
Available. Please CONTACT US for inquiries.
EDITION, MEDIA, SIZE & WEIGHT
Unique Edition, Shanghai 2021
RGB LED display, acrylic painting on Plexiglass, Vietnamese linen embedded in hand cast resin, teakwood frame
51(W)×51(H)×5.5(D) cm // 9.7 kg
TECH SPECS
• 1×SLC SD Card
• 4×MWLPV20-5 (INPUT 100~240VAC@0.55A / OUTPUT 5V@3A)
• (3+1 spare)×RGB P4 L830-8S-1921V3.5 / D180264
CRATE SIZE & WEIGHT
65(W)×65(H)×18.5(D) cm // 21.5 kg
EXPOSURE
“The Freaky Deaky island6 Circus Show” at island6 Shanghai
CREDITS
Dong Zhe 董哲 (painting) • Yeung Sin Ching 杨倩菁 (production supervisor) • Thomas Charvériat (art direction & animation) • Tiara Alvarado-Leon (blurb)
CLOSE-UPS 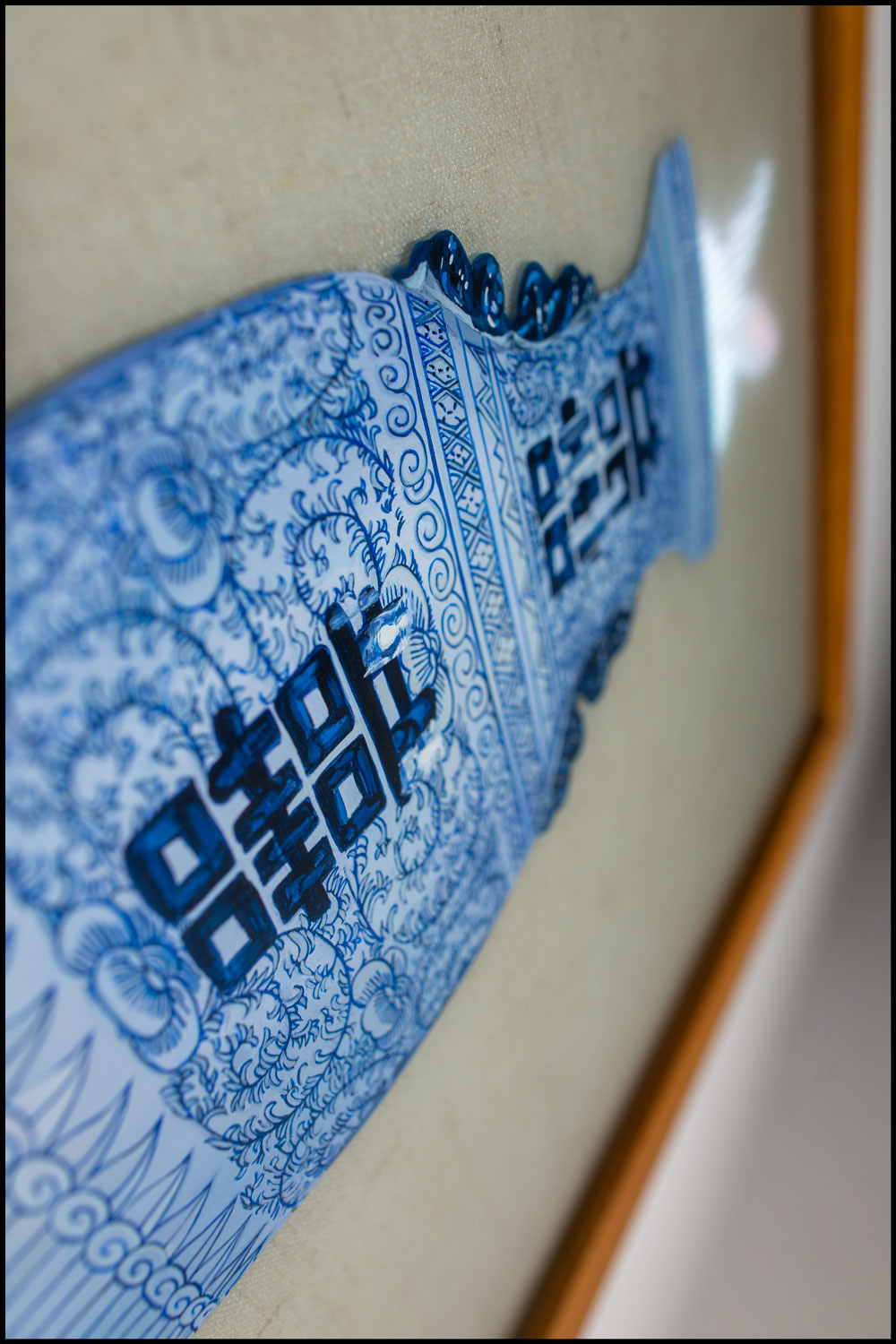 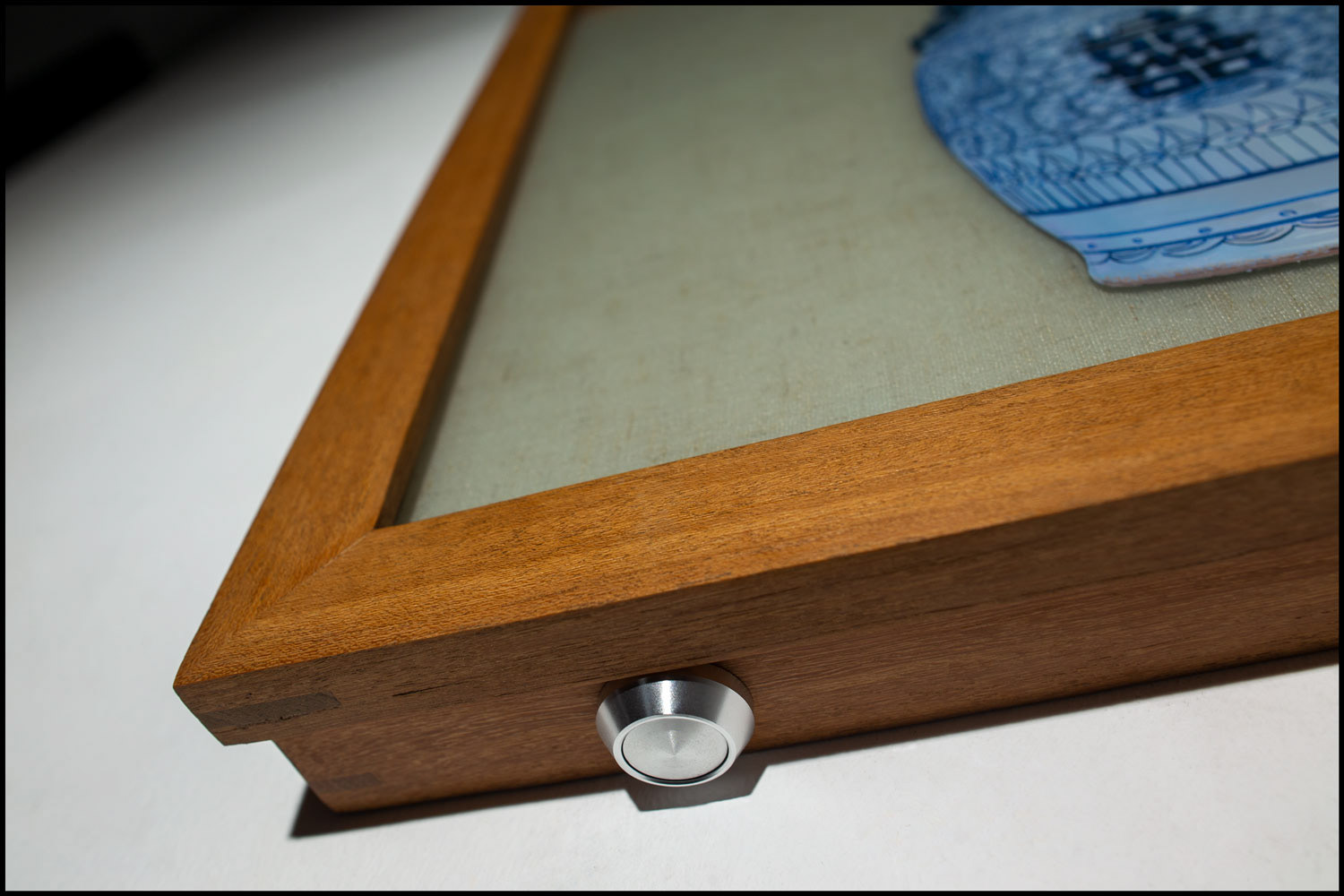 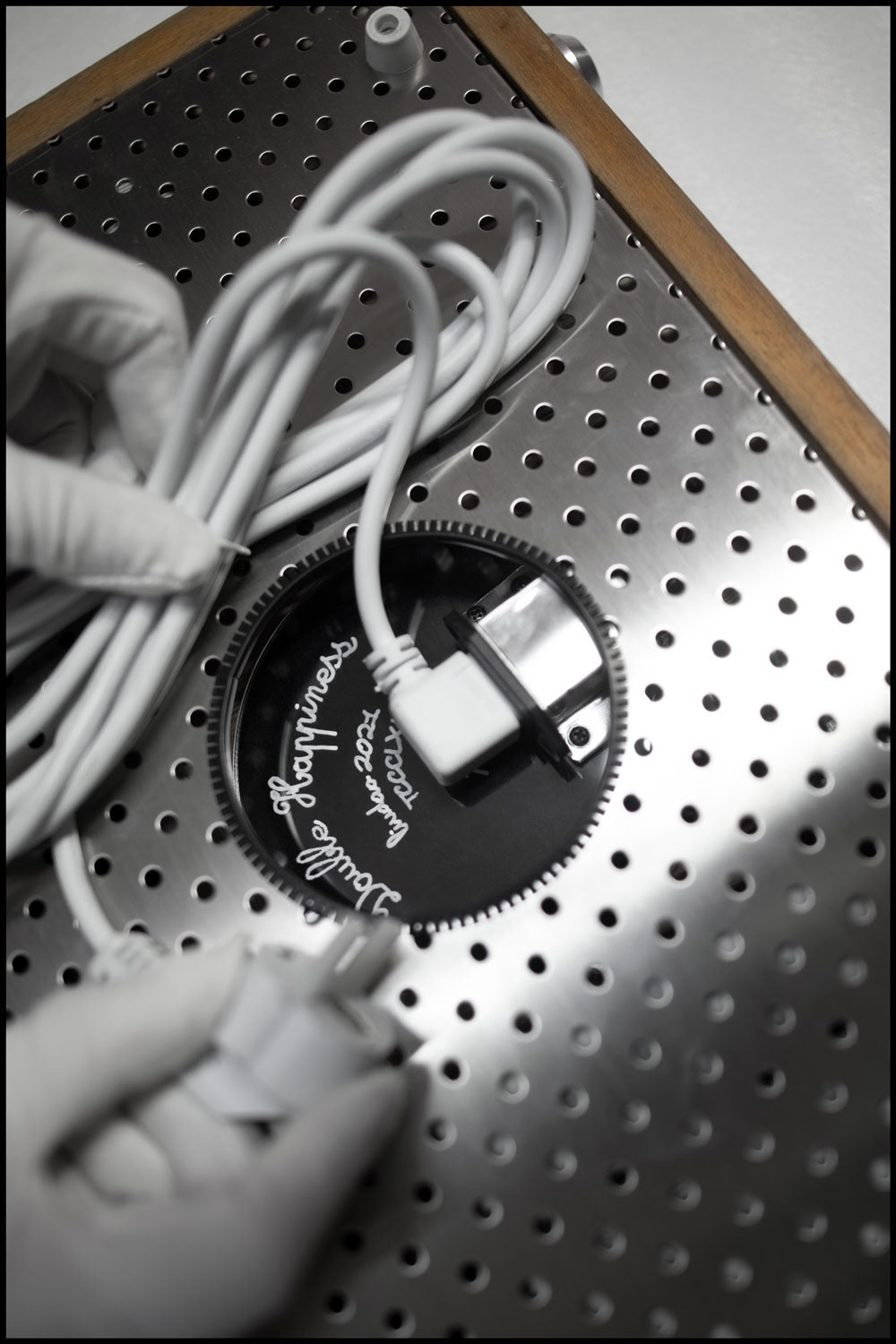 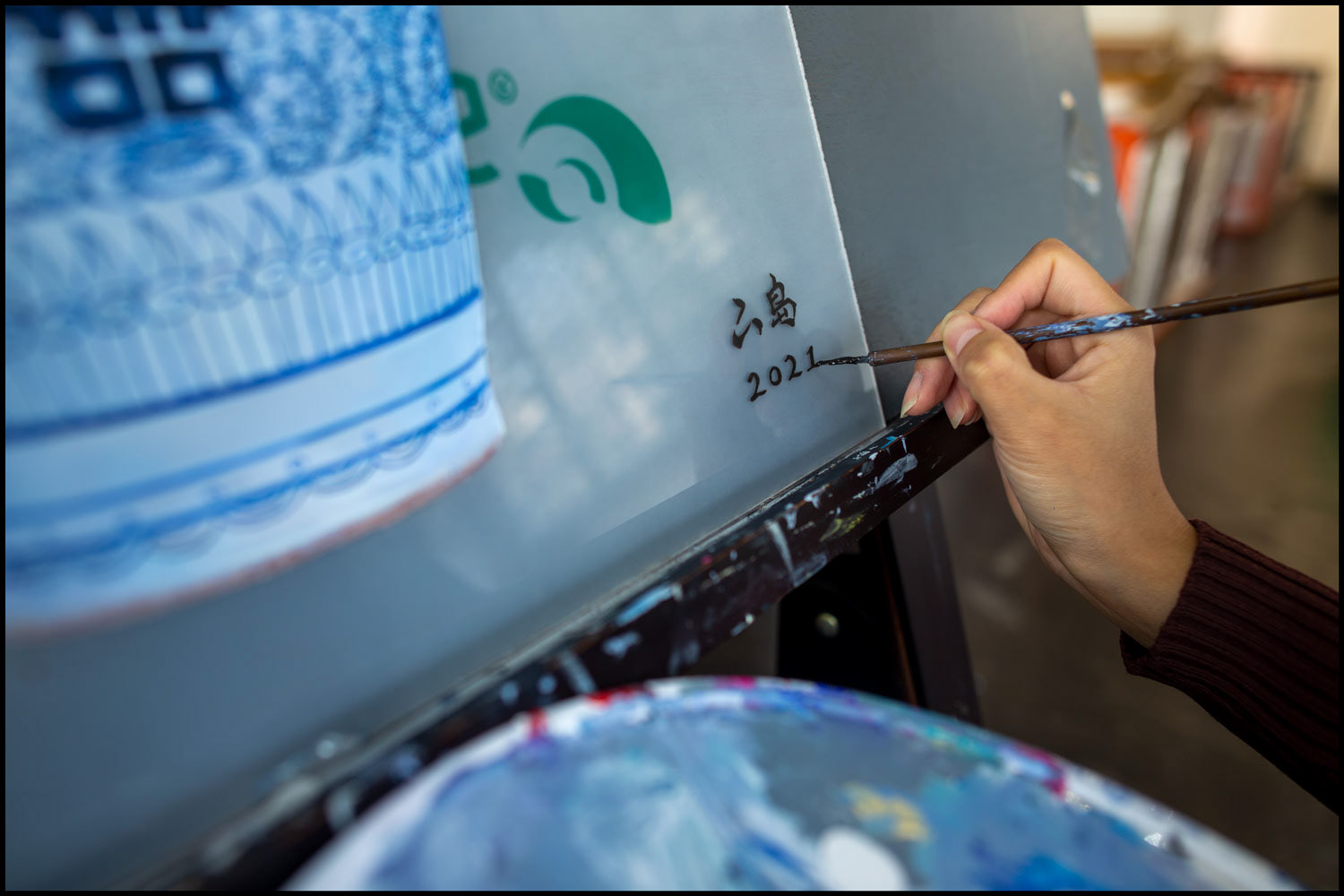 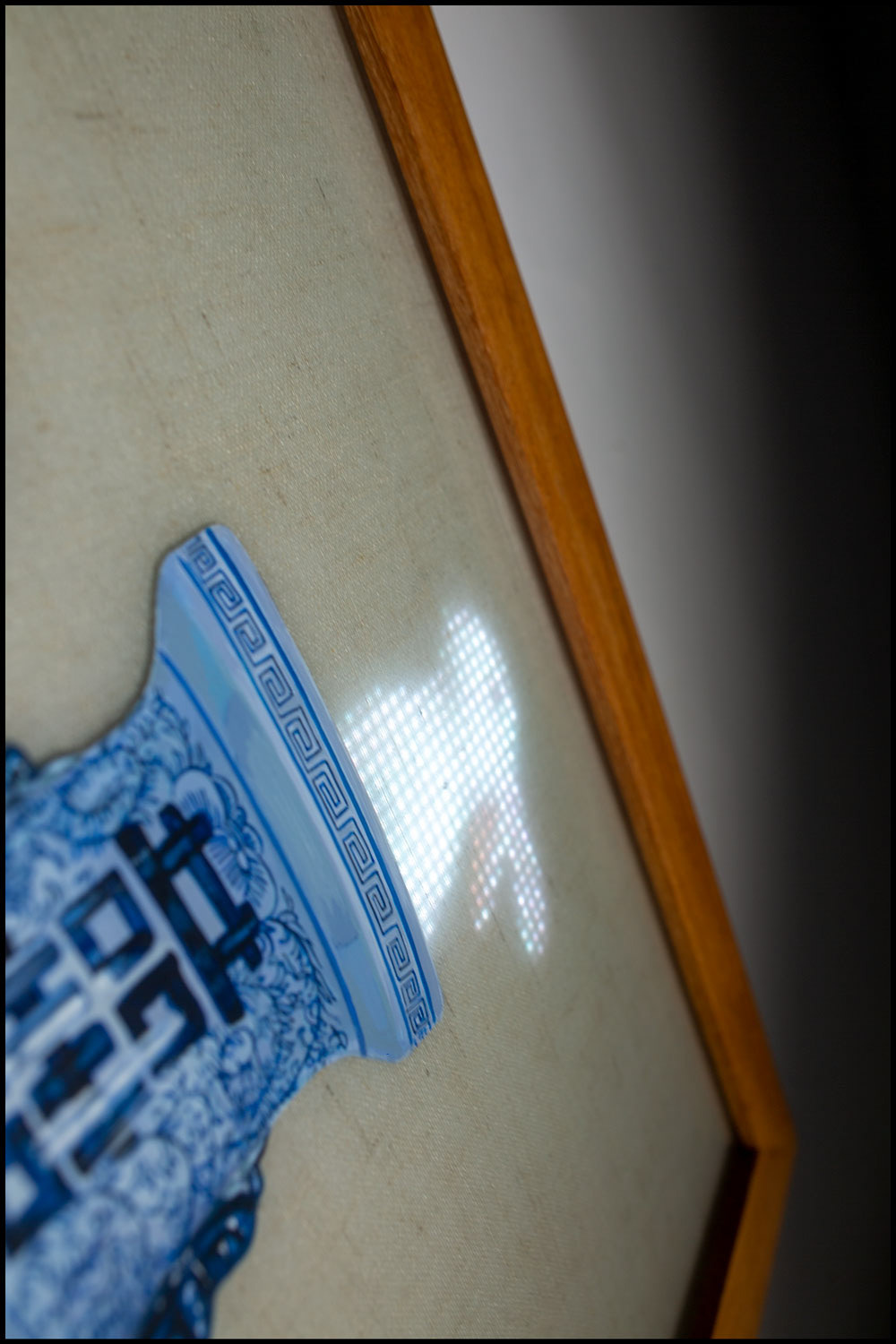 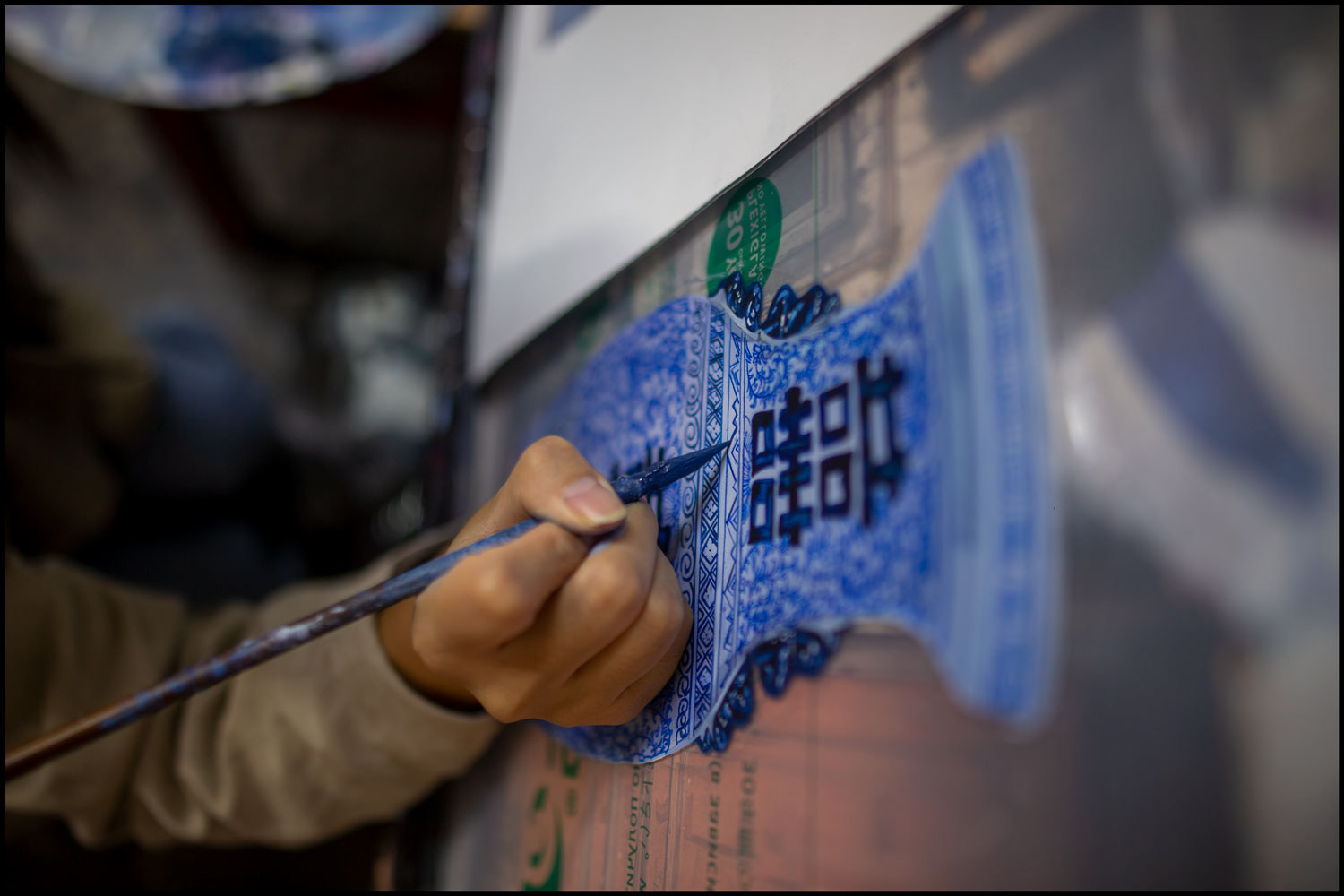 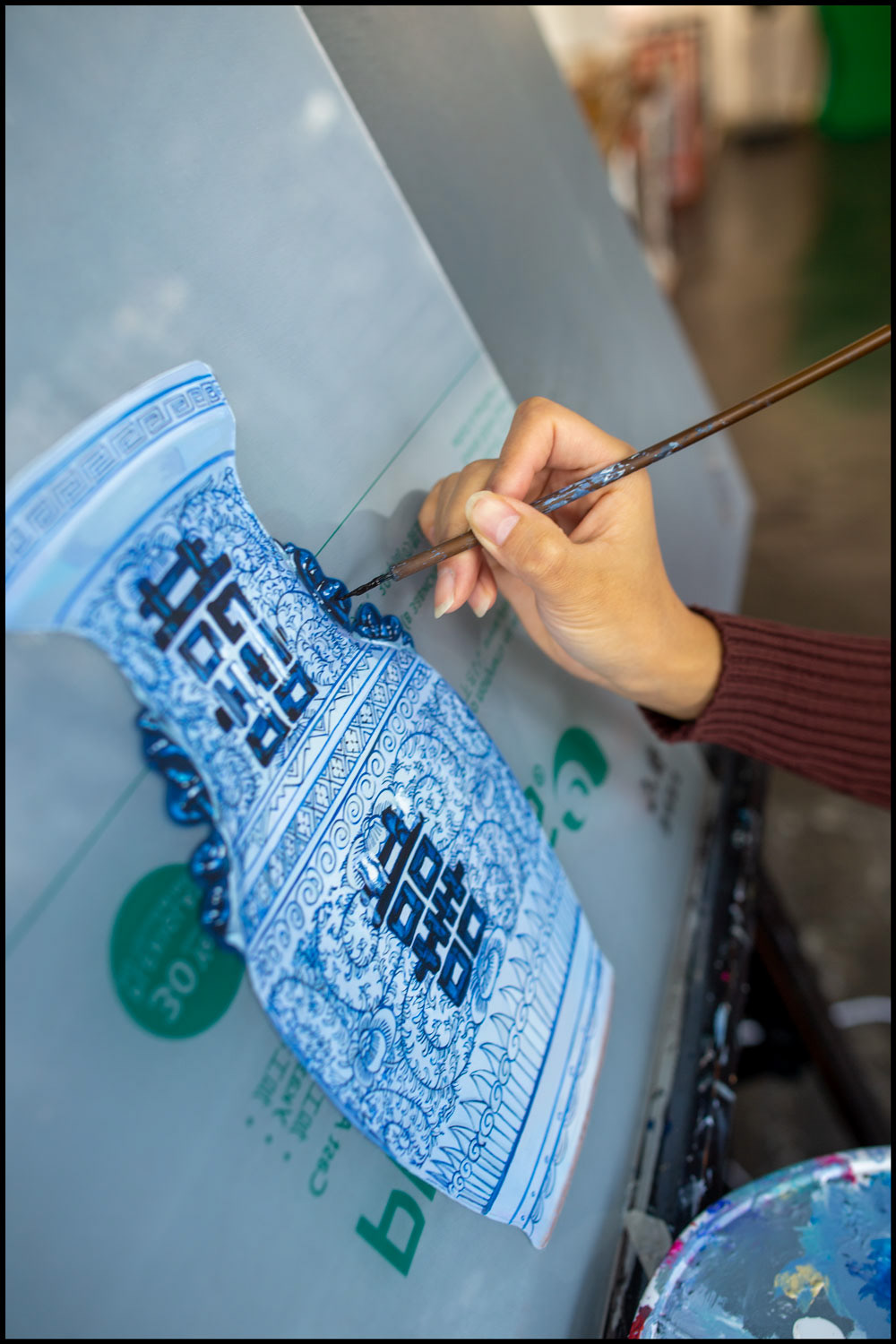 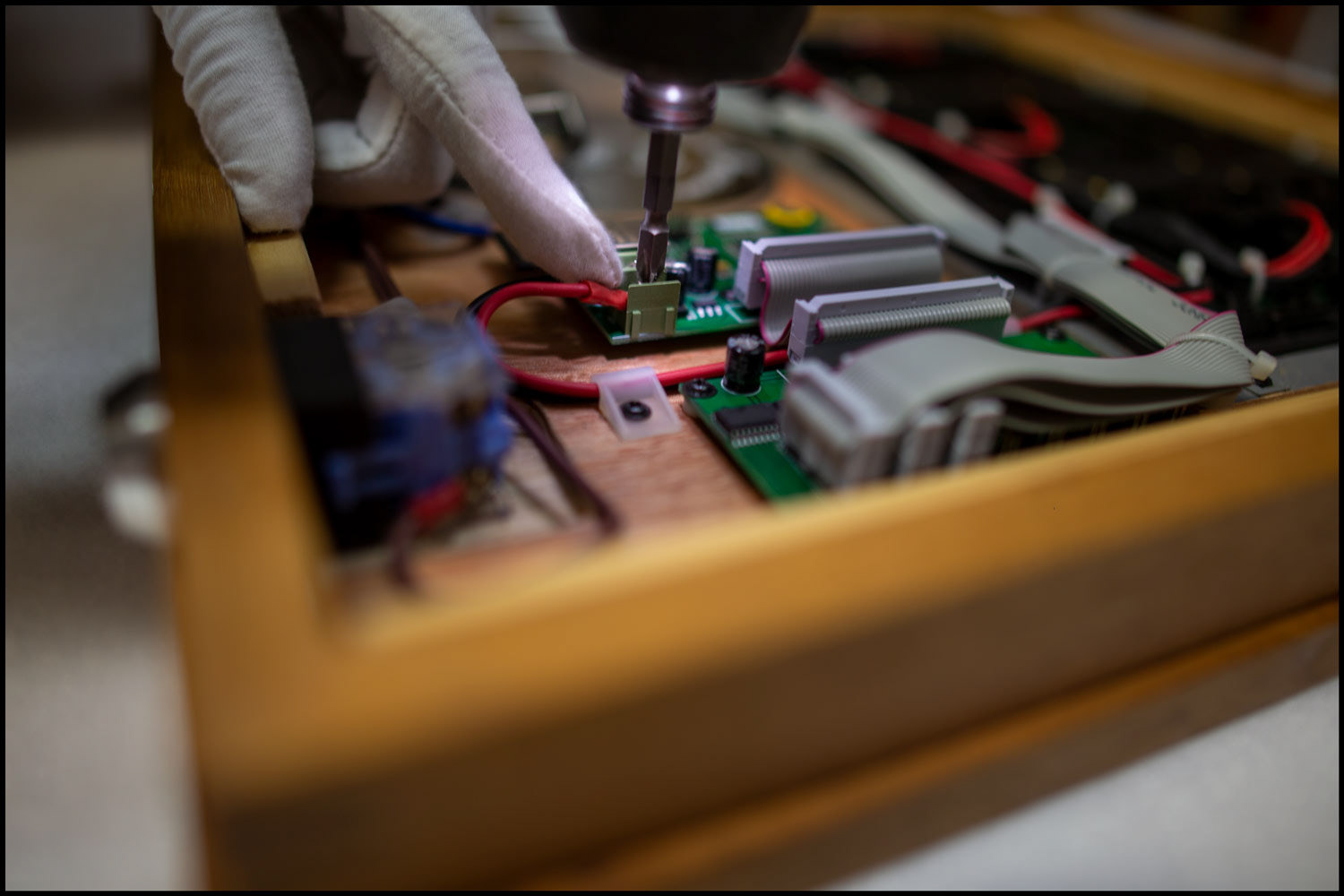 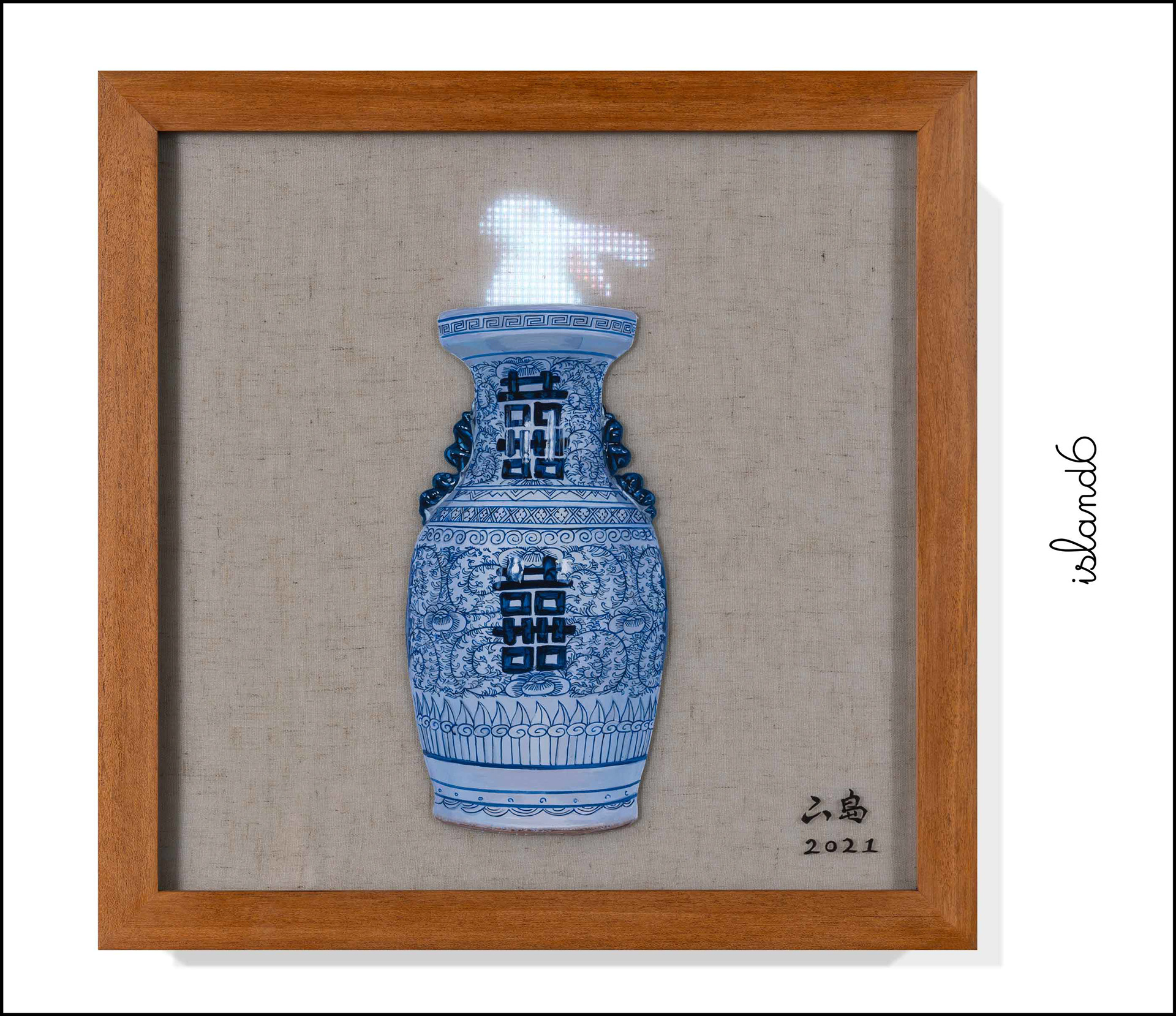 90 Degrees On A Saturday

When The Dust Settles

Drug Store Mori
↑Back to Top