// BLURB //
It’s hard to believe the 60s are in their 60s. Remember the 1964 Rolling Stones classic Time Is On My Side? Well, I’ve got news for you. It isn’t and never was. Physicist Carlo Rovelli’s theory that time is an illusion may well be valid but its continuous momentum waits for no one and never stops, which also makes it very real in contrast. Just like the words of a song have illustrated the never-ending passing seconds of our lives, in Ancient China water clocks were used. The oldest written reference dates back to the 6th Century BC. But that’s all history now. Today in Shanghai, we’re ruled by traffic light countdowns and food order deliveries. Nothing can come quick enough and when it does it’s gone in a flash. Everyone’s so busy with somewhere to be and something to do. But what if we took a moment to drown out the crowd and appreciate the now? You know, took time into our own hands rather than being governed by the clock’s. Try to get those precious seconds, hours and minutes back on our side, just like Jagger. How many drips have fallen since you’ve been reading these words? Is the vase half full or half empty? I’m guessing your answer’s full, as you’re still here making the most of these moments. I hope you enjoyed it, as the real world knows sooner or later you’ll come running back.
STATUS
Available. Please CONTACT US for inquiries.
EDITION, MEDIA, SIZE & WEIGHT
Unique Edition, Shanghai 2020
RGB LED display, acrylic painting on Plexiglass, teak wood frame
46.5(W)×66.5(H)×5.5(D) cm // 10.3 kg
TECH SPECS
• 1×SLC SD Card
• 4×MWLPV20-5 (INPUT 100~240VAC@0.55A / OUTPUT 5V@3A)
• (3+1 spare)×RGB P4-1921-64X32-8S-V2.0 / SWP4191102KMFF-0293/3260
CRATE SIZE & WEIGHT
58(W)×78(H)×15.5(D) cm // 21.16 kg
EXPOSURE
“Perimeters, Edges, and Walls” at island6 Shanghai Main Space
CREDITS
Owen 欧文 (painting) • Thomas Charvériat (art direction & animation) • Yeung Sin Ching 杨倩菁 (production supervisor) • Ryan Watson (blurb)
CLOSE-UPS 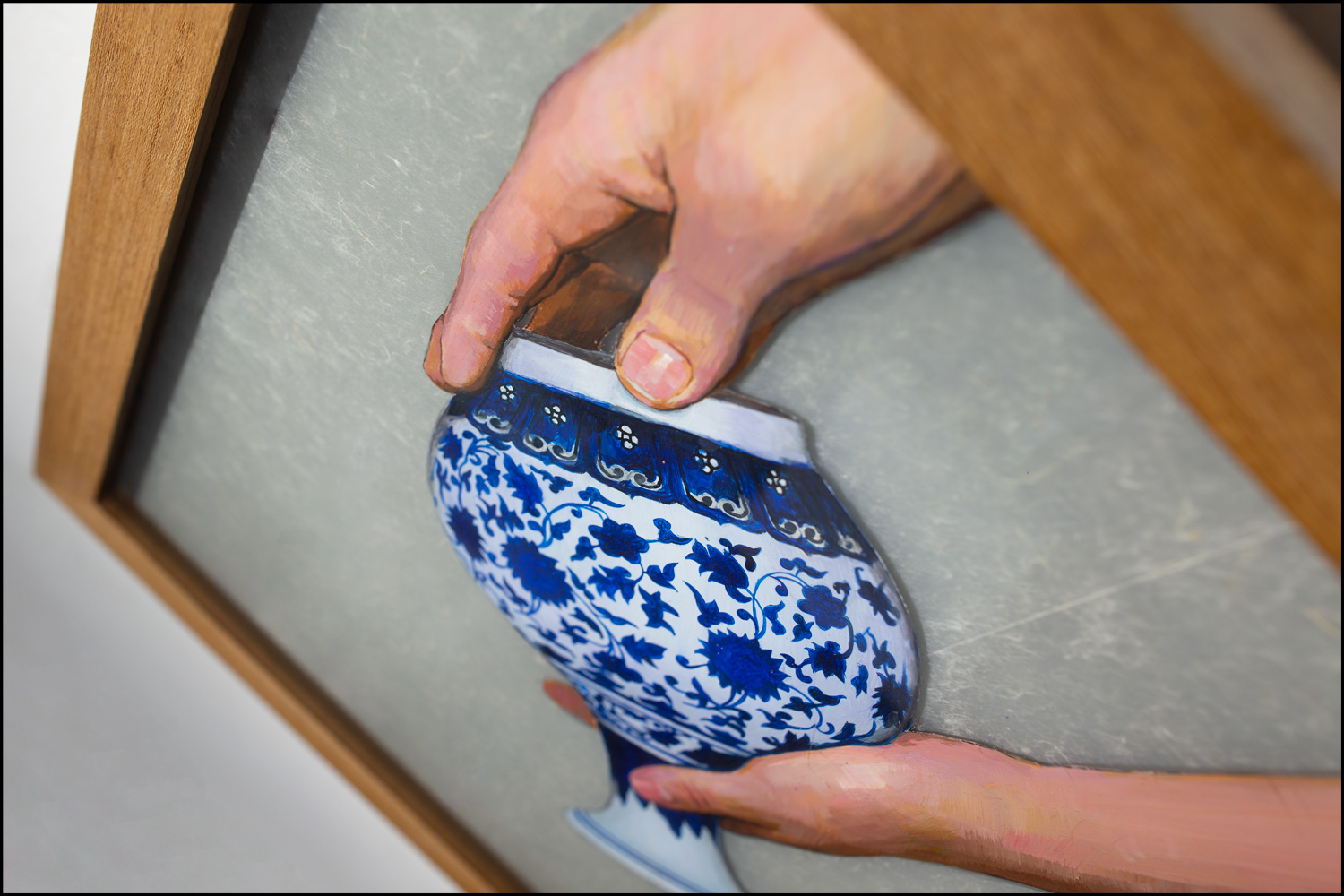 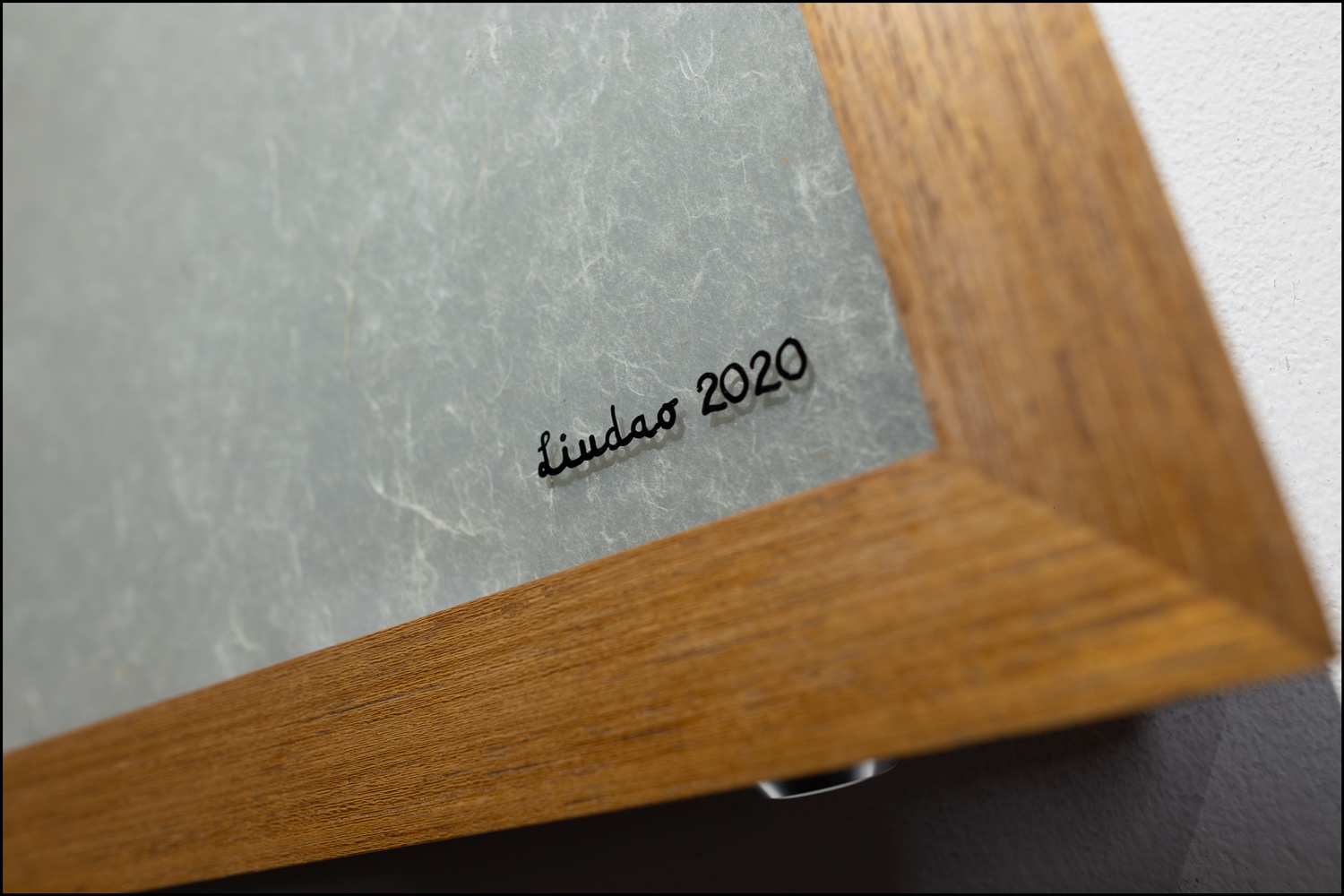 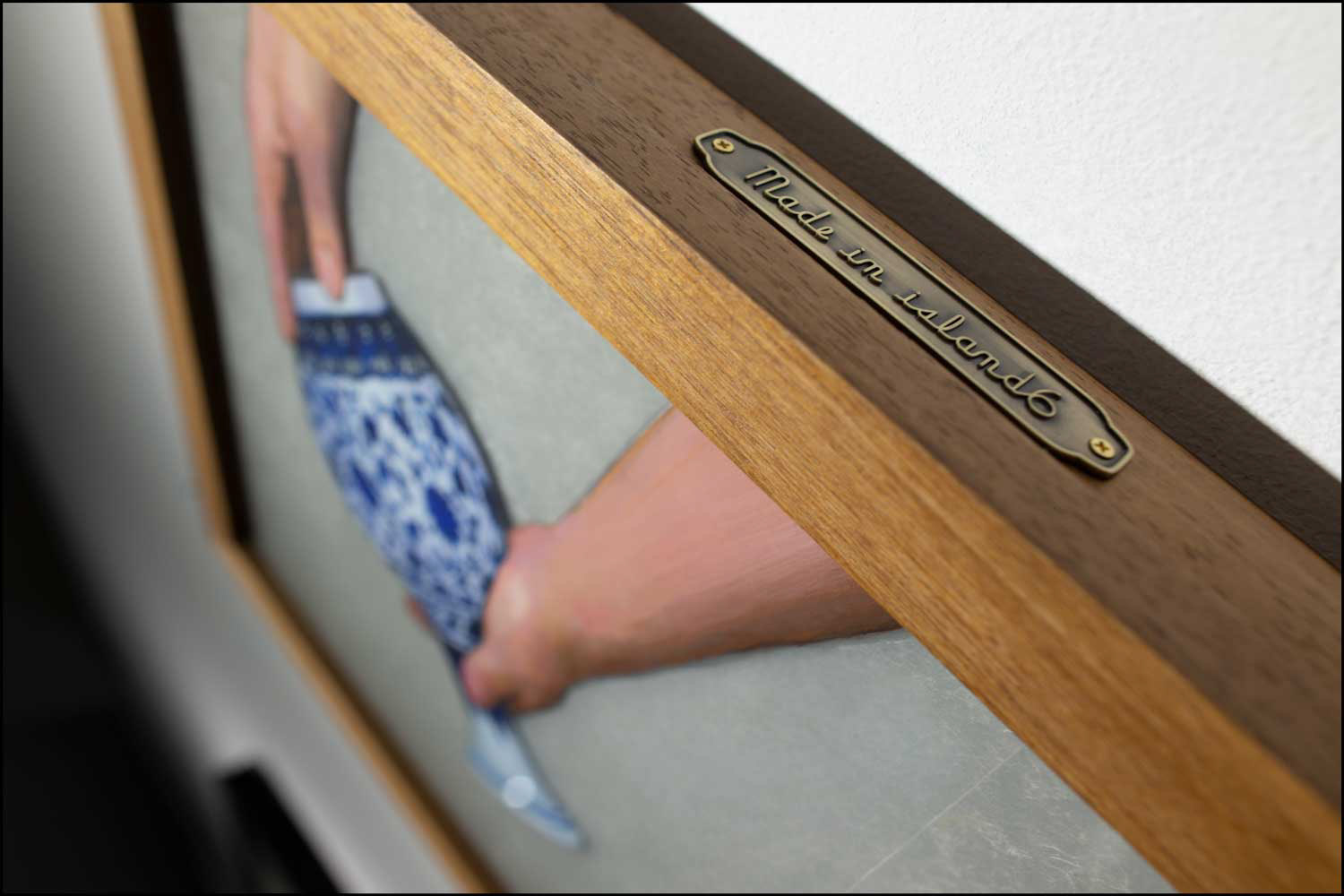 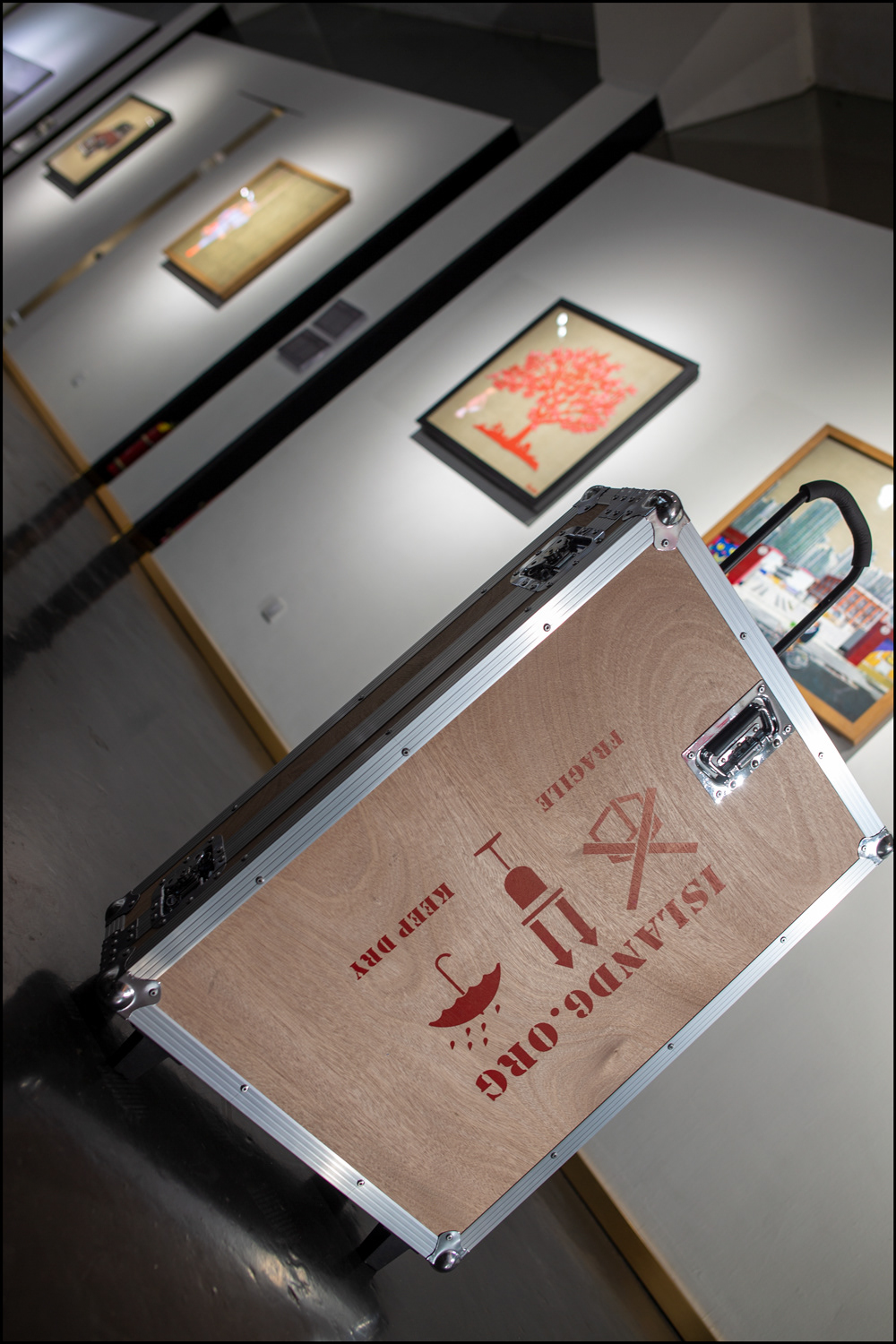 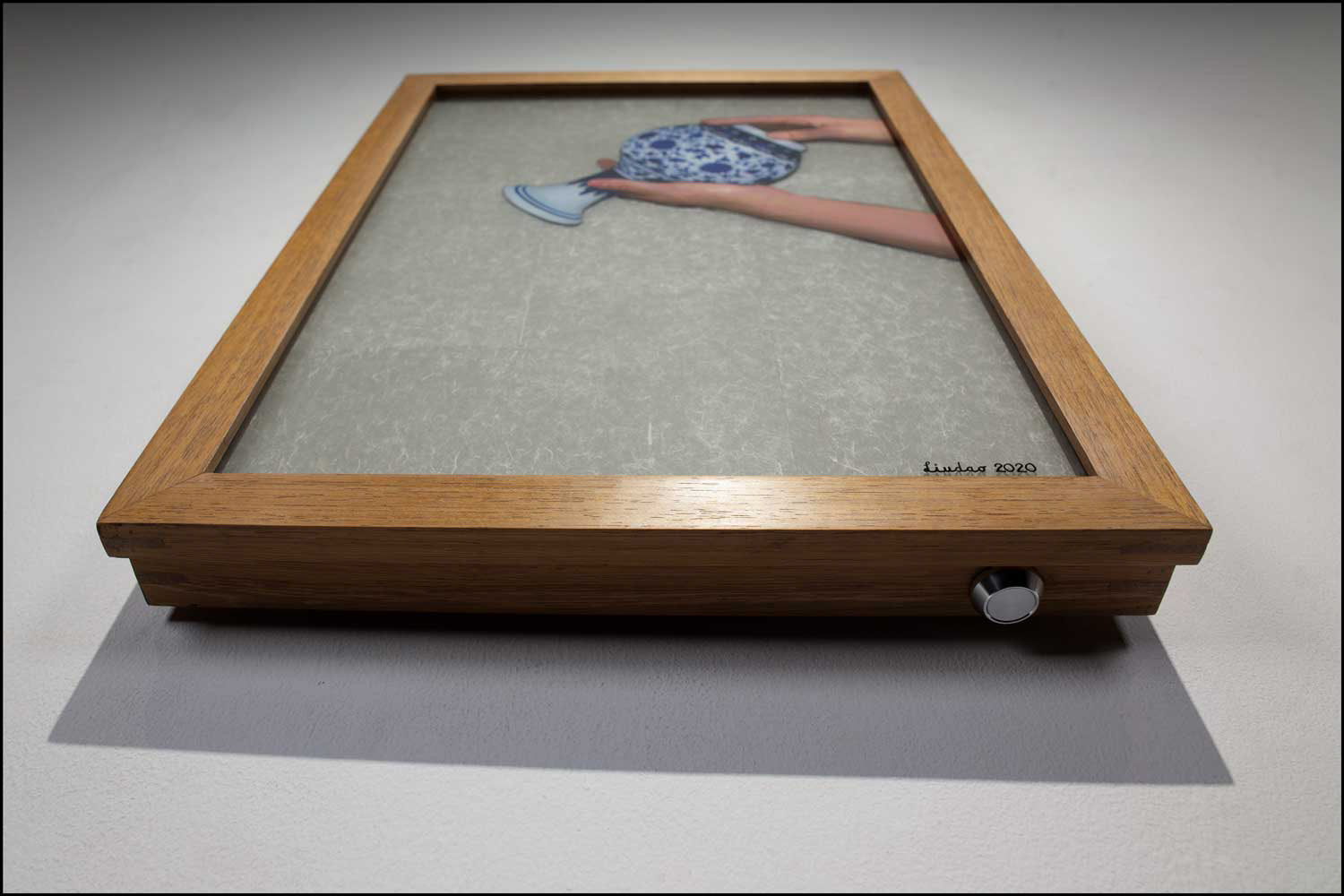 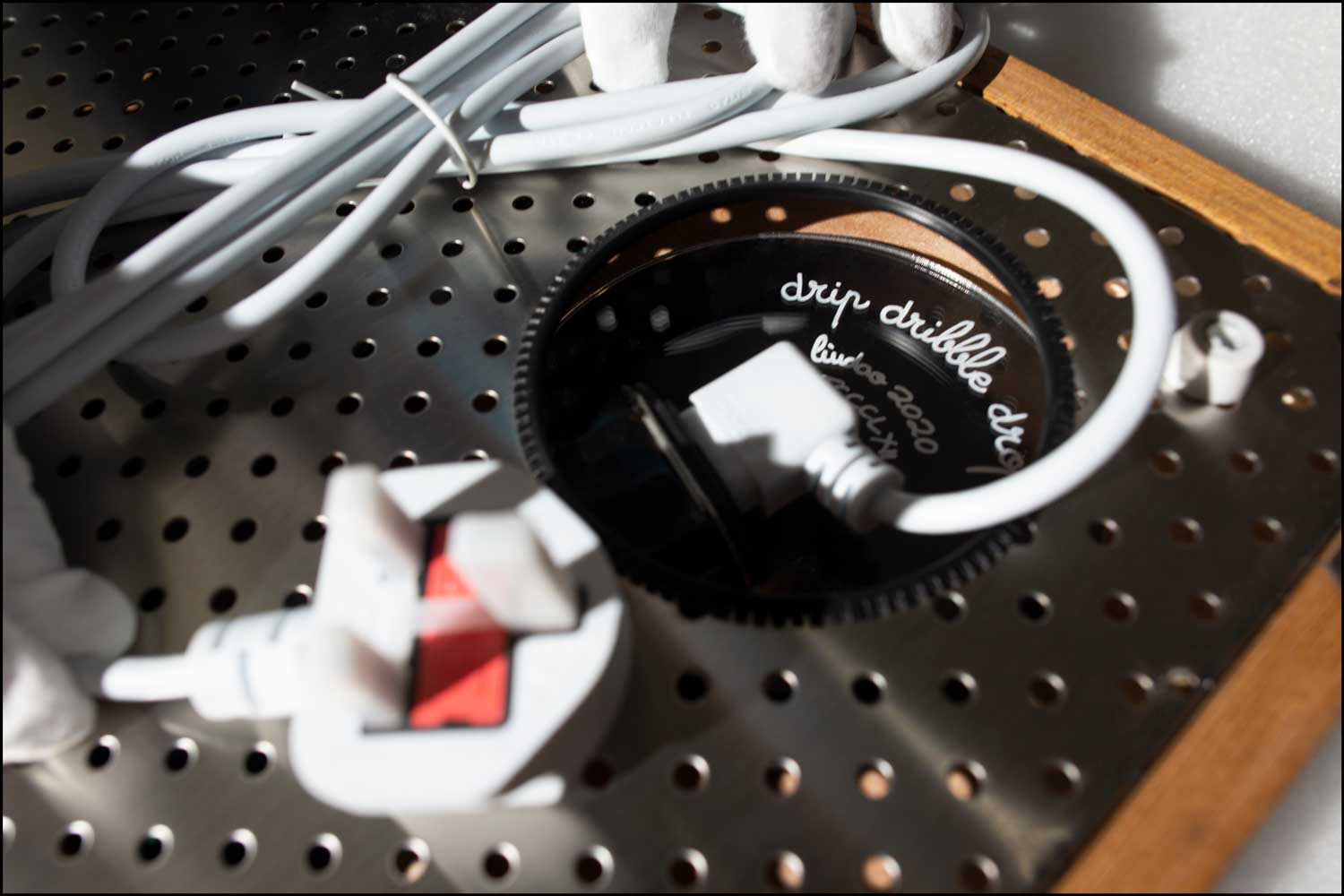 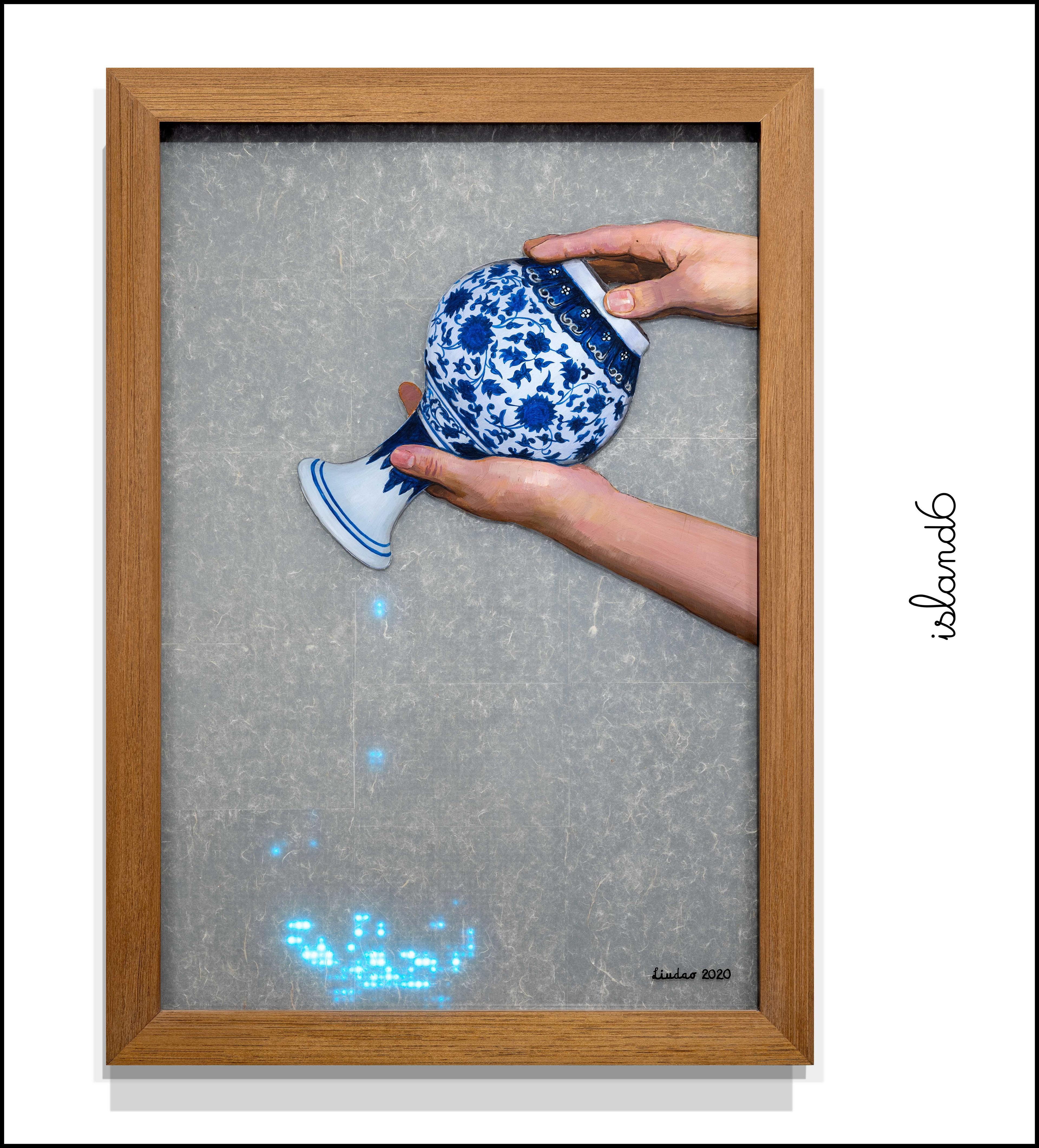 Many Men and One Lily

Empress Cixi's Dowry
↑Back to Top