[DOWNLOAD HIGH-RES PHOTO ↓]
// BLURB //
In 1755, William Hogarth painted his servants. This in itself was not uncommon. What was uncommon was the method by which he painted them. In his Heads of Six of Hogarth’s Servants, he painted them as subjects rather than servants. By painting them as people, he allowed them to keep their humanity in ways that other artists of the time did not necessarily do. In one sense, Hogarth was ahead of his time by acknowledging those hidden, on the fringes yet essential characters that make up our lives and good times. His painting hung in his office until his death, possibly as a reminder to be thankful to those who are more often than not overlooked. We might do the same thing for our city—be thankful for the ayis and street cleaners and the kuaidi. We certainly should remember them as their quiet, steady work feeds the fruits of our own labors. There is truth in the common phrase “clean desk, clean mind”; there is far greater truth when this is extended to the city level: clean city, clean soul.
STATUS
SOLD. Public Collection, Naumi Hotel, Singapore.
EDITION, MEDIA, SIZE & WEIGHT
Unique Edition, Shanghai 2019
RGB LED display, acrylic painting on Plexiglass, paper collage, black-stained teakwood frame
51.4(W)×51.1(H)×5.6(D) cm // 8.7 kg
TECH SPECS
• 1×SLC SD Card
• 4×MWLPV20-5 (INPUT 100~240VAC@0.55A / OUTPUT 5V@3A)
• 3×RGB P4-L830-8S-1921V3.5 / D180526​​​​​​​
CRATE SIZE & WEIGHT
65(W)×65(H)×18.5(D) cm // 21.5 kg
EXPOSURE
“Who Needs Men Anyway?” at island6 Shanghai Main Space​​​​​​​
CREDITS
Owen 欧文 (painting) • Yeung Sin Ching 杨倩菁 (production supervisor) • Thomas Charvériat (art direction & animation) • Carlin Reinig (blurb)
CLOSE-UPS 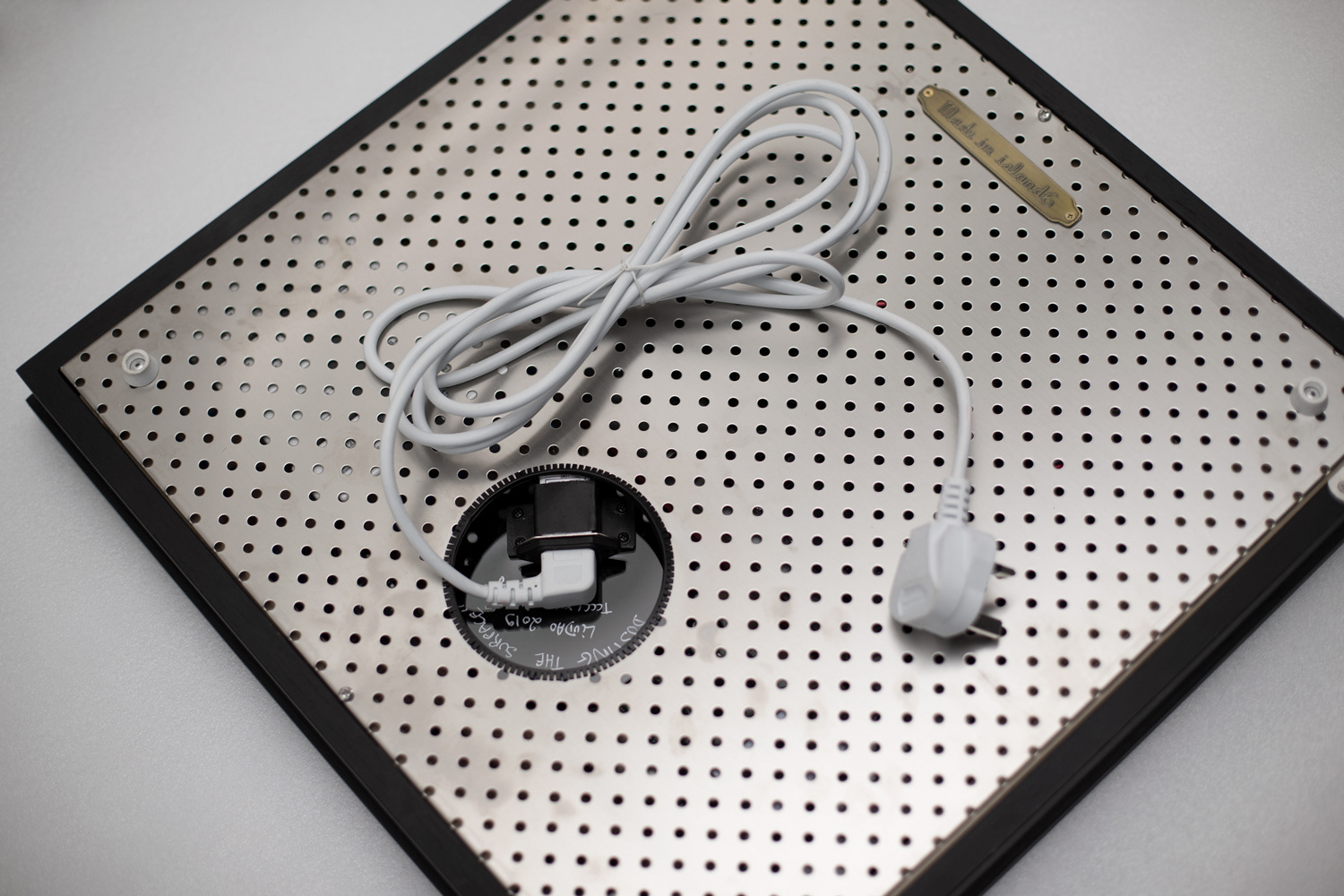 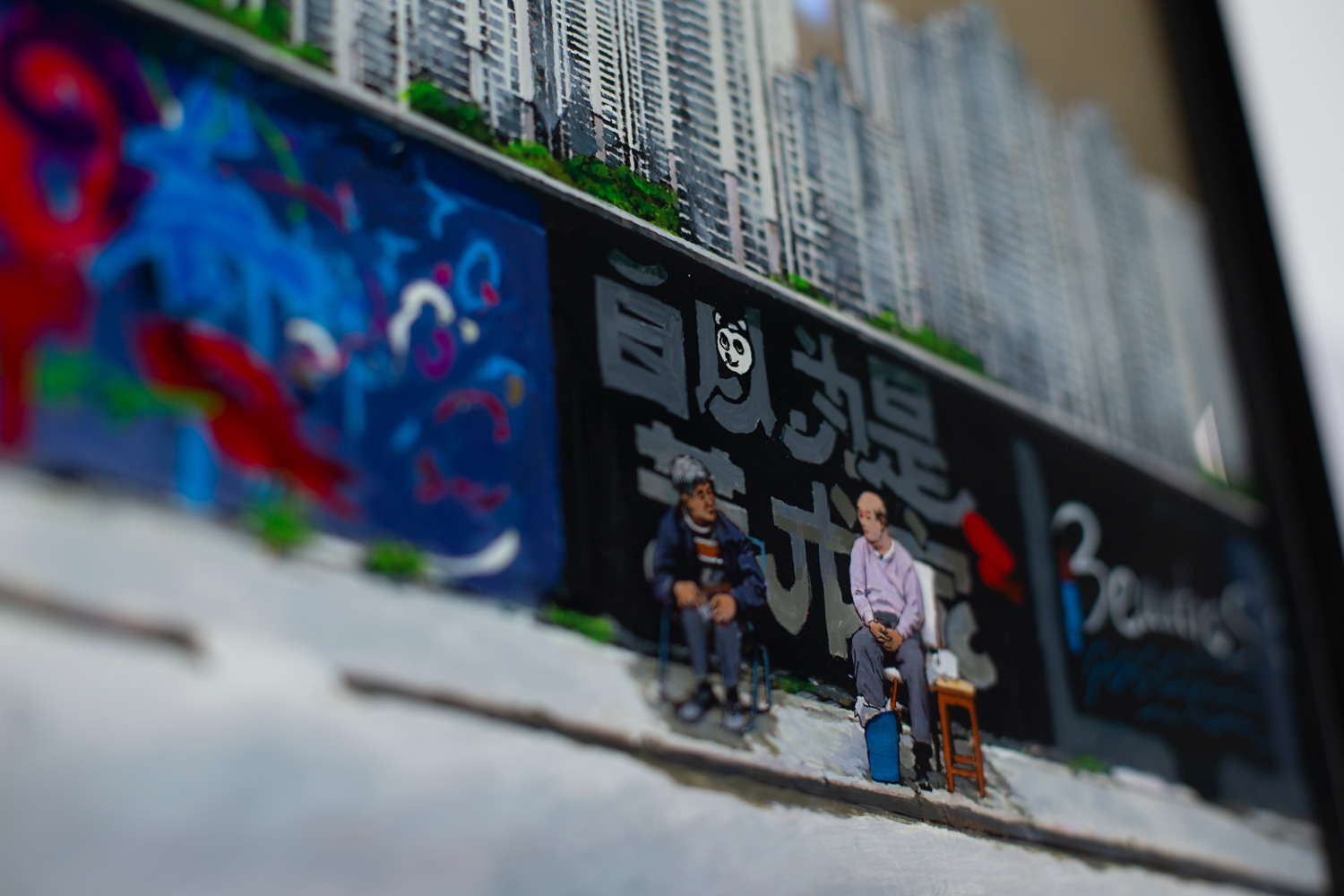 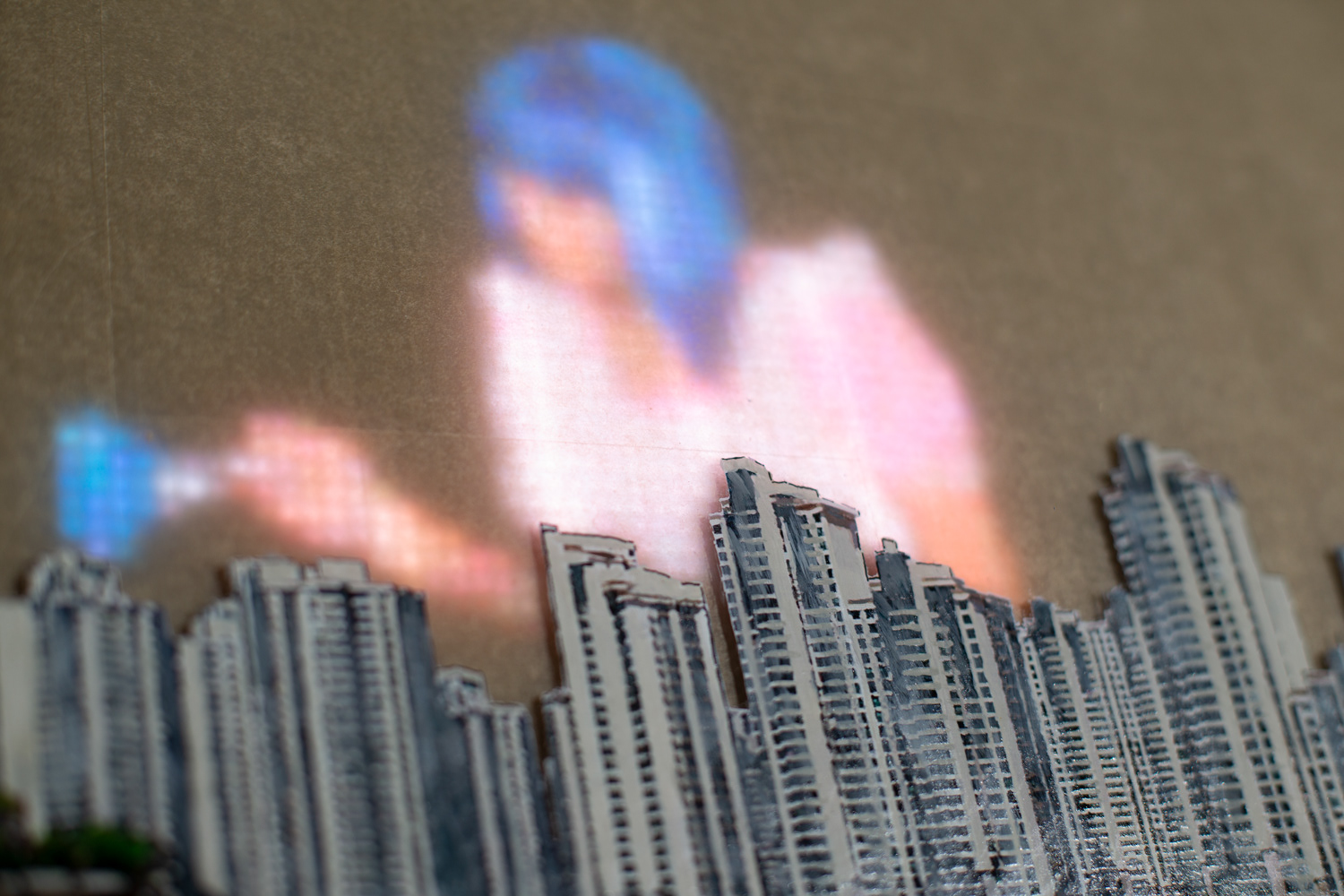 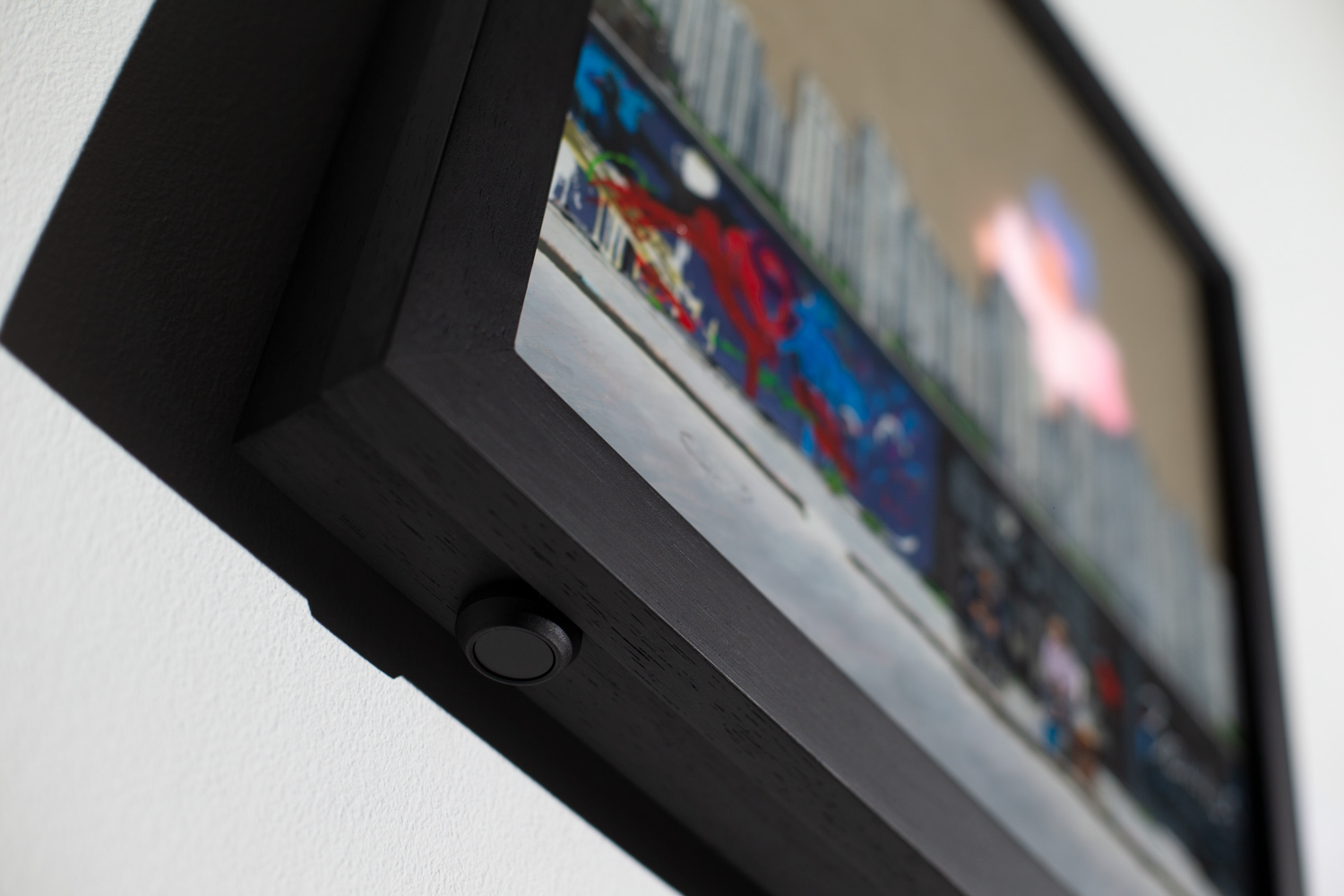 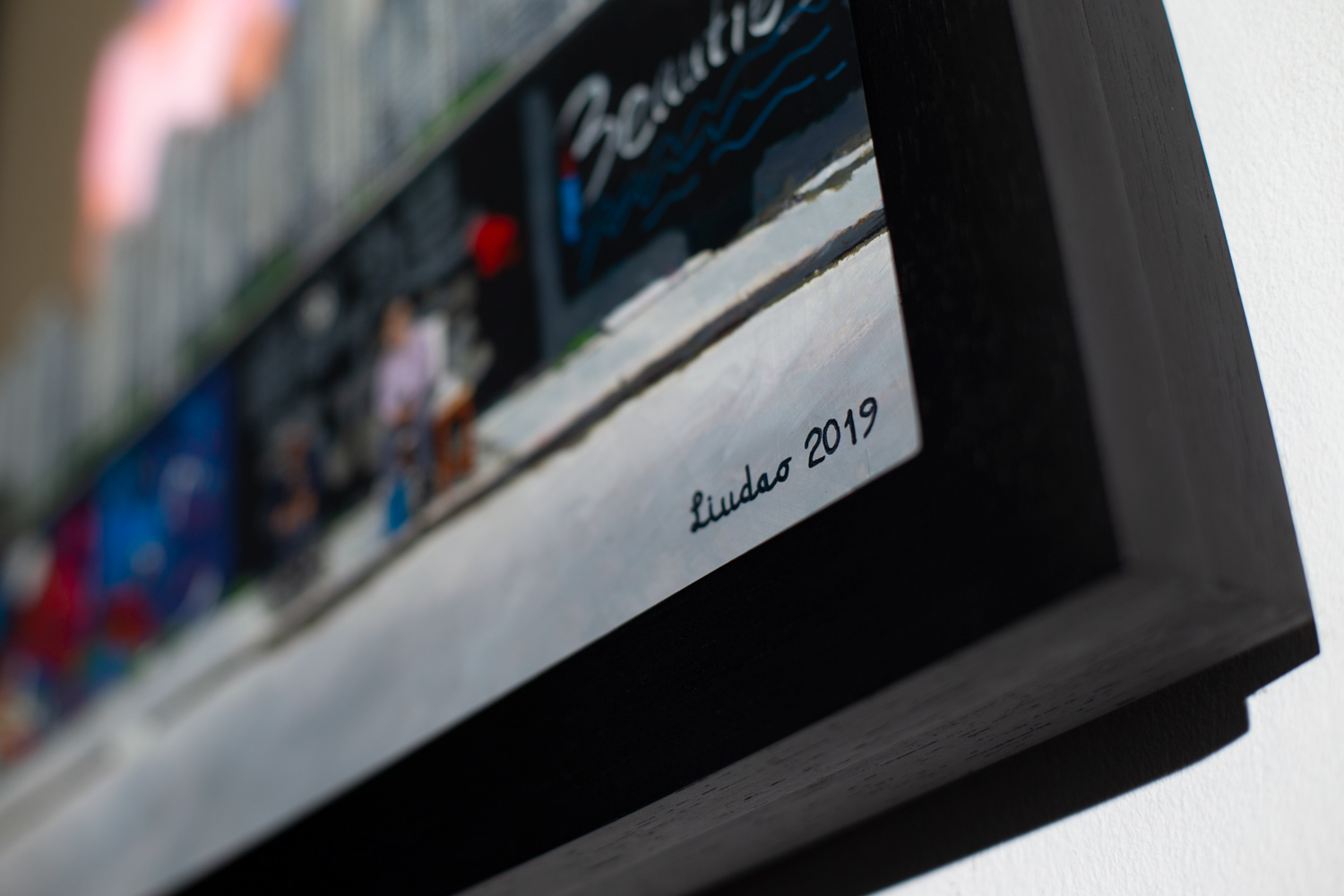 The Echo Of My Echo

Drip Dribble Drop
↑Back to Top