[DOWNLOAD HIGH-RES PHOTO ↓]
// BLURB //
The vanishing point describes an optical phenomenon in a picture where two parallel lines converge and vanish into one single line. In German, this use of perspective is called “Fluchtpunkt“, which literally translates to “escape point”. And indeed, Renaissance painters, like Masaccio and Dürer introduced this way of seeing to depict urban and interior sites more realistically as Florence and Nurnberg were growing and seen more by people as destinations to escape to. But that’s not the only way one can get lost in art. Another artistic phenomenon called immersion describes the loss of conscious connection with reality while engaging with the medium. In ancient times, the frescos of the Villa of Mysteries in Pompei were the first artistic immersions. Nowadays, the 360° VR-glasses serve as an immersive gaming experience, in which one can jump into a digital world to get away from reality. This offers a chance to blur the border between running away and arriving, real and fake, analogue and digital, letting them converge into only one point. And when we get there, we will find ourselves in a world with an infinite number of vanishing points where escape won’t be necessary.
STATUS
Available. Please CONTACT US for inquiries.
EDITION, MEDIA, SIZE & WEIGHT
Unique Edition, Shanghai 2018
RGB LED display, Chinese papercut (Jian Zhi 剪紙) on Plexiglas, paper collage, Corian & teak frame
102(W)×102(H)×5.5(D) cm // 30.3 kg
TECH SPECS
• SLC SD Card
• 2×MWLPV20-5 (INPUT 100~240VAC@0.55A / OUTPUT 5V@3A)
• 4×ELN-30-5 (INPUT 100~240VAC@0.75A / OUTPUT 5V@5A)
• (9+1 spare)×RGB P5-2727(6)-64×32-8S-HL3.0 / D180144
CRATE SIZE & WEIGHT
116(W)×116(H)×20(D) cm // 69.5 kg
EXPOSURE
• “Disaster Diaries” at island6 Main Space
CREDITS
Tang Dashi 汤大师 & He Dashi 贺大师 (Chinese paper cutting 剪紙) • Yeung Sin Ching 杨倩菁 (performance & production supervisor) • Thomas Charvériat (art direction, animation & technical guidance) • András Gál (blurb & documentation)
CLOSE-UPS 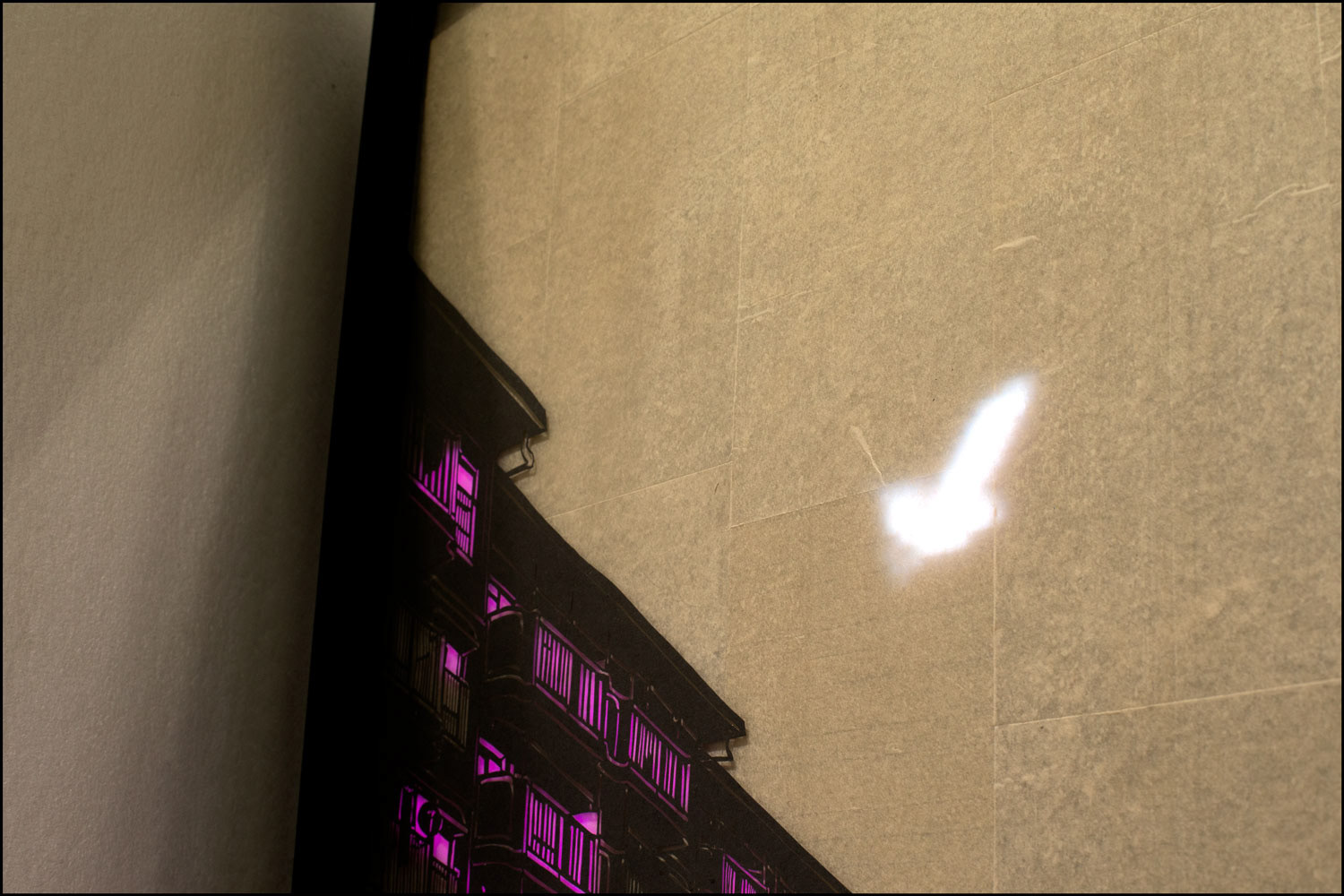 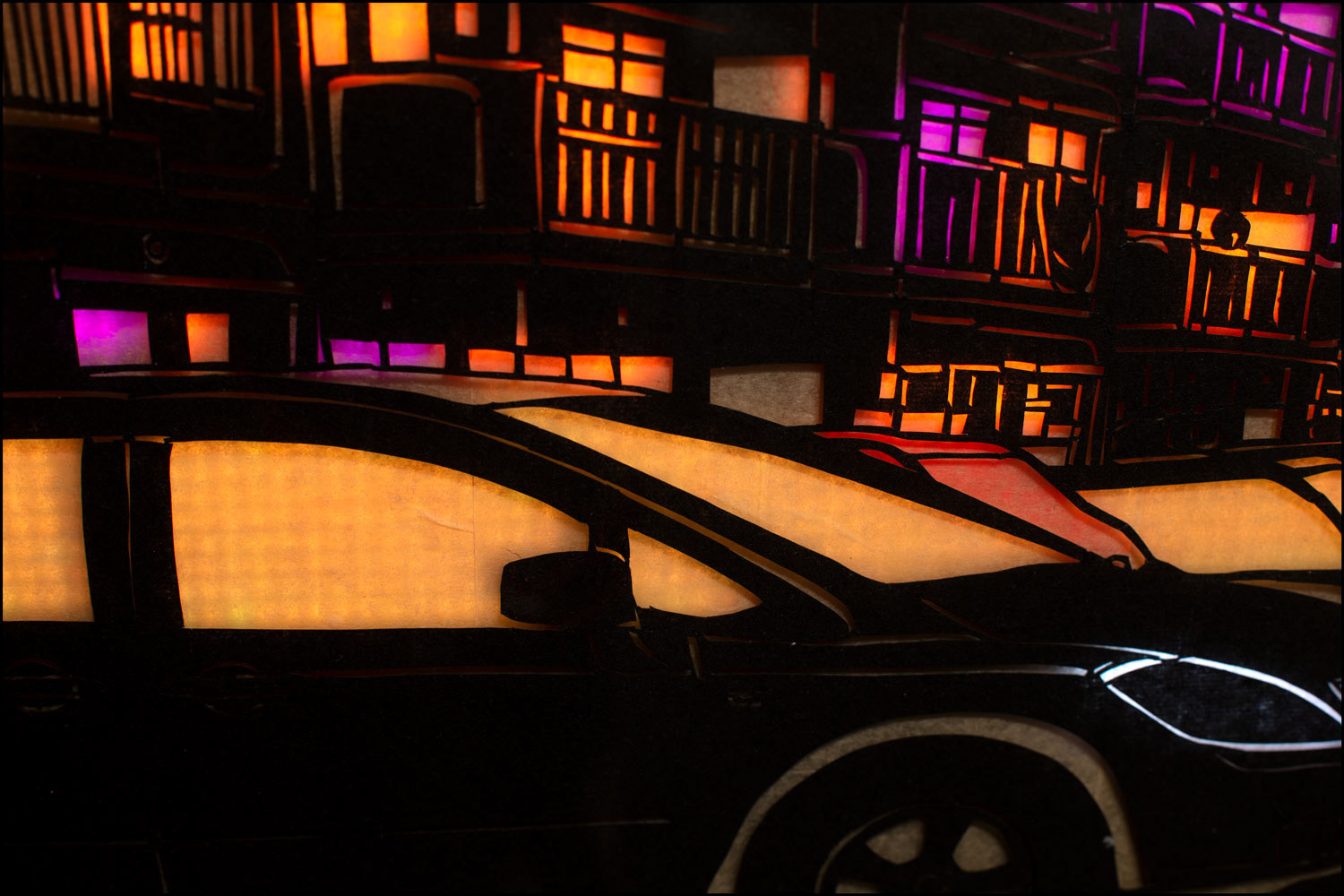 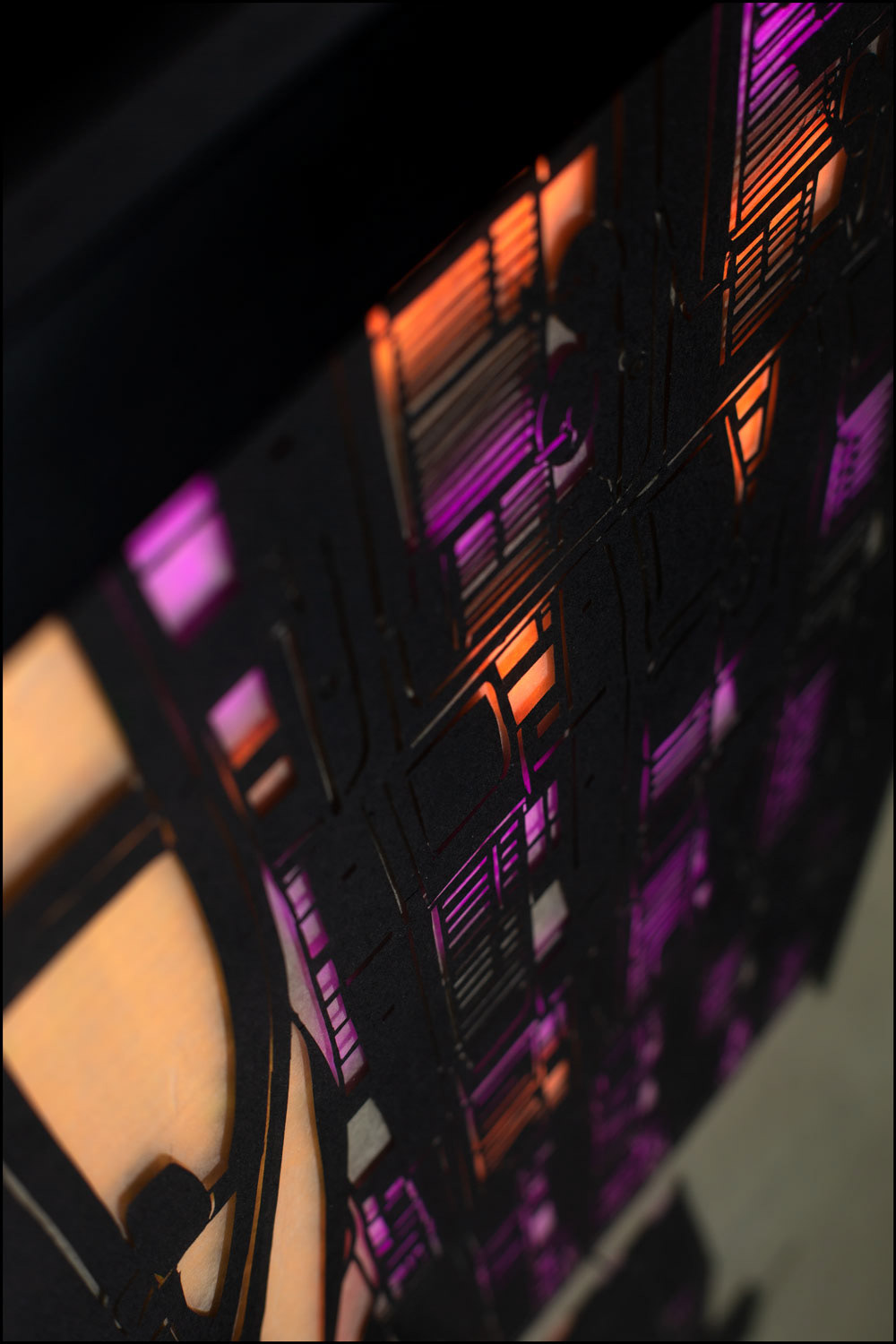 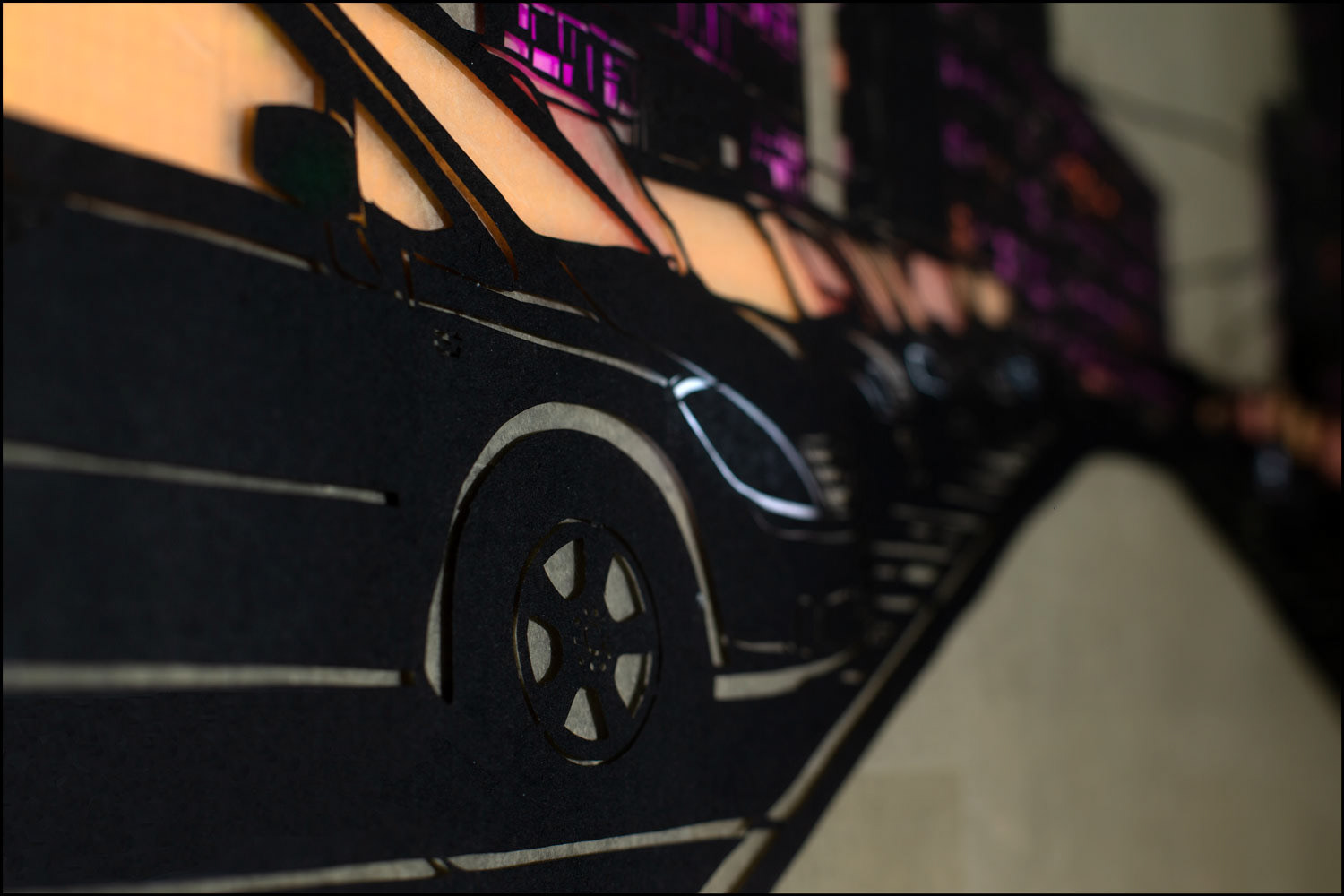 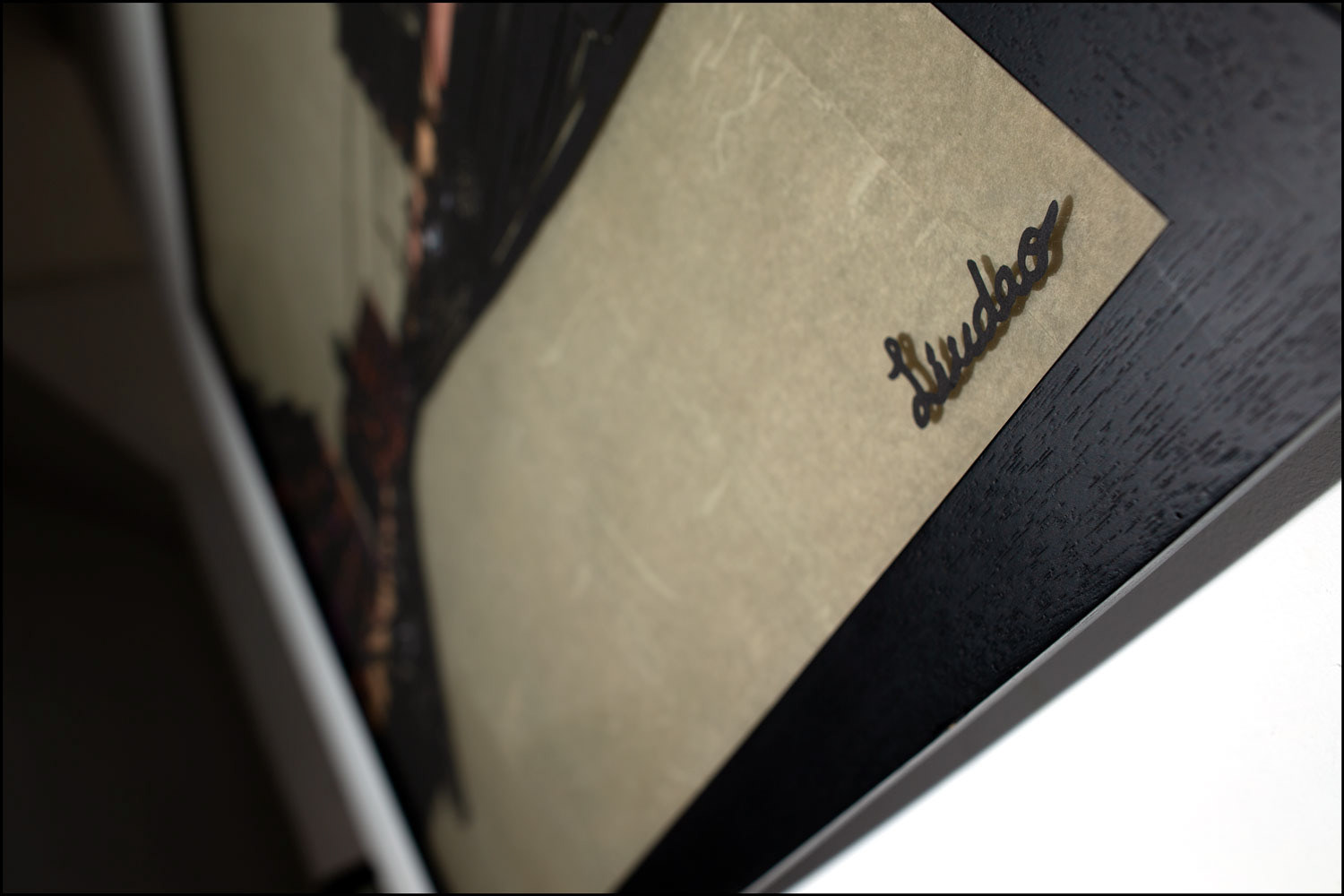 All Along The Wires

All The Things I Wish...

Many Men and One Lily

All These Zadigs
↑Back to Top