// BLURB //
Who are we against the vastness of a mountain? What’s a mountain compared to the endless oblivion of the universe? Students of xuanxue (literally “mysterious learning”) during the Wei and Western Jin periods in China used to ask big questions. They would sit in gardens or forests and have qingtan (“pure conversations”), drinking and taking toxic psychoactive drugs into the wee-hours of the morning. What a life. They believed in searching for the most fundamental, rooted currents of the universe and were less worried with the so-called branches, those things that extend from the root but could be chopped off at minimal loss. Xuanxue thinkers were concerned with nature, and living in accordance with nature. For example, the Seven Worthies of the Bamboo Grove believed that learning-itself wasn’t even necessary, that if one was intelligent enough they could—and should—absorb and embody knowledge from nature. To be any other way was to reduce the influence of nature and corrupt the person. The lives of the Seven Worthies have served as inspiration to generations of artists after, and their rural lifestyle and commitment to natural flowing has ironically cemented them in history as true agents of spontaneity.
STATUS
Available. Please CONTACT US for inquiries.
EDITION, MEDIA, SIZE & WEIGHT
Unique Edition, Shanghai 2019
Chinese ink and acrylic painting on canvas, teakwood frame
106(W)×96(H)×6.5(D) cm // 7.45 kg (framed)
CRATE SIZE & WEIGHT
117(W)×107(H)×21.5(D) cm // 24.5 kg
EXPOSURE
• “Perimeters, Edges, and Walls” at island6 Shanghai Main Space
CREDITS
Owen 欧文 (painting) • Thomas Charvériat (art direction) • Yeung Sin Ching 杨倩菁 (production supervisor) • Carlin Reinig (blurb)
CLOSE-UPS 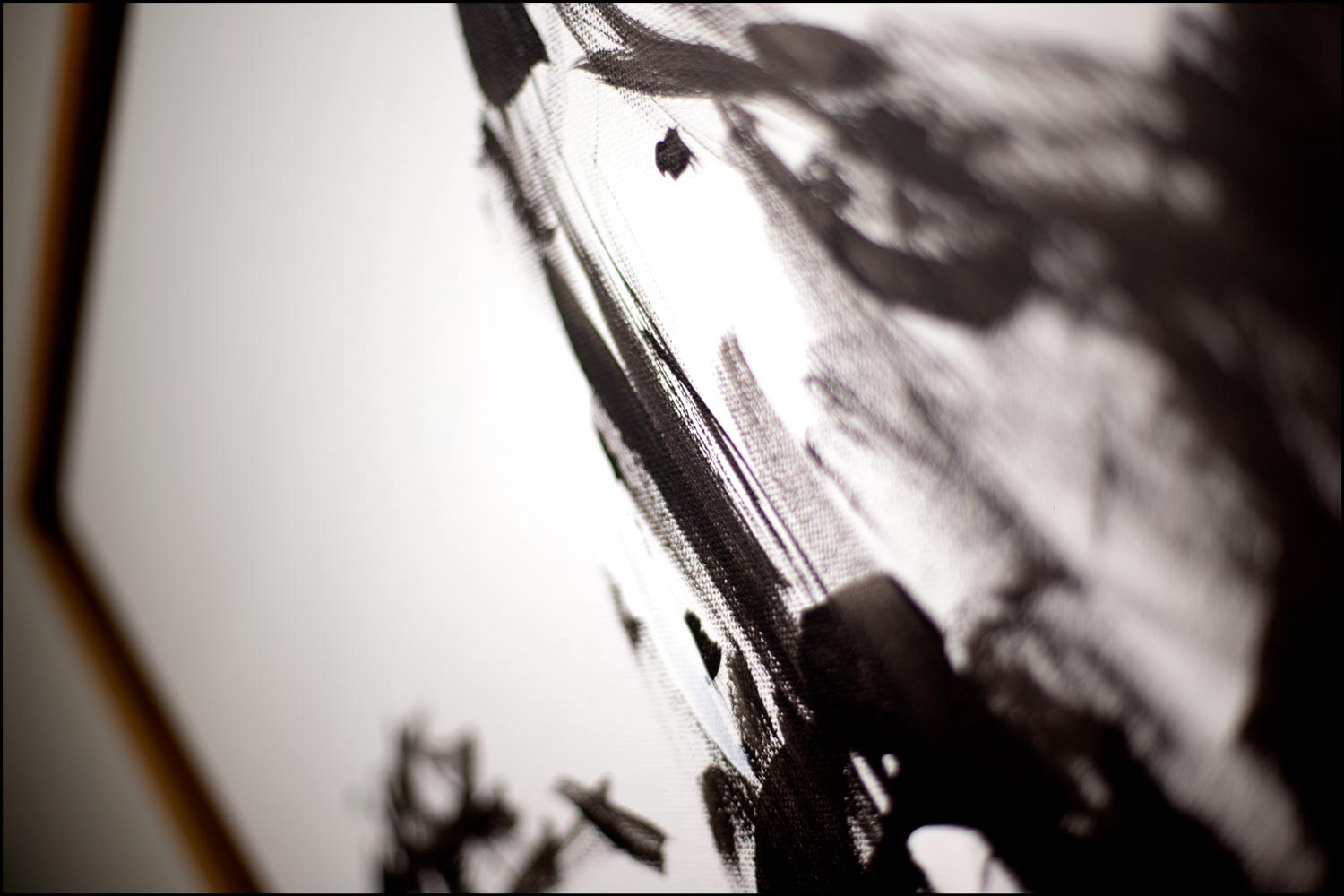 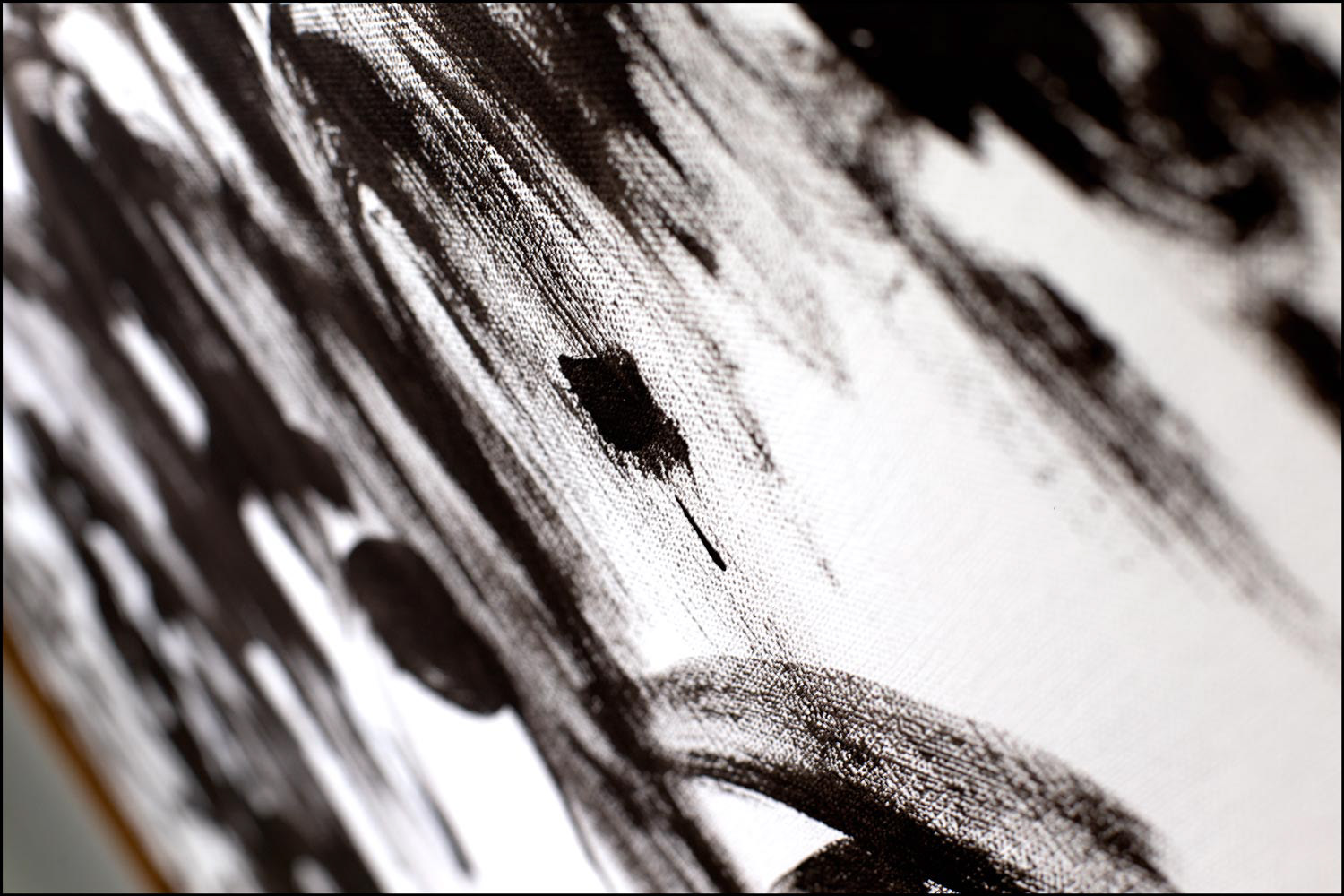 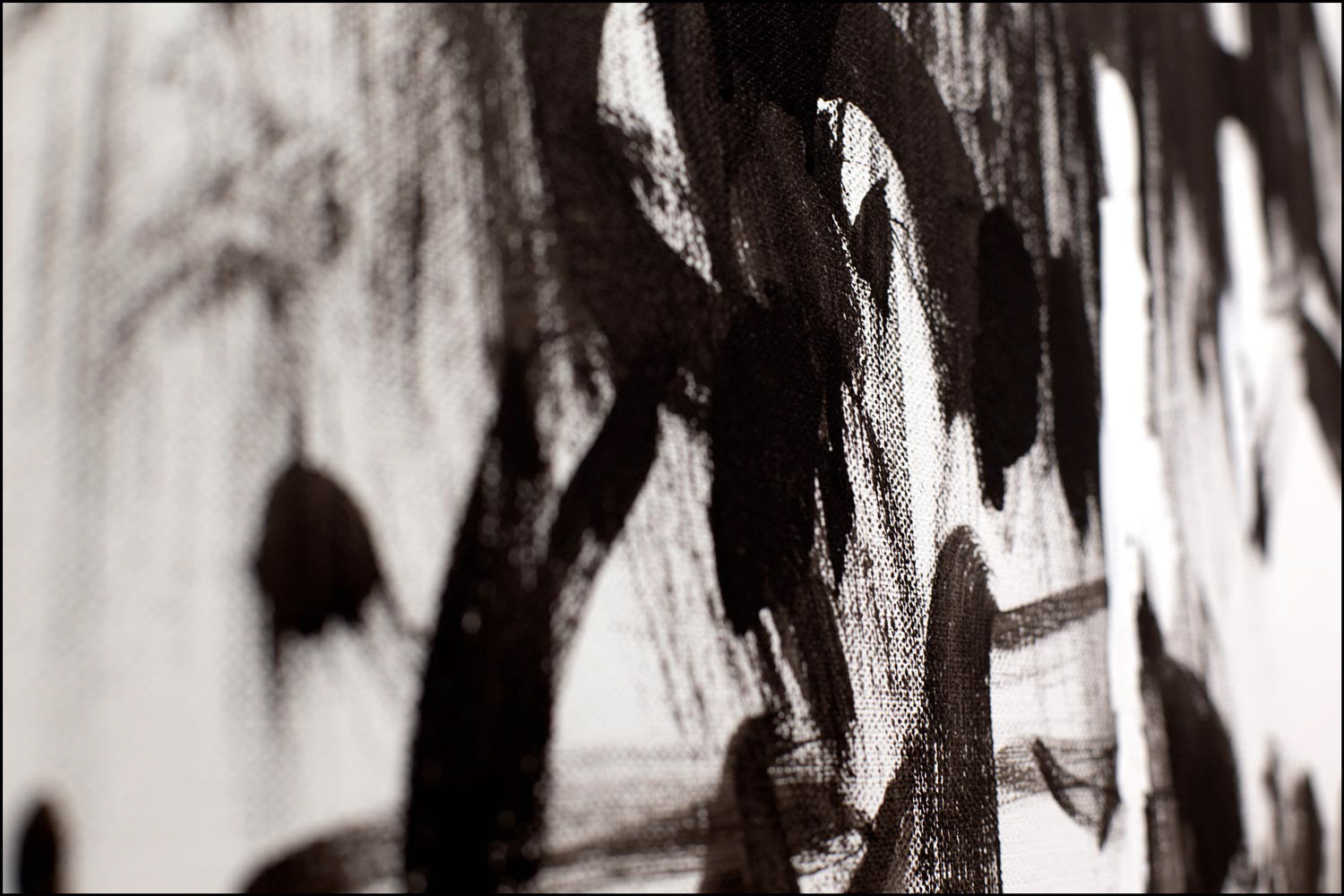 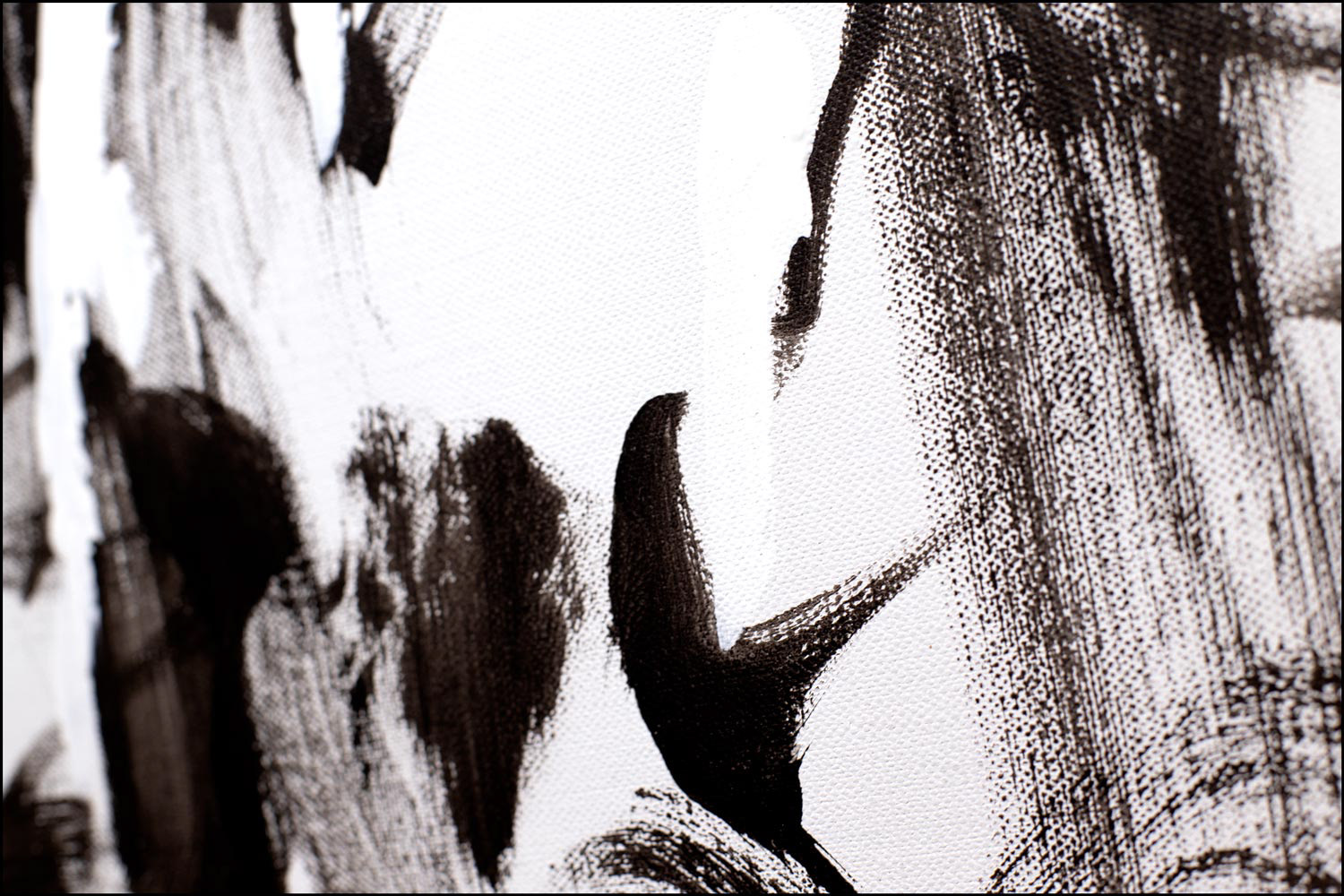 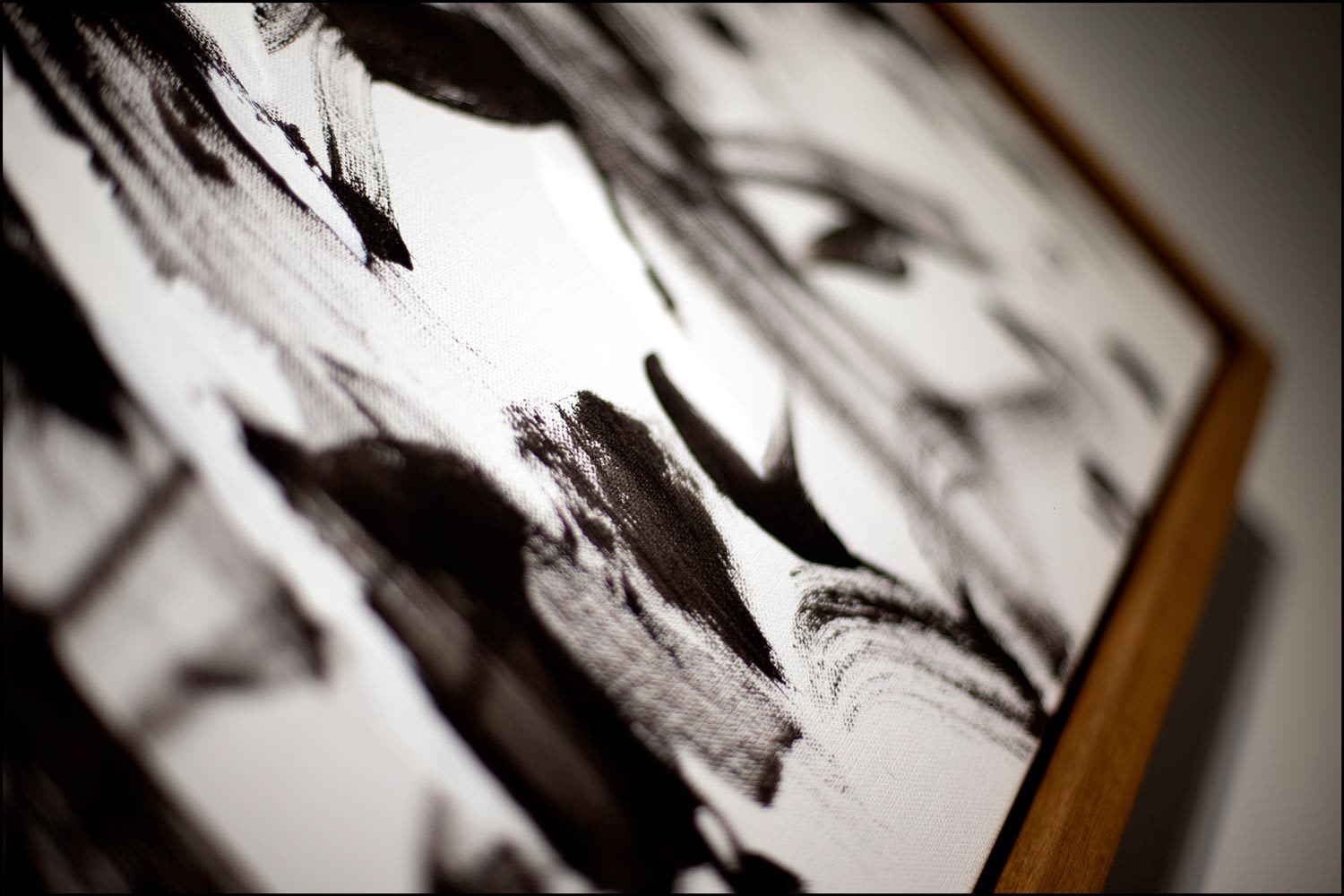 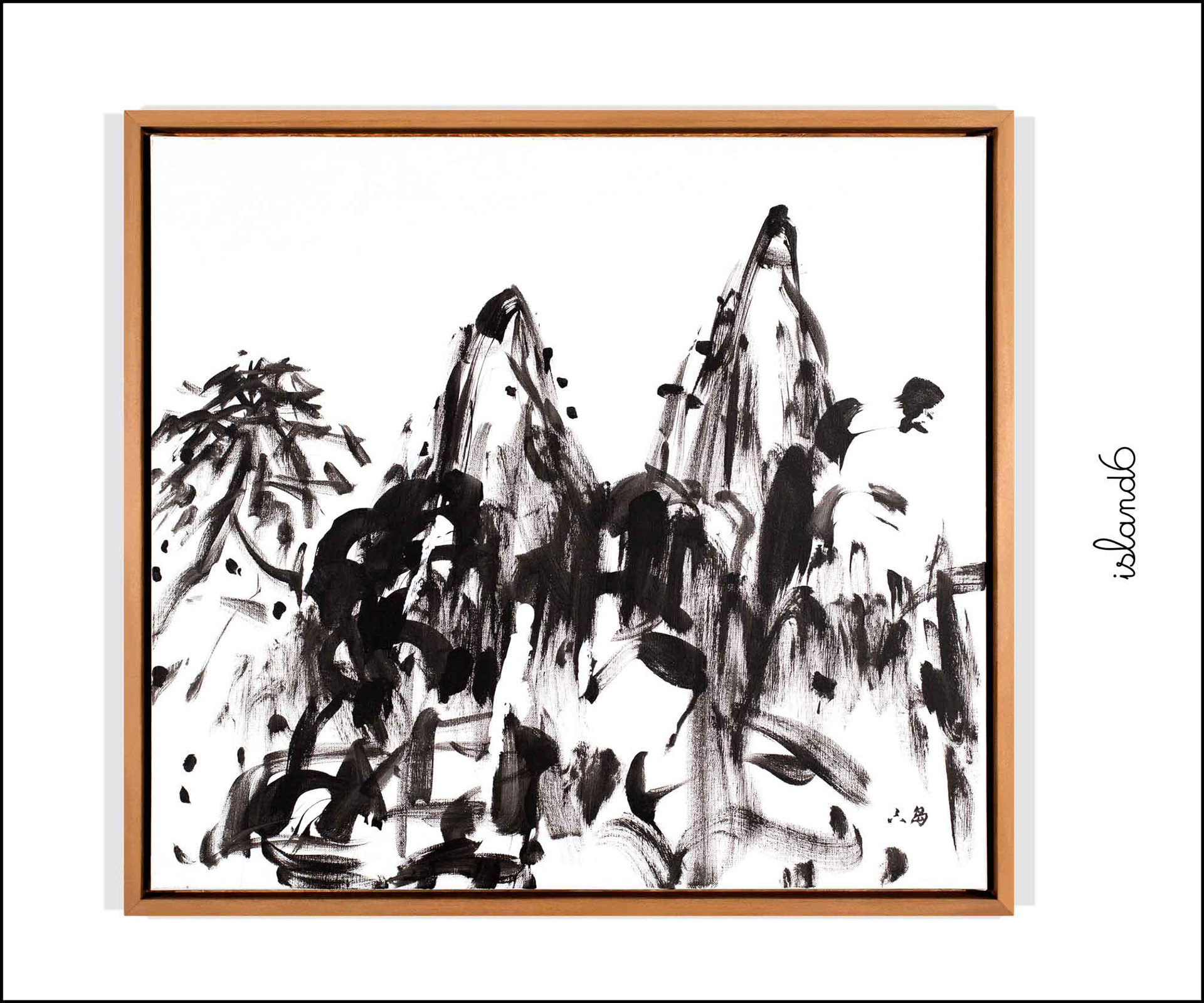 All Quiet, No Chance

The Geometries Of Inifinity

Rapt With Wine And Moon
↑Back to Top