[DOWNLOAD HIGH-RES PHOTO ↓]
// BLURB //
As the Chengyu suggests, “a fur coat can be made of scraps” (集腋成裘). A man steering a sanlunche (tricycle) sees everything while constantly acclimatising to new surroundings. But don’t expect any deep and meaningful words from him. His wheels keep on turning. What about you? Would you rather see change approaching slowly in the distance or have a head-on collision with it in the moment? Maybe it doesn’t matter, we all read the signs differently. A simple fact of life is that change is inevitable and it continues to happen at a rapid rate in Shanghai. The city’s physical appearance is ever-evolving with an endless amount of buildings being erected to accommodate growth. But it’s not like that would impress William Shakespeare or anything. “No! Time, thou shalt not boast that I do change,” wrote the poet in 1609. “Thy pyramids built up with newer might. To me are nothing novel, nothing strange; They are but dressings of a former sight.” He’d have hated the Chinese character Chai (拆), meaning to demolish, then. When it gets painted on houses and tower blocks in the country today it means the buildings’ days are numbered. People have protested against these land seizures but for most, the generous payoff that comes with such an order far outweighs sentimental value. Old hats might say unsettling demolition jobs symbolise an erosion of cultural heritage and that new paths are being laid at the expense of the past. Suzhou creek riverbank has seen its fair share of change over the years. If the sanlunche could talk, it would tell a thousand stories. But take it with a pinch of salt, as it’s probably just a load of old rubbish.
STATUS
Available. Please CONTACT US for inquiries.
EDITION, MEDIA, SIZE & WEIGHT
Unique Edition, Shanghai 2020
TFT displays, CCD cameras, acrylic painting on Plexiglass, teakwood frame
51.3(W)×51.3(H)×5.5(D) cm // 8.53 kg
TECH SPECS
• 2×1/3" Sony SUPER HAD II CCD (HS1177) with OSD, 600TVL, 10 mm lens (INPUT DC5~22V)
• 1×TFT 2.4" LCD / (Board GD24TWD+ screen GTT24P138) - (INPUT DC12V)
• 1×TFT 3.5" LCD / (Board GD35TTD + screen GTT035KDH03) - (INPUT DC12V)
• 2×MWLPV20-12 (INPUT 100~240VAC@0.55A / OUTPUT 12V@1.67A)
CRATE SIZE & WEIGHT
65(W)×65(H)×18.5(D) cm // 21.5 kg
EXPOSURE
“Perimeters, Edges, and Walls” at island6 Shanghai Main Space
CREDITS
Gao Lei 高磊 (painting) • Thomas Charvériat (art direction) • Yeung Sin Ching 杨倩菁 (production supervisor) • Ryan Watson (blurb)
CLOSE-UPS 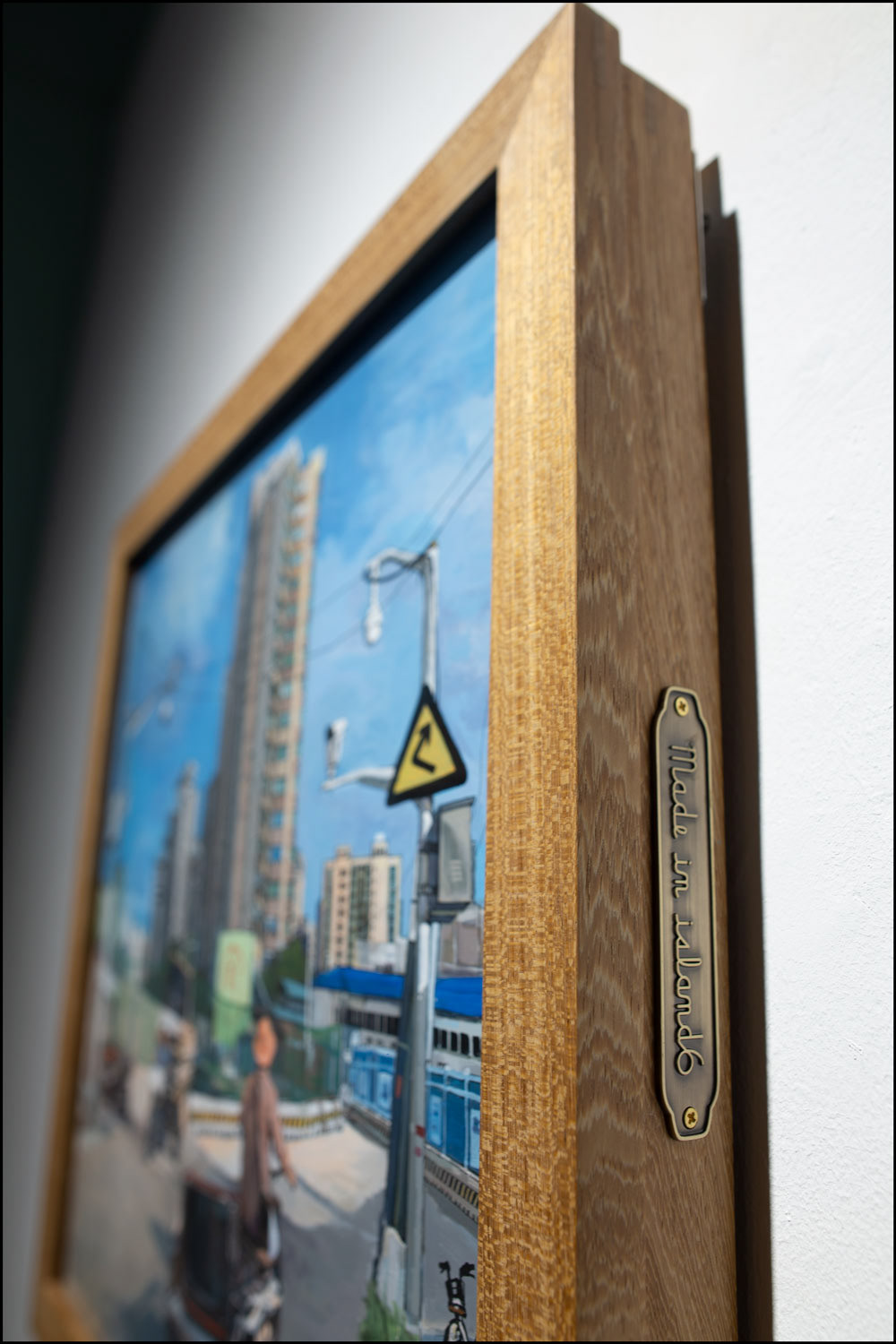 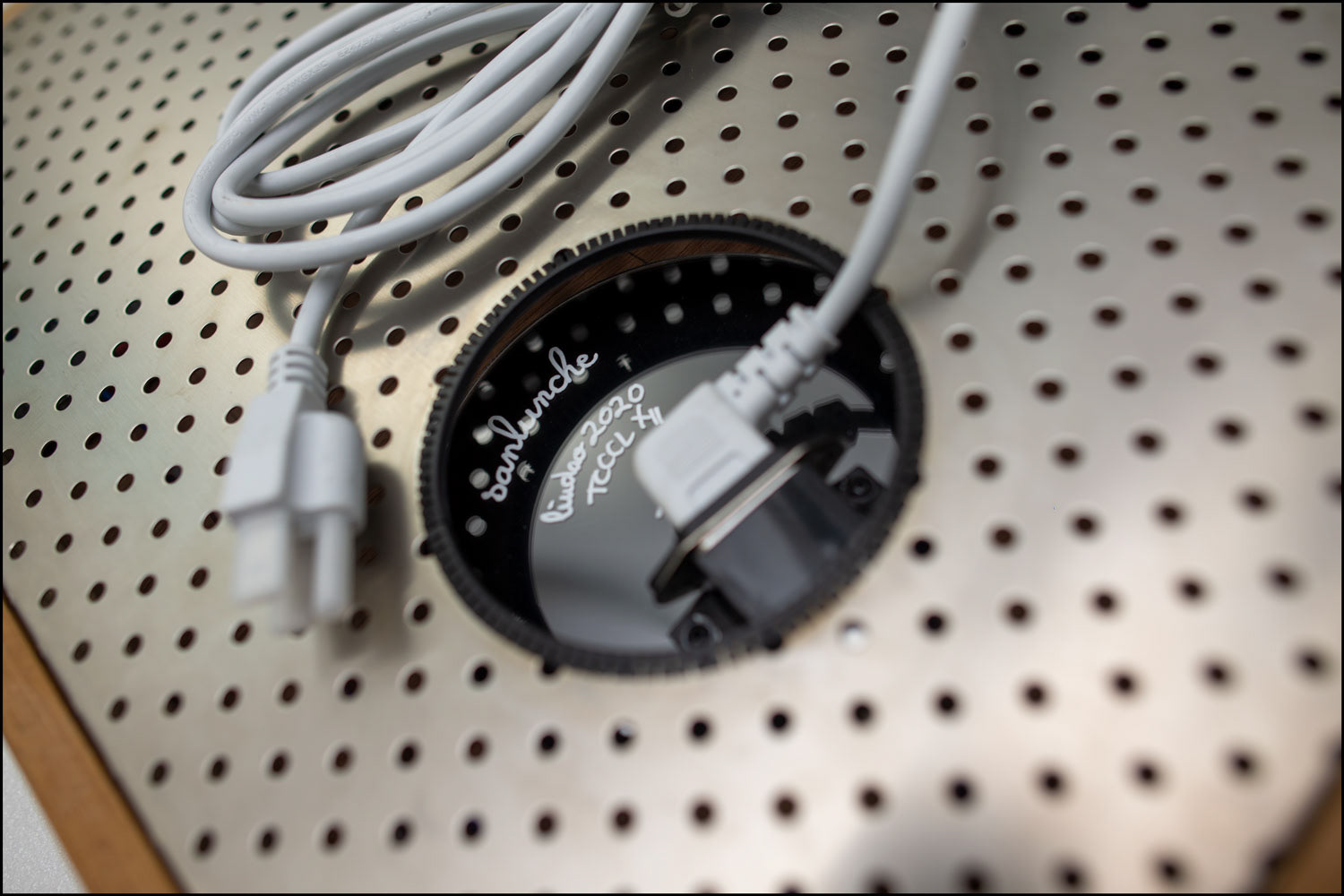 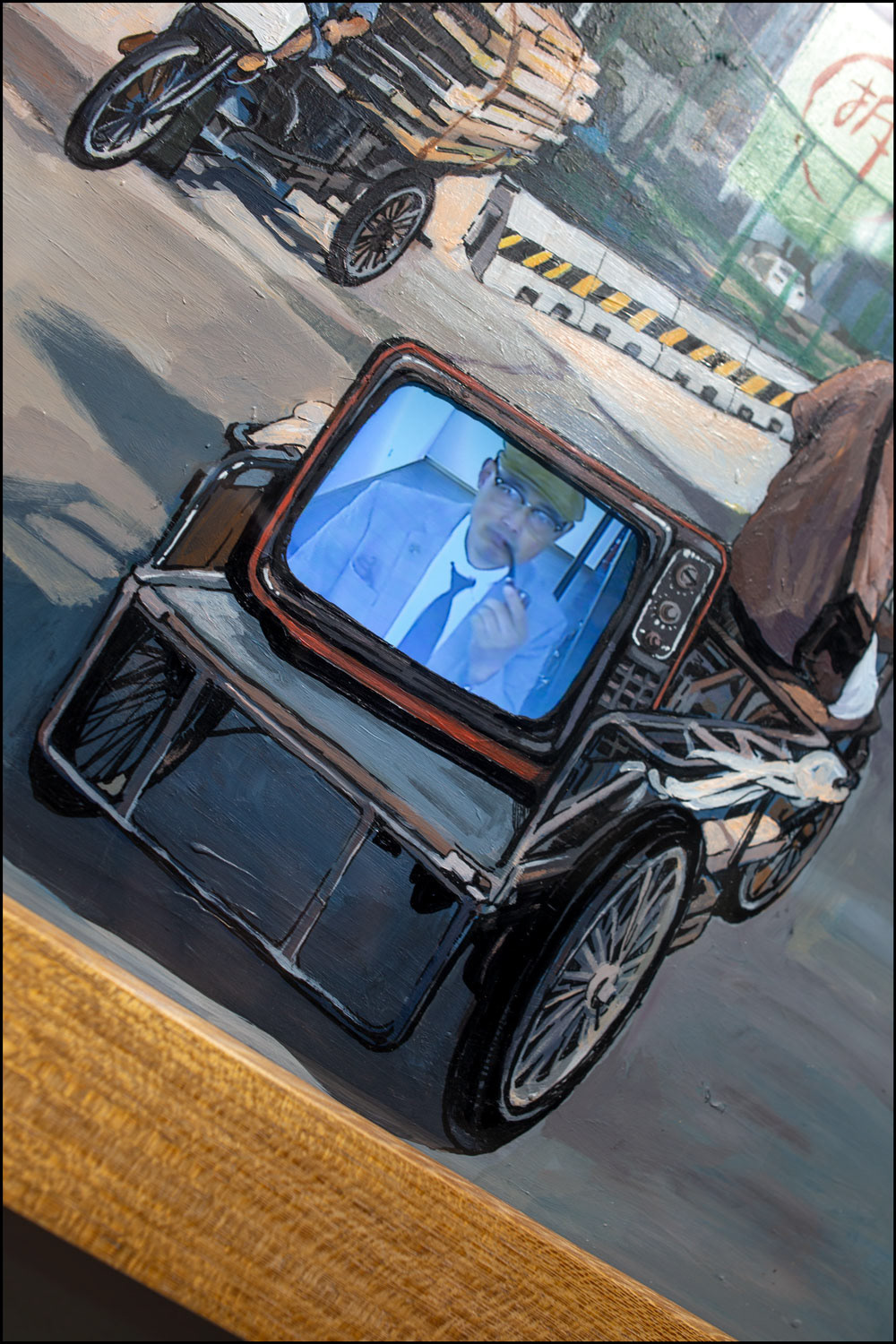 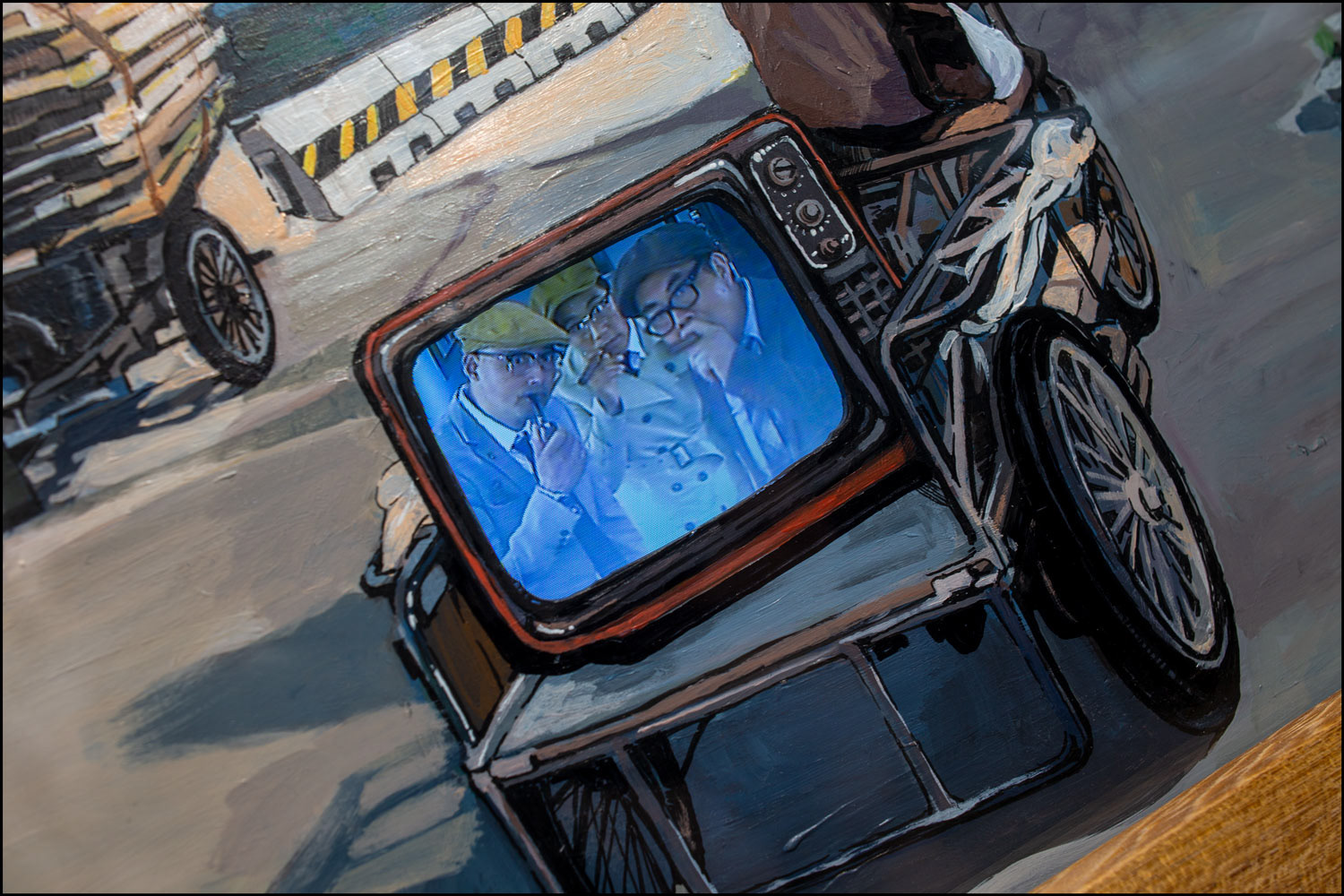 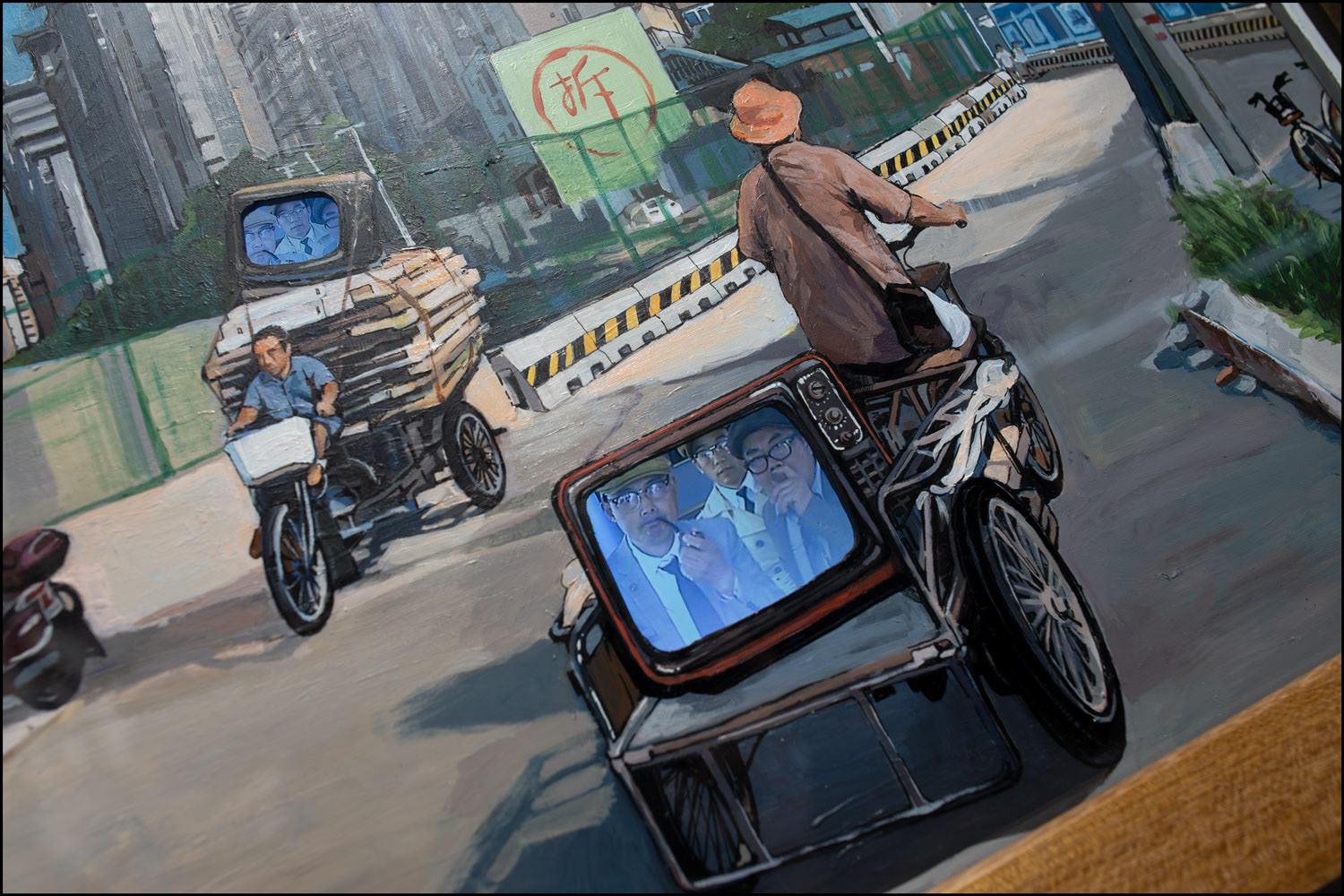 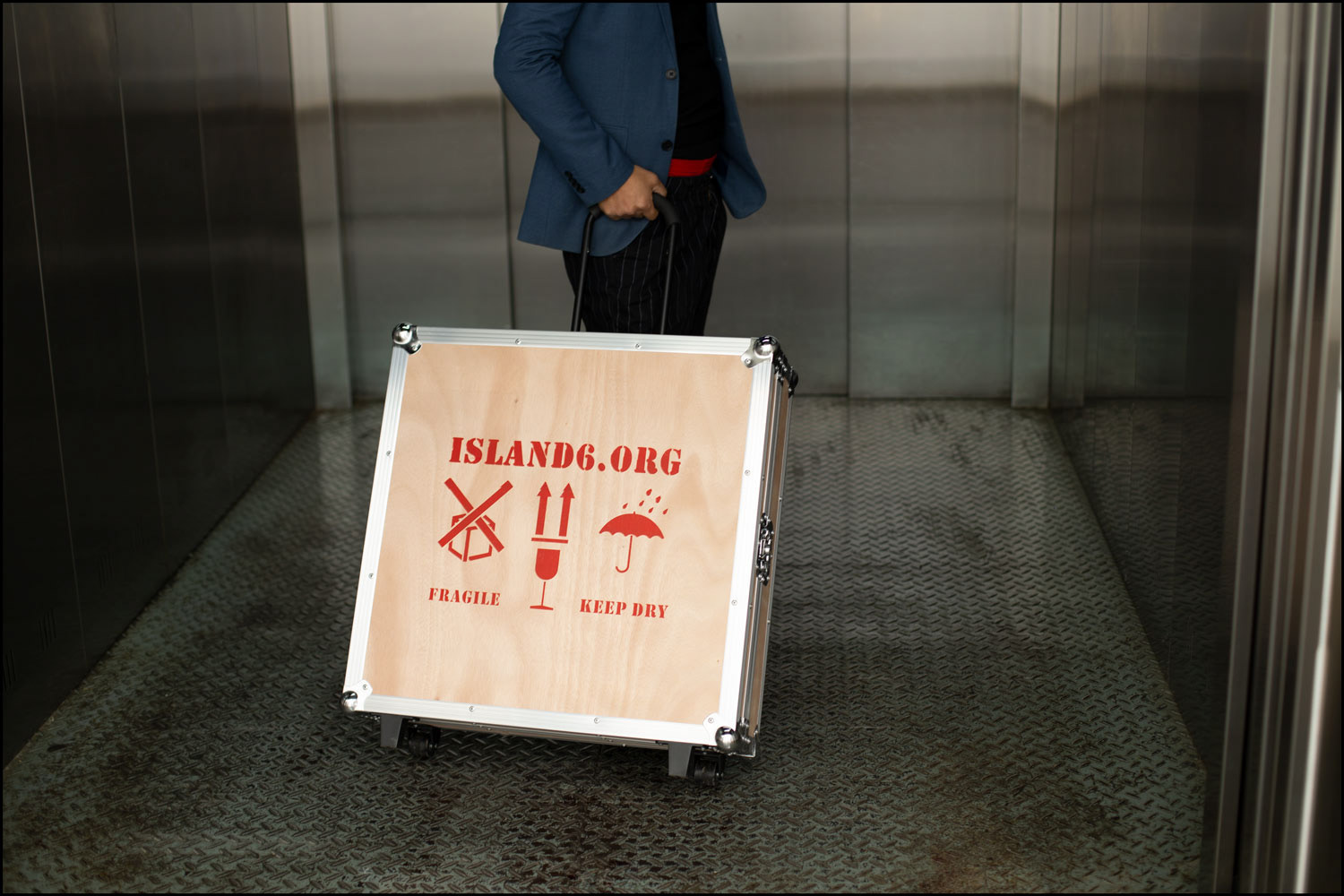 All Eyes On Me

Seize The Means Of Pollination

All The Things I Wish...
↑Back to Top