"Seize The Means Of Pollination" (抓住授粉的方法)

[DOWNLOAD HIGH-RES PHOTO ↓]
// BLURB //
Graffiti. When we strip the layers of painted meaning down to the brick, what are we left with? What were those early experimenters in 1983 New York City trying to express? The underground nature of the medium lends itself to an energetic feeling of wild reformation, of a mode that subverts not only the artworld, but those other forces of colonization, greed, and evil present in all corners of discourse. Were the imaginative needs of those artists so different from those of their forefathers? Is the Peranakan pattern on this vase any less graffiti than what’s painted onto the wall across the street? Maybe it boils down to a difference in the how rather than the what, a difference of expression rather than one of content. We’ve heard well-dressed people discuss in hushed yet excited tones heavy with the smell of expensive champagne that graffiti is a return to something primitive, to a preliterate time of big Gods and little gods, that it’s a “good investment…”. And so far, they’ve been right, but only because with a snap of their fingers and a clap of their hands, they’ve decided this is how it would be.
STATUS
Available. Please CONTACT US for inquiries.
EDITION, MEDIA, SIZE & WEIGHT
Unique Edition, Shanghai 2019
RGB LED display, acrylic painting on Plexiglas, sound sensor, 8-bit microcontroller, teakwood frame
47(W)×66(H)×5.5(D) cm // 9.75 kg
TECH SPECS
• 1×SLC SD Card
• 4×MWLPV20-5 (INPUT 100~240VAC@0.55A / OUTPUT 5V@3A)
• 3×RGB P4-L830-8S-1921V3.5 / D180526
• 1×MWLPV20-12 (INPUT 90~264VAC@0.55A / OUTPUT12V@1.67A)
• Arduino Genuino • DFROBOT Analog Sound Sensor V2​​​​​​​
CRATE SIZE & WEIGHT
61(W)×81(H)×22(D) cm // 24.4 kg
EXPOSURE
“Who Needs Men Anyway?” at island6 Shanghai Main Space​​​​​​​
CREDITS
Owen 欧文 (painting) • Yeung Sin Ching 杨倩菁 (production supervisor) • Thomas Charvériat (art direction & animation) • Carlin Reinig (blurb)
CLOSE-UPS 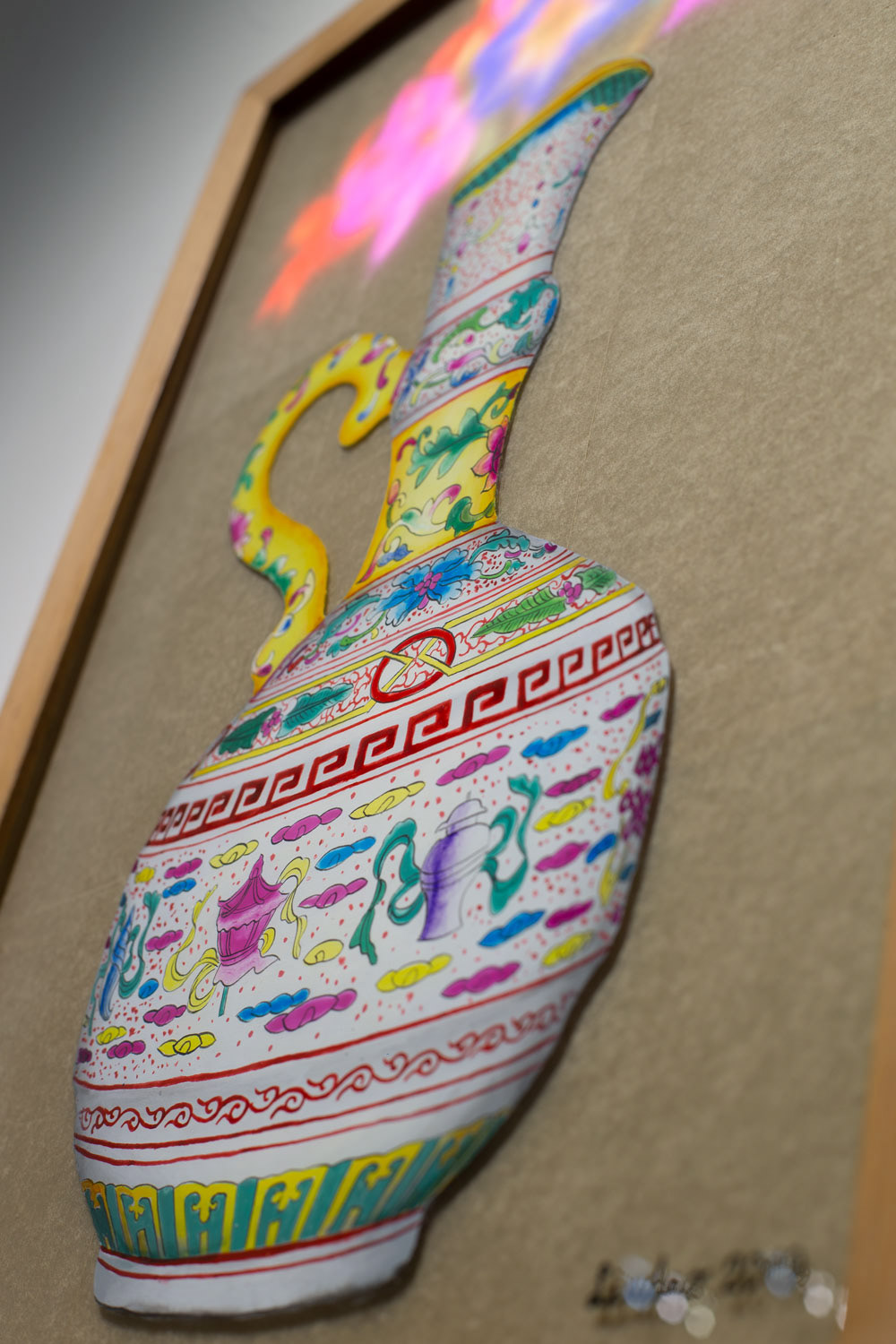 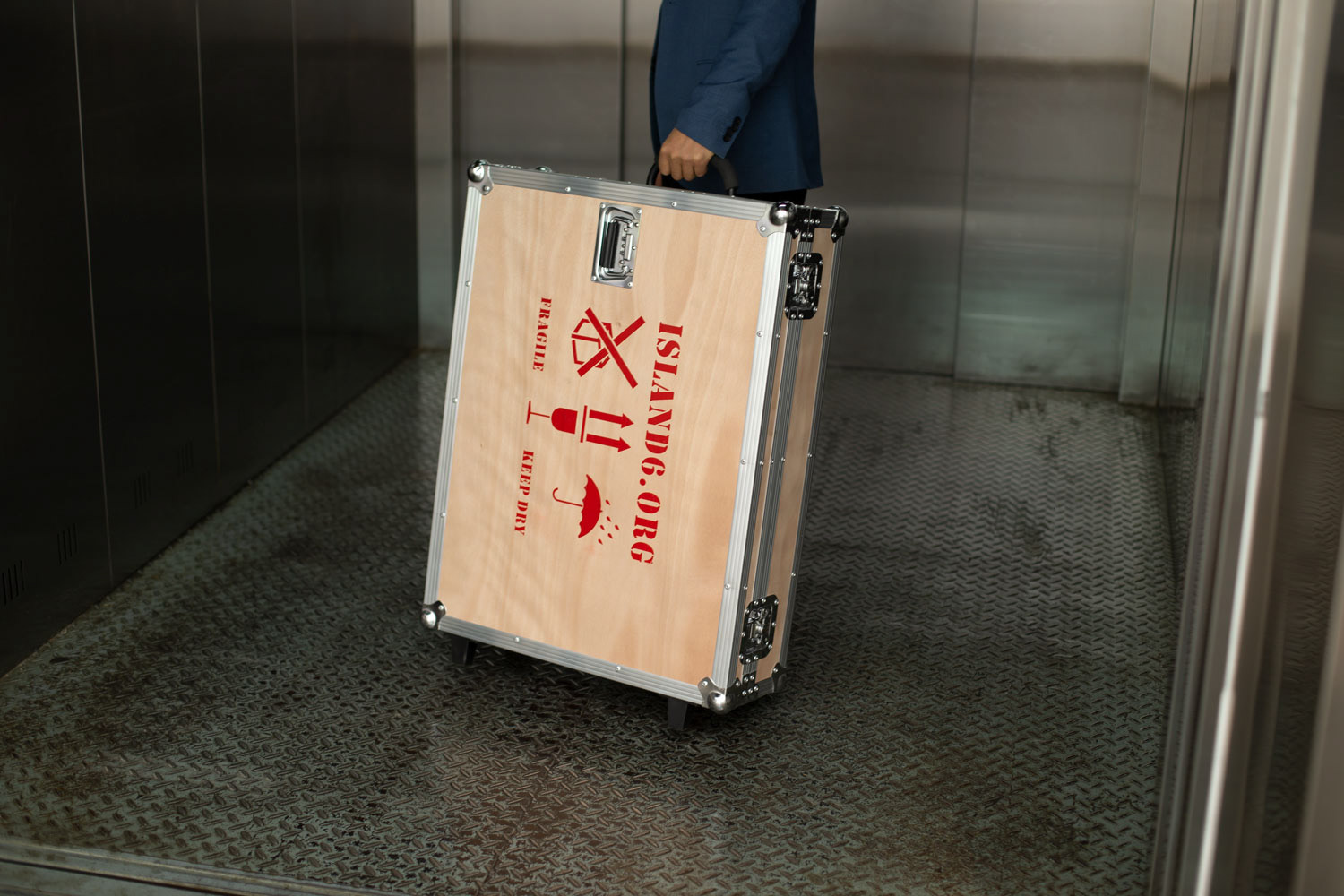 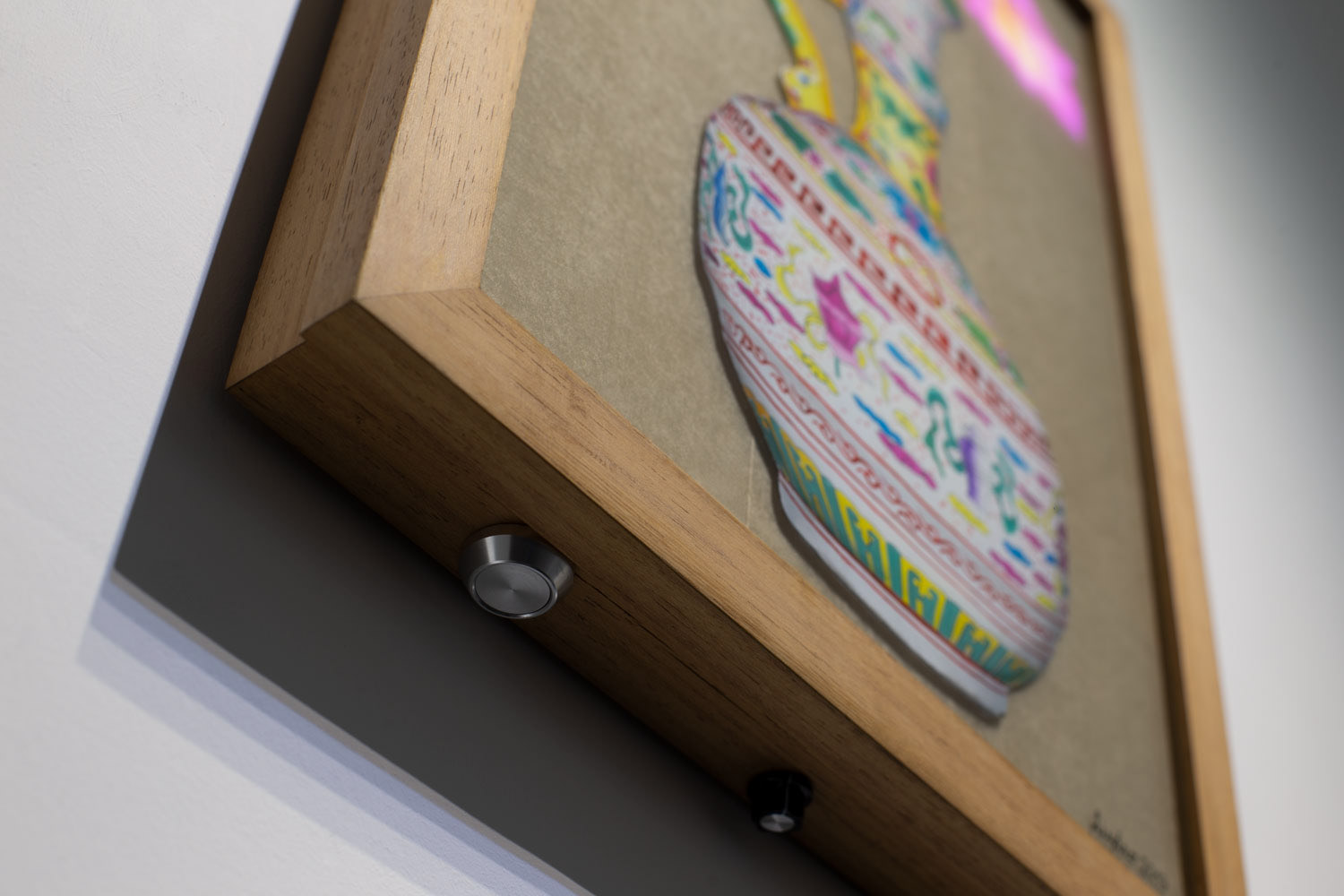 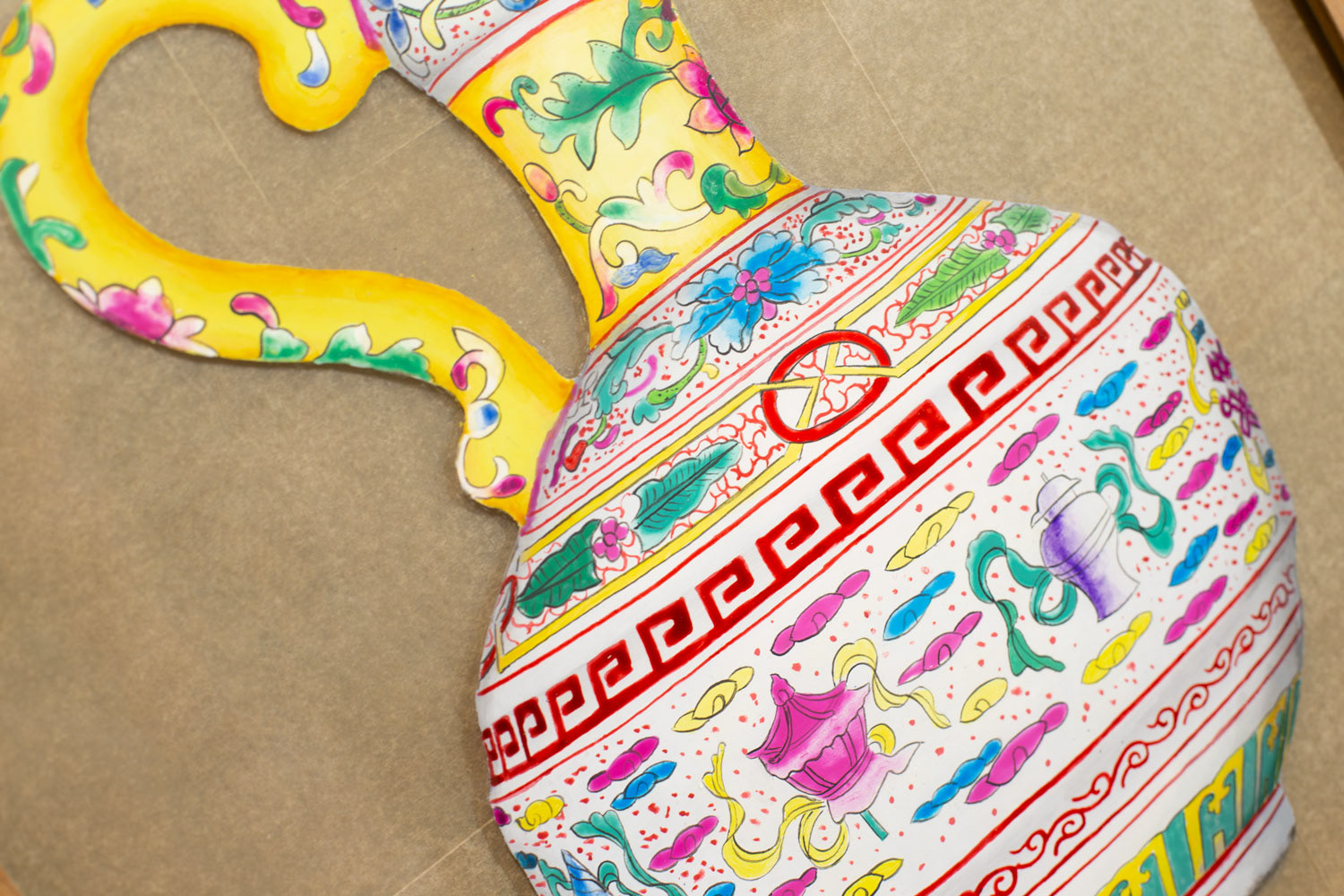 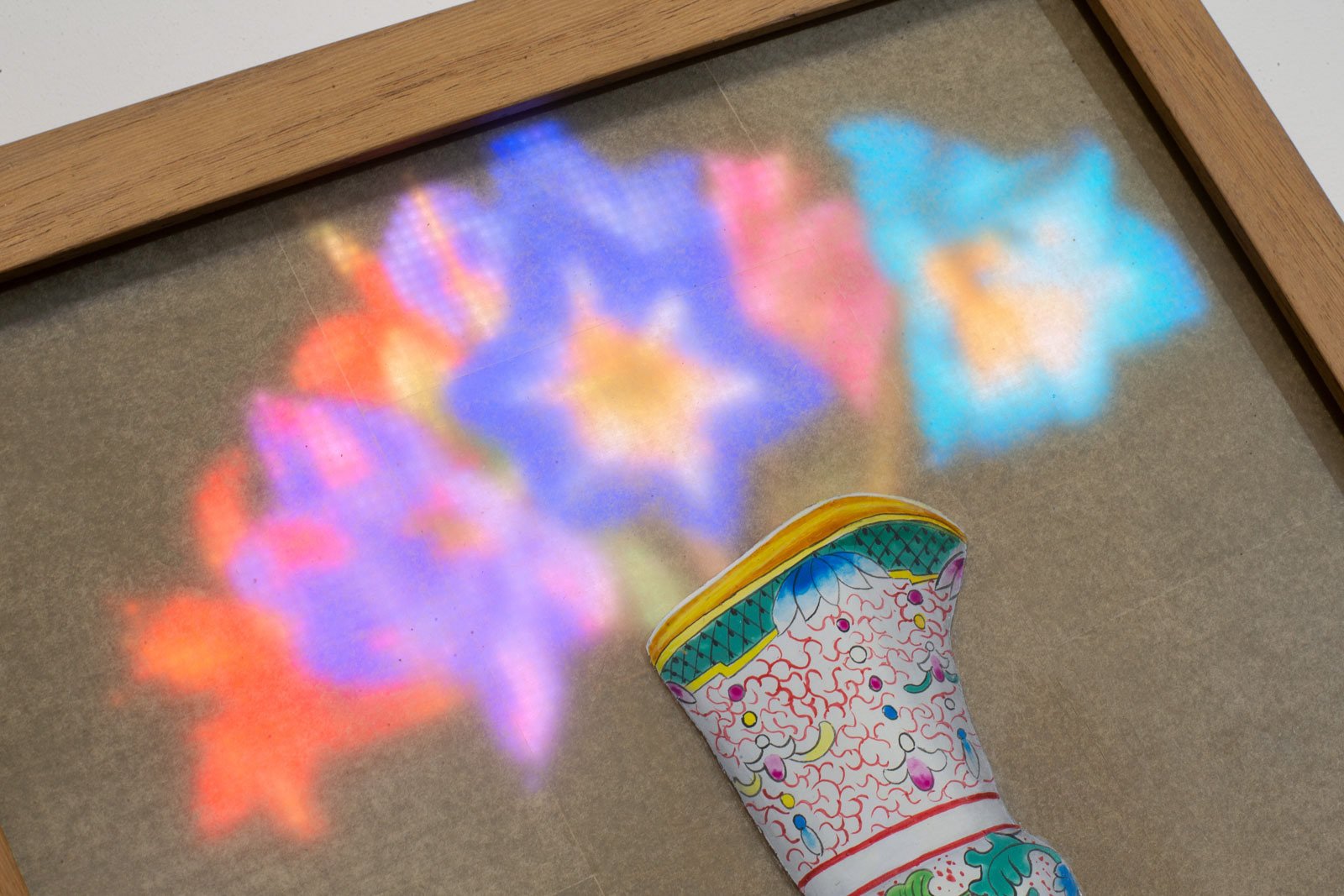 Late Night Hotline
↑Back to Top