// BLURB //
You shouldn’t play with your food, but what about when it comes to presenting it in art? Or trying to sell it on supermarket shelves? Surely there’s a bit more room for creative freedom and leniency for the juices to flow? Edible objects have appeared in artworks for centuries and the many approaches to showing flashy appetites is interesting to say the least. Imagine what sumptuous still life innovator Jan Davidsz. de Heem’s shopping list would’ve looked like when it came to creating Still Life with Ham, Lobster and Fruit. Chinese artist Zhang Huan donned a suit made of raw meat as part of his public performance My New York in 2007, which was included in the Whitney Biennial. Rirkrit Tiravanija’s own immersive style of inviting audiences in with his installations involving cooking such as Untitled (Free) in 1992 is also worth thinking about. Films, on the other hand, have had a great knack of showing food in an entertaining creative light with moving images over the years. Everyone remembers the imaginary dinner scene in Disney’s 1991 Hook classic. The meal turned into a full-on food fight with the characters throwing what looked like colorful paint at each other. What about Willy Wonka & the Chocolate Factory in 1971? We all wanted a golden ticket after seeing that movie. In real life in China, religious people love to leave food offerings to the gods at temples such as Longhua and nearby Jade Buddha in Shanghai but do the opposite in shops. Anything to get one over on the fellow consumer and while the first bird may well get the worm the second mouse gets the cheese so it depends on your bargaining skills. One thing that’s for sure in Asia though is that an appetite for everything showy is almost always on the menu so enjoy the entrée, just don’t overcook it.
STATUS
Available. Please CONTACT US for inquiries.
EDITION, MEDIA, SIZE & WEIGHT
Unique Edition, Shanghai 2020
RGB LED display, acrylic painting on Plexiglass, teak wood frame
102(W)×102(H)×5.5(D) cm // 31 kg
TECH SPECS
• 1×SLC SD Card
• 1×MWLPV20-5 (INPUT 100~240VAC@0.55A / OUTPUT 5V@3A)
• 3×ELN-30-5 (INPUT 100~240VAC@0.75A / OUTPUT 5V@5A)
• (6+1 spare)×RGB P5-2525(RGB20)-64×32-8S-M1 / D190733
CRATE SIZE & WEIGHT
115(W)×115(H)×18(D) cm // 58.6 kg
EXPOSURE
“Perimeters, Edges, and Walls” at island6 Shanghai Main Space
CREDITS
Owen 欧文 (painting) • Thomas Charvériat (art direction & animation) • Yeung Sin Ching 杨倩菁 (production supervisor) • Ryan Watson (blurb)
CLOSE-UPS 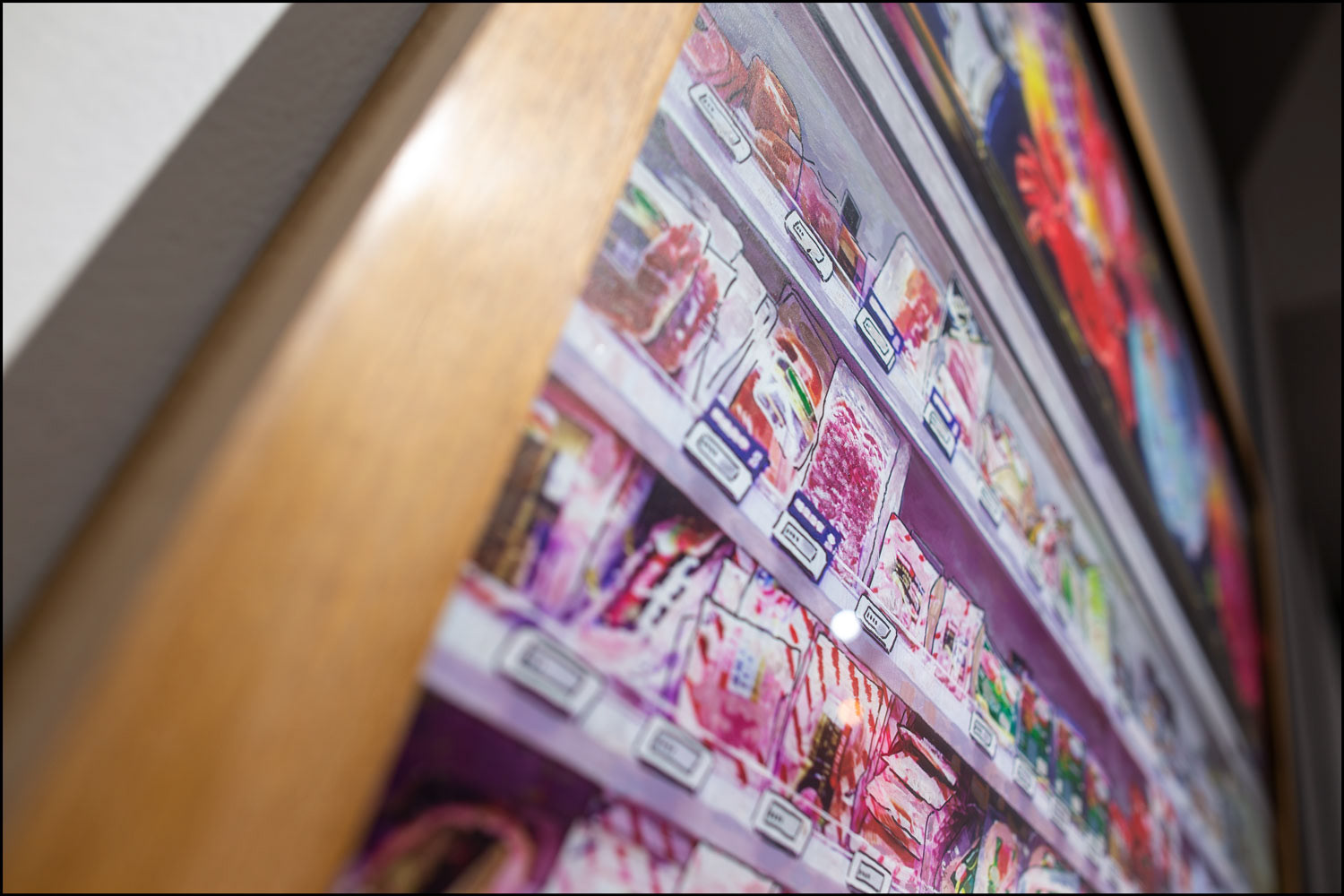 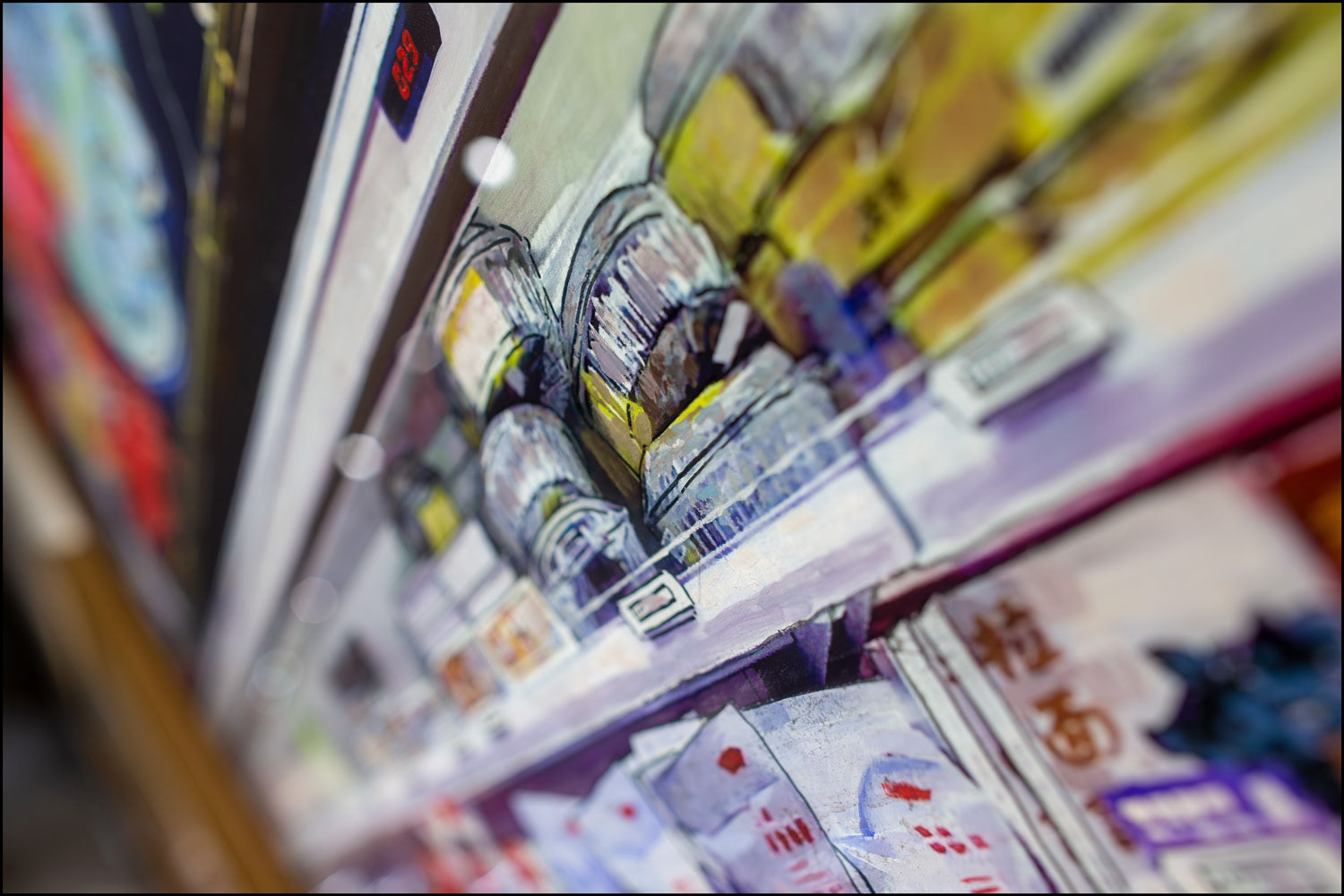 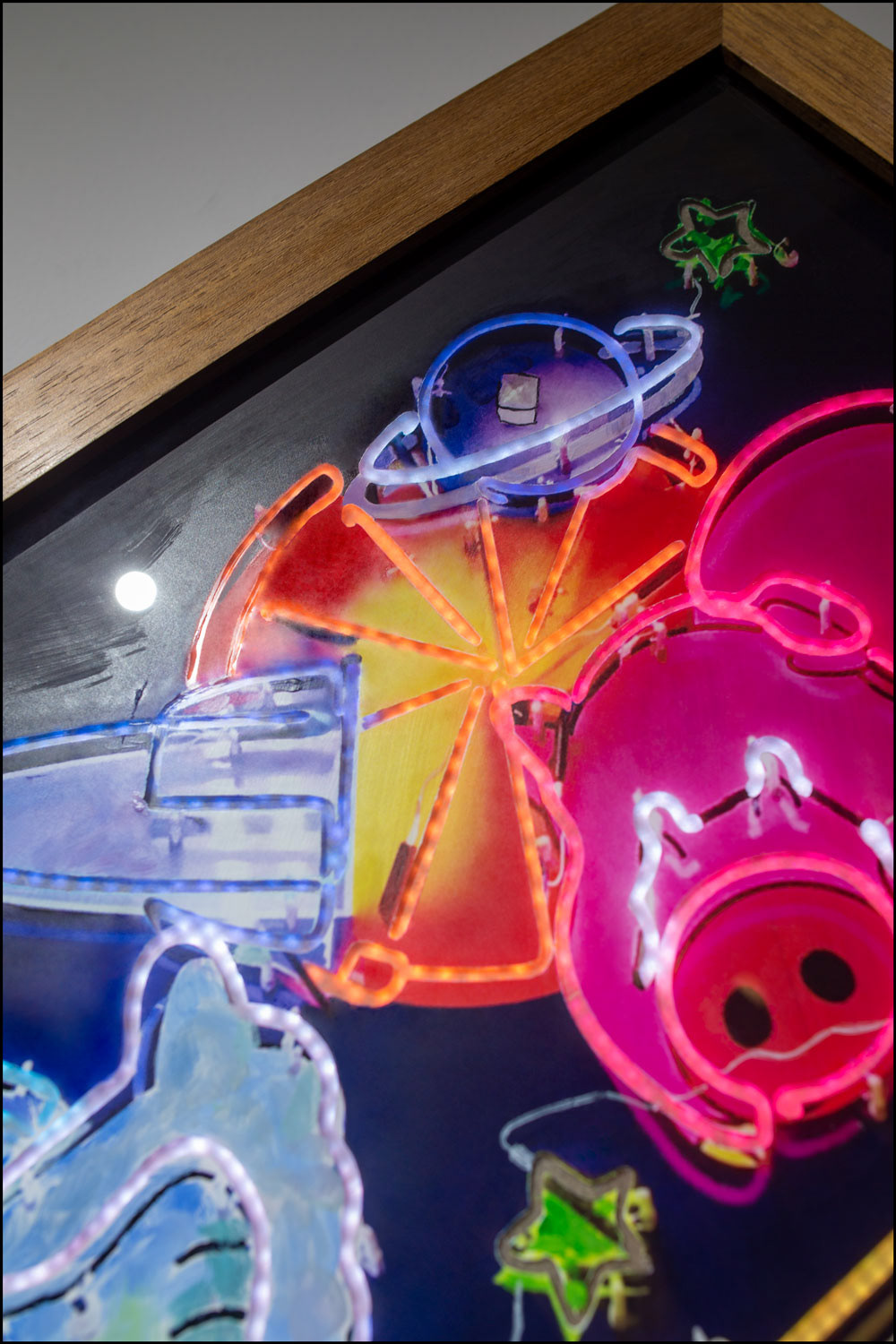 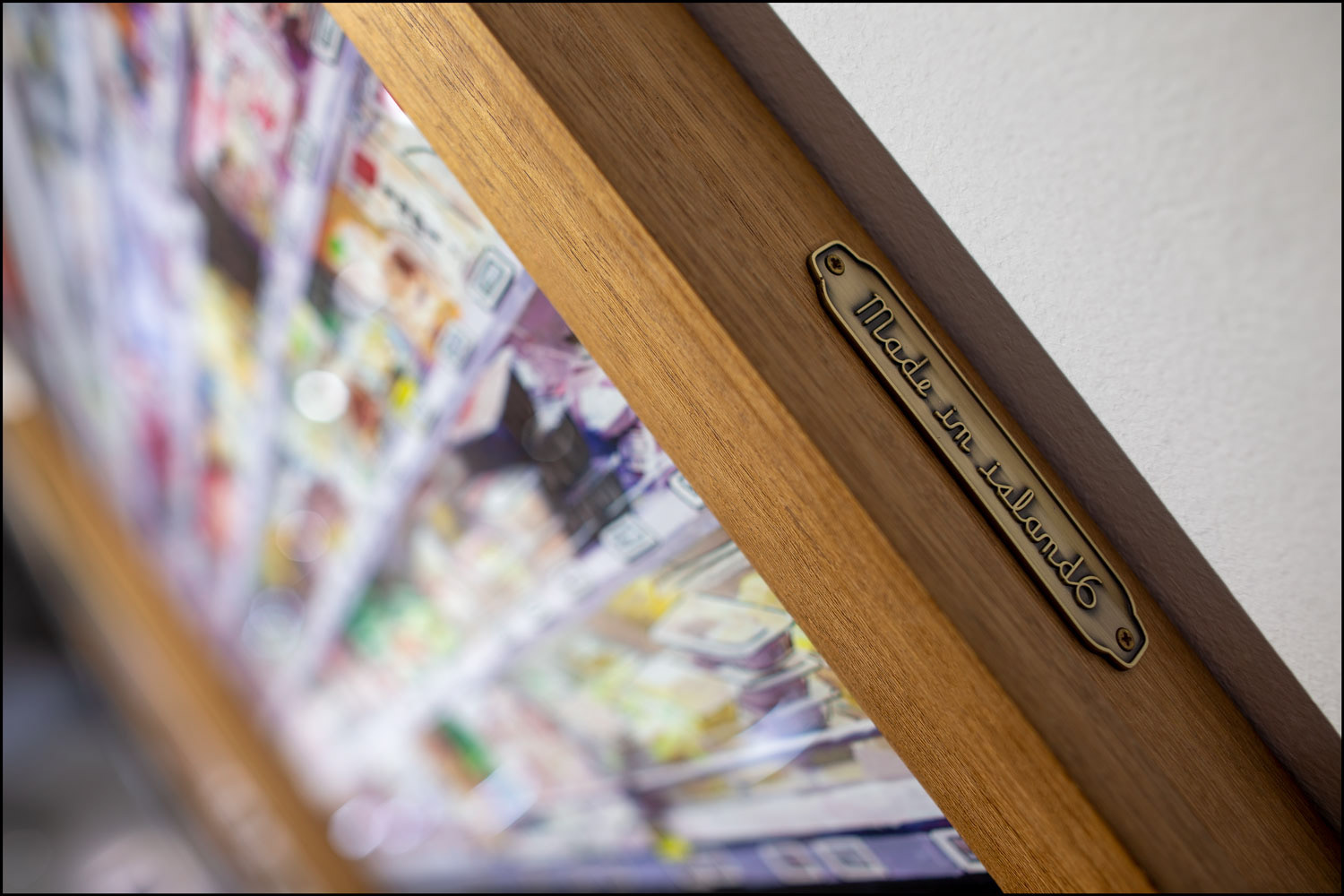 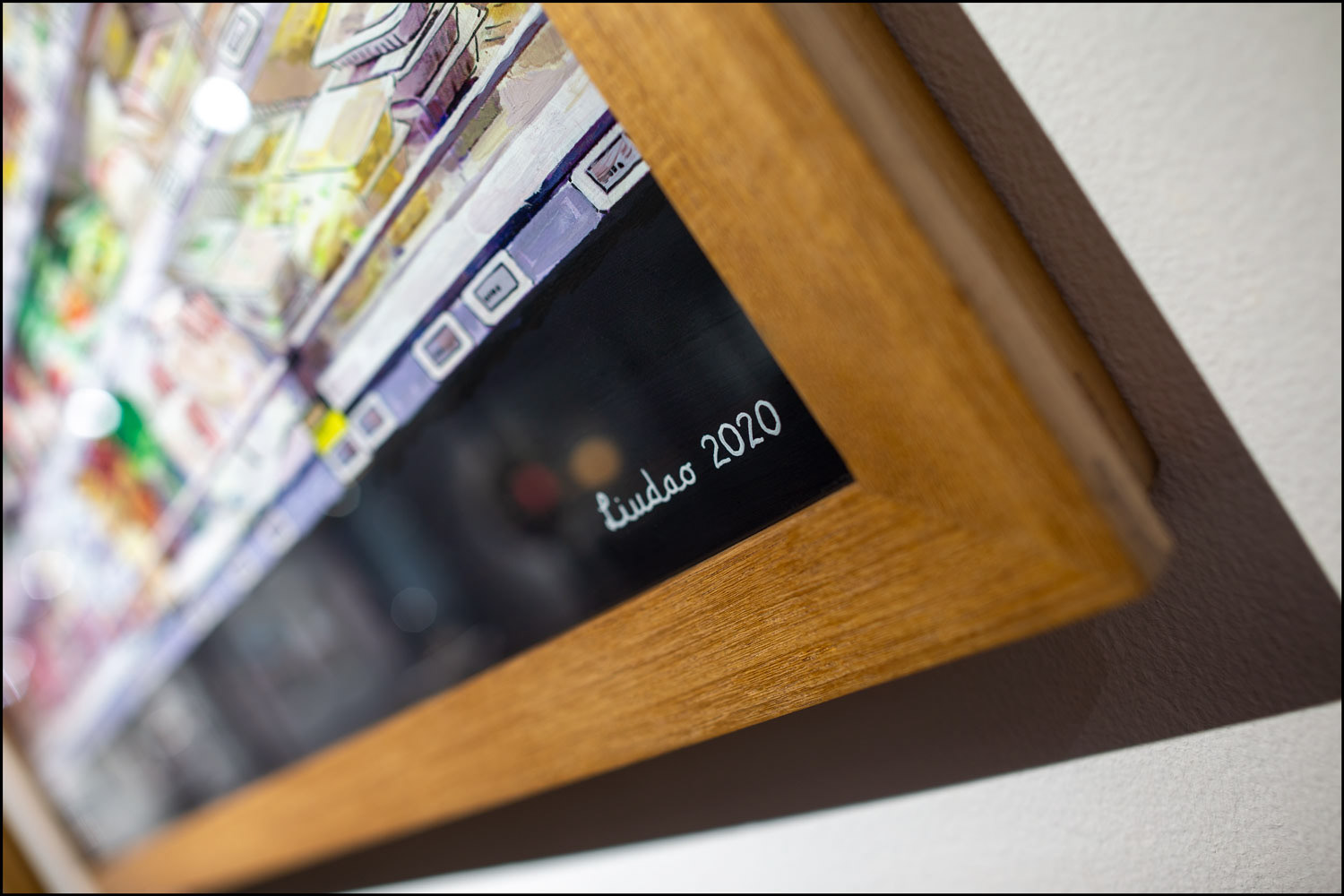 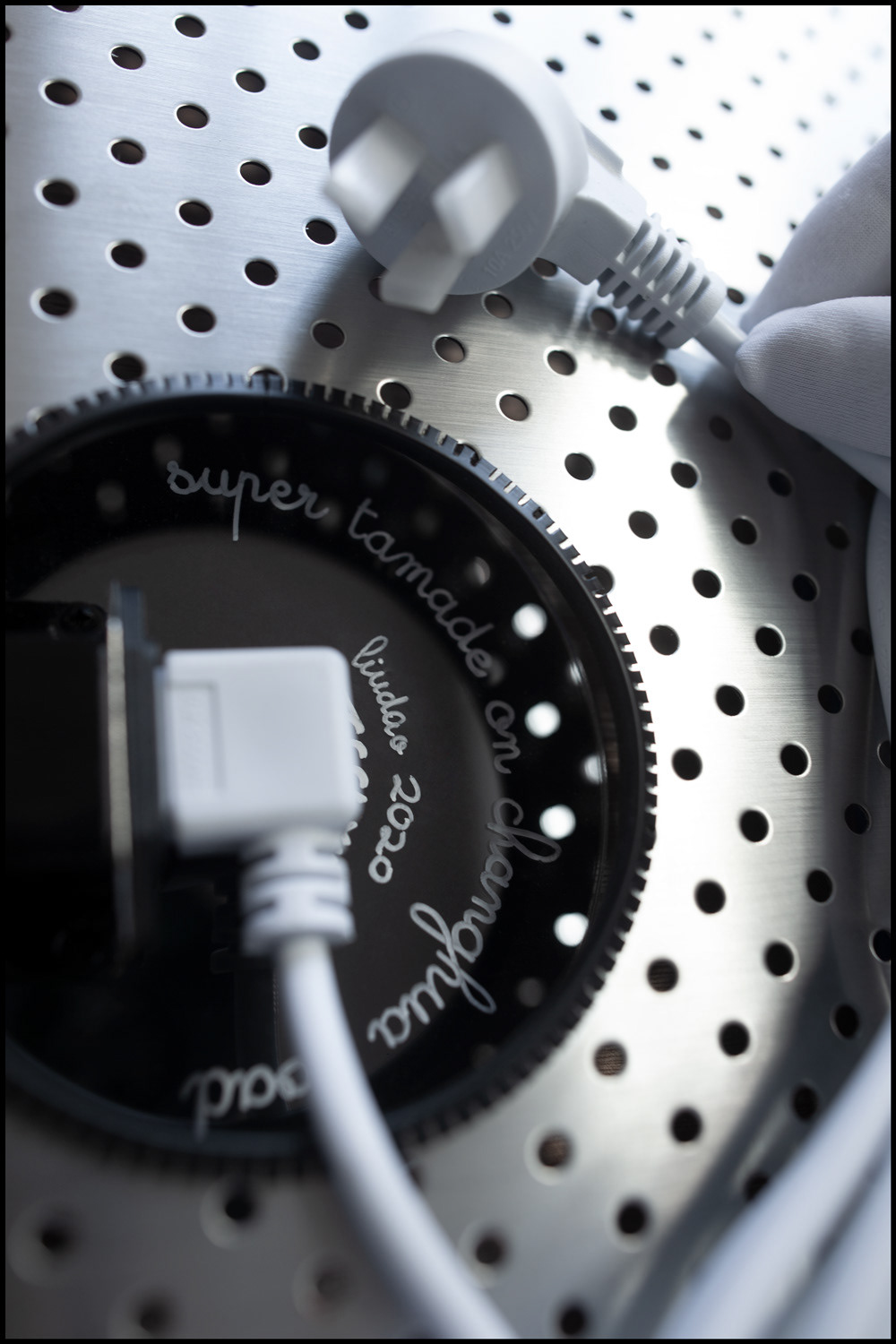 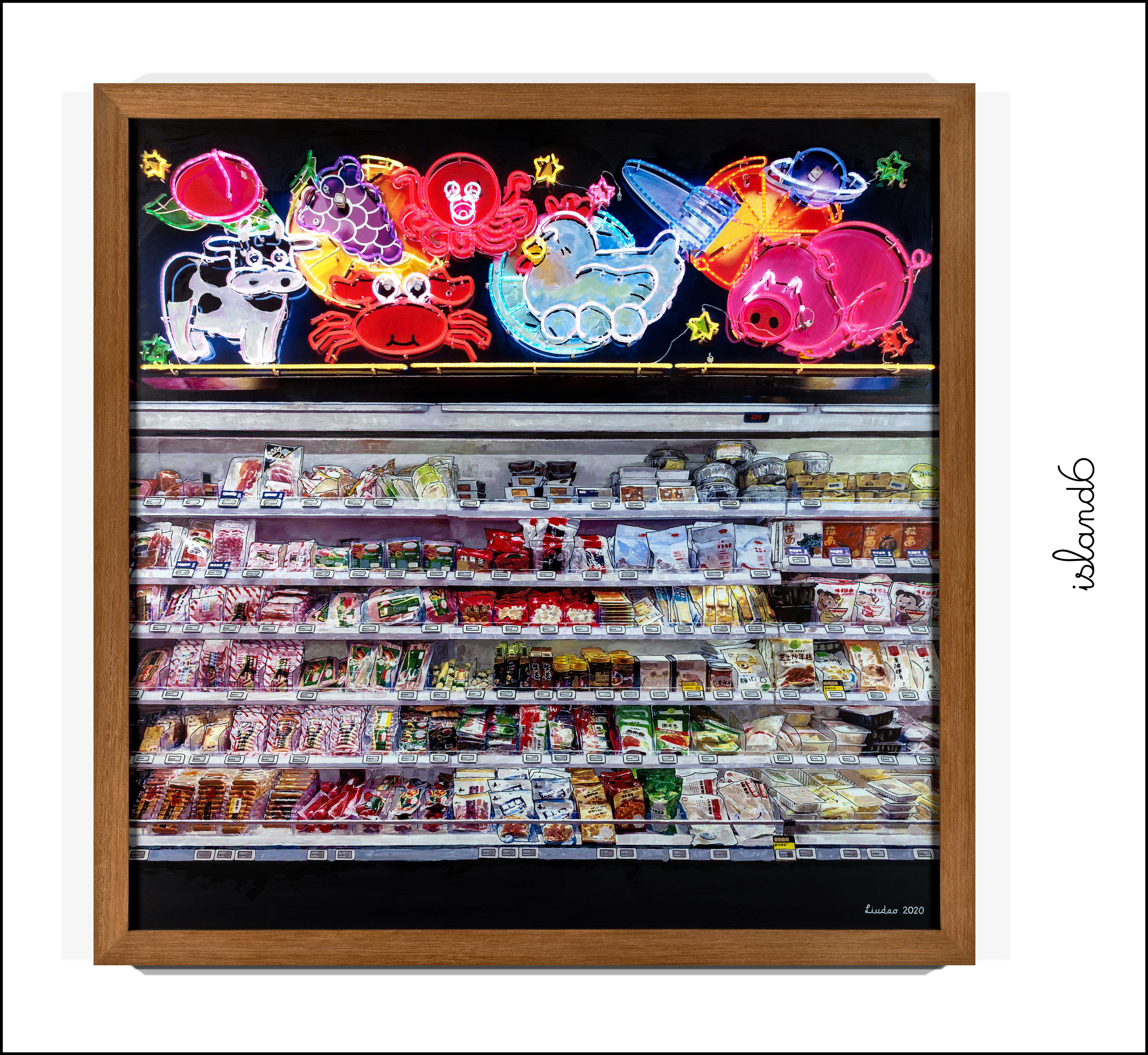 Oh I Love Your Balance

The Place Of The Chapter...

Colors in my Head

Blue Vase Corina
↑Back to Top