// BLURB //
The Dream of the Fisherman’s Wife is a famous woodblock-printed design by Japanese artist Hokusai that presents a female shell diver being preyed upon by a pair of octopuses. The larger of the two feeds on the woman’s genitals as its younger offspring focuses on her mouth while caressing her left nipple. The piece has become Hokusai’s most famous shunga design – sex sells, after all – and is just one of the many representations of octopuses in Japanese art. In more recent culture, the eight-limbed sea creatures have migrated to another kind of woodblock to become the hunted on chopping boards. In 1935, street food vendor Tomekichi Endo discovered the Osakan snack takoyaki, or octopus dumplings, and the dish has been widely consumed ever since. Typically made with diced or minced octopus, tempura scraps, pickled ginger and green onion, the filling is covered by a wheat flour-based batter and cooked in a special molded pan. Sauce and mayo is then added as well as green laver for connoisseurs to chow down on. Imagine taking Endo for some takoyaki today. Being told about the people he saw come and go at his booth over the years and things he overheard would be as appetising as the cuisine. Despite the somewhat graphic nature of that Girl Diver artwork, getting down and dirty with a few octopuses doesn’t seem all that extreme anymore. Now there’s food for thought.
STATUS
SOLD. Private collection, London.
EDITION, MEDIA, SIZE & WEIGHT
Unique Edition, Shanghai 2020
RGB LED display, acrylic painting on Plexiglass, Indonesian Merbau wood frame
120(W)×120(H)×5.5(D) cm // 45.3 kg
TECH SPECS
• 2×SLC SD Cards
• 5×MWLPV-60-5 (INPUT 100~240VAC@1.2A / OUTPUT 5V@8A)
• 1×MWLPV20-5 (INPUT 100~240VAC@0.55A / OUTPUT 5V@3A)
• (15+1 spare)×RGB P4-1921-8S-V2.0 / SWP4191102KMFF-0293/3260
CRATE SIZE & WEIGHT
135(W)×135(H)×21(D) cm // 86.5 kg
EXPOSURE
“Perimeters, Edges, and Walls” at island6 Shanghai Main Space
CREDITS
Gao Lei 高磊 (painting) • Thomas Charvériat (art direction & animation) • Yeung Sin Ching 杨倩菁 (production supervisor) • Ryan Watson (blurb)
CLOSE-UPS 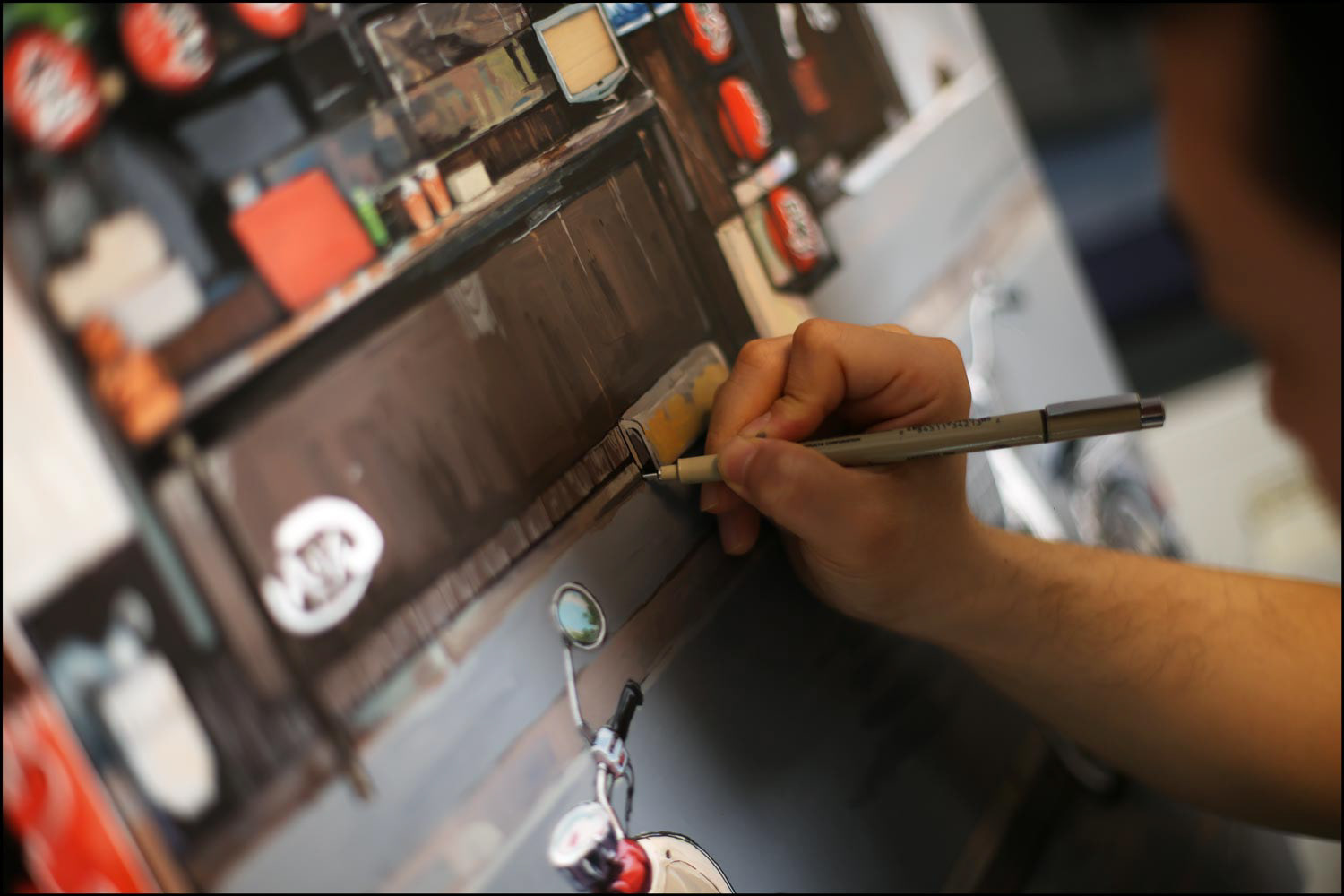 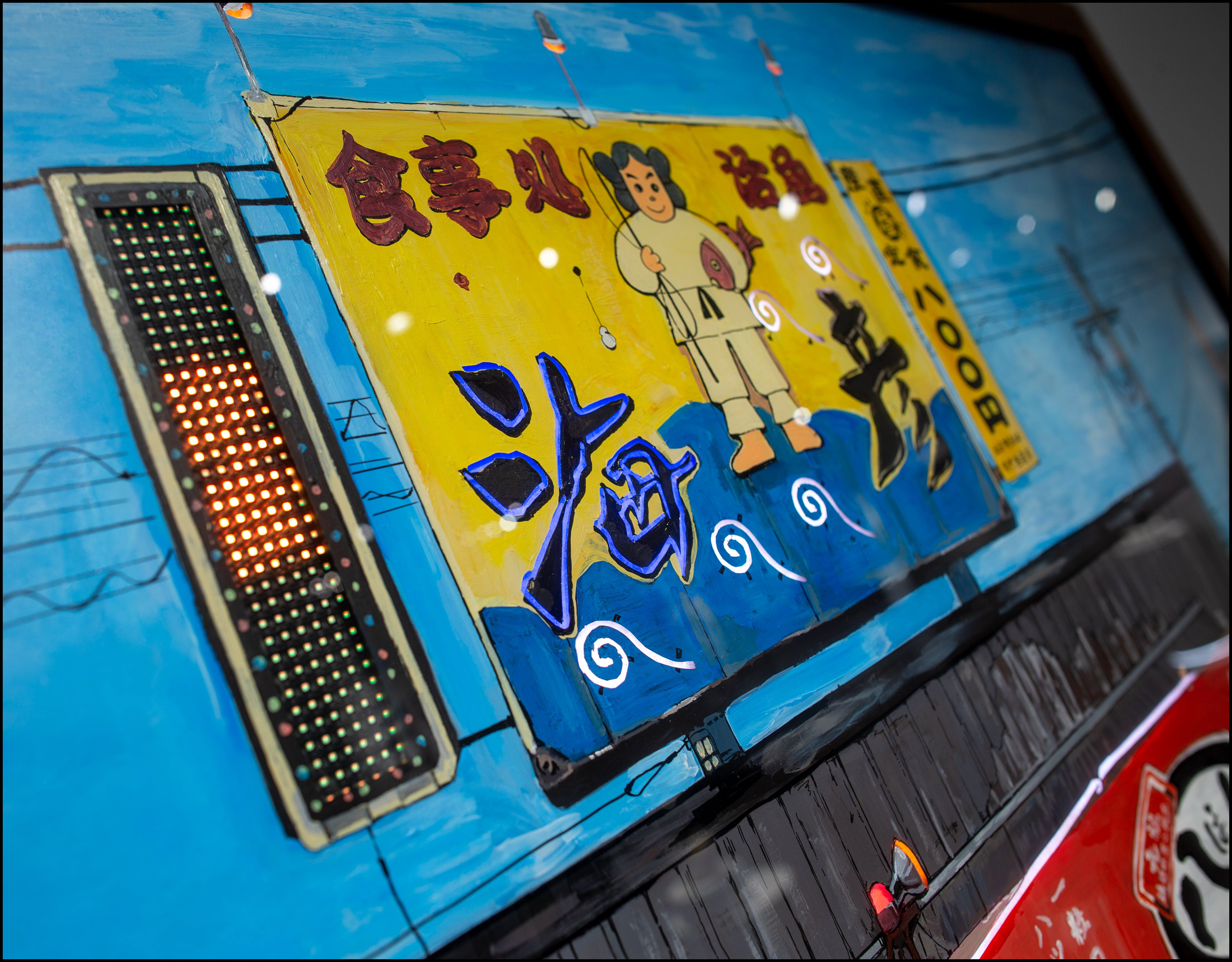 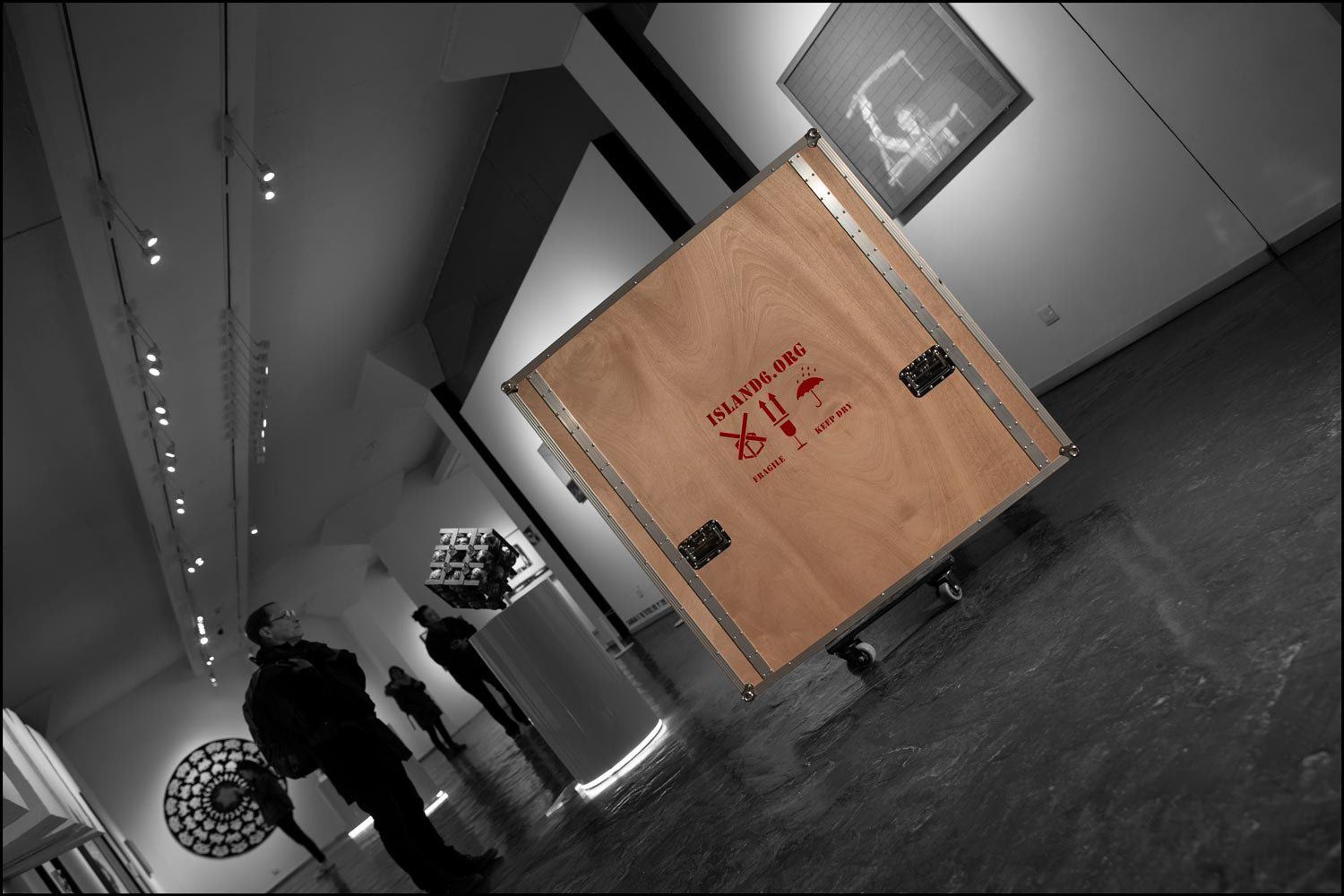 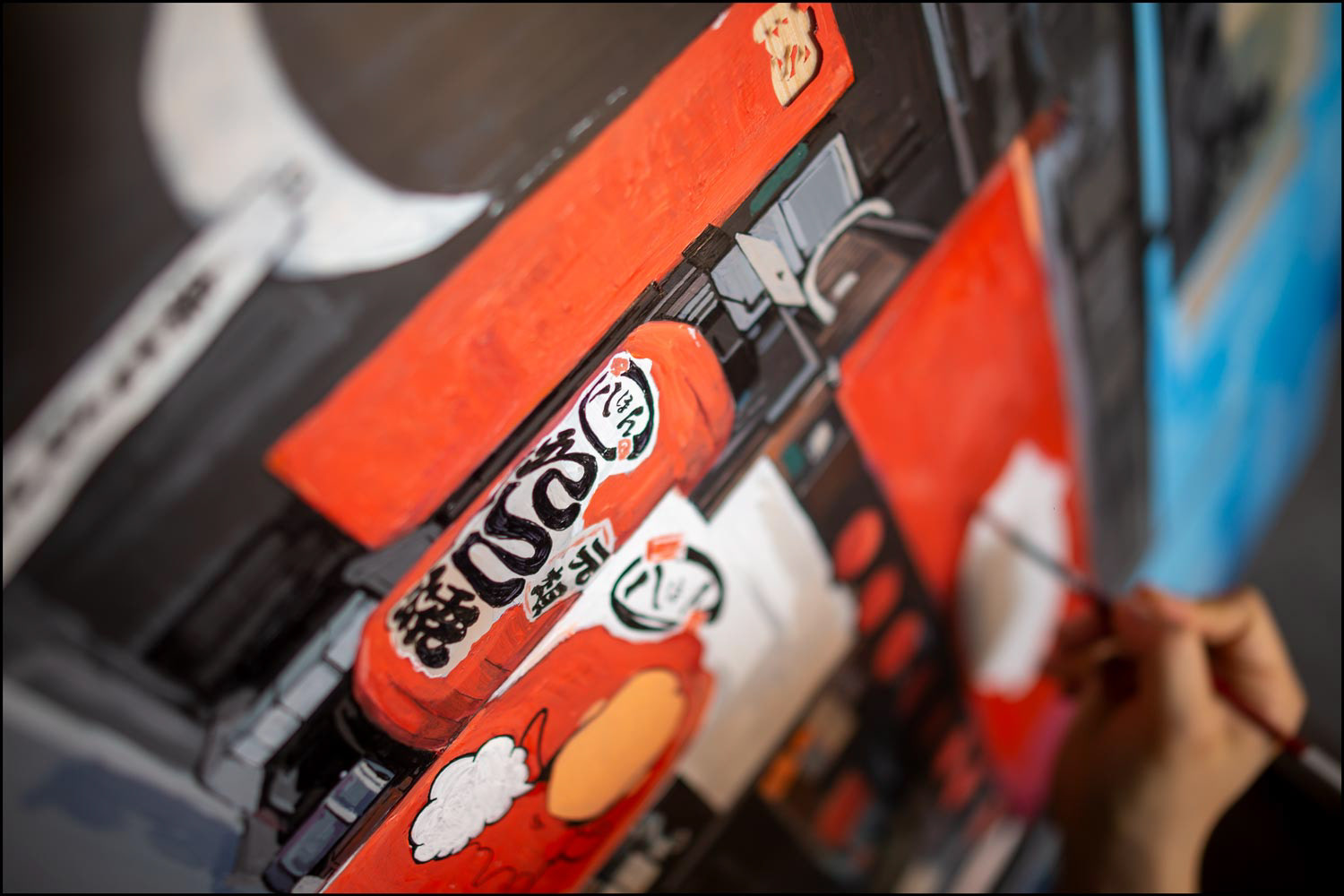 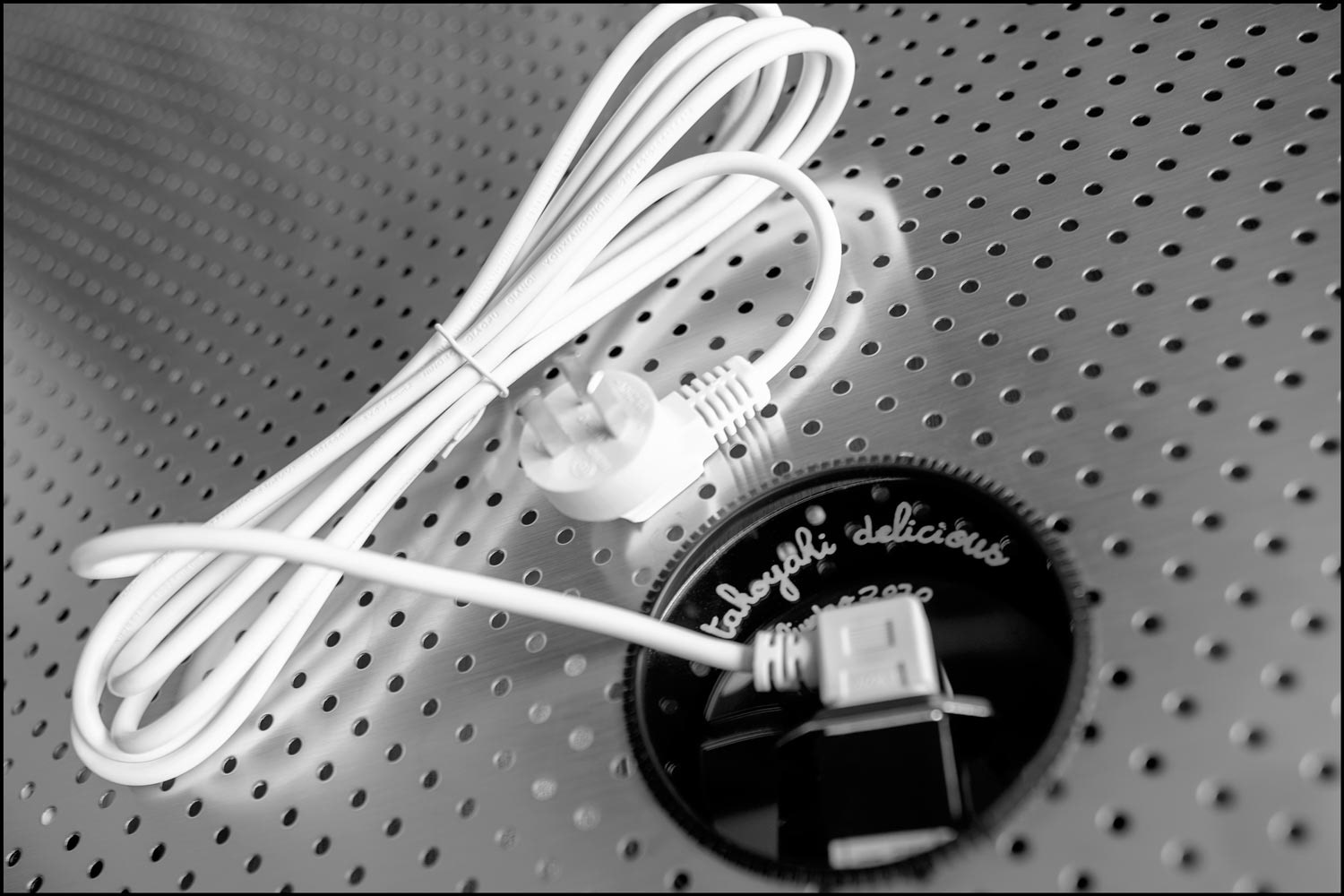 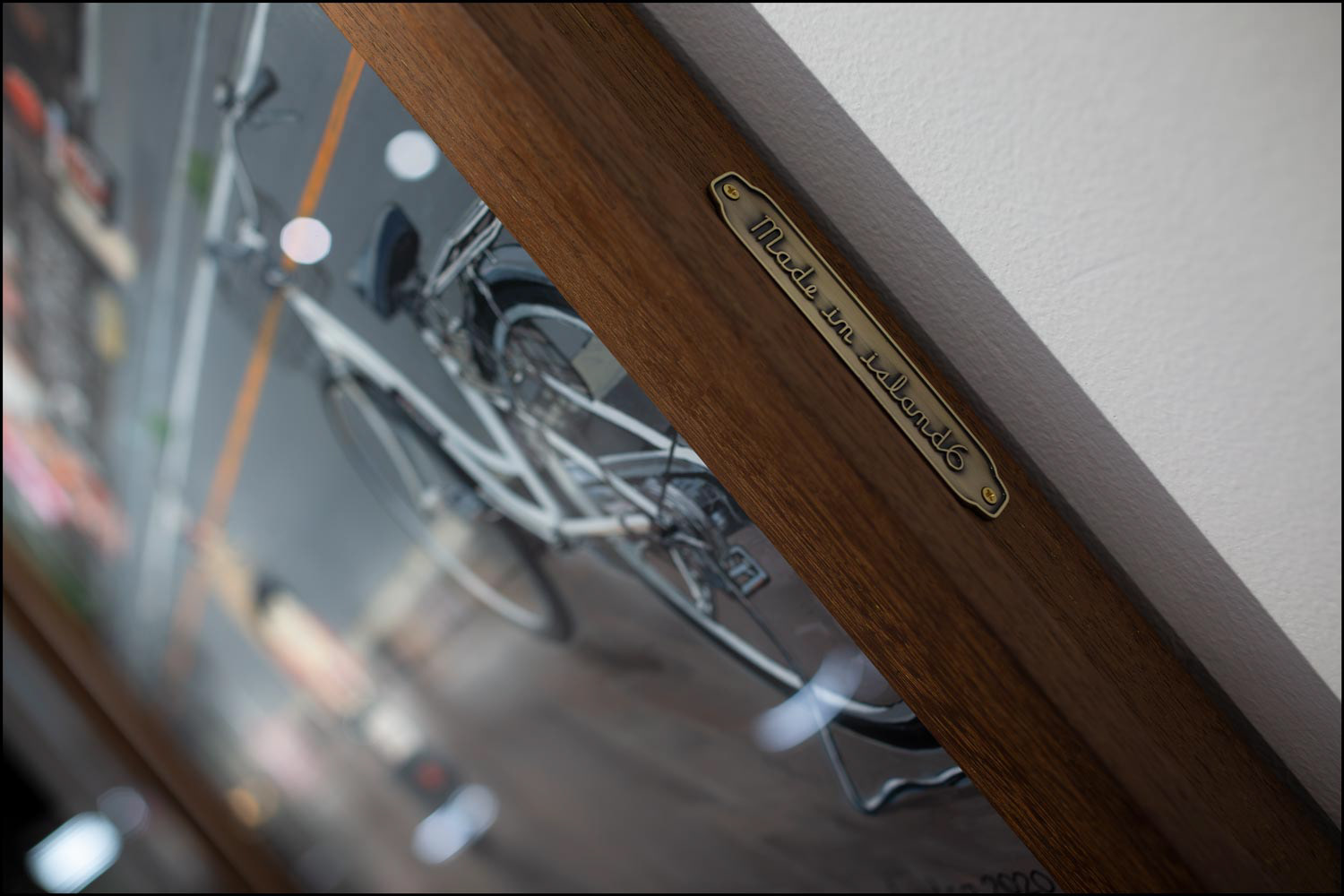 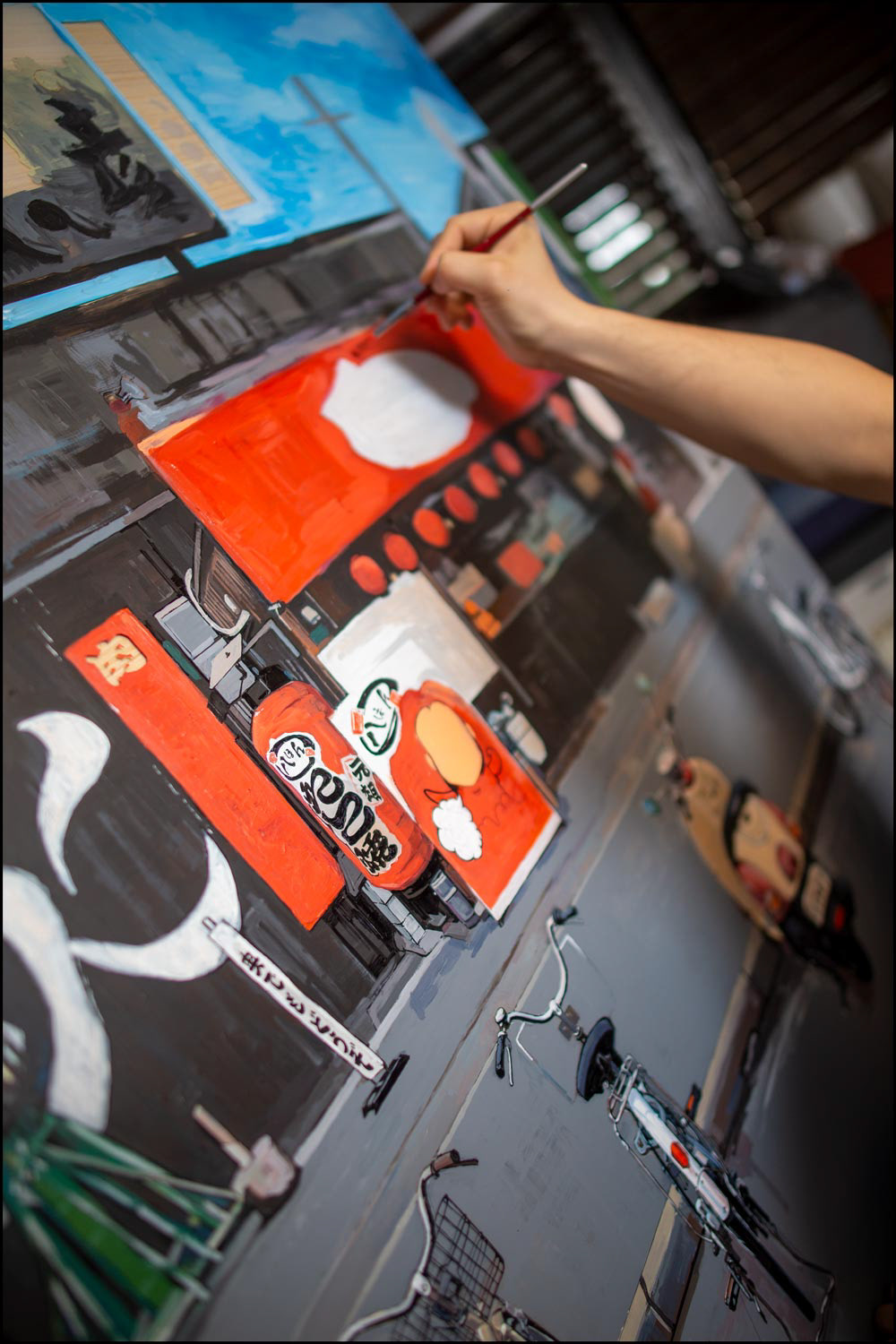 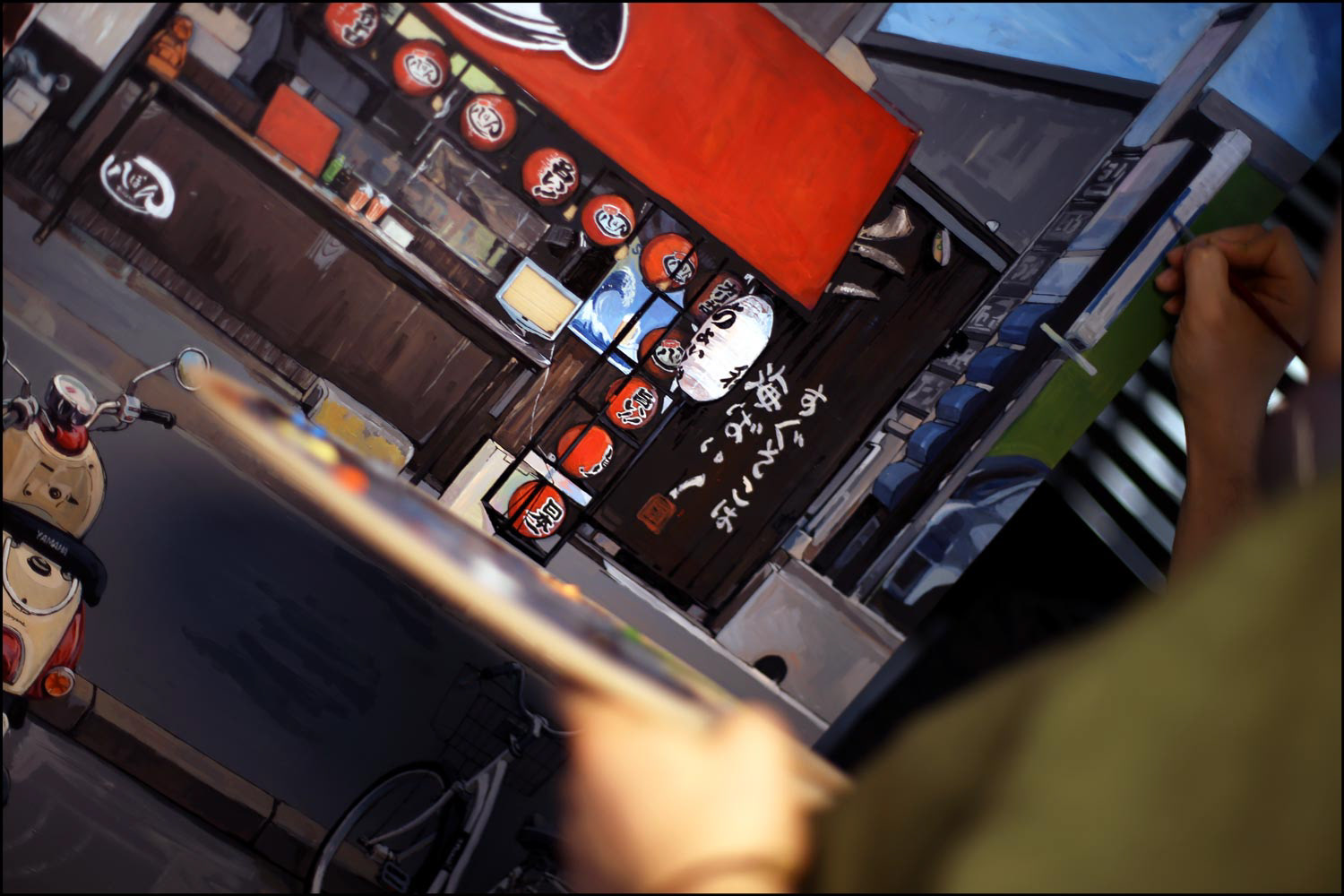 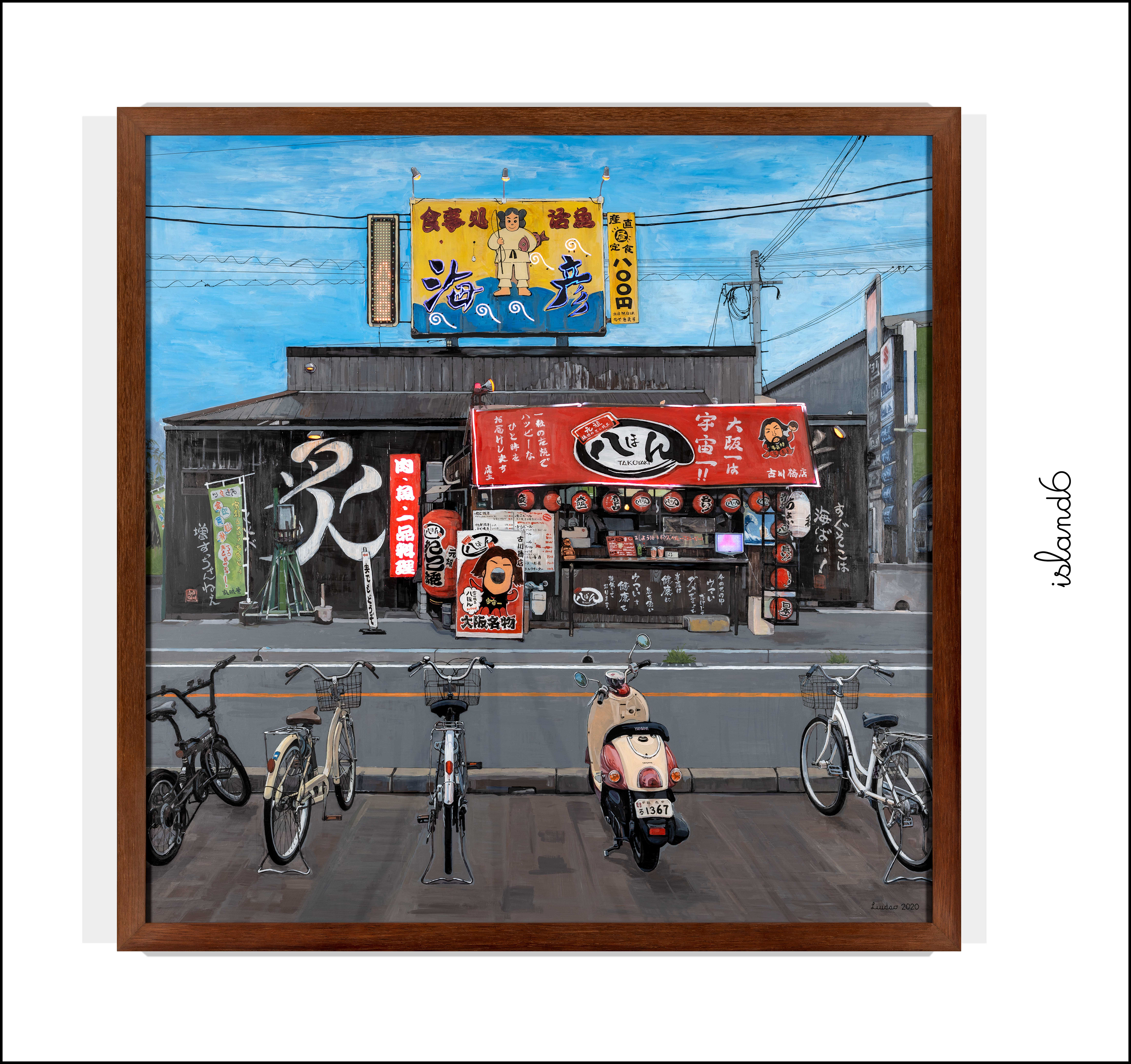 The Echo Of My Echo

The Girl From The Gallery...

With The Fire Comes...

Butterfly Babe
↑Back to Top