"The Layered Structure Of The Universe" (在单笔墨水内宇宙的分层结构)

// BLURB //
Living behind thousands of canvases, there are words of undefined languages. Color fields, shapes, backgrounds, foregrounds, practice and practice again – building and demolition, deconstruction of shapes and colors. For the sake of comprehension, we think we might as well give a picture a story. For example, “this is a representation of…”. As art critic Artur Danto says, let’s imagine two identical pieces of work, both being white canvases divided by a single line. One is titled Newton’s First Law and is about a mass pressing downward, while the other one is called Newton’s Third Law showing an isolated particle dashing through space. What he is trying to say is an artwork is completed by interpretation and context around it. Stories, however, are not always the stories of what’s on the canvas, but how the artist reached that point. What’s more relevant to ask: the meaning behind the shape of dark matter or how it was formed? It’s about how Piet Mondrian’s colorful frameworks grew out of the study of trees, how Agnes Martin reduced the landscapes to grid-like structures, and how Mark Rothko reached the deepest emotions with the simplest colors.
STATUS
Available. Please CONTACT US for inquiries.
EDITION, MEDIA, SIZE & WEIGHT
Unique Edition, Shanghai 2019
Chinese ink and acrylic painting on canvas, teakwood frame
176(W)×141(H)×6.2(D) cm // 14.2 kg (framed)
CRATE SIZE & WEIGHT
186(W)×152(H)×18(D) cm // 25 kg
EXPOSURE
• “Perimeters, Edges, and Walls” at island6 Shanghai Main Space
CREDITS
Owen 欧文 (painting) • Thomas Charvériat (art direction) • Yeung Sin Ching 杨倩菁 (production supervisor) • András Gál (blurb)
CLOSE-UPS 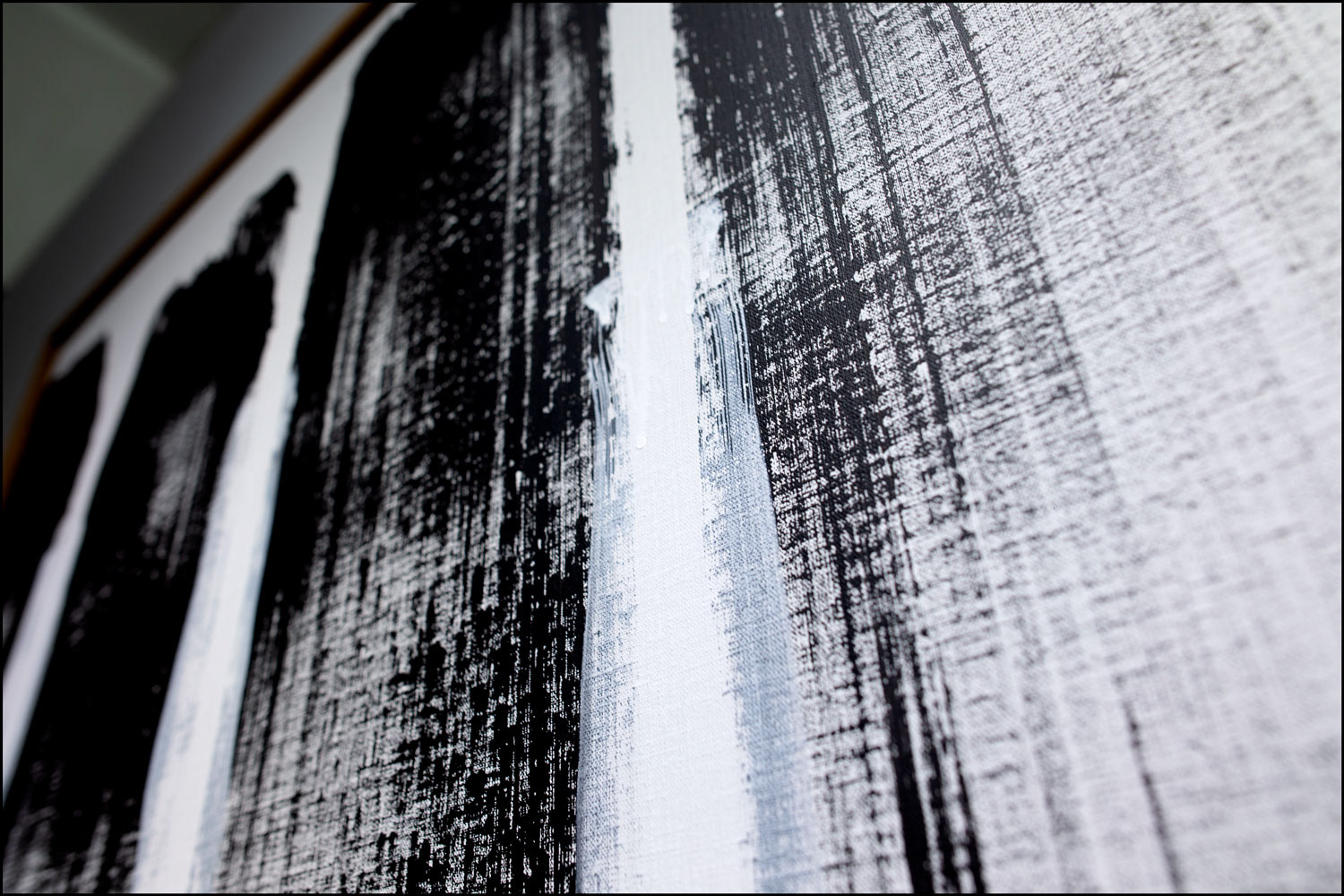 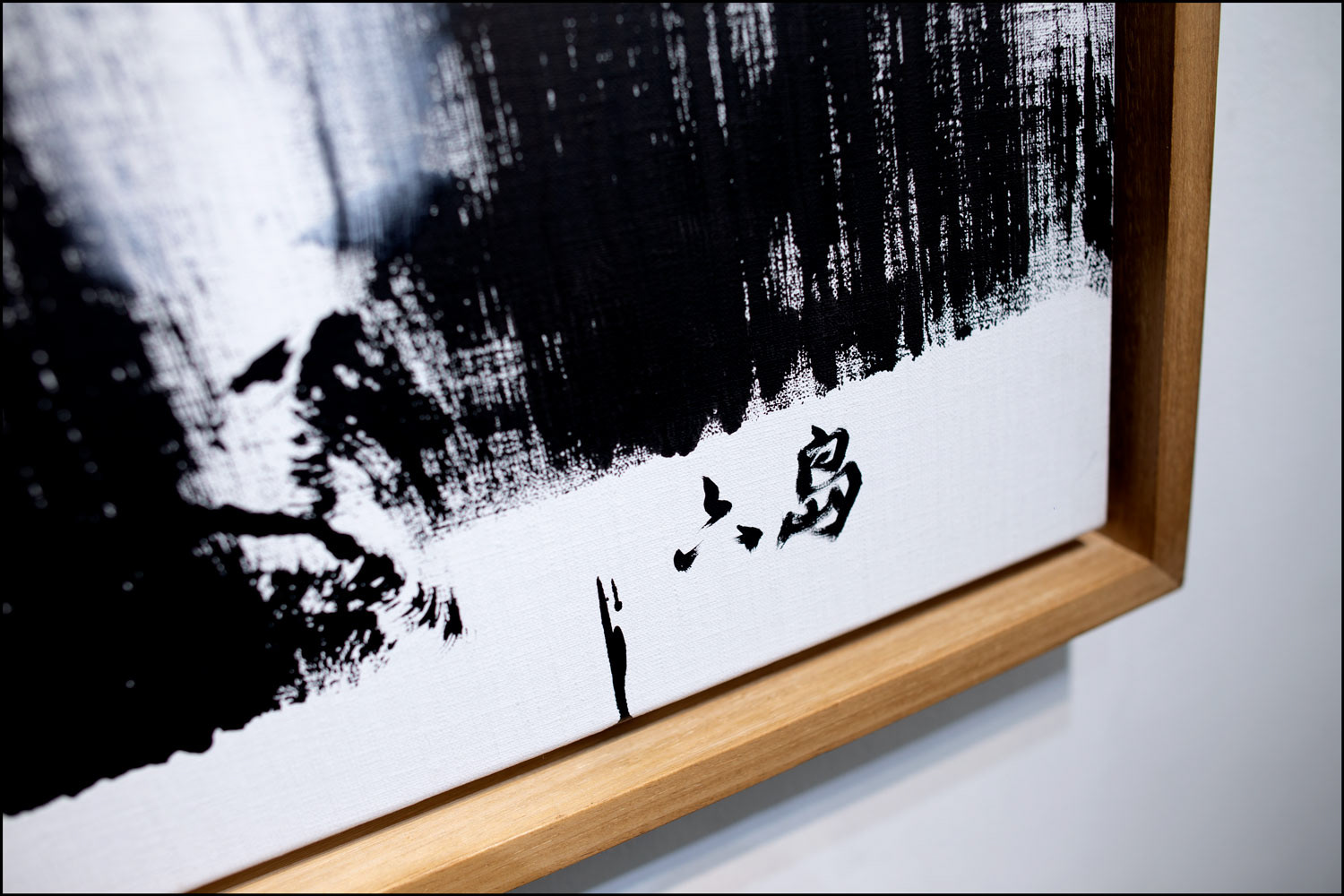 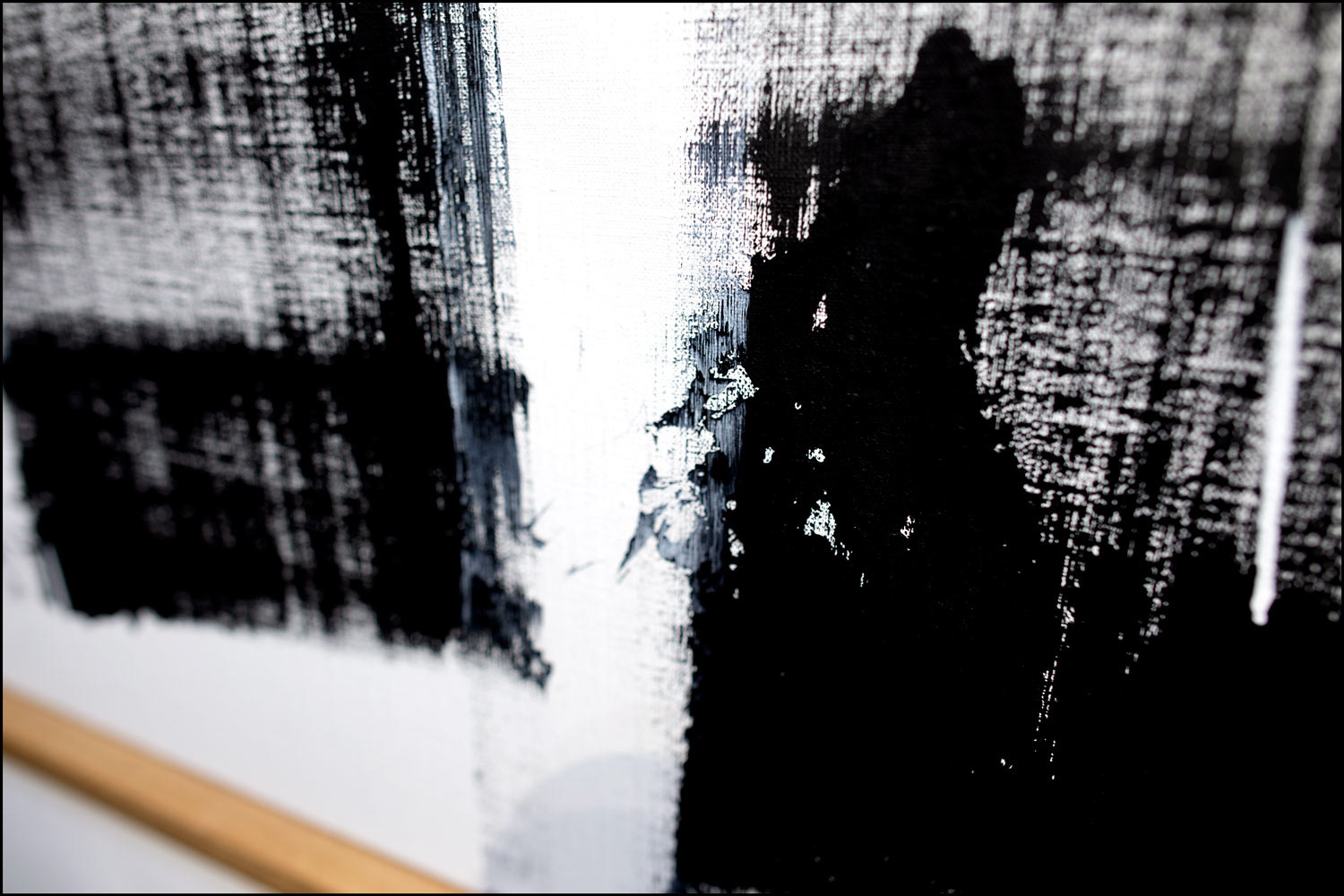 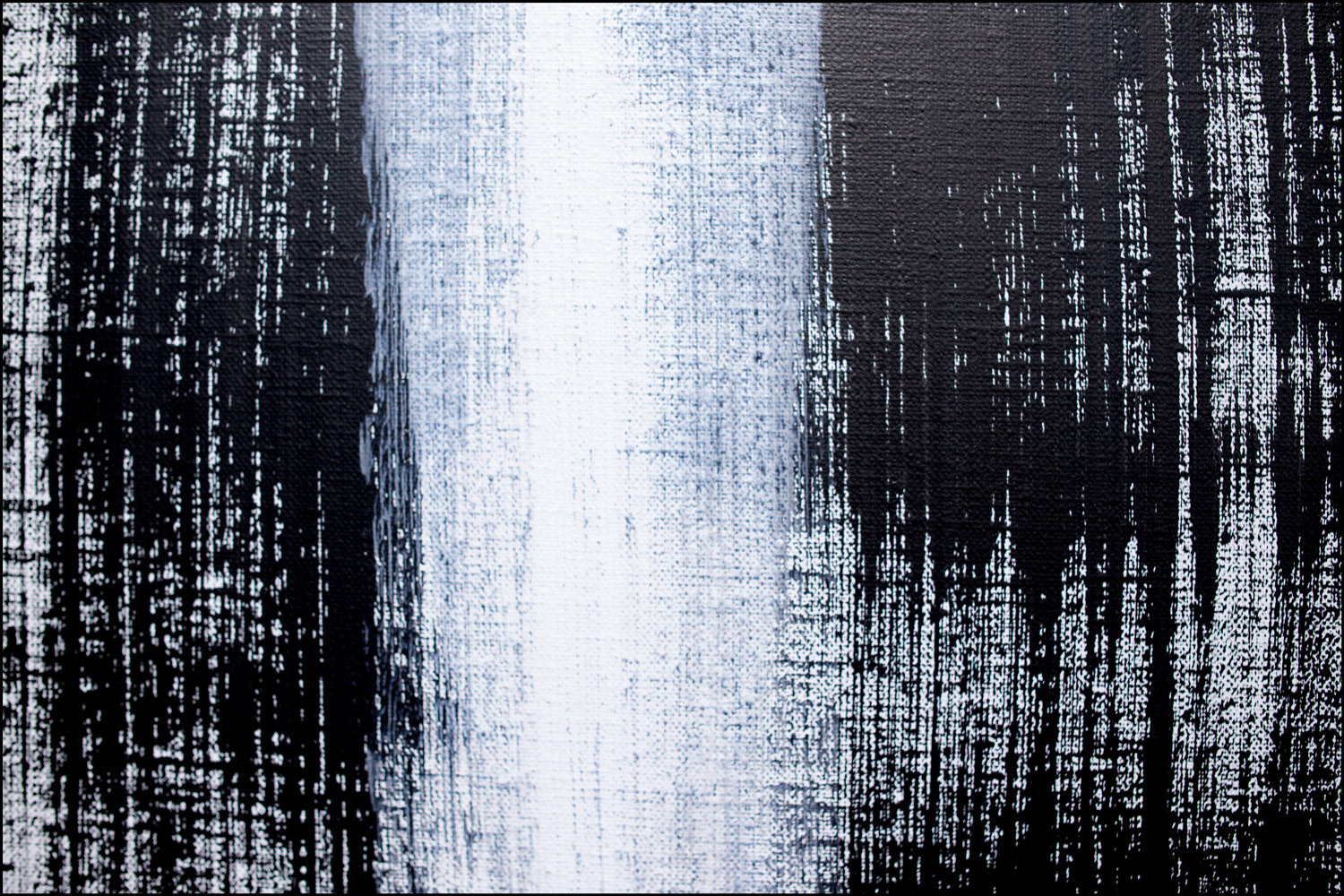 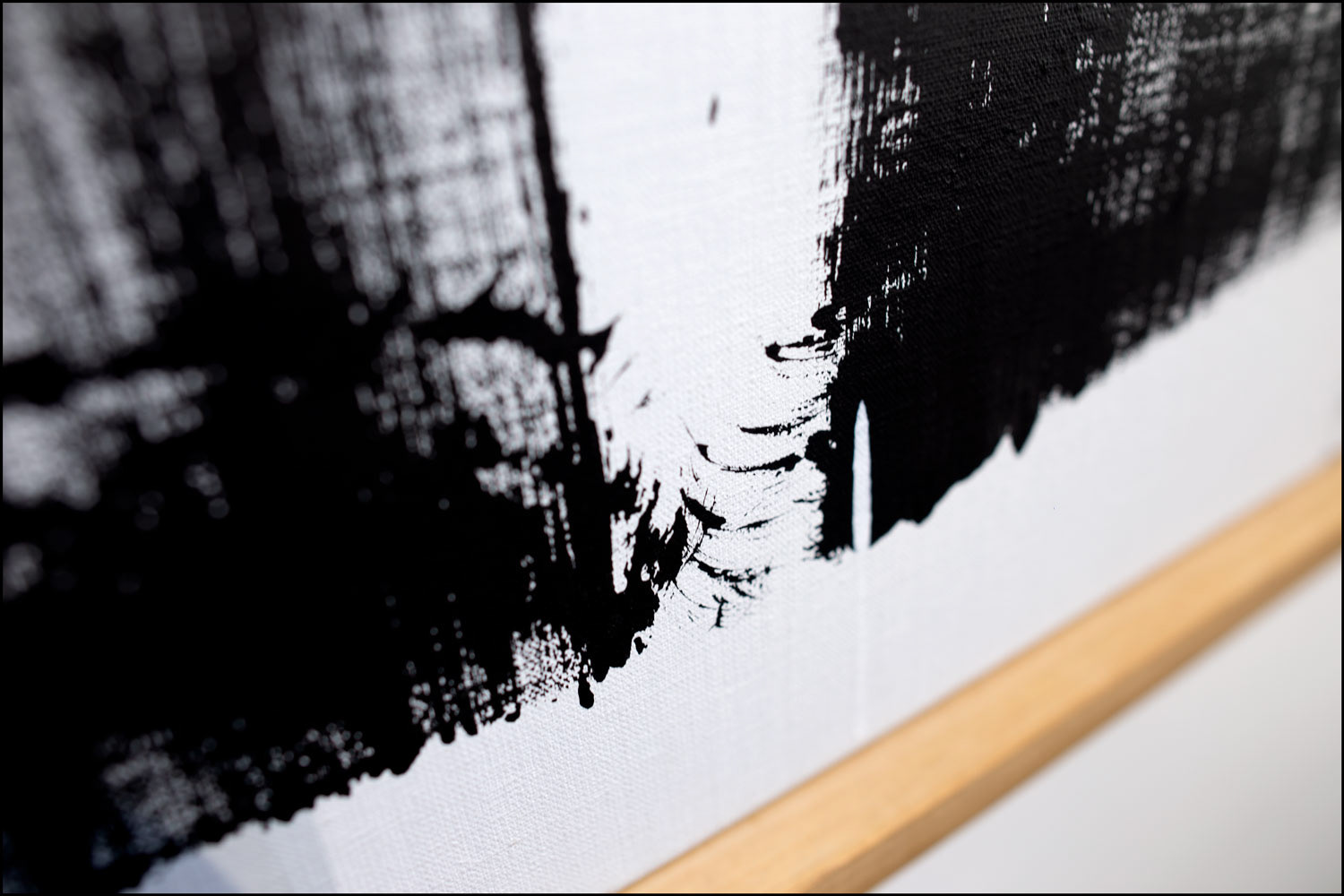 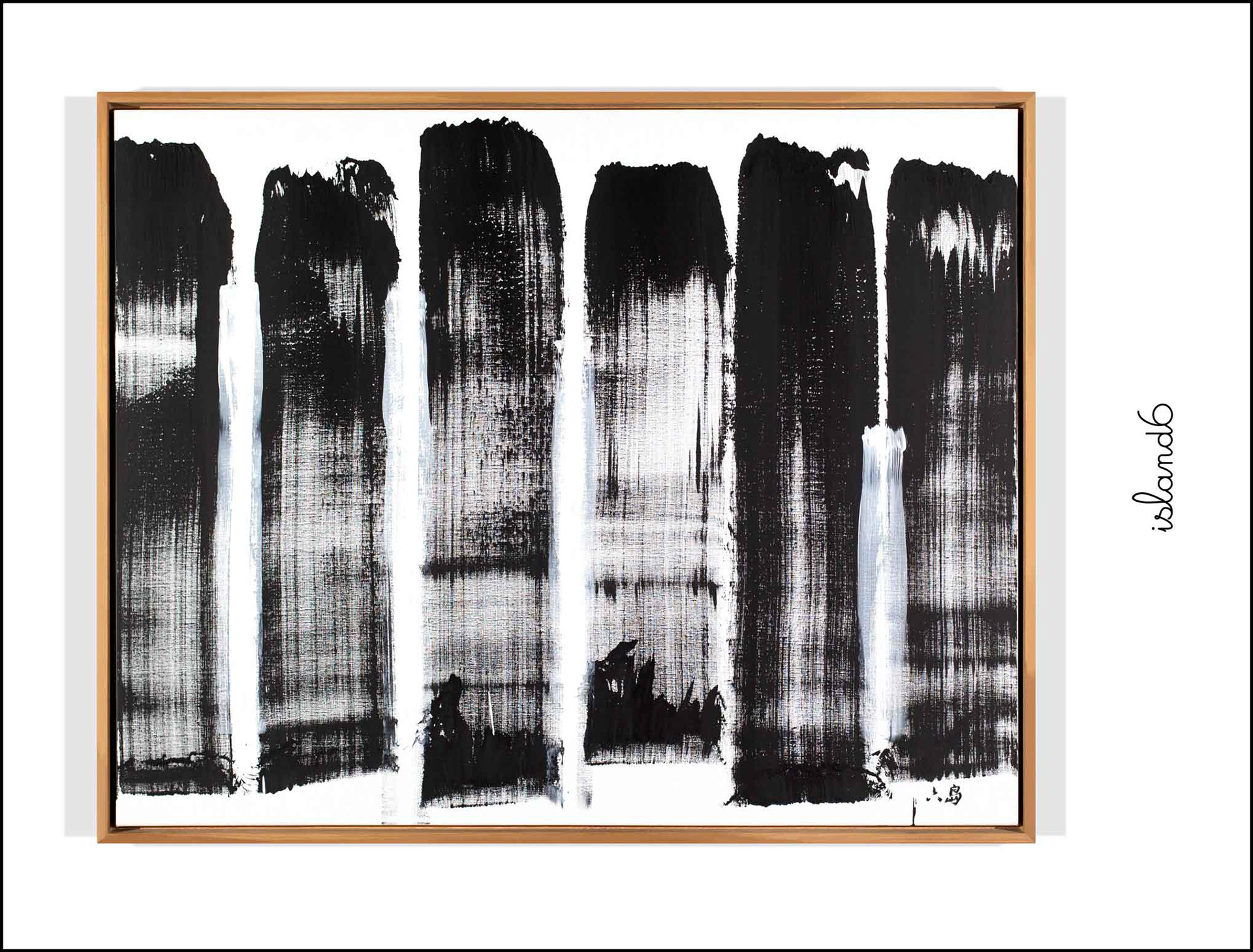 The Consequence Of Zero

Chinese Trills
↑Back to Top