// BLURB //
If a tree falls in a forest and no one is around to hear it, blah blah blah. We’ve all heard it before! As recorded on the first page of Subtle Is the Lord, “Do you really believe that the moon only exists if you look at it?". Seems like an obvious question, I’ll admit. And yet don’t act surprised when I tell you existence in the absence of an observer is a conclusion that can neither be proven nor disproven as per quantum physics. Geroge Berkeley developed a metaphysical theory known as “subjective idealism”, which in sum argues that to be is to be perceived. In turn denying the existence of material mass, and objects like megaphones are just ideas perceived by our minds that wouldn’t exit otherwise (which would explain why no one can hear me right now). On the other side of the equation British science philosopher Roy Bhaskar developed the theory of “critical realism”, arguing if humans suddenly ceased to exist, sound would continue to travel albeit there would be no one to hear it. So the question remains, if a phone rings and no one is there to answer, does it make a sound?
STATUS
Available. Please CONTACT US for inquiries.
EDITION, MEDIA, SIZE & WEIGHT
Unique Edition, Shanghai 2021
RGB LED display, acrylic painting on Plexiglass, teak wood frame
65(W)×46(H)×5.5(D) cm // 9.6 kg
TECH SPECS
• 1×SLC SD Card
• 4×MWLPV20-5 (INPUT 100~240VAC@0.55A / OUTPUT 5V@3A)
• (3+1 spare)×RGB P4-1921-64X32-8S-M3 / SWP4210114MGJF-0490/196
CRATE SIZE & WEIGHT
81(W)×61(H)×22(D) cm // 21 kg
EXPOSURE
“Full Throttle Ahead” at island6 Shanghai
CREDITS
Wang Chuanwen 王传文 (painting) • Yeung Sin Ching 杨倩菁 (production supervisor) • Thomas Charvériat (art direction & animation) • Tiara Alvarado-Leon (performance & blurb)​​​​​​​
CLOSE-UPS 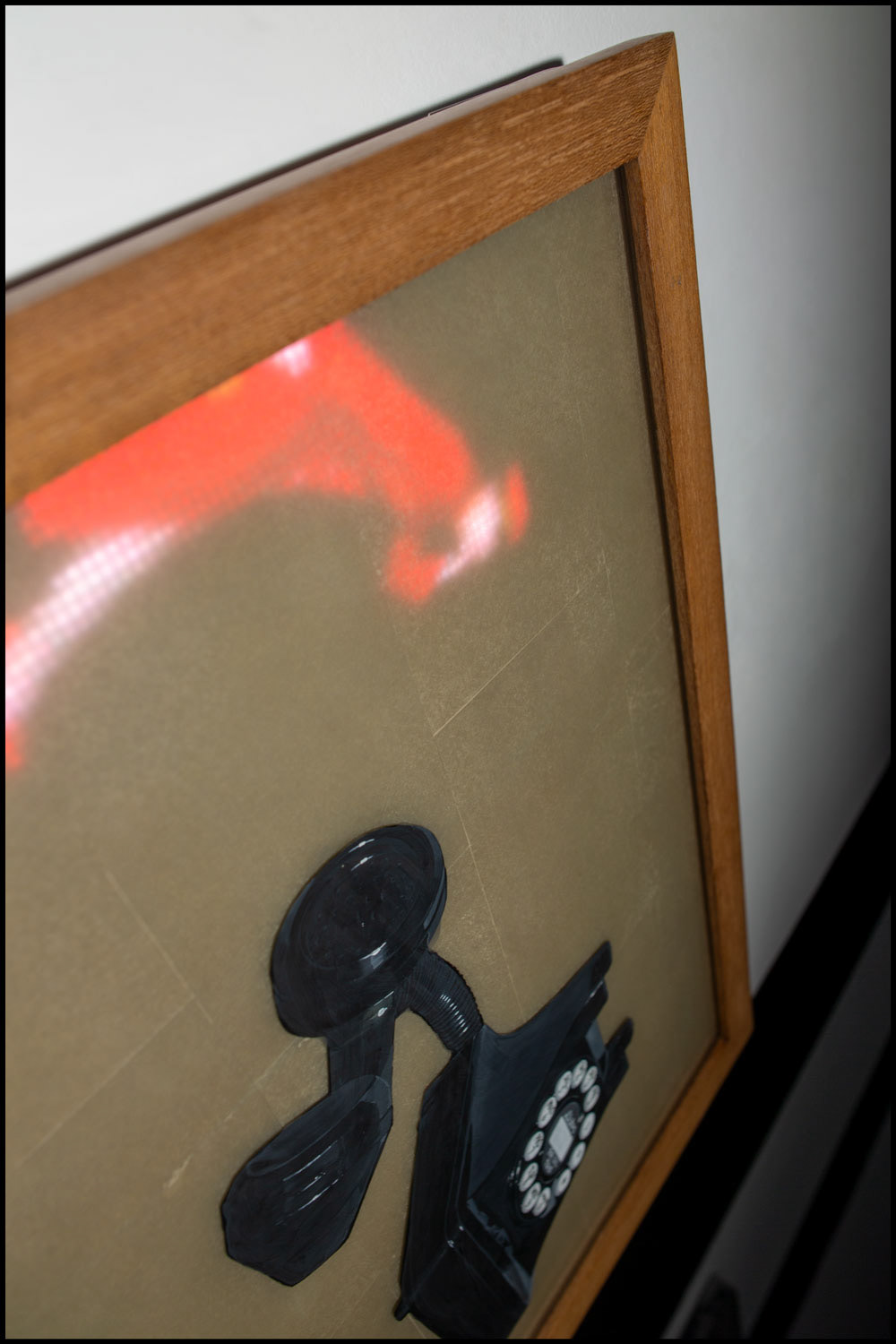 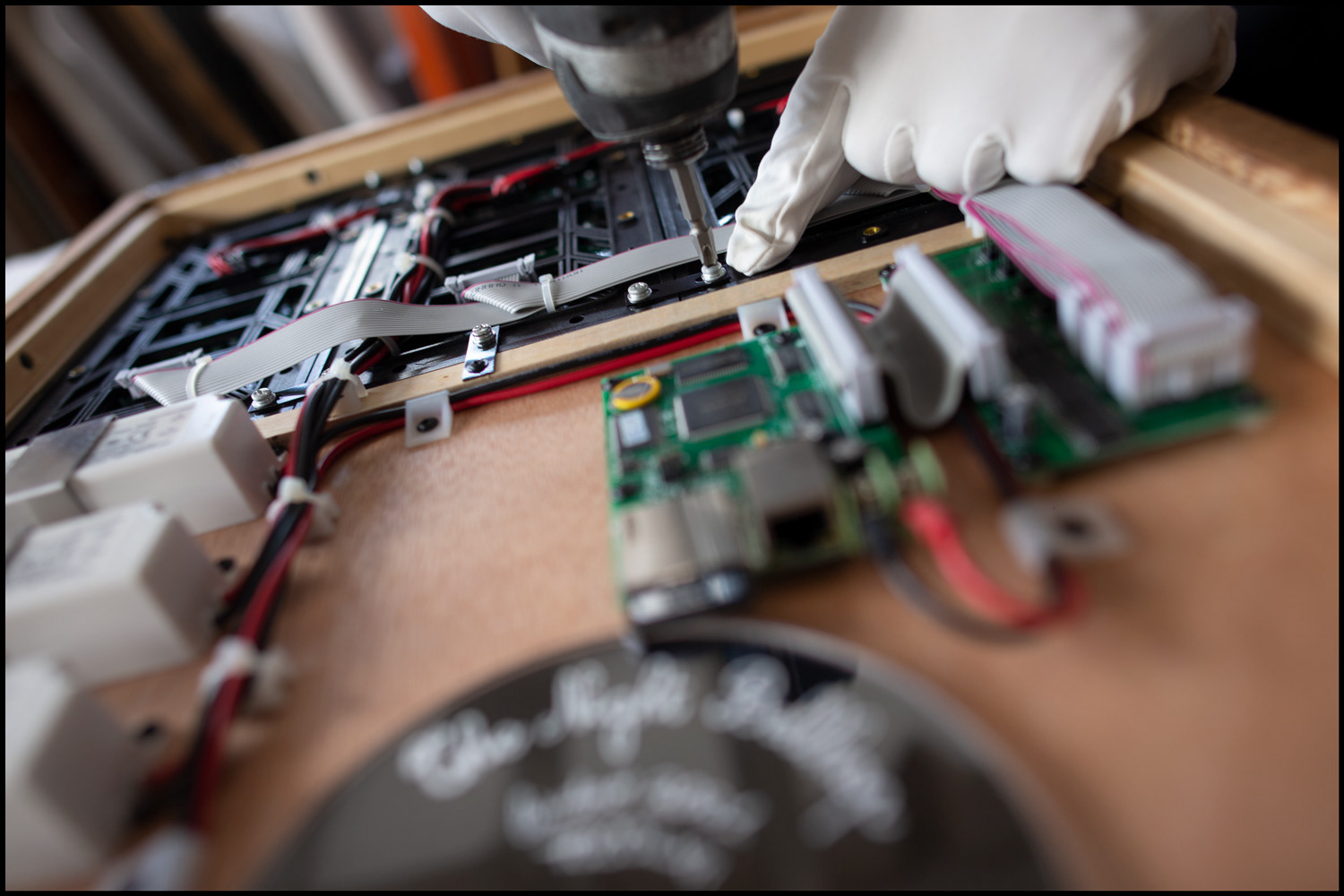 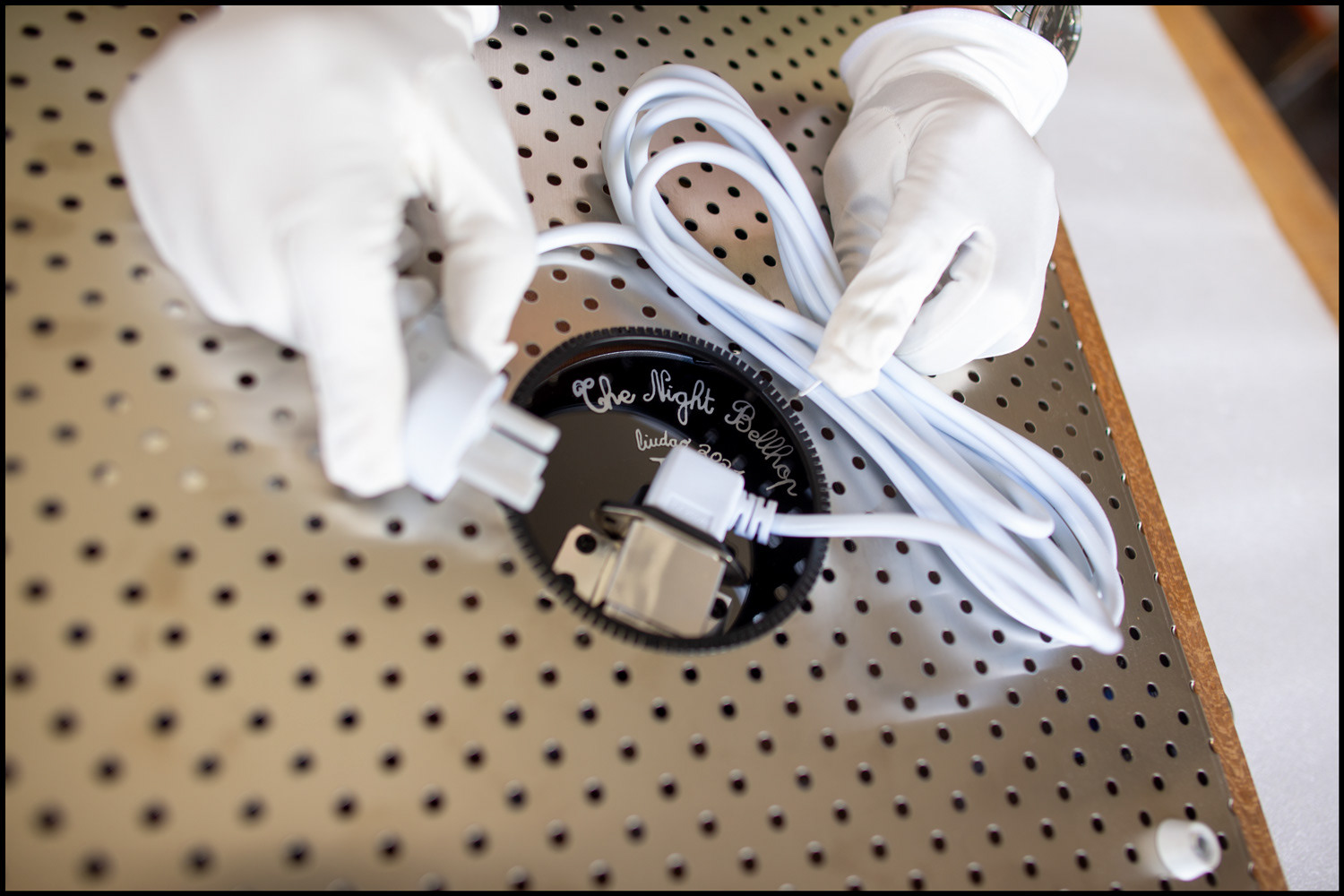 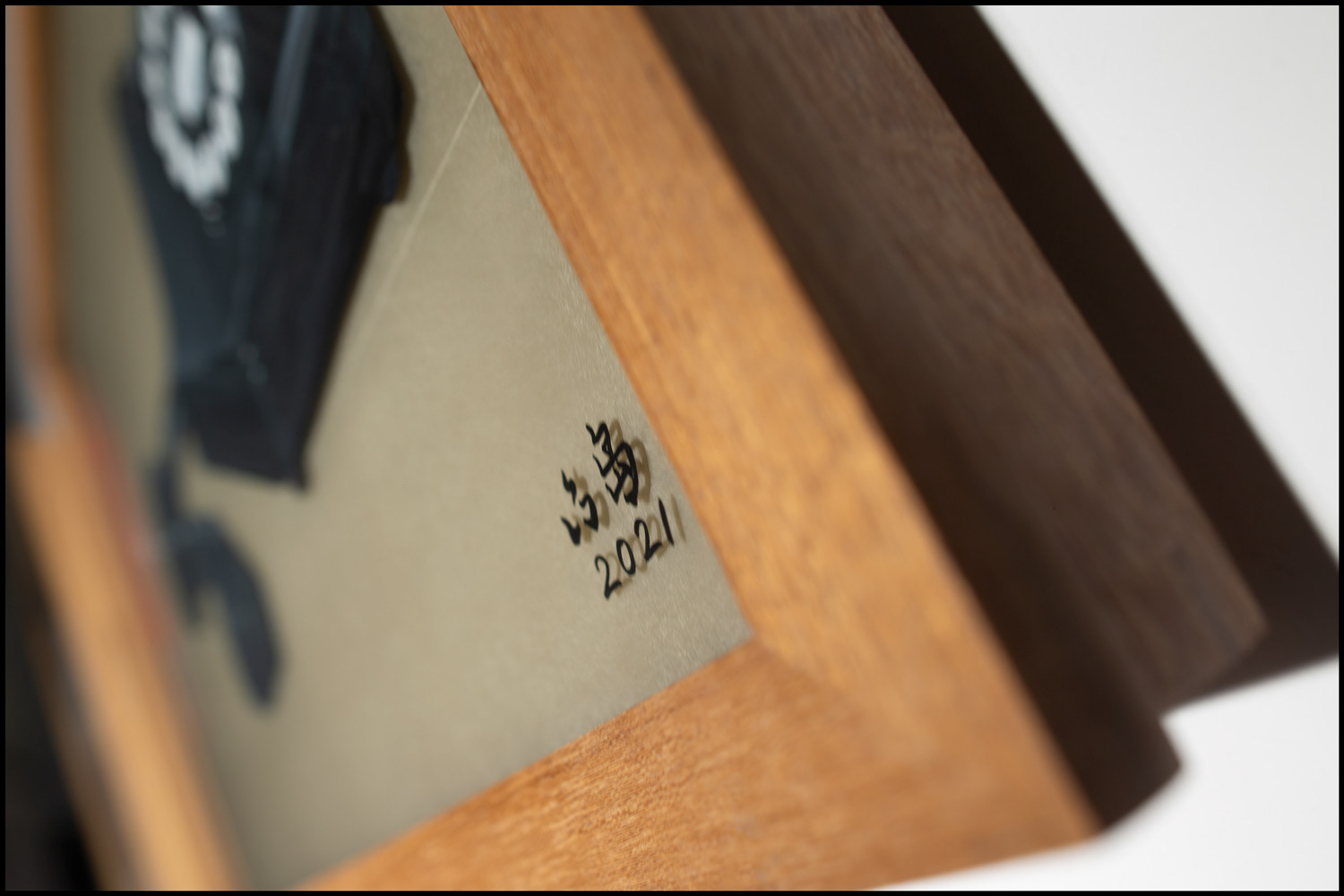 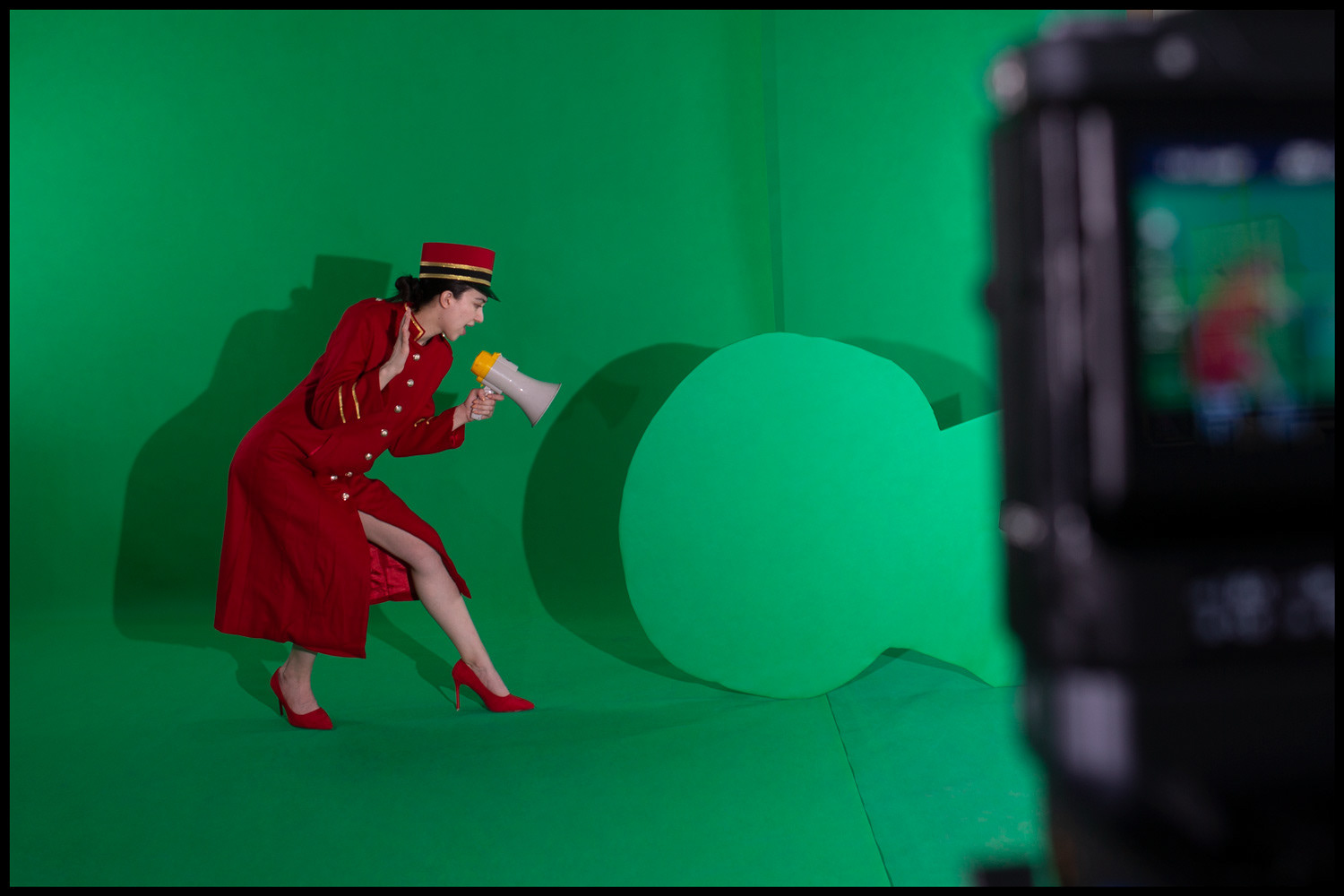 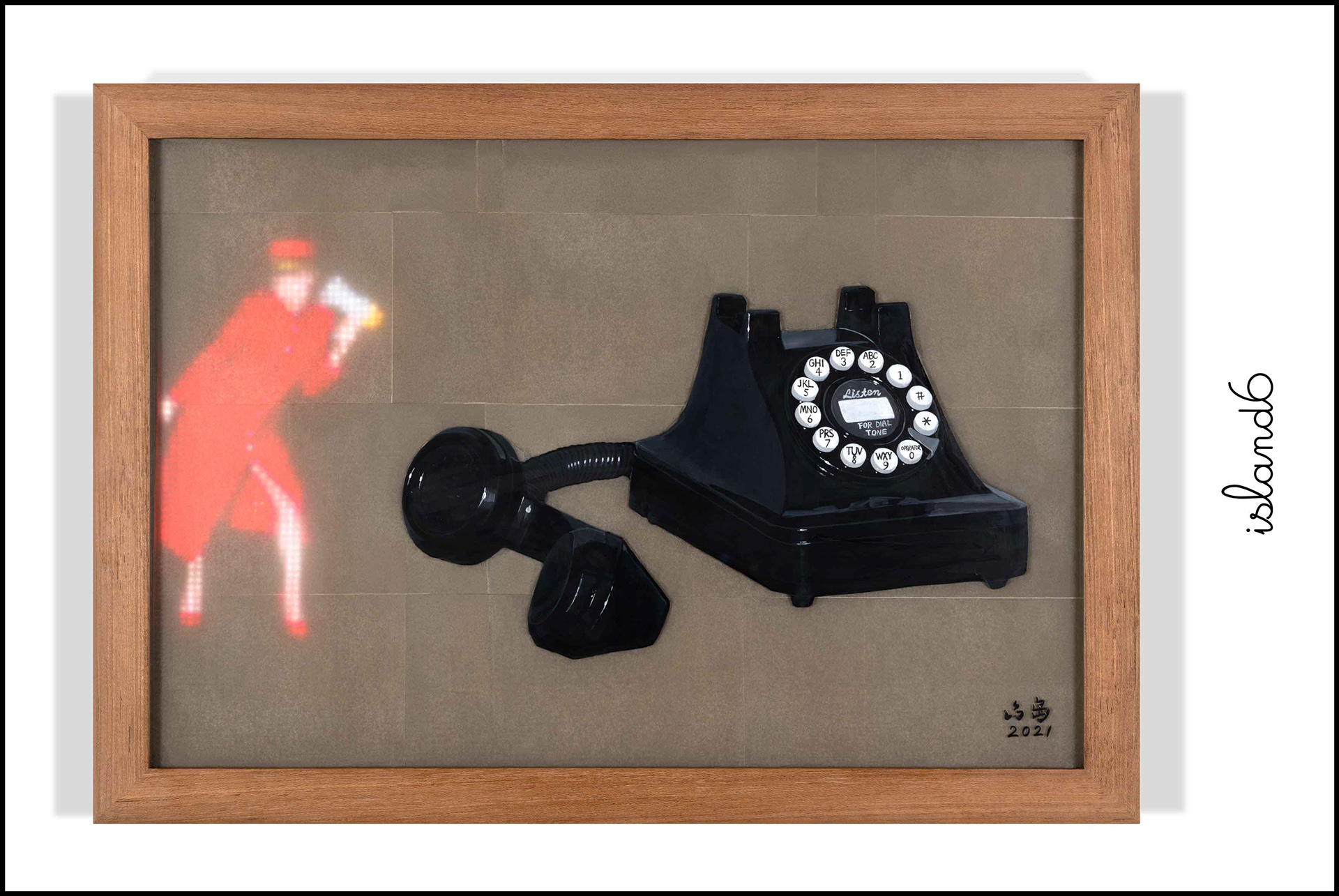 From Russia With Love
↑Back to Top