// BLURB //
Within wabi-sabi, imperfection itself becomes an aesthetic model, a goal to be achieved. Calligraphers and painters live in a world where brush strokes are practiced until they are perfectly imperfect, until paint spatters bounce in irreducible and unknown ways. Ryotaro Matsumura described wabi-sabi as “not a full moon, but a moon covered behind clouds; not new, symmetric objects, but old, asymmetric objects”. The same sort of beauty found in a broken teapot repaired with kintsugi can be found in a face, can be found in a mountain’s valley. Something about imperfection is just so...human. Accidents can be joyous occasions, can send you down a path that never would have been possible if things had worked out perfectly. Leonard Koen writes that wabi-sabi is not just about the imperfect, but also about the impermanent and incomplete. Zen Buddhism says something similar, pointing toward a circular conception of time, and the continuous flux of all objects and people. If perfection is anything to the Buddhists, it’s a moment.
STATUS
Available. Please CONTACT US for inquiries.
EDITION, MEDIA, SIZE & WEIGHT
Unique Edition, Shanghai 2019
Chinese ink and acrylic painting on canvas, teakwood frame
106(W)×96(H)×6.5(D) cm // 8 kg (framed)
CRATE SIZE & WEIGHT
117(W)×107(H)×21.5(D) cm // 25 kg
EXPOSURE
• “Perimeters, Edges, and Walls” at island6 Shanghai Main Space
CREDITS
Owen 欧文 (painting) • Thomas Charvériat (art direction) • Yeung Sin Ching 杨倩菁 (production supervisor) • András Gál (blurb)
CLOSE-UPS 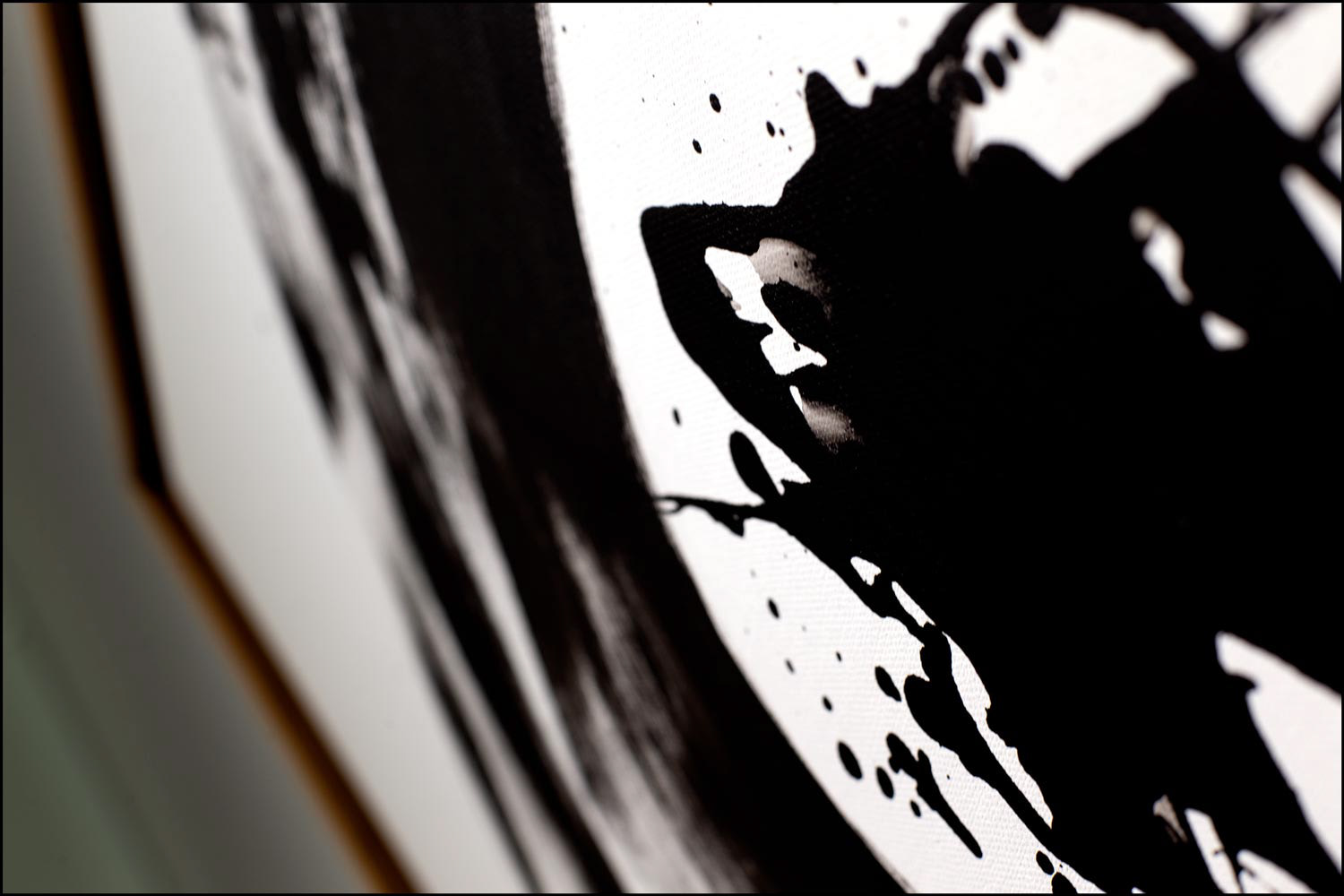 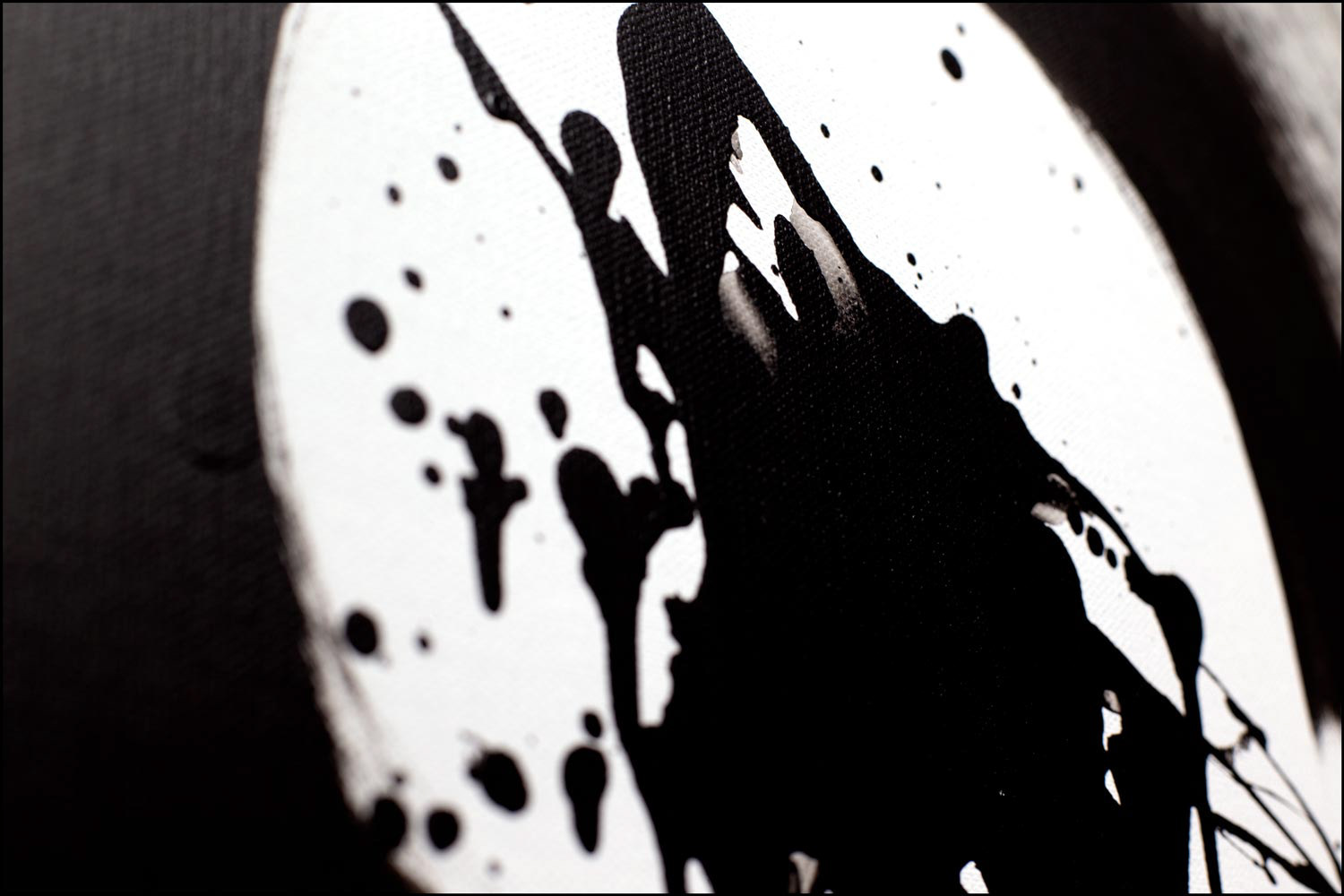 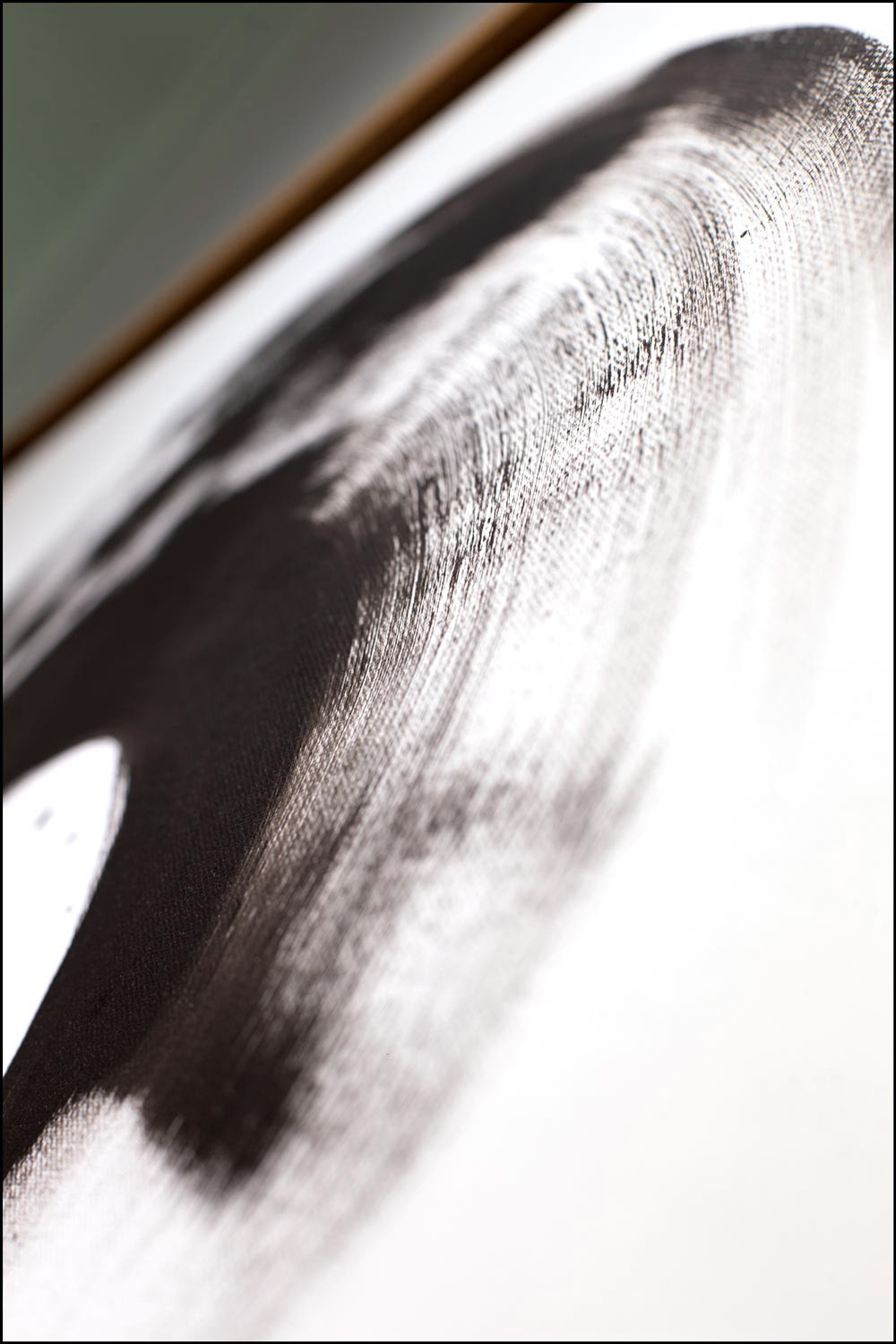 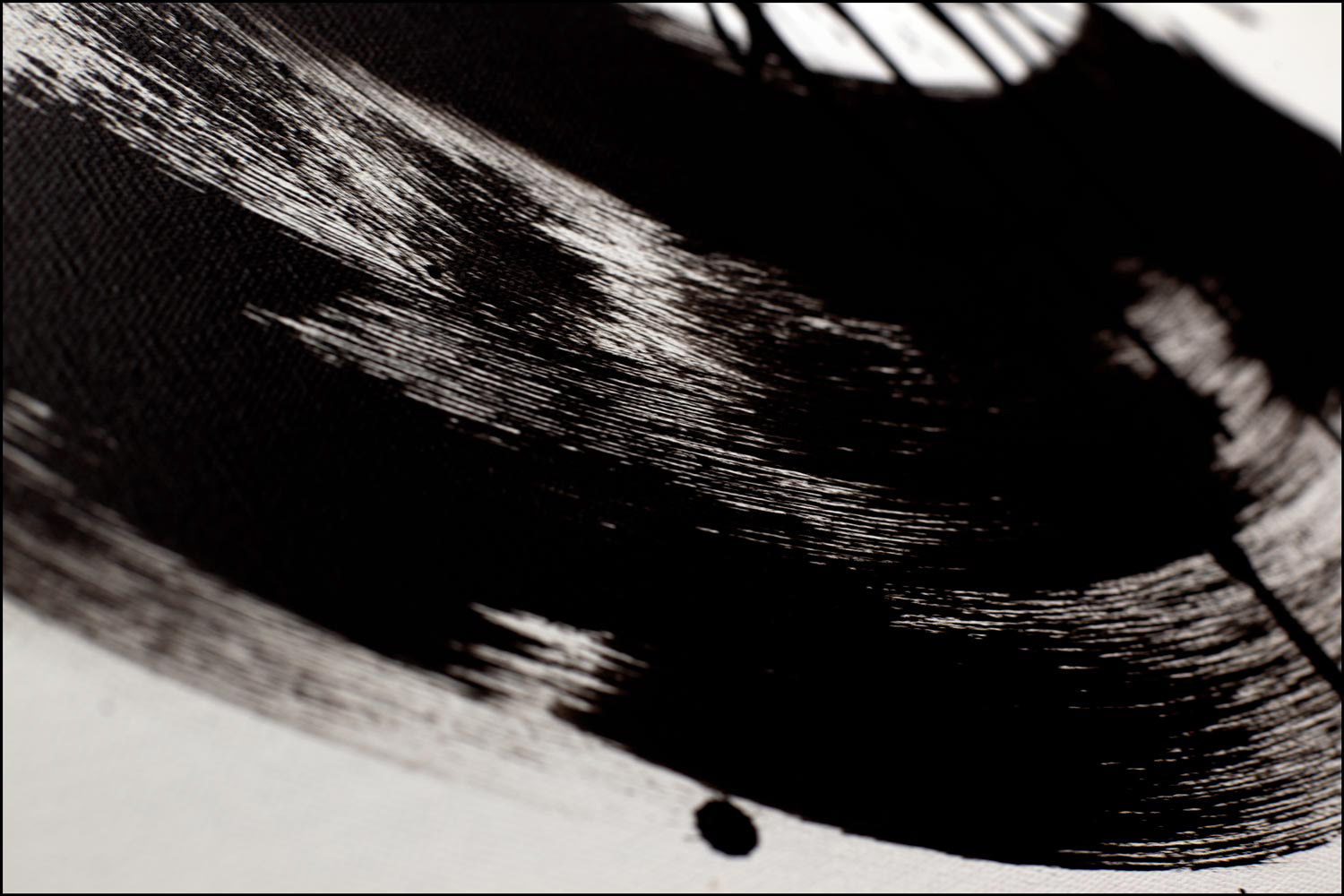 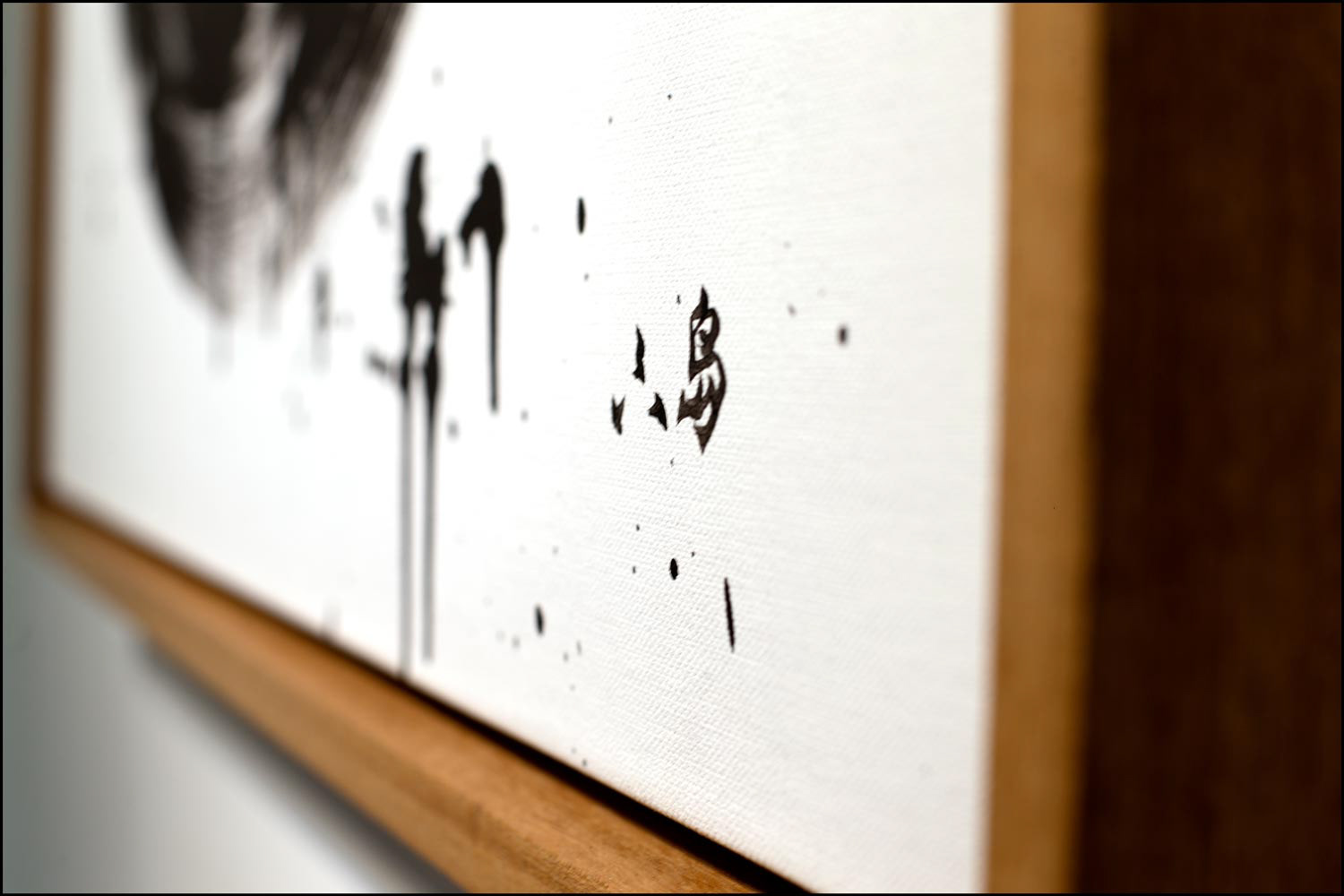 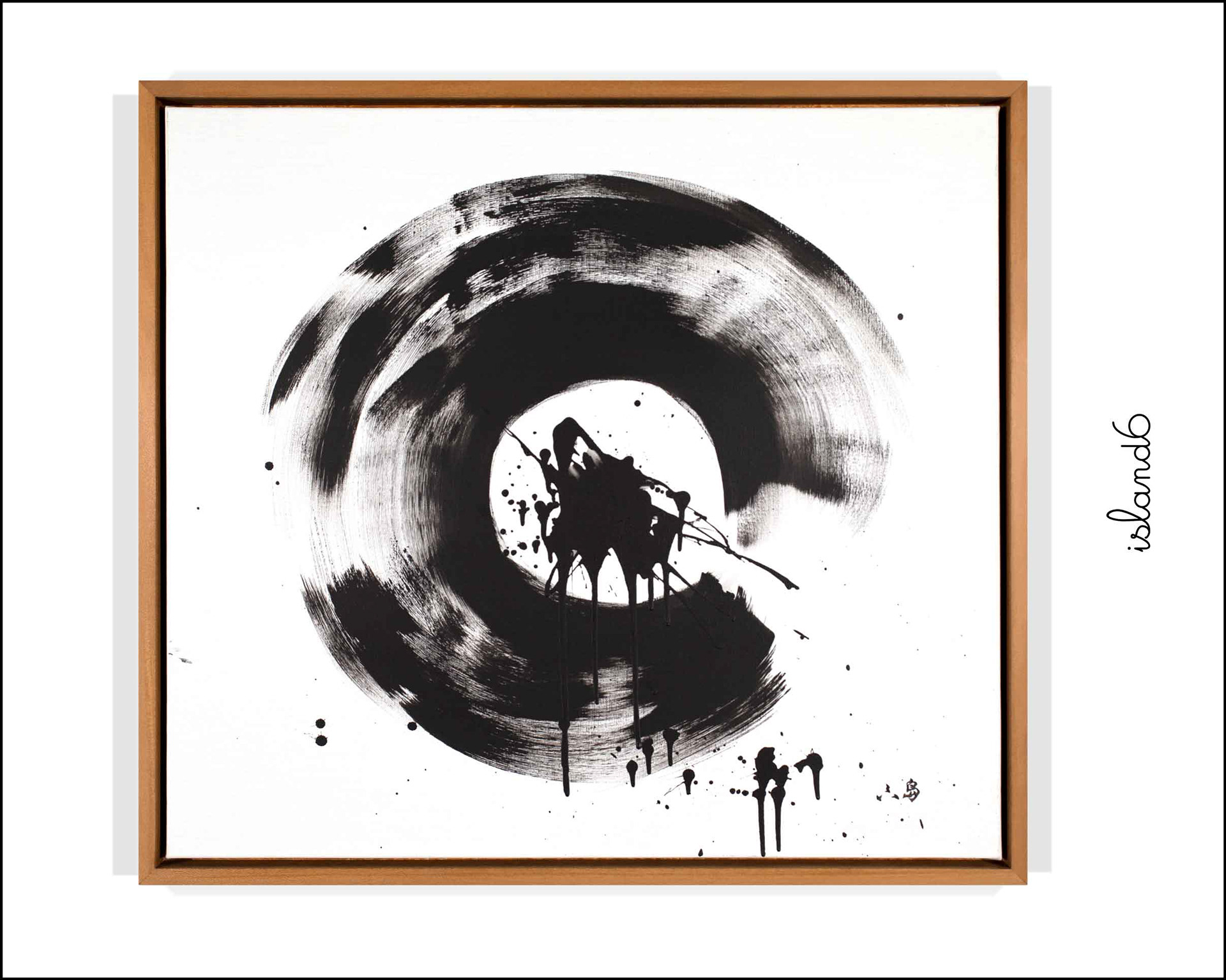 Baobei, Pig in the City

Idol For The Times