[DOWNLOAD HIGH-RES PHOTO ↓]
// BLURB //
Dr. Masaru Emoto, Japan’s most popular pseudo-scientist claims he can change the crystalline structure of water simply by talking to it. He would curse and yell at the “bad” water, turning it into non-symmetrical ice, while praising the “good” water would help it beautifully crystallize. Boy, if life were only like this… Though it sounds poetic, he would be one step closer to the truth if he simply watered his plants and talked to them. According to the Royal Horticultural Society’s researchers, plants grow faster to human voice, especially to gentle female voice. Rebuffing internet beliefs, plants do not like AC/DC and Black Sabbath. Now, I don’t mean that this puts an end to the century-long nature vs. nurture debate, but I do mean that environment counts. Theorists of genetic nurture argue that even learnt behavioral traits of offspring are influenced by the parents’ nature. This means that even the genes that are not directly inherited by the children can affect the children’s genetic heritage, as what we learn can modify our DNA. Hence, while you might not be born stupid, if you talk to water often enough, you just might get there. Beware.
STATUS
Available. Please CONTACT US for inquiries.
EDITION, MEDIA, SIZE & WEIGHT
Unique Edition, Shanghai 2019
RGB LED display, Chinese papercut (Jian Zhi 剪紙) on Plexiglass, paper collage, teakwood frame
88.5(W)×88.5(H)×5.5(D) cm // 30 kg
TECH SPECS
• 1×SLC SD Card
• 1×MWLPV20-5 (INPUT 100~240VAC@0.55A / OUTPUT 5V@3A)
• 5×ELN-30-5 (INPUT 100~240VAC@0.75A / OUTPUT 5V@5A)
• 10×RGB P5-2525-8S-HL1.0 / D180580
CRATE SIZE & WEIGHT
103(W)×103(H)×20(D) cm // 59 kg
EXPOSURE
“Perimeters, Edges, and Walls” at island6 Shanghai Main Space​​​​​​​
CREDITS
Tang Dashi 汤大师 & He Dashi 贺大师 (Chinese paper cutting 剪紙) • Zoé Charvériat-Young 杨素儿 (performance) • Yeung Sin Ching 杨倩菁 (production supervisor) • Thomas Charvériat (art direction & animation) • András Gál (blurb)
CLOSE-UPS 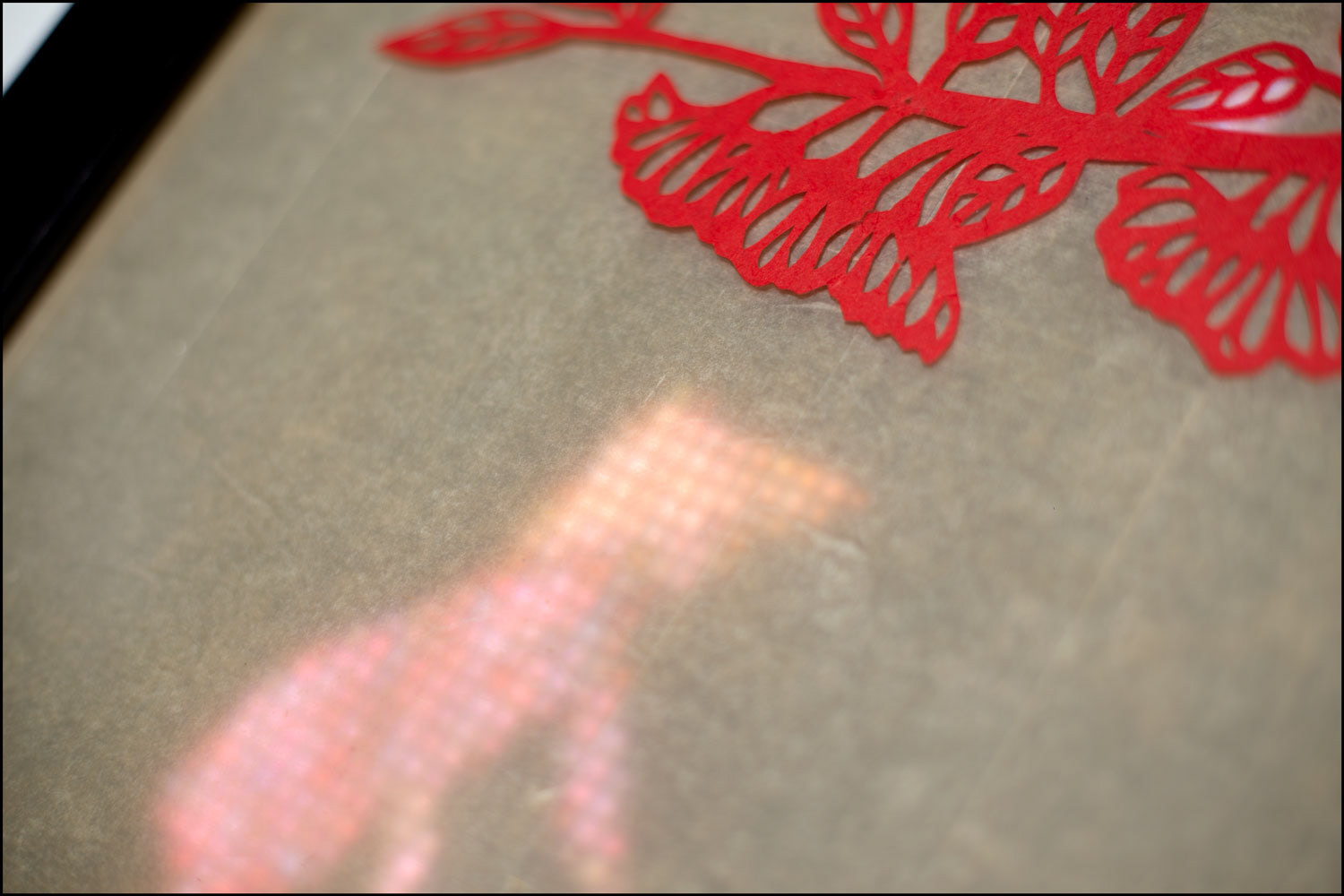 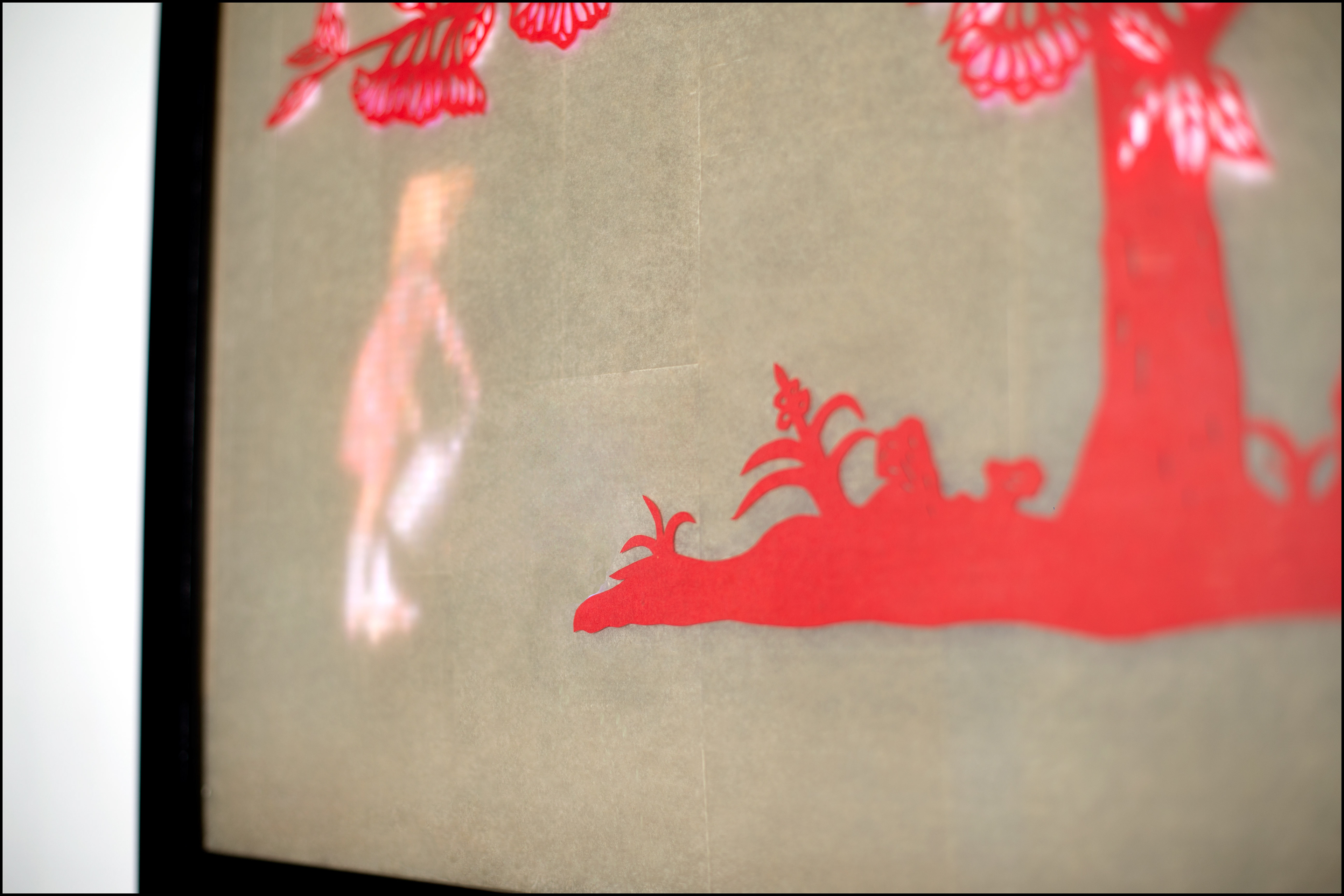 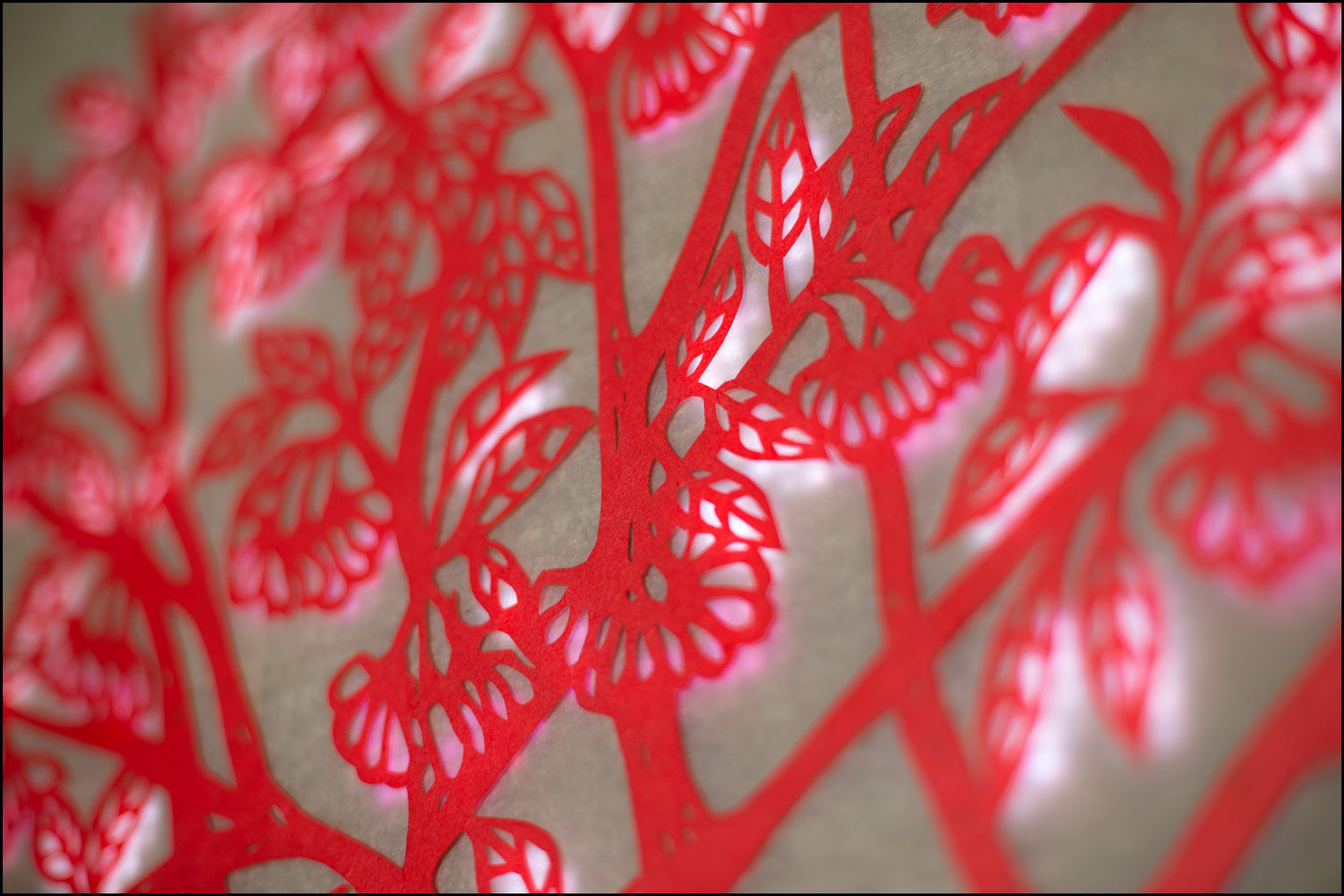 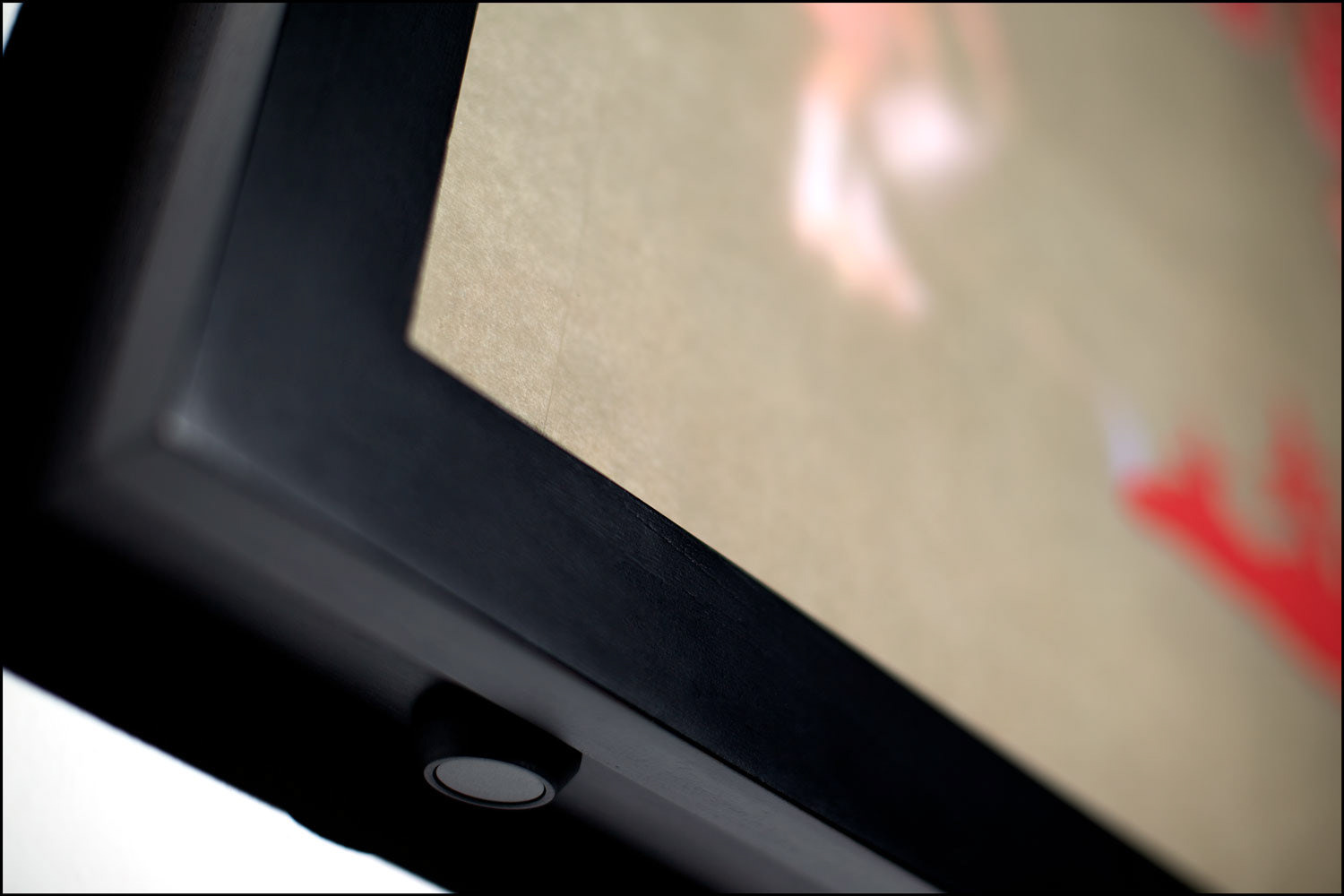 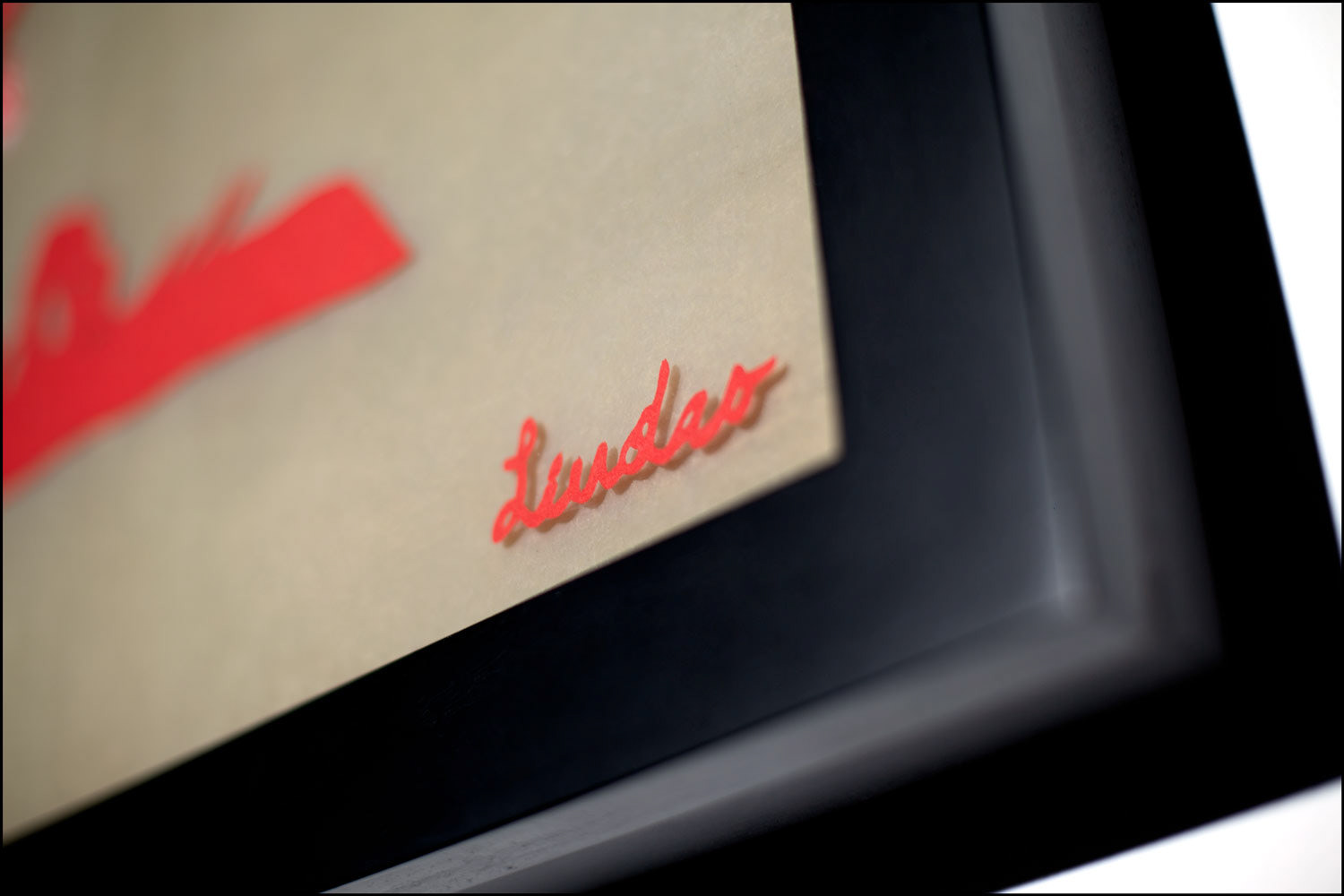 The Vain Struggle of Man

Along With The Fall

Before the First Drop

Luminous Magnum Opus
↑Back to Top