// BLURB //
Legacies and chicken legs (鸡腿!) have more in common than you think. For starters, the juicier they are, the quicker they decay. This is because of a trend called regression toward the mean, or the averaging out of traits over generations. It’s why Einstein’s children weren’t, well, Einstein, and why Hitler’s secret kids weren’t evil assholes. Regression toward the mean. You might even say it happens to institutions and empires. Emperor Kangxi of the Qing Dynasty ruled for 61 years and left behind a relatively consolidated China firmly under Manchu rule: rebellions crushed, money in the bank, and plenty of potatoes and corn in the pantry. And when he was gone, he was gone. Chinese Fenghuang might look like the Western Phoenix, but their mythologies are very different. There is no rebirth in fire for the Fenghuang. They are Gods, partners to dragons, who are harbingers of peace and harmony. And the legacy of a mythology is like the idea of a chicken leg: it’s the refined, perfected reflection of the thing. What’s better than the essence of a chicken leg, the re-remembered smell of juicy, roasted meat?
STATUS
Available. Please CONTACT US for inquiries.
EDITION, MEDIA, SIZE & WEIGHT
Unique Edition, Shanghai 2020
RGB LED display, acrylic painting on Plexiglass, Indonesian Merbau wood frame
120(W)×120(H)×5.5(D) cm // 46 kg
TECH SPECS
• 1×SLC SD Cards
• 5×MWLPV-60-5 (INPUT 100~240VAC@1.2A / OUTPUT 5V@8A)
• 1×MWLPV20-5 (INPUT 100~240VAC@0.55A / OUTPUT 5V@3A)
• (12+1 spare)×RGB P5-2525(RGB20)-64X32-8S-M1 / D190546
CRATE SIZE & WEIGHT
135(W)×135(H)×21(D) cm // 86.5 kg
EXPOSURE
“Perimeters, Edges, and Walls” at island6 Shanghai Main Space
CREDITS
Wang Tie Zhong 王铁中 (painting) • Thomas Charvériat (art direction & animation) • Yeung Sin Ching 杨倩菁 (production supervisor) • Carlin Reinig (blurb)
CLOSE-UPS 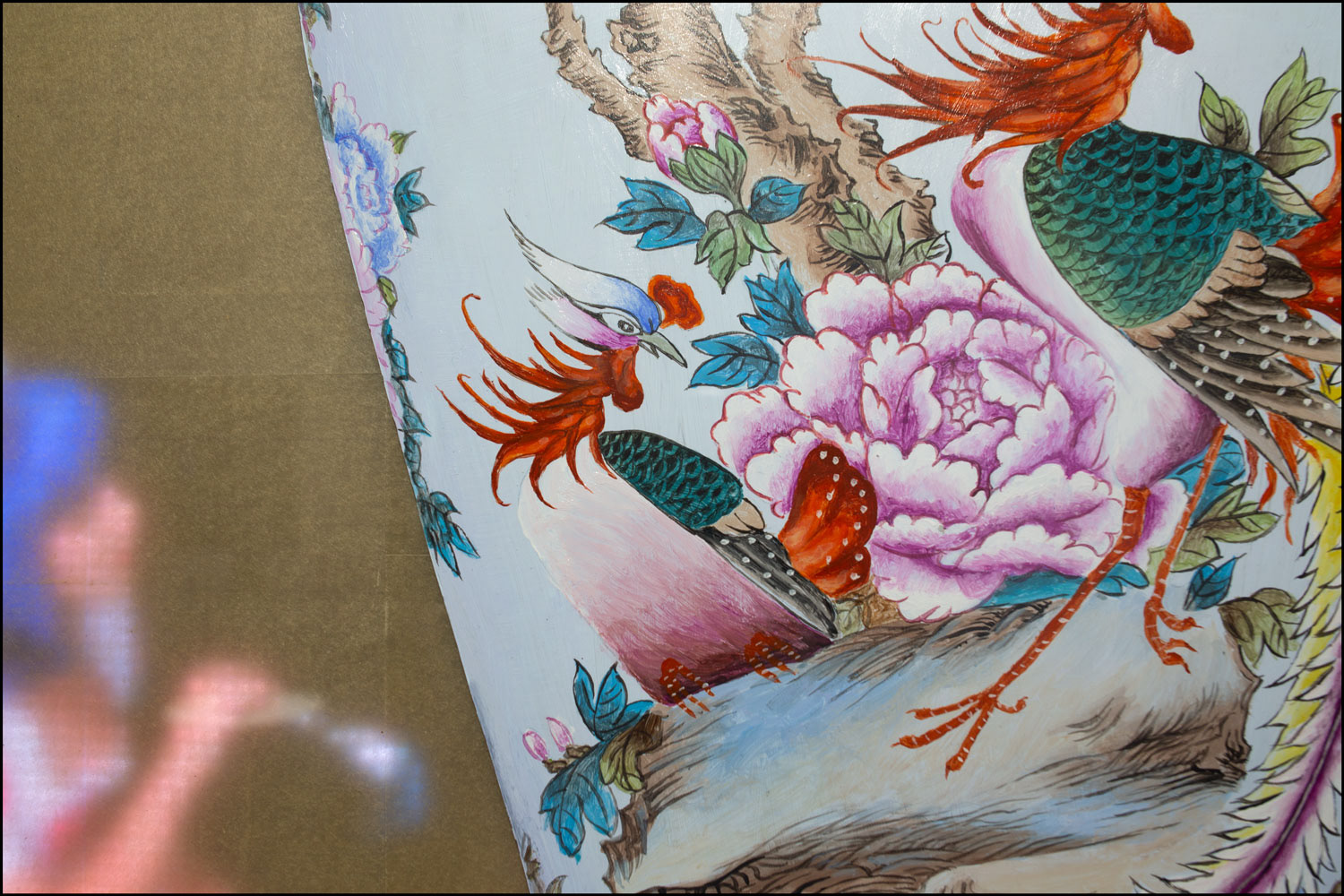 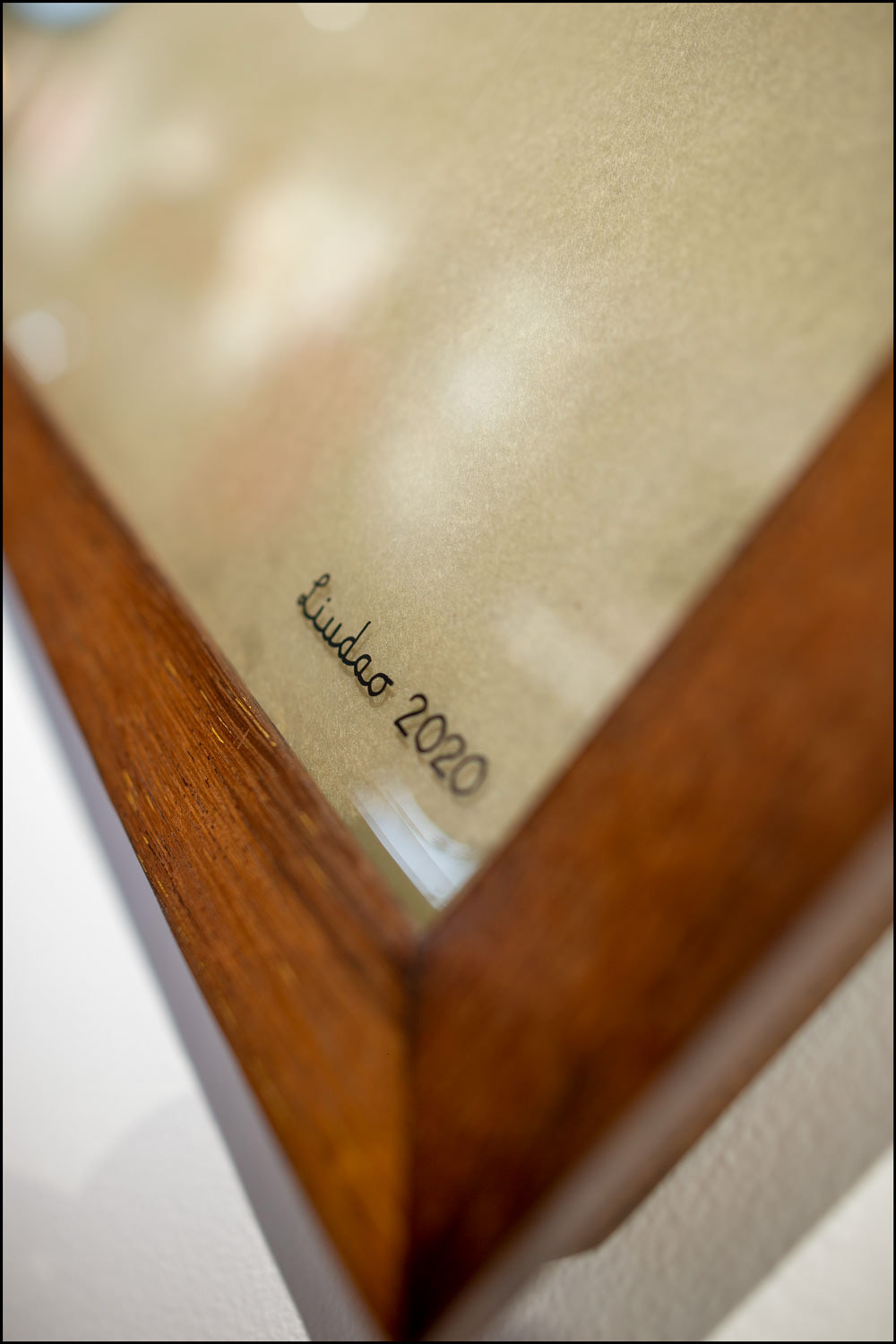 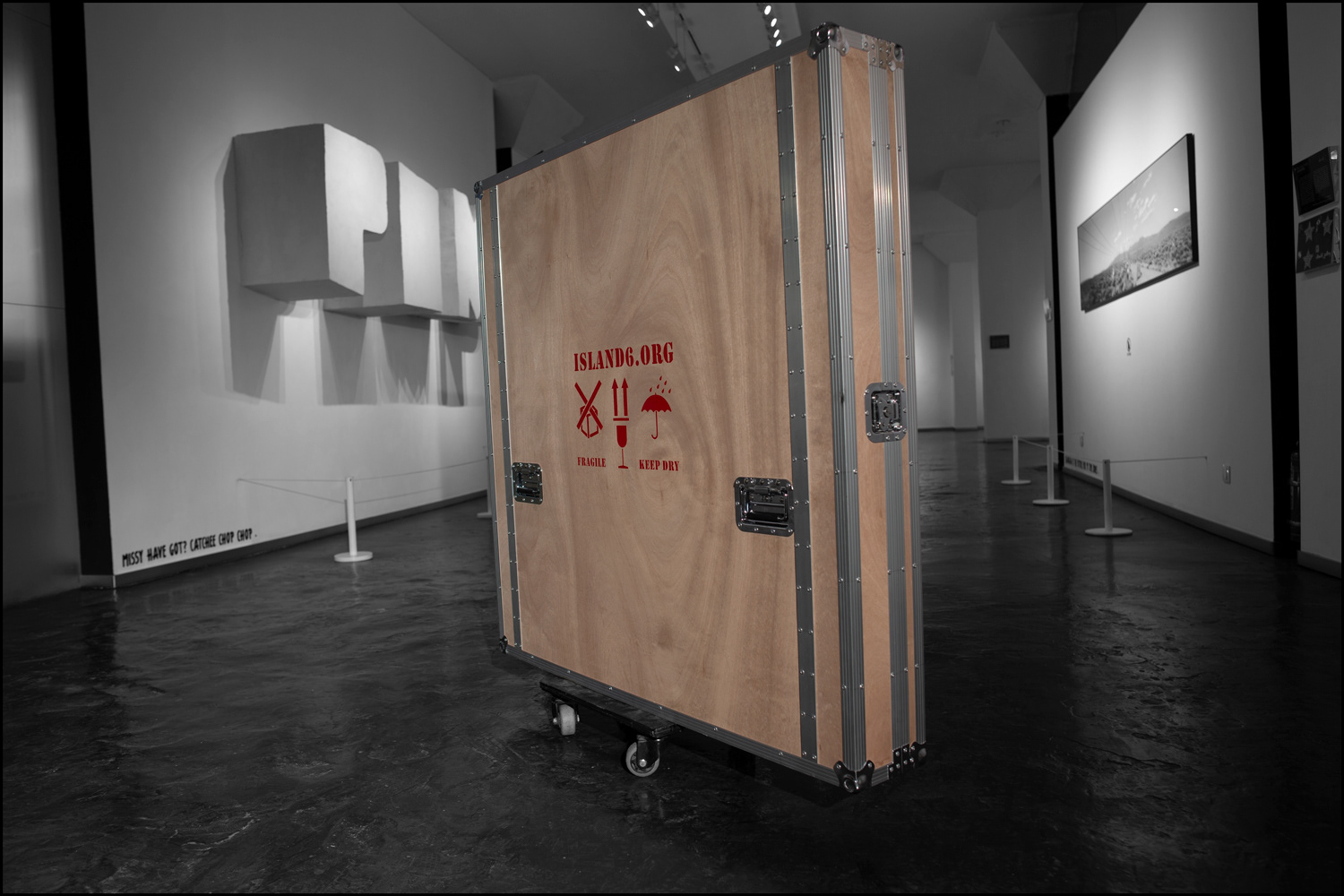 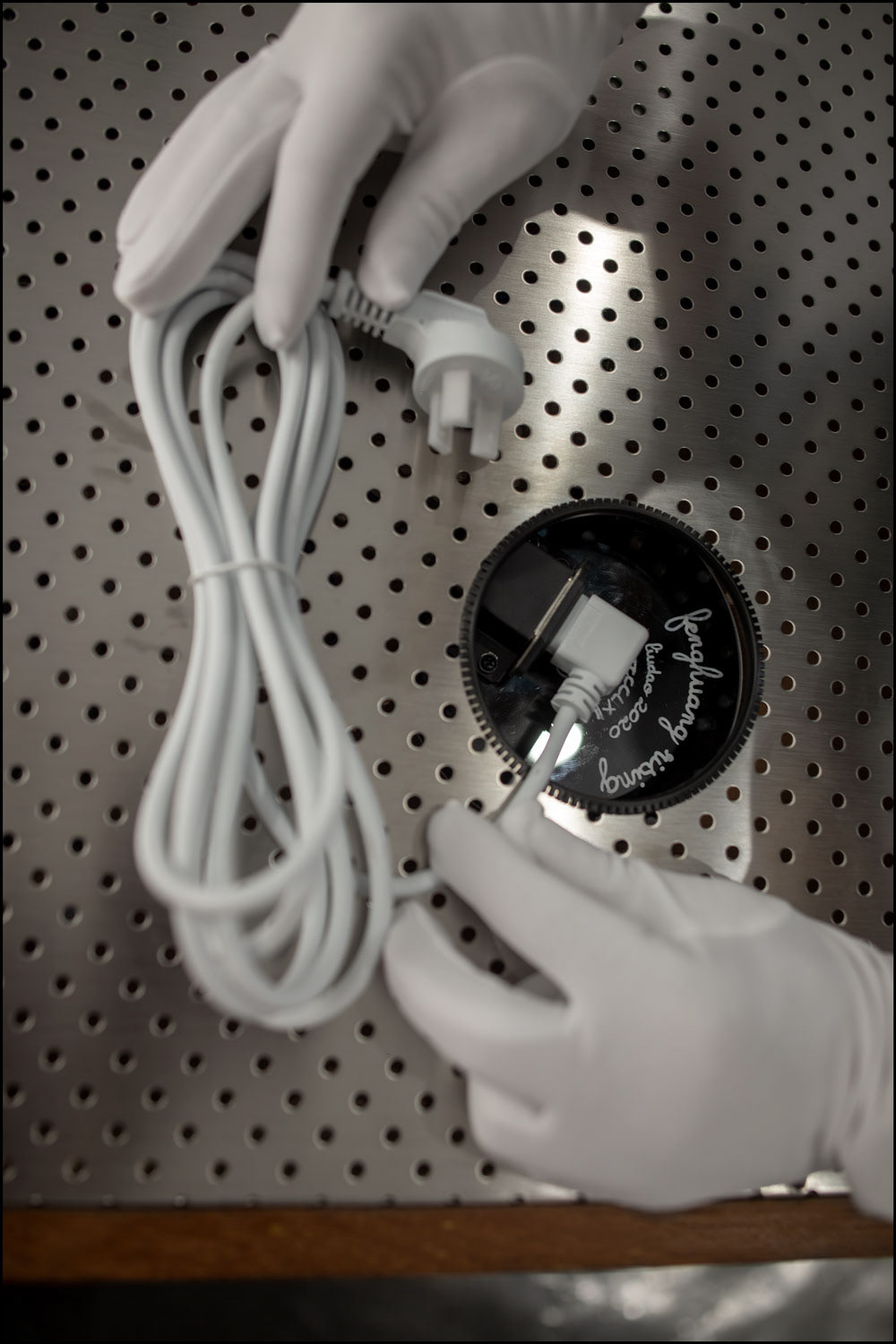 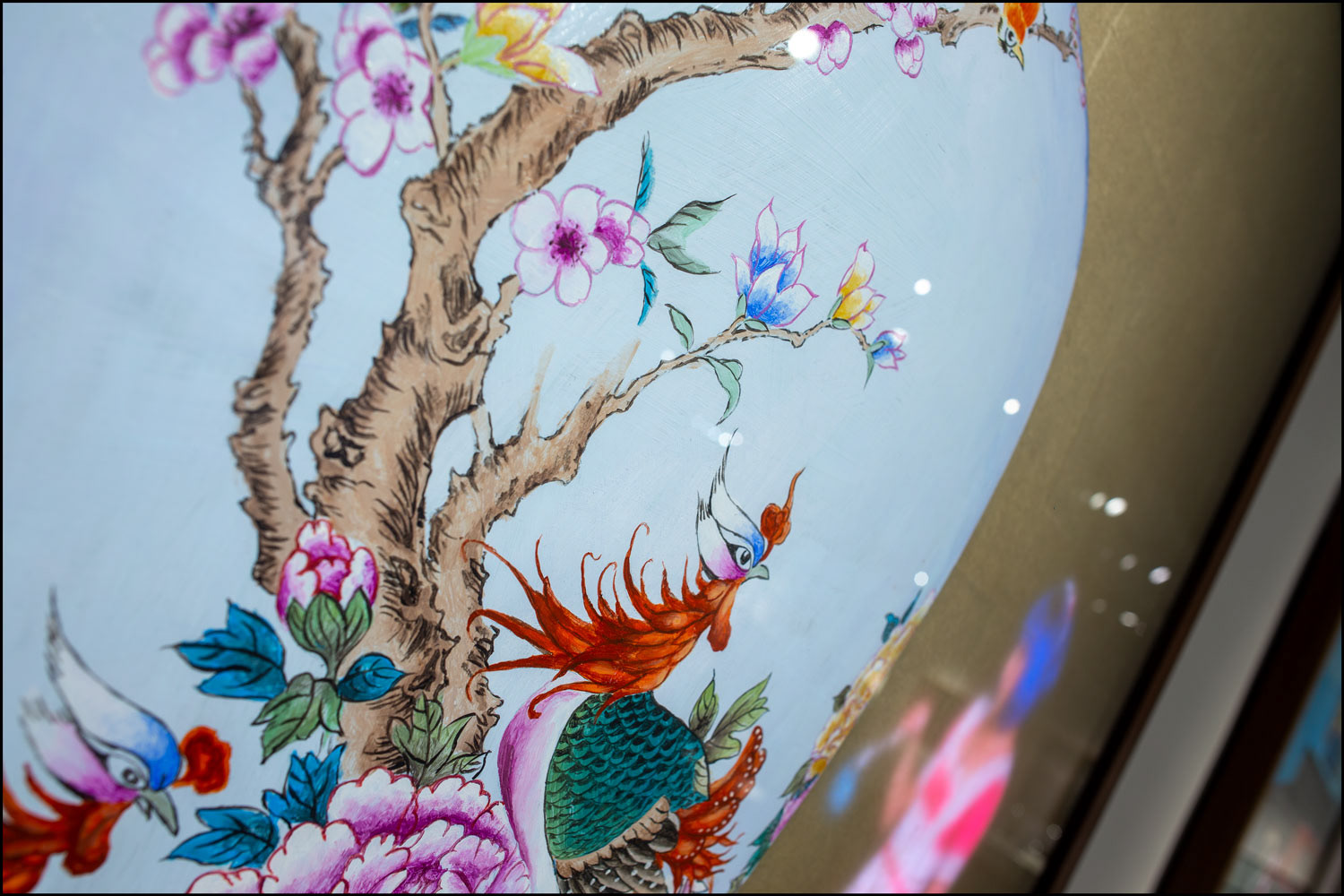 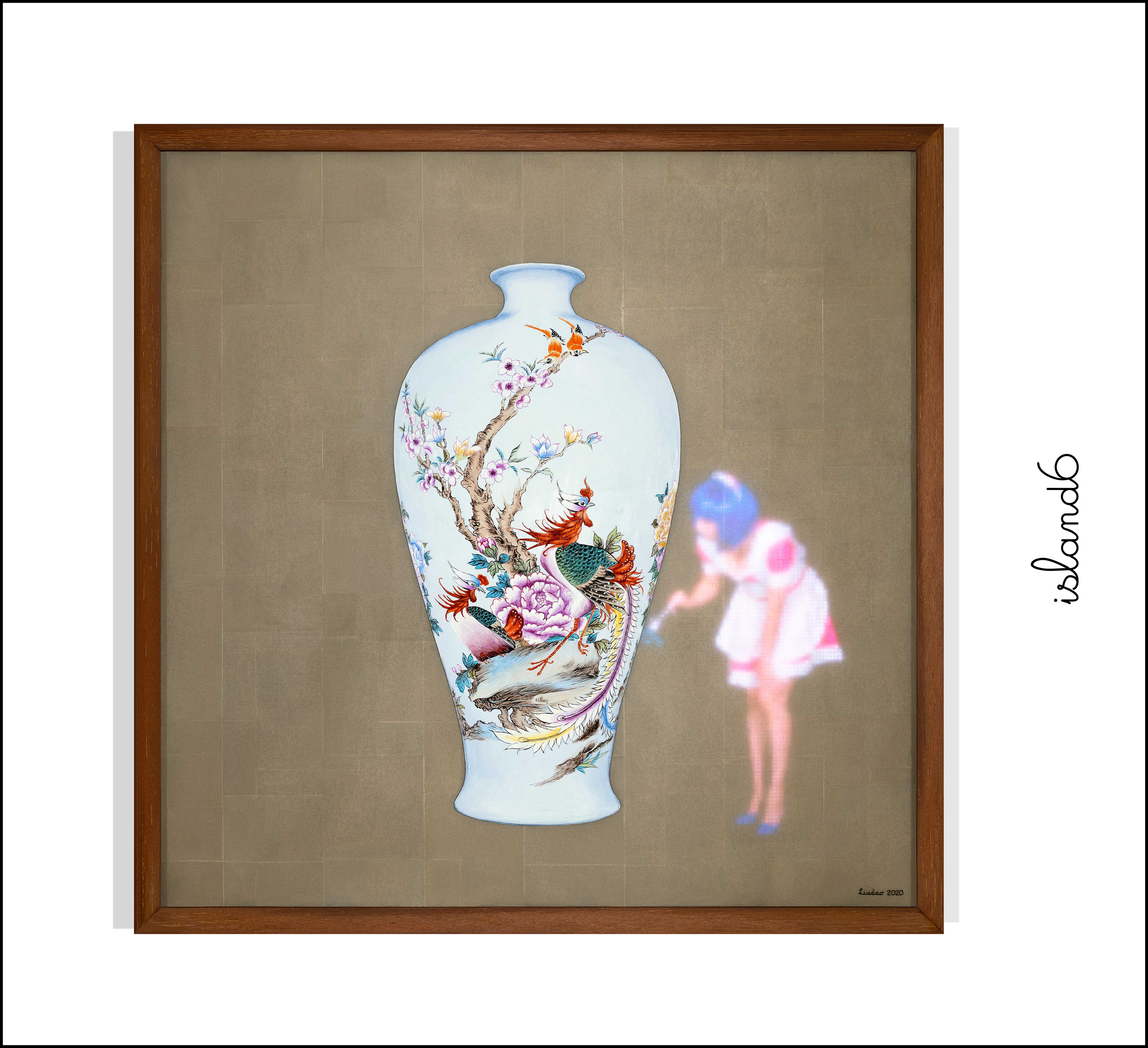 Exit Through The Tea Shop

Tales From The Teapot

Gone With The Blue

Shadow Boxer
↑Back to Top