// BLURB //
"That which is above is like to that which is below, and that which is below is like to that which is above”. This is the second verse of the cryptic Hermetic text known as the Emerald Tablet. It was highly regarded by alchemists as the understructure of their craft. Alchemy was born in ancient Egypt but was also developed independently in China by Taoist monks seeking immortality. This consisted of experimenting with minerals and plants, creating powerful elixirs, and exercise techniques to manipulate the qi (气). The phrase coined, “As above, so below. As within, so without” has many interpretations. It’s often referred to as the principle of correspondence. It reveals the link between the conscience and sub-conscience mind. The metaphysical realm is connected to the physical. Our minds and souls are connected to the outside world. The intent of the phrase is to remind practitioners that immortality will not be achieved without first achieving harmony between the spiritual and physical. Everything is connected like waterlily vines intertwined waking in a puddle of sunlight. Below the surface koi fish swim through the tangles, unaware of the world above, and yet surely linked.
STATUS
1/8 Available. Please CONTACT US for inquiries.
EDITION, MEDIA, SIZE & WEIGHT
8 Editions, Shanghai 2022
RGB LED display, Chinese papercut (Jian Zhi 剪紙) on Plexiglass, Vietnamese linen embedded in hand cast resin, teakwood frame
124.6(W)×124.6(H)×7.2(D) cm // 49 kg
TECH SPECS
• 1×SLC micro SD Card
• 7×MWLPV-60-5 (INPUT 100~240VAC@1.2A / OUTPUT 5V@8A)
• 1×MWLPV20-5 (INPUT 100~240VAC@0.55A / OUTPUT 5V@3A)
• (26+1 spare)×RGB P4-1921-64X32-8S-S1 / SWP4190826XMJF-0238/7112
CRATE SIZE & WEIGHT
138(W)×138(H)×24(D) cm // 99.1 kg
EXPOSURE
“Welcome To The Neighborhood” at island6 Shanghai
CREDITS
Tang Dashi 汤大师 & He Dashi 贺大师 (Chinese paper cutting 剪紙) • Yeung Sin Ching 杨倩菁 (production supervisor) • Thomas Charvériat (art direction & animation) • Tiara Alvarado-Leon (blurb)
CLOSE-UPS 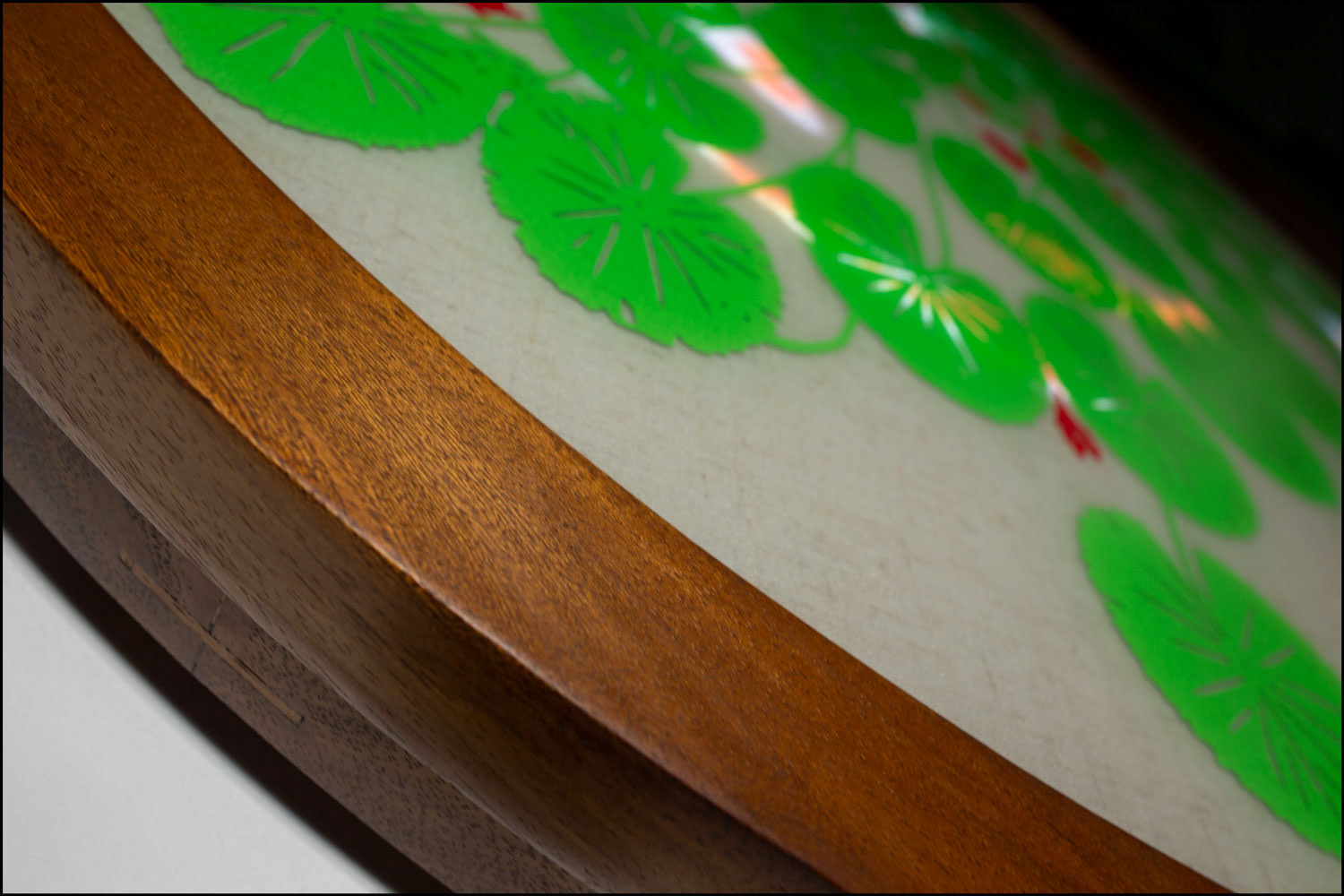 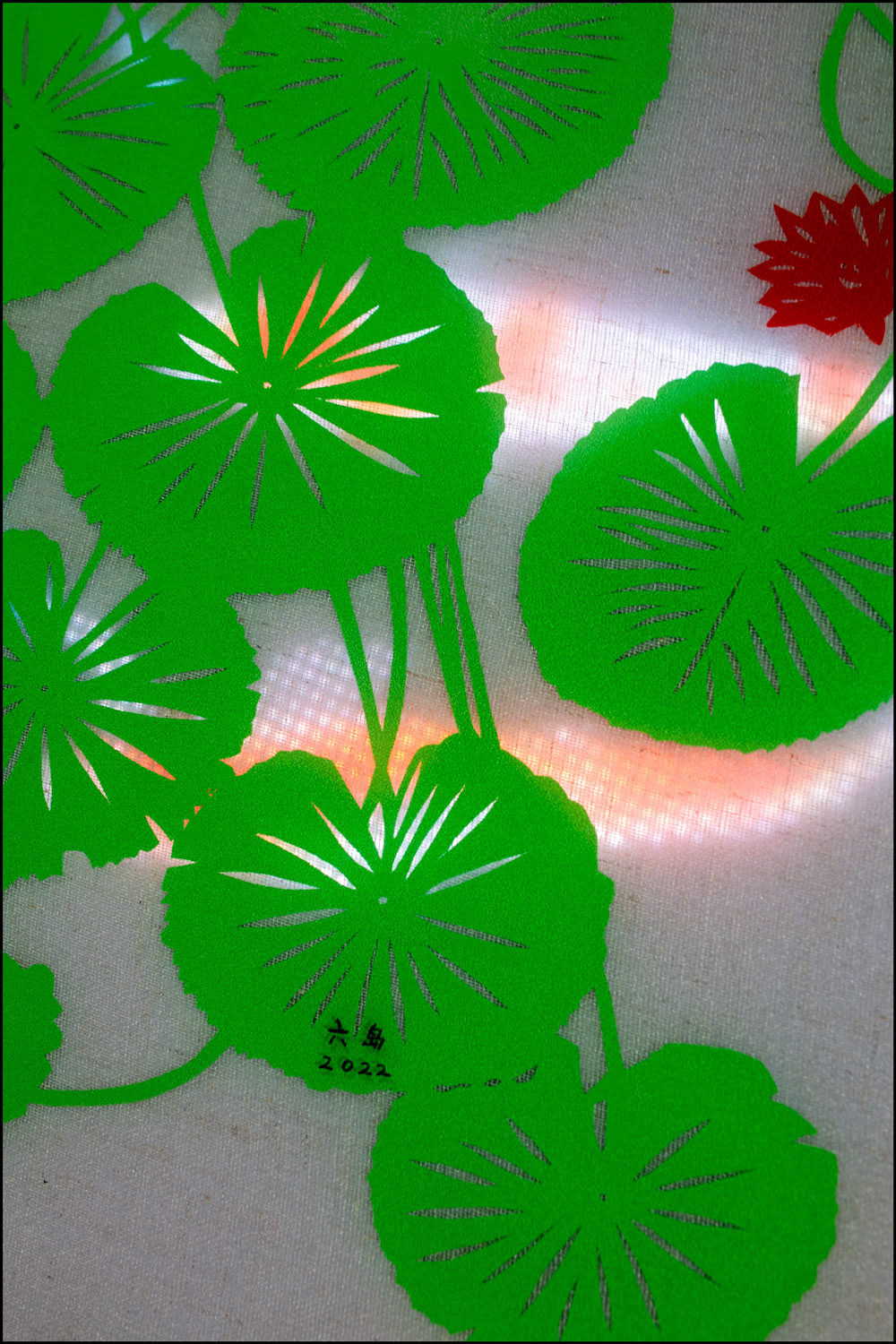 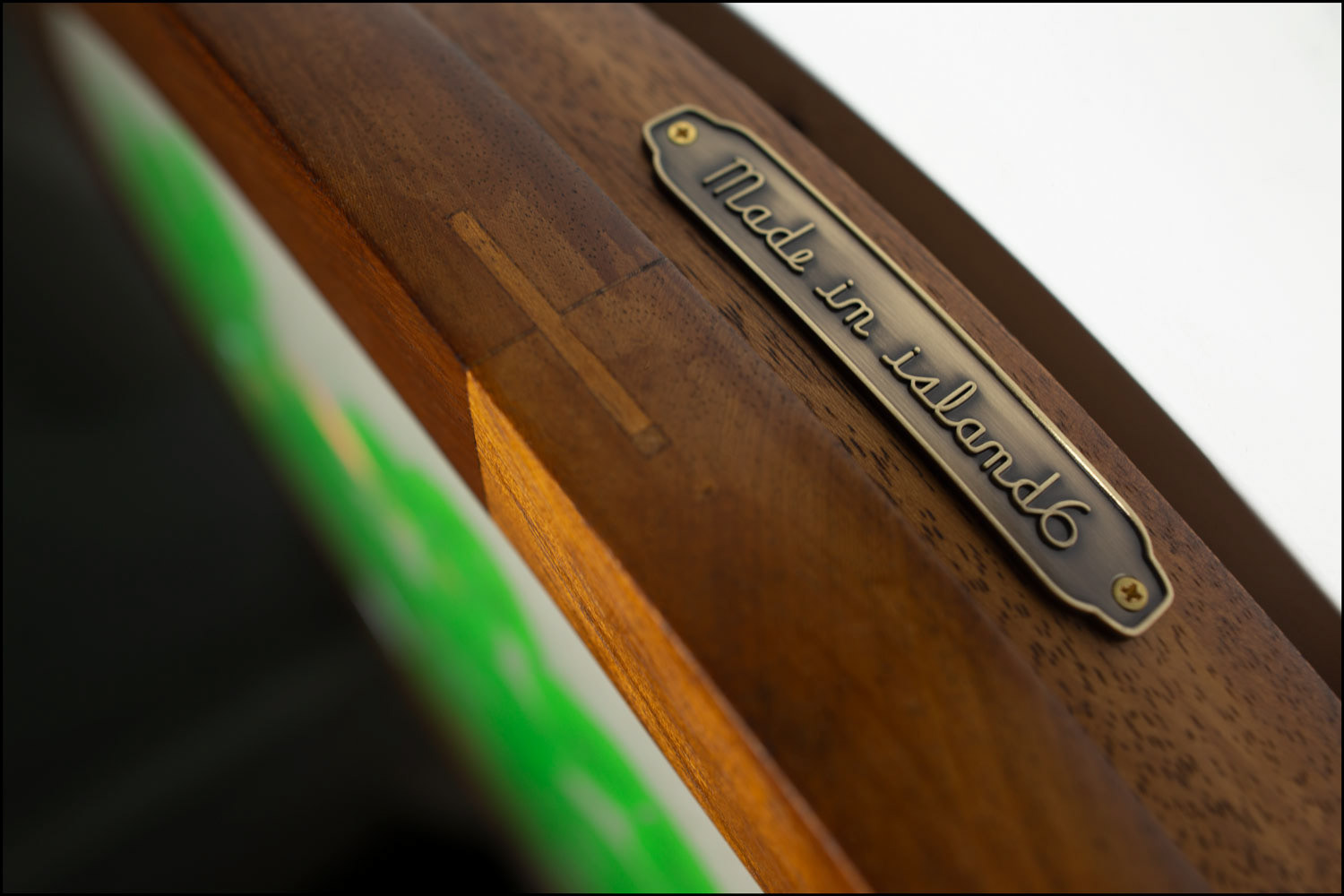 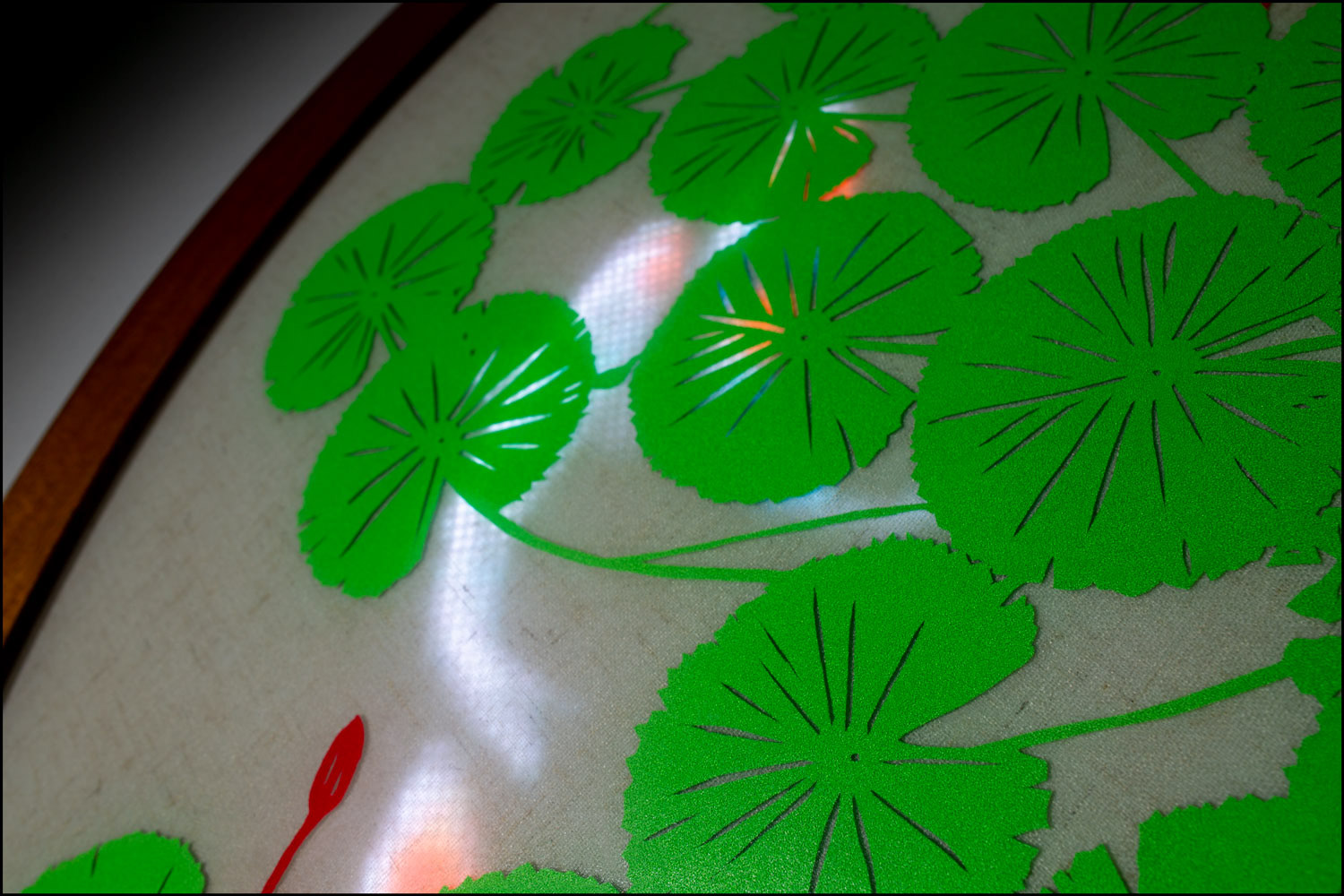 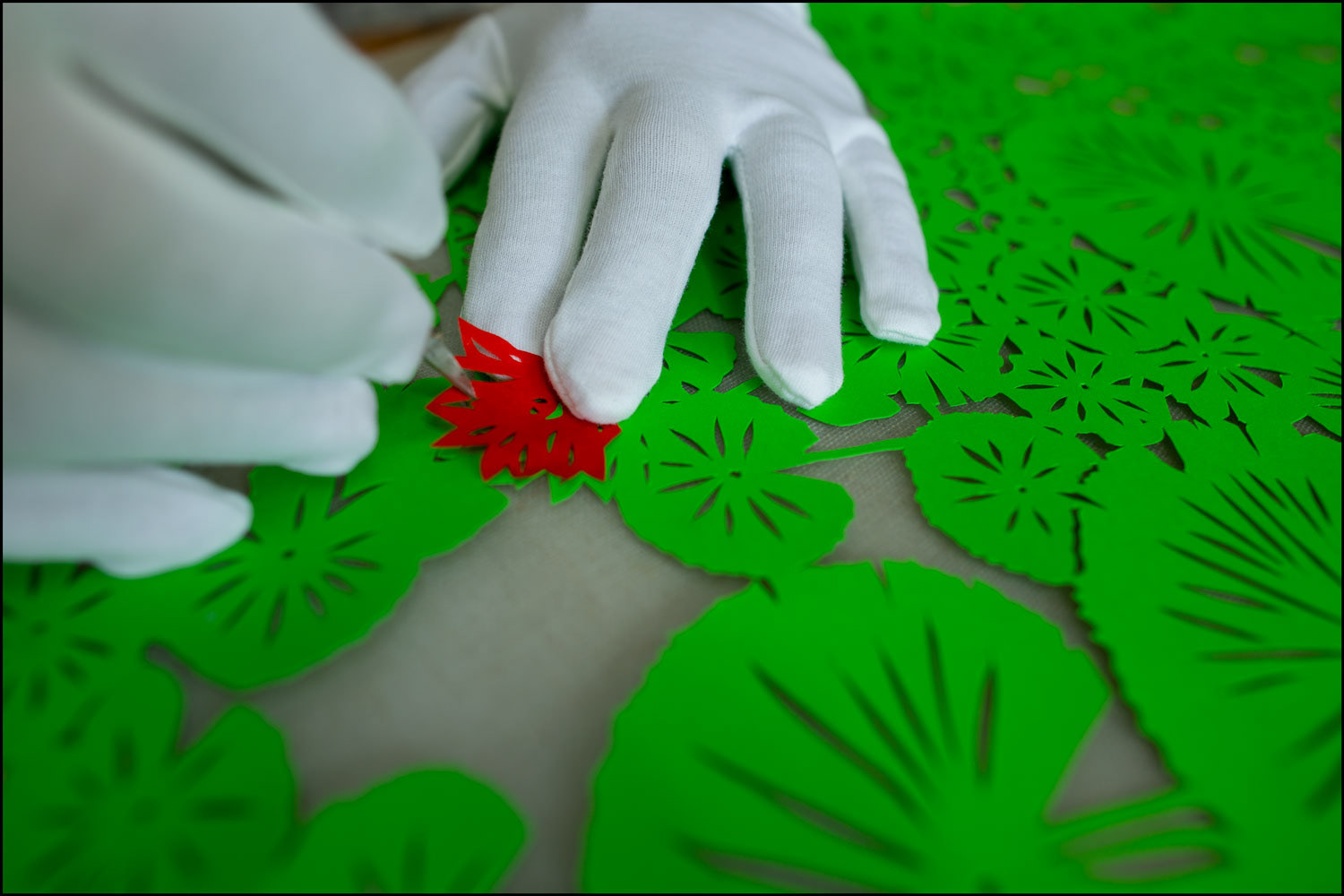 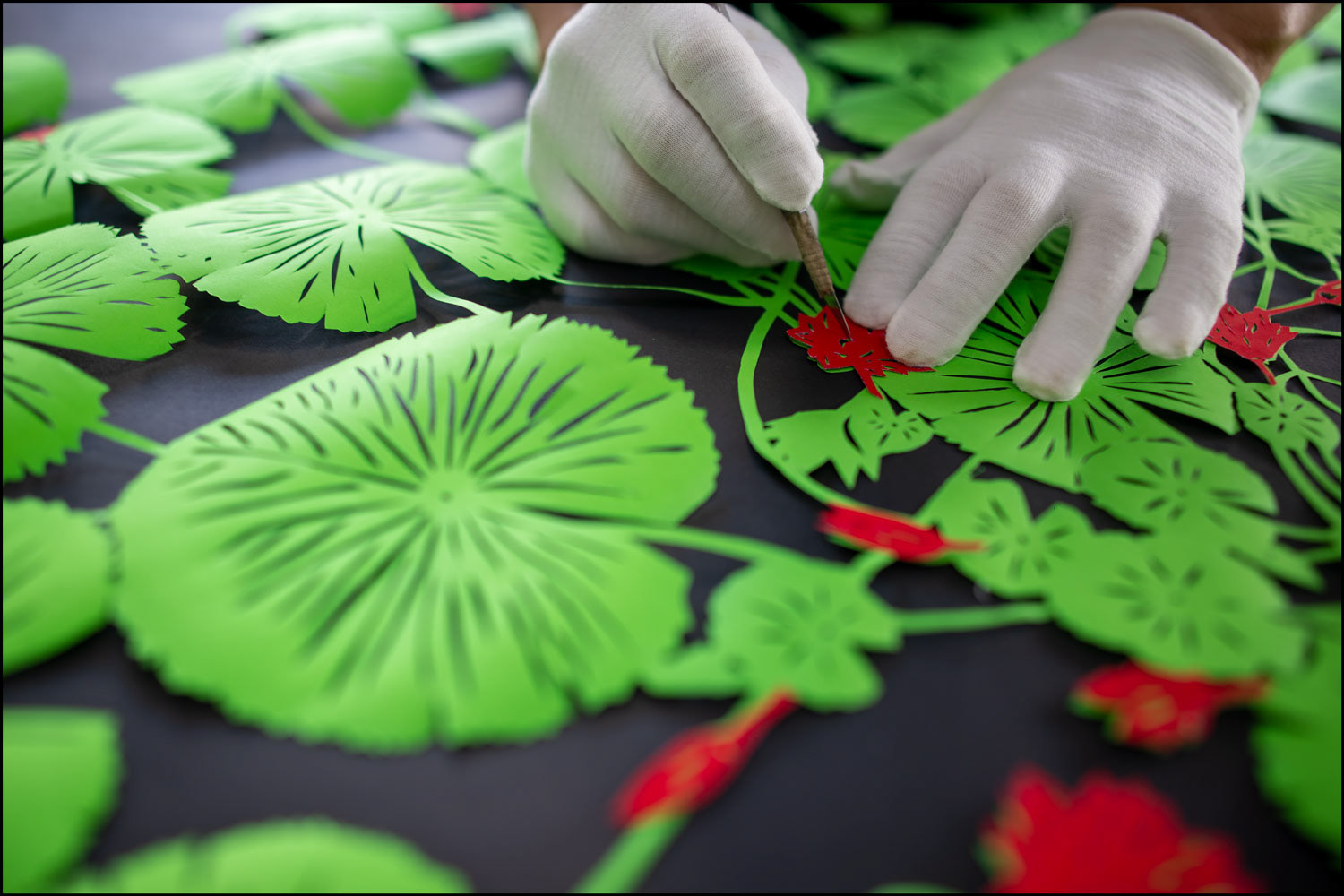 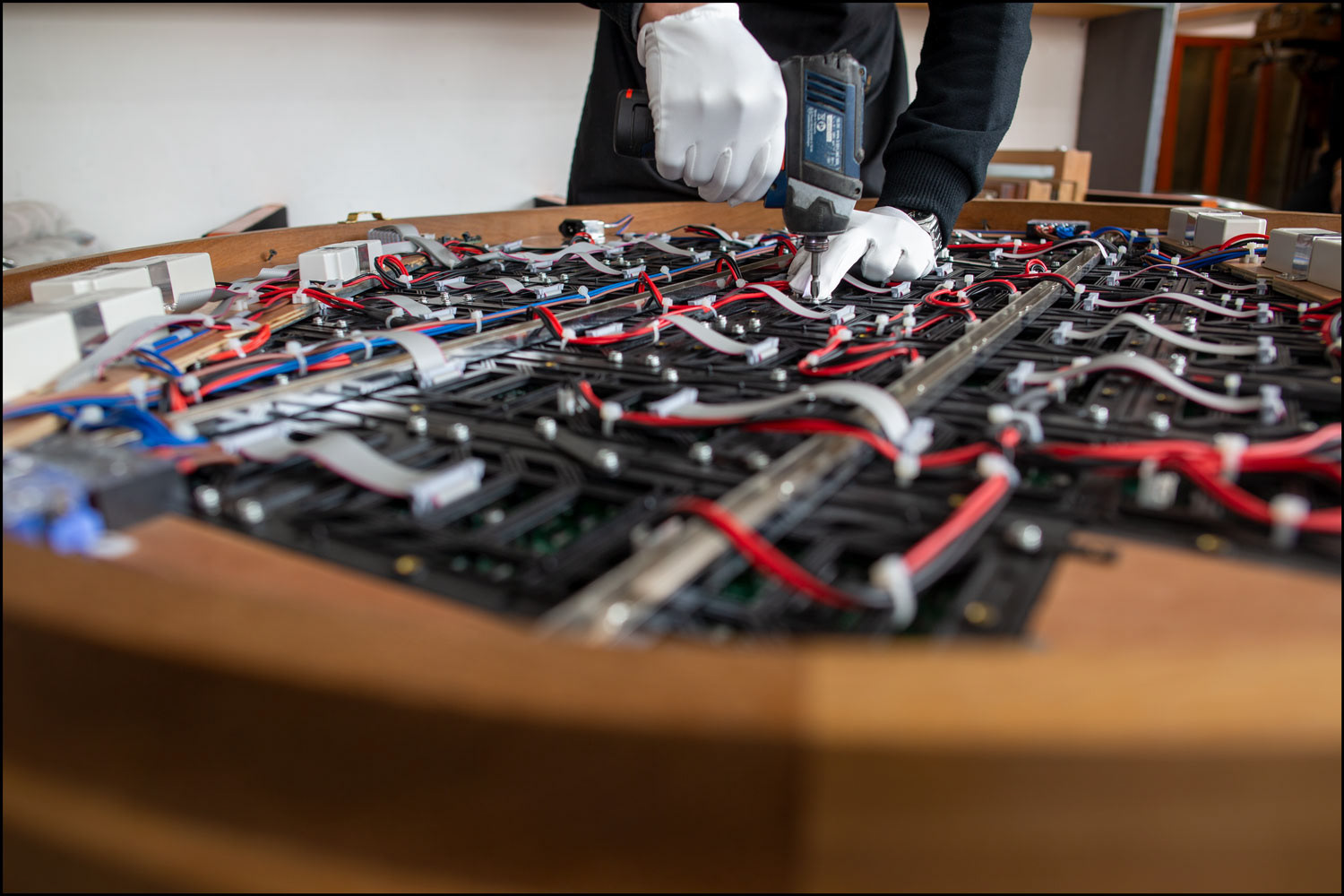 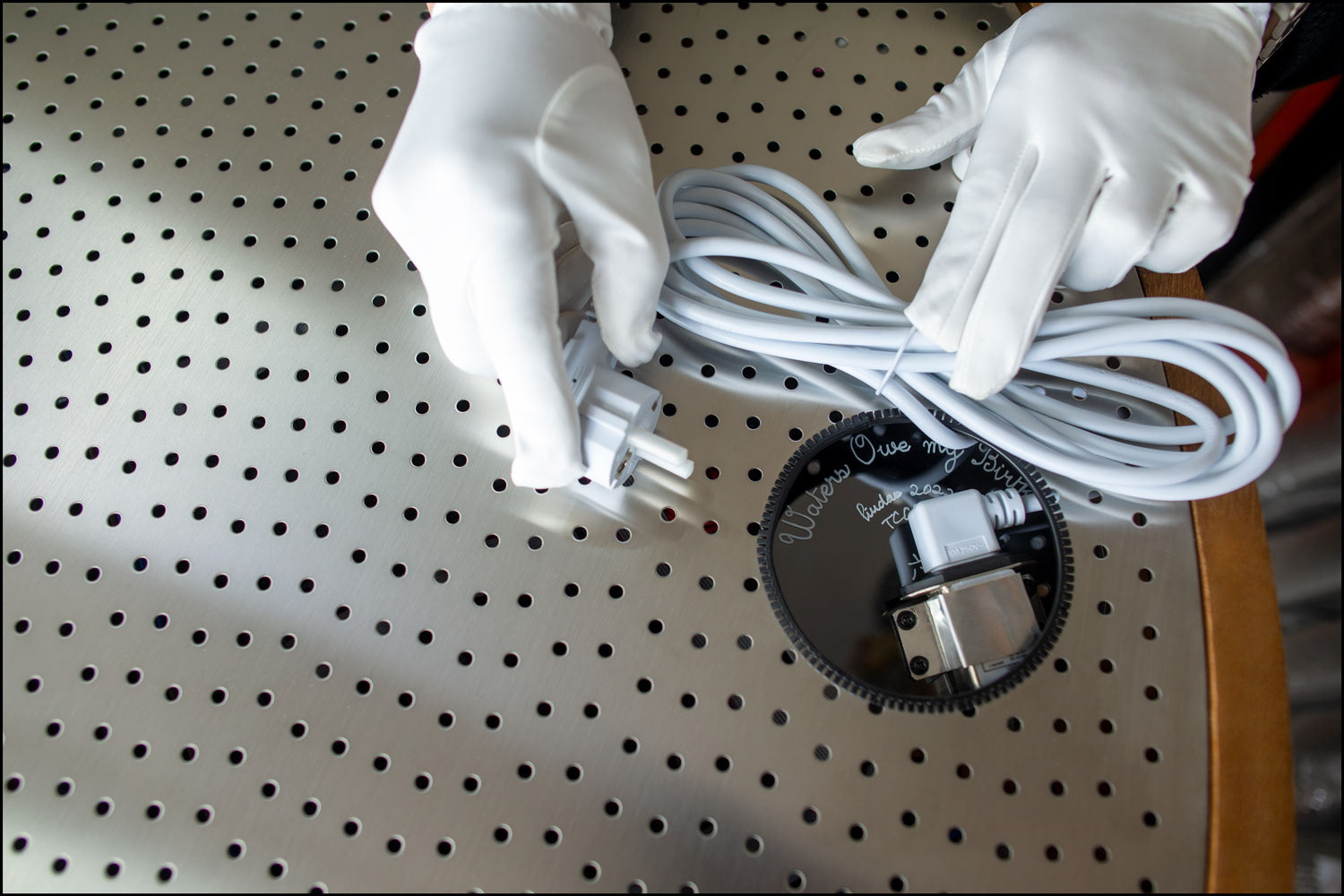 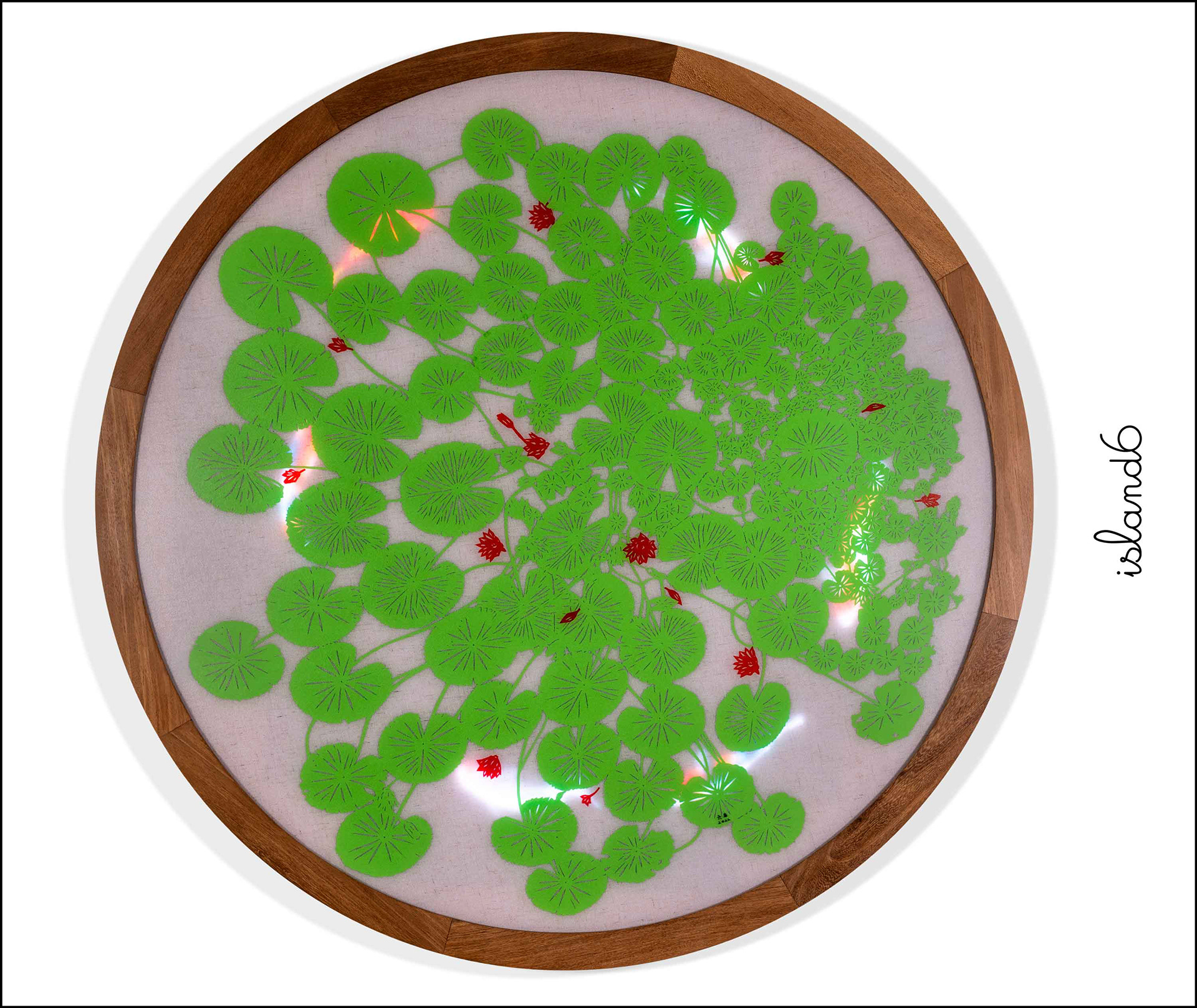 I'm All Over You

Noise Among The Midnight Green

When The Flamingo Dreams

Riding A Gravitational Wave
↑Back to Top