// BLURB //
Neruda once said, “You can cut all the flowers, but you cannot keep Spring from coming.” What’s meant to happen will happen and there’s little to nothing we can do to change that. But that doesn’t stop us from trying right? Predestination vs free will has been the topic of many arguments throughout history. Greek Stoic philosopher Epictetus believed all external events are beyond our control, therefore we should accept whatever happens. However, as individuals we are each responsible for our own actions. Sounds fair. On the other hand, determinism is the philosophical view that every event in the universe, including moral choices are completely determined by previously existing causes. French scholar Pierre Simon Laplace is most famously known for his belief that if we knew all forces that set nature in motion, we would be able to predict the future. Nothing would be uncertain. There are contradictions to this view though, like the chaos theory, which states that even a deterministic system can exhibit impossible to predict behaviors. One example is the butterfly effect, the idea that a small incident can have a huge impact on the future. The term comes from an analogy where a butterfly flapping its wings in the past causes a tornado in the future! No matter what you believe in some things are certain. As the air warms up, and flowers awaken, the swallow too arrives, bringing the promise of Spring.
STATUS
Available. Please CONTACT US for inquiries.
EDITION, MEDIA, SIZE & WEIGHT
Unique Edition, Shanghai 2021
RGB LED display, acrylic painting on Plexiglass, paper collage, teak wood frame
46(W)×65(H)×5.5(D) cm // 9.85 kg
TECH SPECS
• 1×SLC SD Card
• 4×MWLPV20-5 (INPUT 100~240VAC@0.55A / OUTPUT 5V@3A)
• (3+1 spare)×RGB P4-1921-64X32-8S-M3 / SWP4210114MGJF-0490/196
CRATE SIZE & WEIGHT
61(W)×81(H)×22(D) cm // 21.15 kg
EXPOSURE
“Full Throttle Ahead” at island6 Shanghai
CREDITS
Wang Chuanwen 王传文 (painting) • Yeung Sin Ching 杨倩菁 (production supervisor) • Thomas Charvériat (art direction & animation) • Tiara Alvarado-Leon (blurb)
CLOSE-UPS 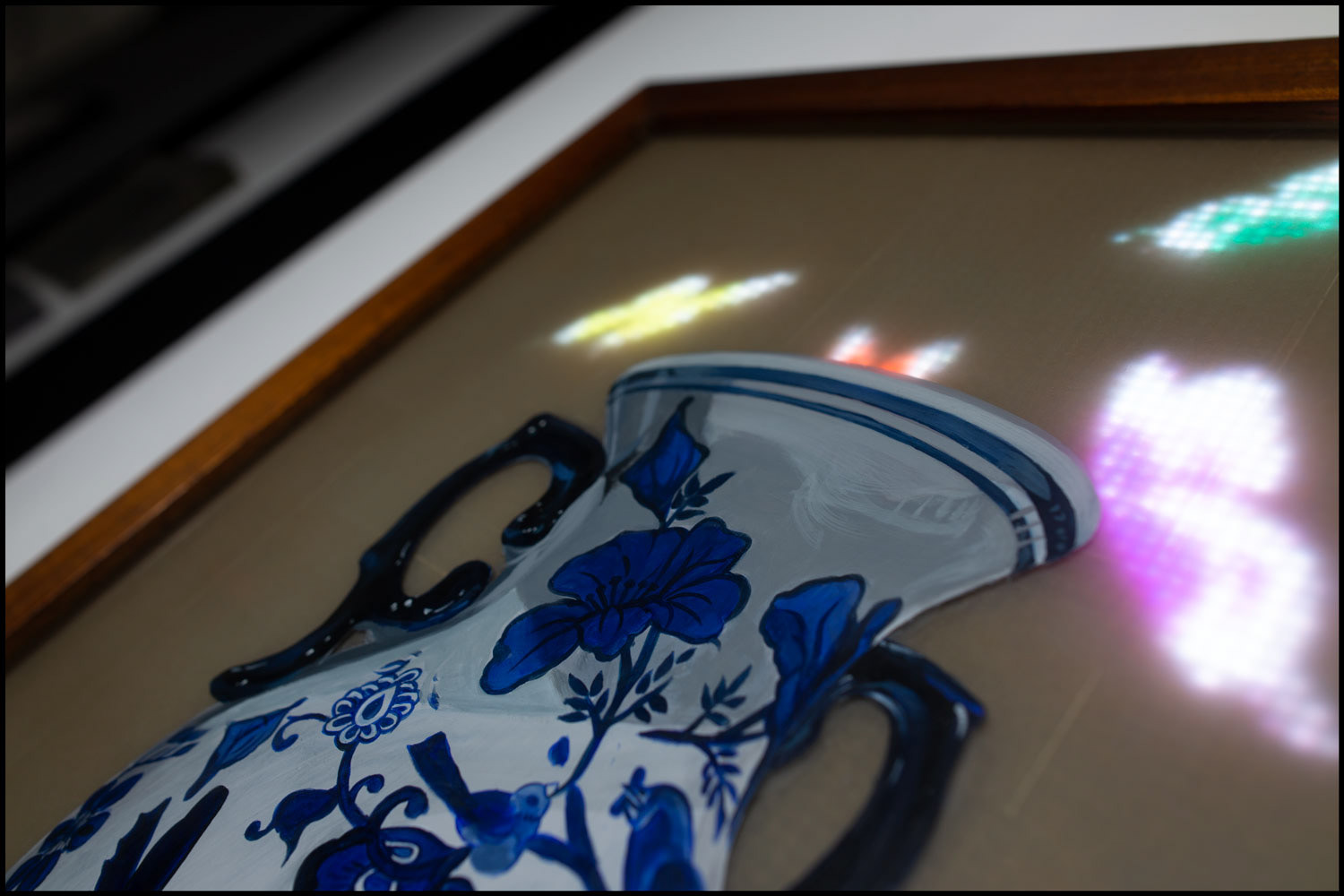 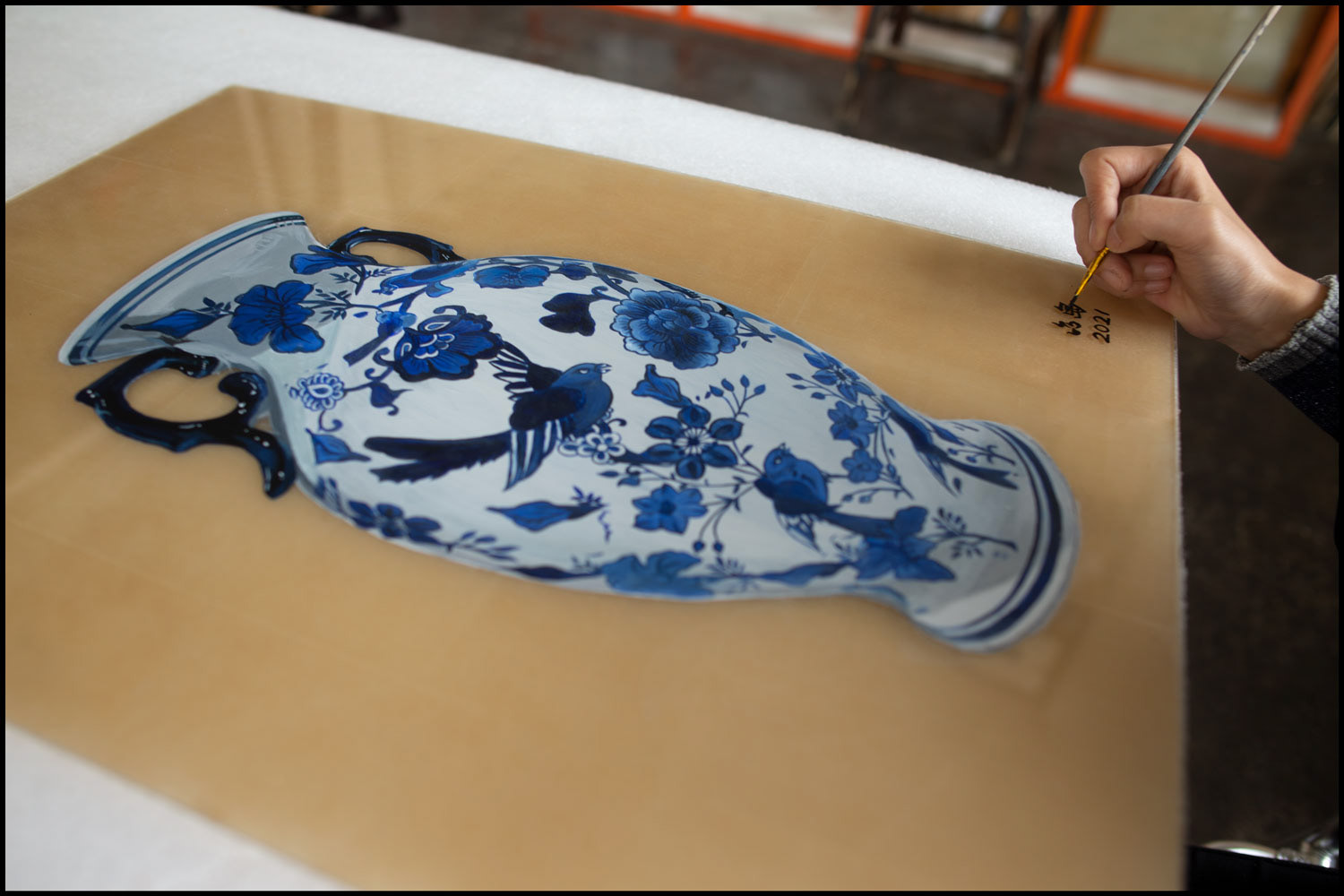 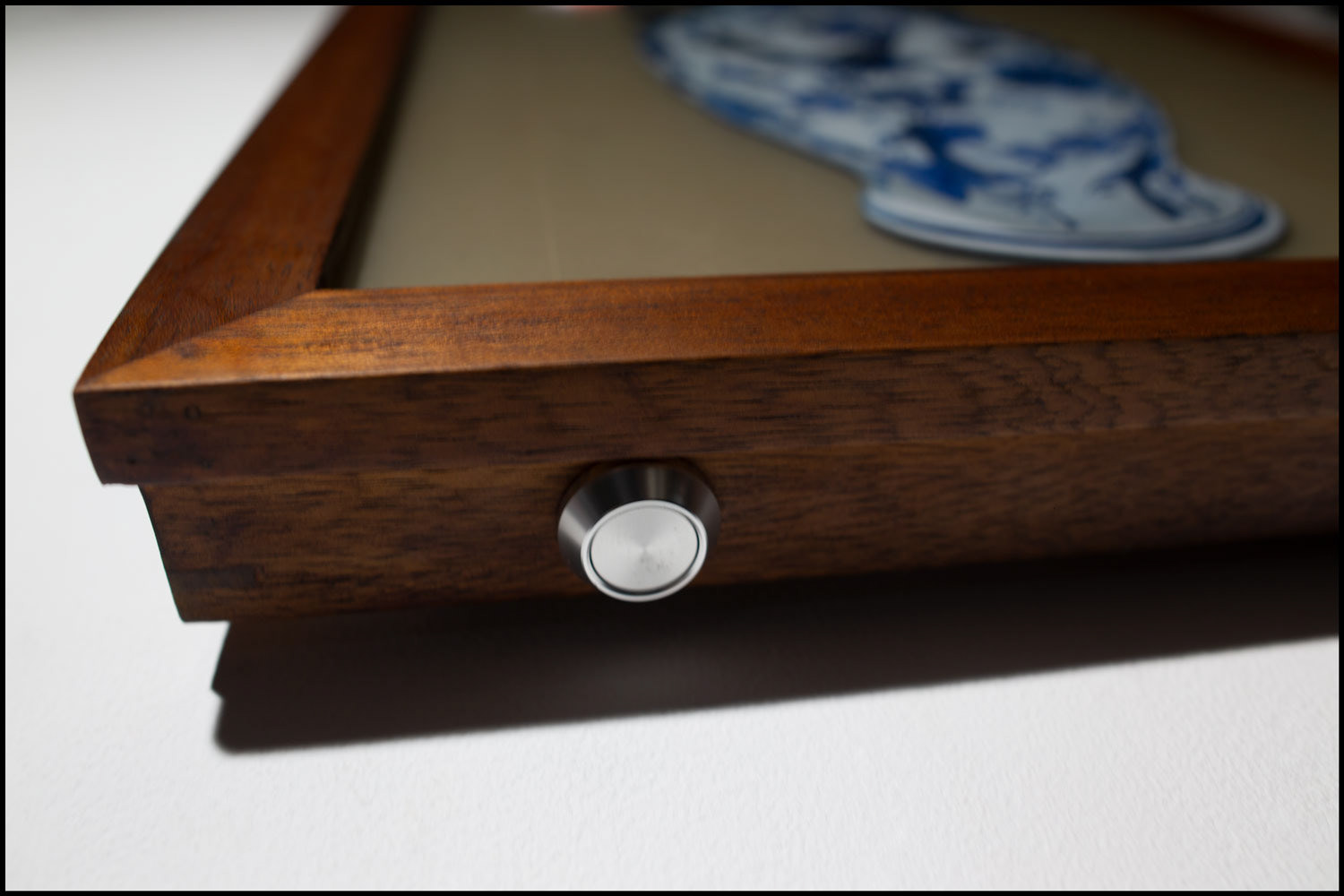 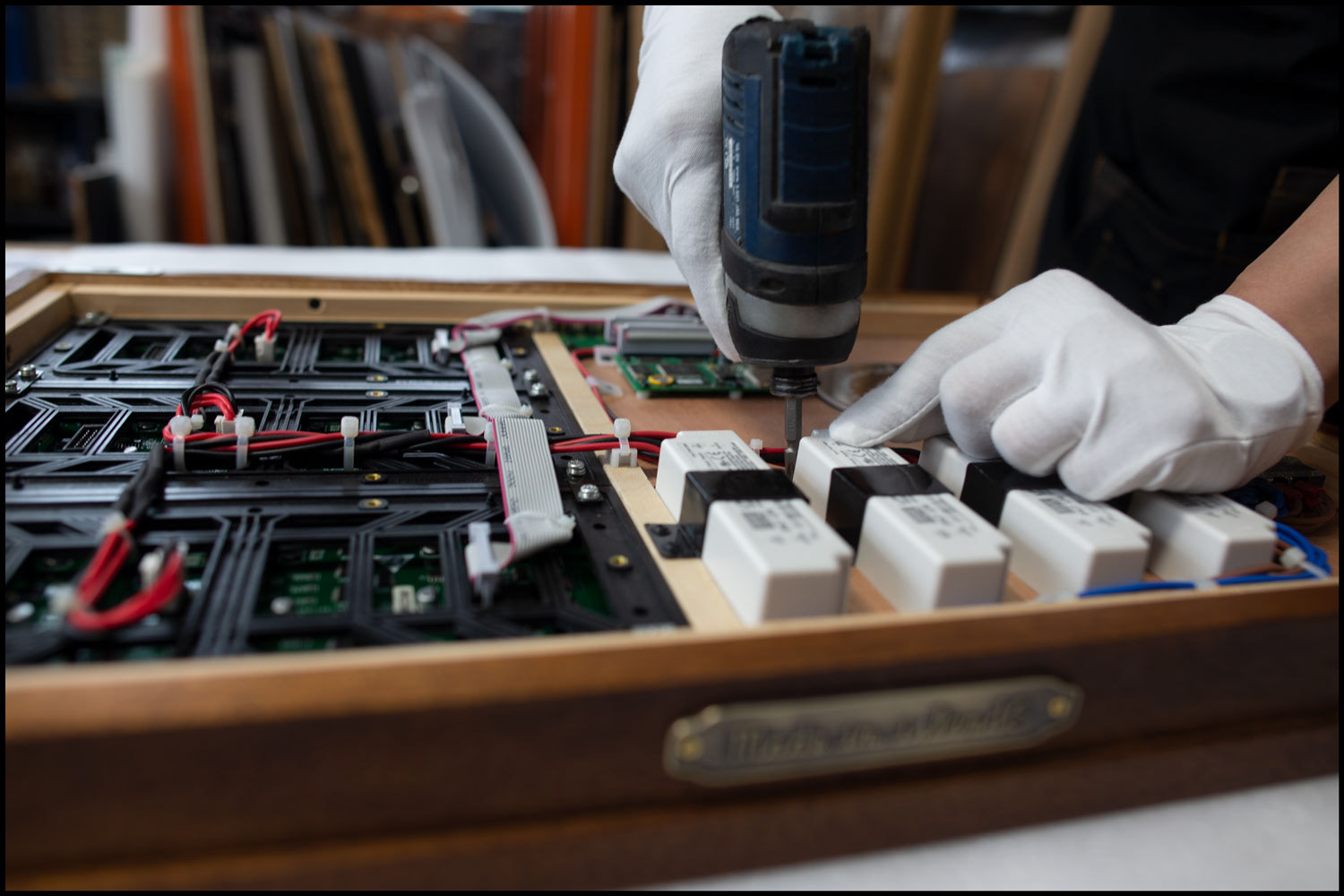 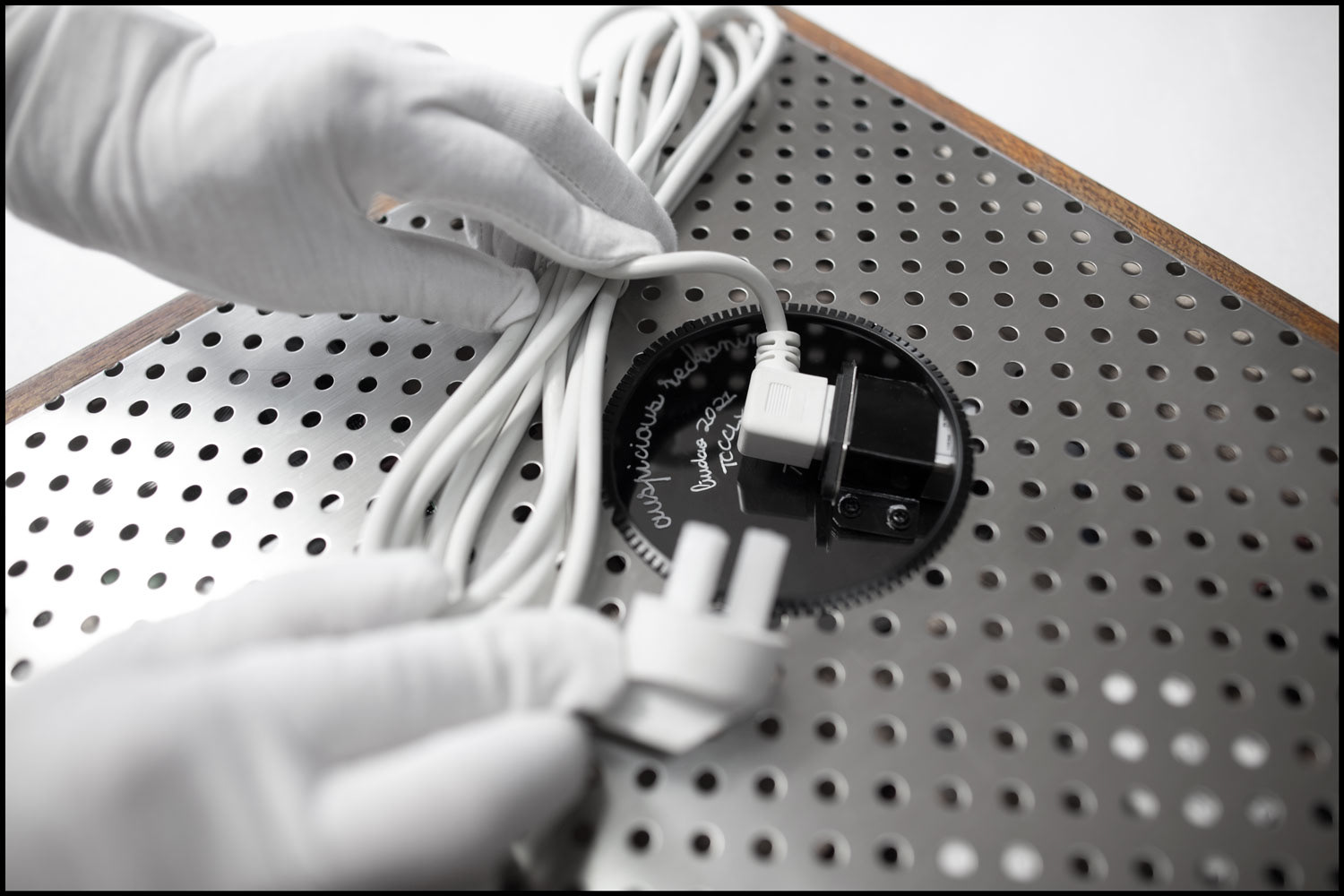 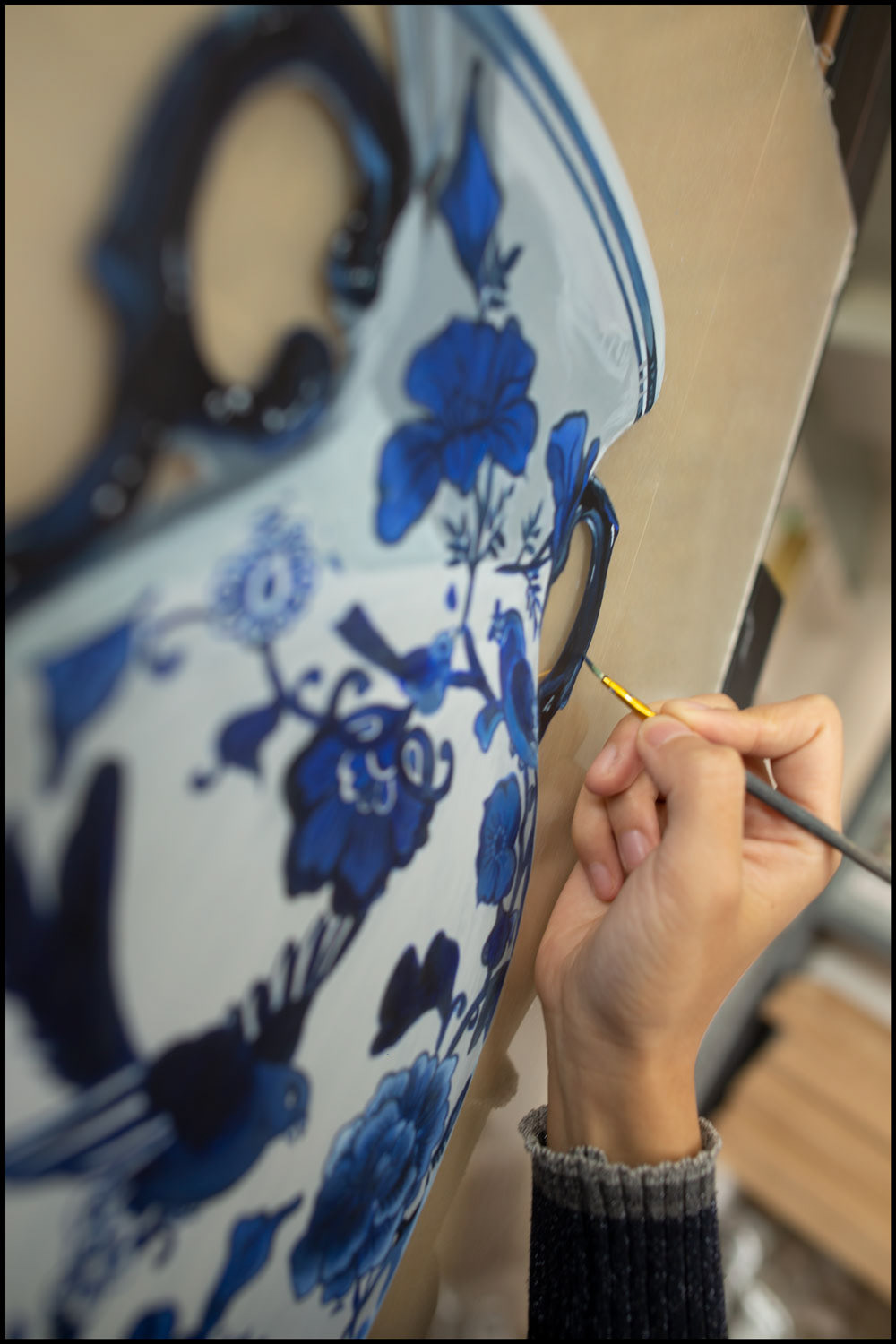 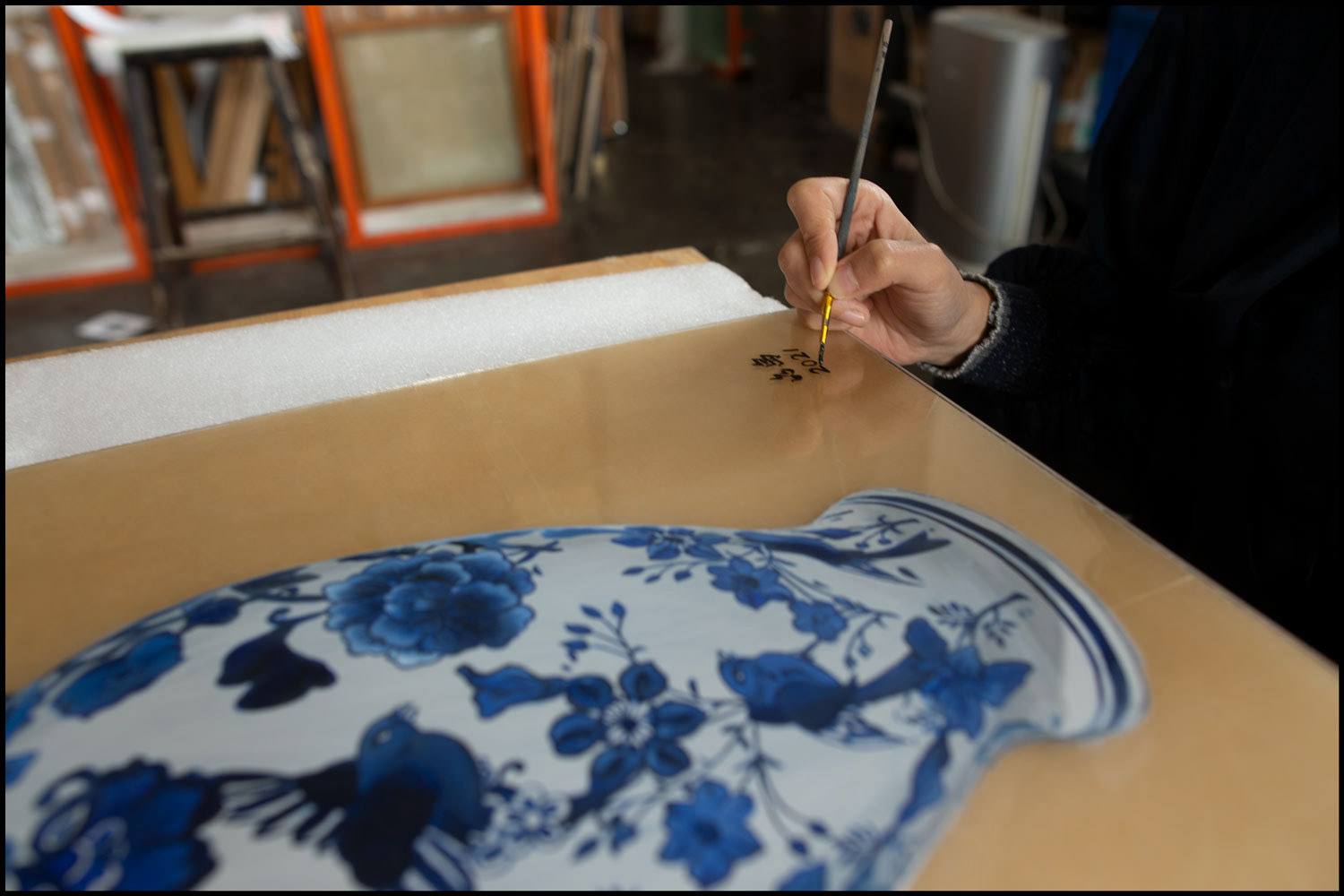 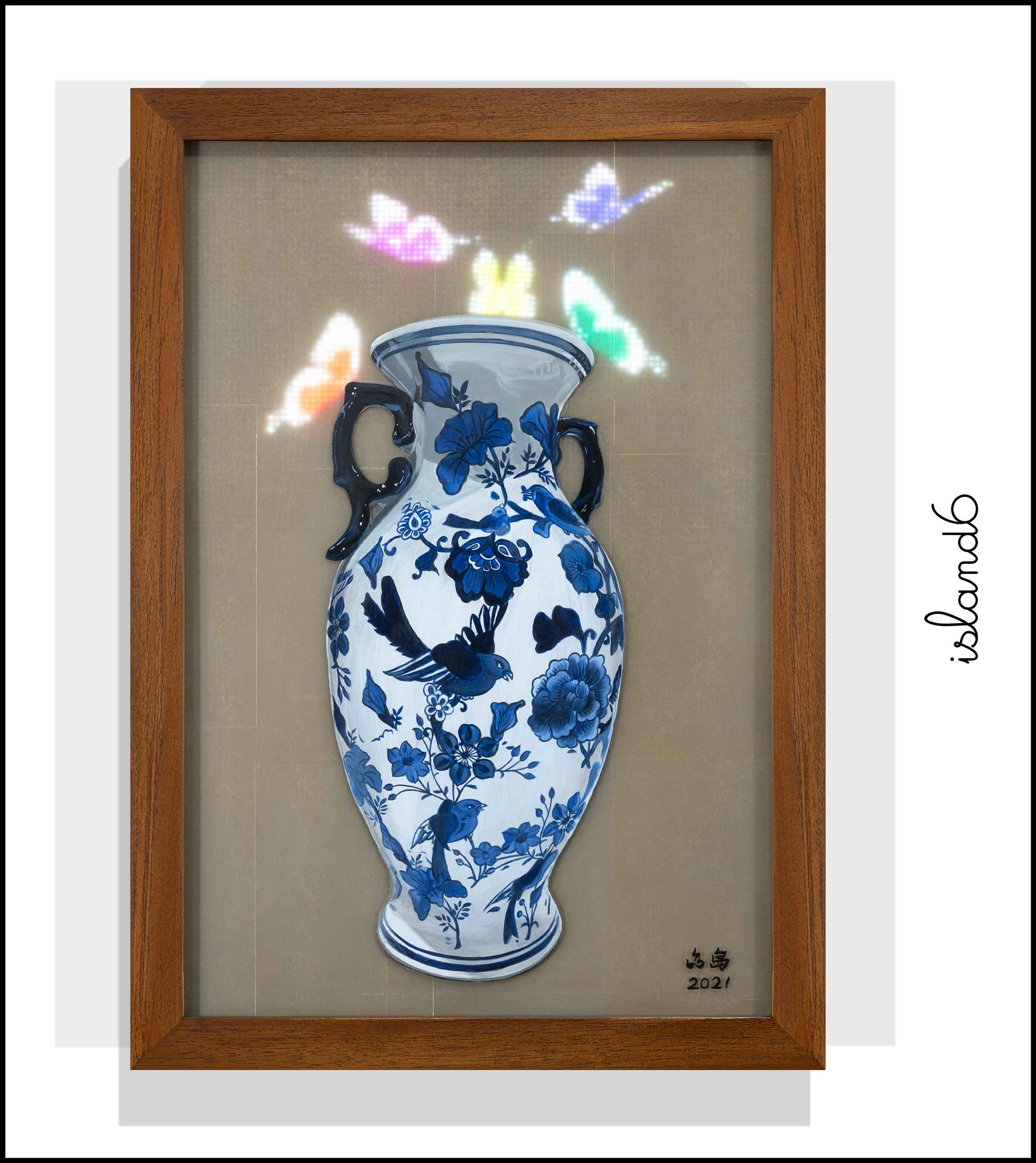 Lullaby From The Past